Johnson's strategy is to subordinate Britain to the U.S.
John Ross 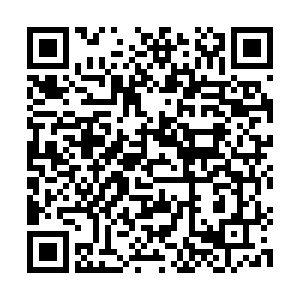 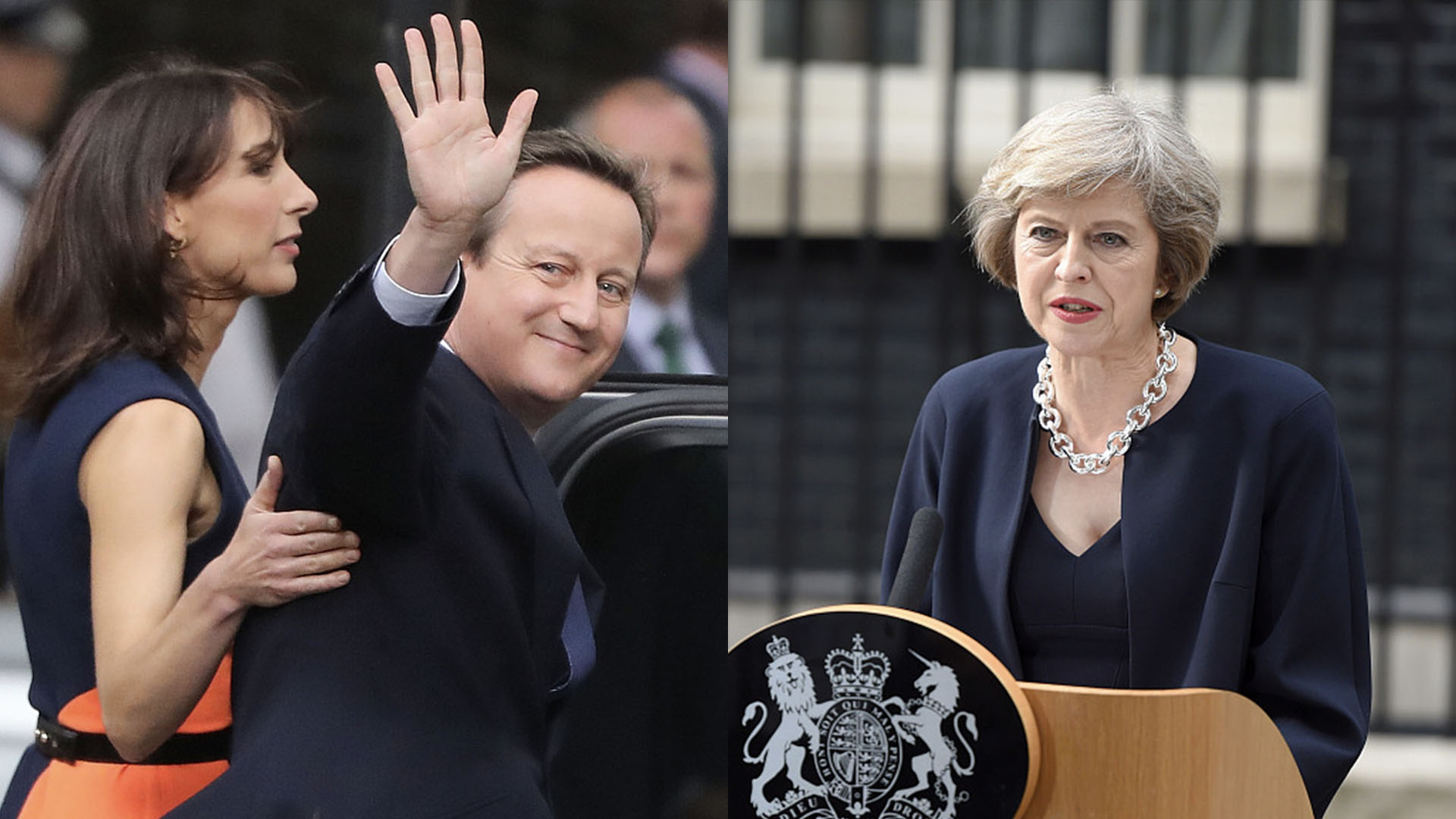 Editor's note: John Ross is a senior fellow at the Chongyang Institute for Financial Studies at Renmin University of China. He is a former director of economic and business policy for the mayor of London. The following is part two of his article "Brexit explains why Britain has played such a provocative role in Hong Kong." The article reflects the author's opinions, and not necessarily the views of CGTN.

The fight over Brexit

Immediately after the referendum vote for Brexit in 2016, an intense fight broke out between the pro-EU and pro-U.S. sections of British capitalism – it is merely a naive illusion to believe that such an important issue was to be decided by a "democratic vote."

Cameron himself resigned as prime minister but his successor, Theresa May, had campaigned for Britain to remain in the EU in the 2016 referendum. Her strategy was to take Britain out of the political structures of the EU but to open up the way for the more important issue of it remaining within the EU's economic structures – the EU customs union. She was supported in this by key figures in the government such as finance minister Philip Hammond. May, therefore, successfully negotiated an agreement with the EU to embody this strategy.

This policy was entirely unacceptable to Trump, for whom the most important thing was precisely that Britain should leave the economic structures of the EU, that is its customs union, and enter into a trade agreement dictated by the U.S. As long as Britain was within the EU customs union it would remain within an economic structure controlled by Germany and had no right to sign a separate trade agreement with the U.S., which would subordinate Britain to the U.S. economy.

Trump, therefore, supported pro-U.S. forces within the Conservative Party, and Brexit Party leader Nigel Farage outside it, in refusing to support May's deal with the EU. In line with that strategy, Boris Johnson also resigned from the May government. Simultaneously, in close contact with Trump, Farage began to build the pro-Trump Brexit Party to electorally threaten the Conservatives – imposing severe defeat on them in the May 2019 elections to the European parliament. Faced with simultaneous revolt inside the Tory Party, and the electoral threat from Farage outside it, after a three-year fight inside the Conservative Party, May was forced to resign.

But because what was in fact taking place was a fierce struggle between pro-EU and pro-U.S. sections of British capitalism this process necessarily had significant implications for Britain's relations with China – which could be seen very clearly not only in relation to Hong Kong but also in relation to Huawei. 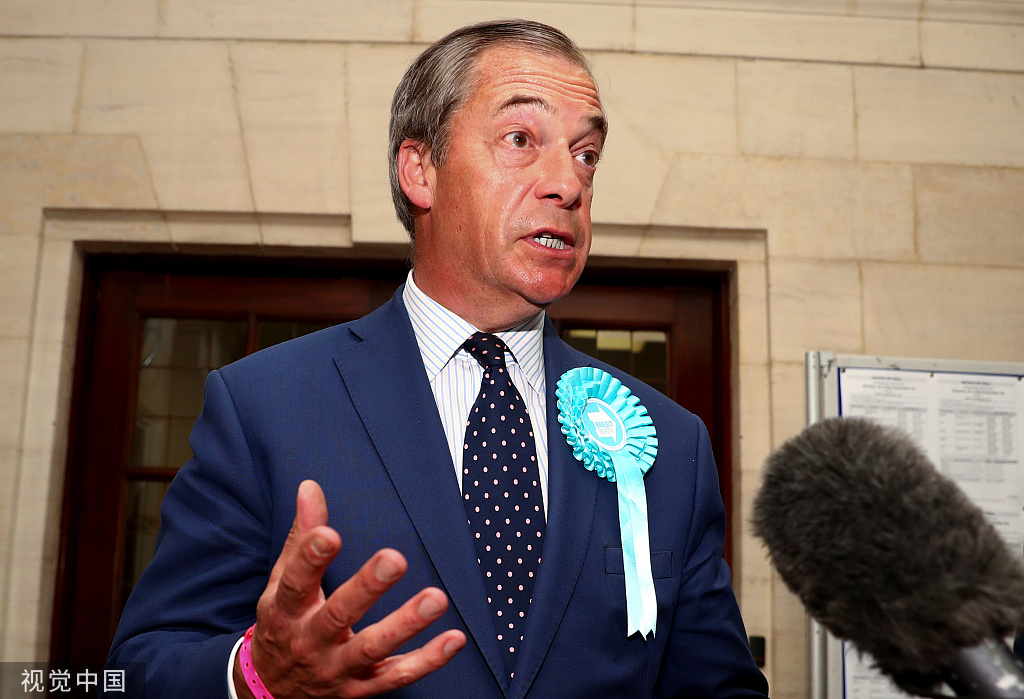 As part of his strategy for the "golden age" of relations with China, the pro-EU Cameron allowed Huawei to strongly participate in the building of Britain's telecommunications system – thereby getting the advantage of Huawei's technical expertise and competitive prices. This policy, of course, aided not only Huawei but also strengthened the British economy as it gave access to the most technologically advanced and price competitive solutions for its telecommunications infrastructure.

With the offensive by pro-Trump forces, May abandoned the approach of Cameron's "golden period" of relations with China but nevertheless still sought to maintain some of the advantages for the British economy of Huawei's involvement in the British telecommunications system. Therefore, May's government cut back on Huawei's participation in British telecommunications, by saying that Huawei could not participate in "core" parts of the new 5G system, but nevertheless it decided Huawei could participate in "non-core" aspects. This, however, did not go nearly far enough for Trump/the U.S., which wanted Huawei excluded from the British 5G system altogether – in line with the total ban on Huawei participation in telecommunications infrastructure in the U.S.

Having secured a partial victory in excluding Huawei from the core parts of Britain's 5G system, the U.S. began to step up pressure to cut Huawei out of the British 5G telecommunications system altogether. A key weapon to achieve this is that if Britain withdraws from the EU customs union, it can then enter into a trade agreement with the U.S. – securing a key goal of the Trump administration. As the British Sunday Telegraph noted, to which details on the trade negotiations with the U.S. had been leaked: "Donald Trump's negotiators have signaled that the next prime minister's hopes of a post-Brexit trade deal with the United States rest on his willingness to fall in line with tough American policies against the Chinese telecoms giant Huawei."

This increasingly anti-Huawei position, with the advance of pro-U.S., pro-Brexit forces, precisely paralleled in time the transition from Britain respecting the terms of the agreement in 1997 with China about Hong Kong to its new provocative attempts to interfere in Hong Kong.

It may be seen as a major misunderstanding in the media to see Brexit as a purely British domestic issue unconnected with its relations with China and issues such as Hong Kong. On the contrary, Britain's provocative attitude in Hong Kong, and the growth of attacks on Huawei, was integrally related to the fight taking place around Brexit. 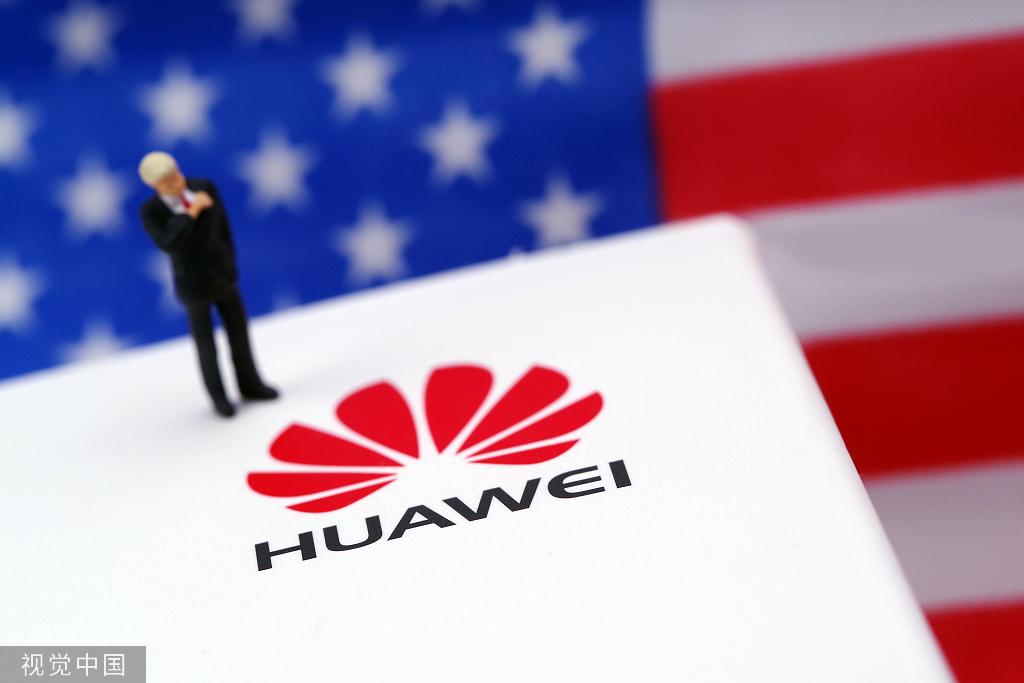 Huawei's been banned by the U.S. government. /VCG Photo

Huawei's been banned by the U.S. government. /VCG Photo

Johnson's strategy is to subordinate Britain to the U.S.

Given the forces which Johnson rests on, his policy is of even greater subordination of Britain to the U.S. His policy might be summarized as that Britain should be reduced from that of pet poodle to the U.S. to that of pure lap dog, or that Britain should act like the equivalent of the 51st state of the U.S., except that it would not have the right to vote in U.S. elections! As The Times noted under the self-explanatory headline "Boris Johnson to seek Trump trade deal in first move as leader": Johnson wants to make resetting relations with President Trump one of his first acts in Downing Street by traveling to the United States to negotiate a post-Brexit trade deal.

Johnson's orientation was illustrated graphically during the recent enforced resignation of the British Ambassador to the U.S. Kim Darroch following the leak of briefings he had sent to the British government. This event illustrated once more the sabotage carried out of May's government by pro-Trump, pro-U.S. forces. Almost all British politicians reacted to this issue by emphasizing the danger leaks of such top-secret information pose to British state functions. But Johnson, on the contrary, concentrated on public defense of Trump, thereby forcing the resignation of the ambassador. As one British journalist aptly put it on Twitter, the ambassador was: "In effect, sacked by Johnson on the orders of Trump."

In line with his previous praise of Johnson, Trump on July 19 declared: "I like him. I spoke to him yesterday. I think we're going to have a great relationship." Leaving no doubt as to his intentions, Trump declared May had "done a very bad job with Brexit" and that "I think Boris will straighten it out." Trump thereby also revealed that he was already coordinating with Johnson during the Tory leadership campaign before Johnson became prime minister.

Given this orientation, Johnson as prime minister may be expected to follow an even more pro-U.S. orientation than May on issues such as Hong Kong.

Brexit explains why Britain has played such a provocative role in Hong Kong, part 1

Brexit explains why Britain has played such a provocative role in Hong Kong, part 3