The clash of British political forces and China
John Ross 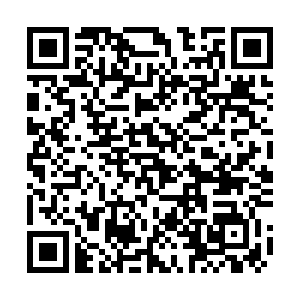 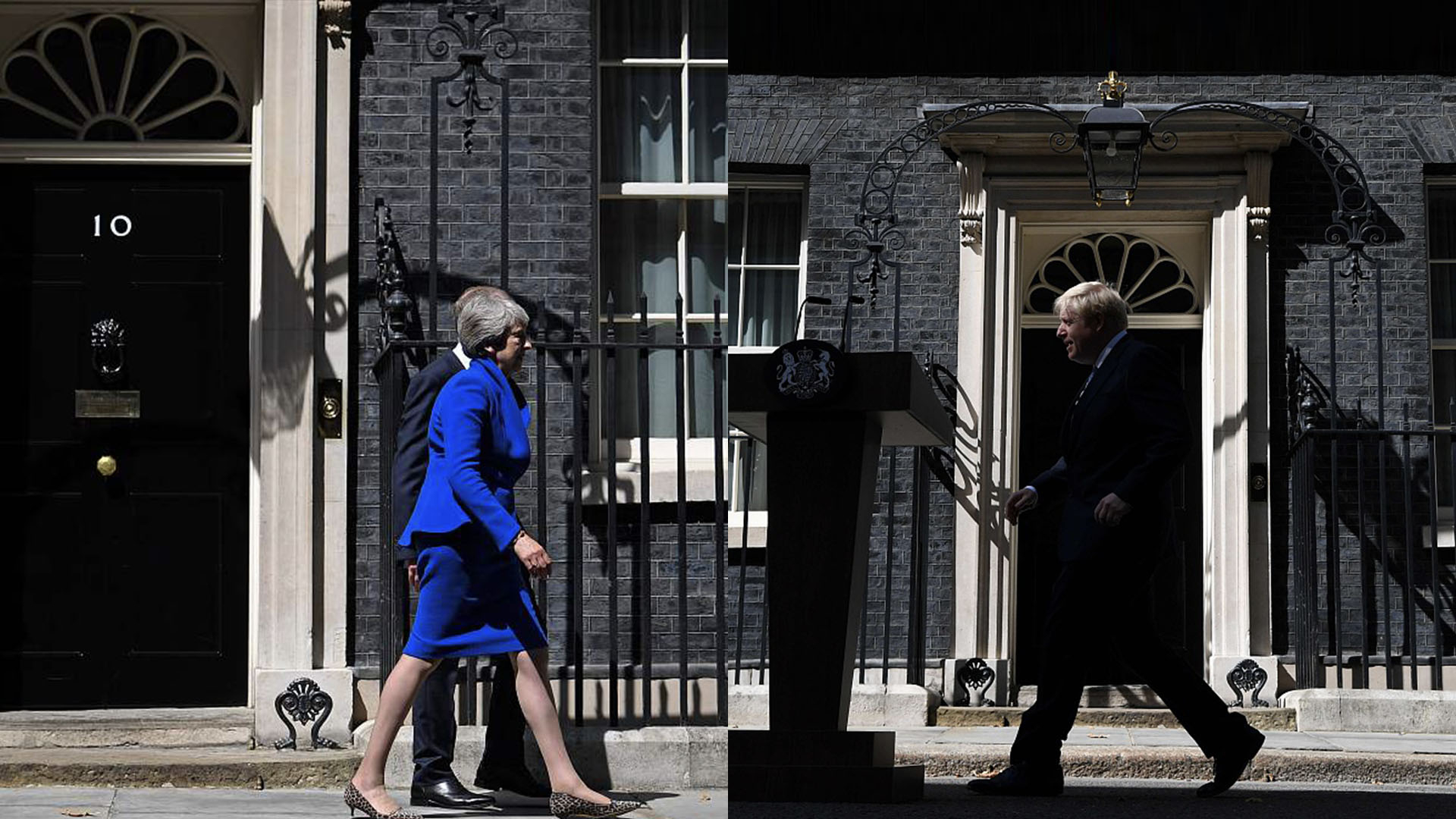 Editor's note: John Ross is a senior fellow at the Chongyang Institute for Financial Studies of the Renmin University of China. He is a former director of economic and business policy for the mayor of London. The following is part three of his article "Brexit explains why Britain has played such a provocative role in Hong Kong." The article reflects the author's opinions, and not necessarily the views of CGTN.

The clash of British political forces and China

It is clear from the above that the advance of the pro-Trump pro-U.S. Boris Johnson forces are linked to Brexit and are against the interests of China – and would be expected to lead to even more anti-China positions on Hong Kong, Huawei and other issues. But it is important to understand that the final outcome of this fight is not at all yet decided, because the issue of Brexit is not yet settled.

Neither side in that fight has paid anything other than purely lip service to the referendum and the positions they put forward in it. May's policy was characterized as BRINO (Brexit in Name Only), because it would have ended in Britain remaining within the economic structures of the EU. Johnson's pro-U.S. supporters of Brexit now propose that Britain leave the EU without any economic agreement at all, a "No Deal Brexit," despite having claimed during the referendum that they wanted an agreement with the EU and that it would be extremely easy to achieve this. While both sides held up the banner of "democracy" and the "referendum" they were in fact fighting viciously over much more fundamental economic and geopolitical issues. This illustrates that the idea that such an important issue should be settled only because it was voted, is merely naive. Within that fight the pro-Trump Boris Johnson forces have won an important victory in forcing May out of office, but they have been unable so far to settle what is for Trump the key question: What will be the economic relations of Britain with the EU and U.S.? 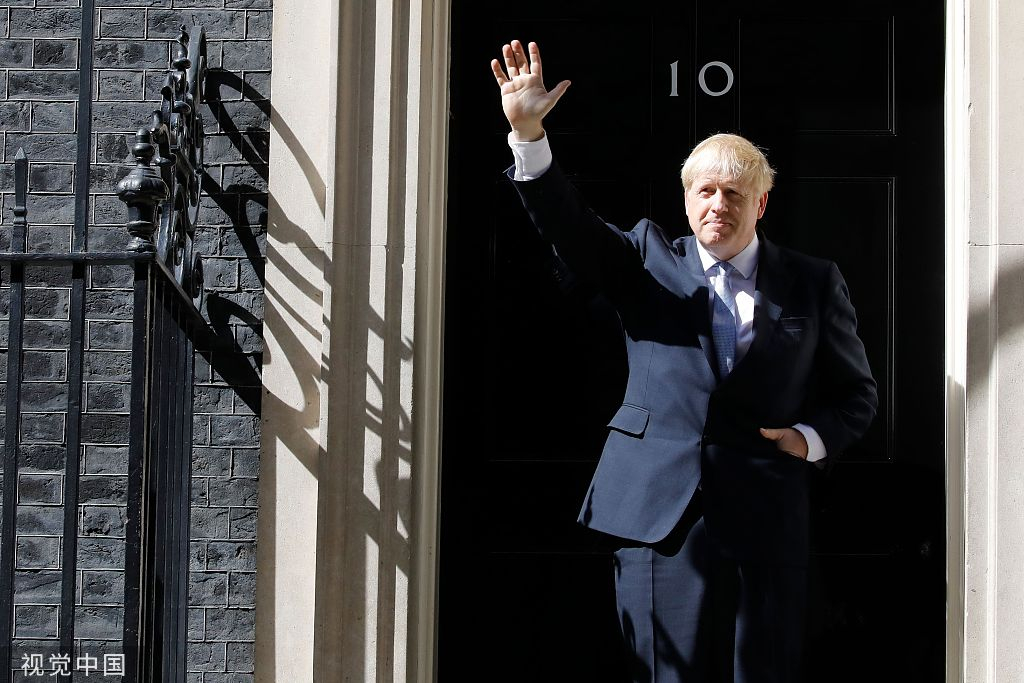 Boris Johnson waving to the public as the new prime minister outside 10 Downing Street in London, July 24, 2019. /VCG Photo

Boris Johnson waving to the public as the new prime minister outside 10 Downing Street in London, July 24, 2019. /VCG Photo

The problem for Johnson, despite his success in removing May, is that his pro-Trump pro-U.S. policy is against the interests of the British economy and against the interests of the British population. Refusal to allow Huawei to operate in Britain's 5G telecommunications infrastructure, with the extra cost and delay this involves for Britain, is only one part of a wider economic irrationality. The proportion of Britain's exports going to the EU is 43 percent compared to only 18 percent to the U.S. in 2016 – so it makes no economic sense to withdraw from the customs union with the EU to join a free trade deal with the U.S. It is true that some parts of British capitalism, hedge funds and similar financial operators, would not lose from leaving the EU's economic structures but almost all of manufacturing, car industry, pharmaceuticals and large part of financial services would lose greatly. Furthermore, the British population would suffer significant loss of jobs and living standards would be affected.

The result of this is that the fight against Boris Johnson started even before he came to office. One of the plans actively explored by Johnson to overcome opposition to Brexit includes suspend Parliament until after the October 31, the date on which Britain is supposed to leave the EU. this would take place after Johnson taking office. This would, in essence, be a "soft" coup d'etat. This, however, was then blocked by Parliament voting by as majority to make this illegal – with more than 40 MPs from Johnson's own Conservative Party rebelling to support this position. 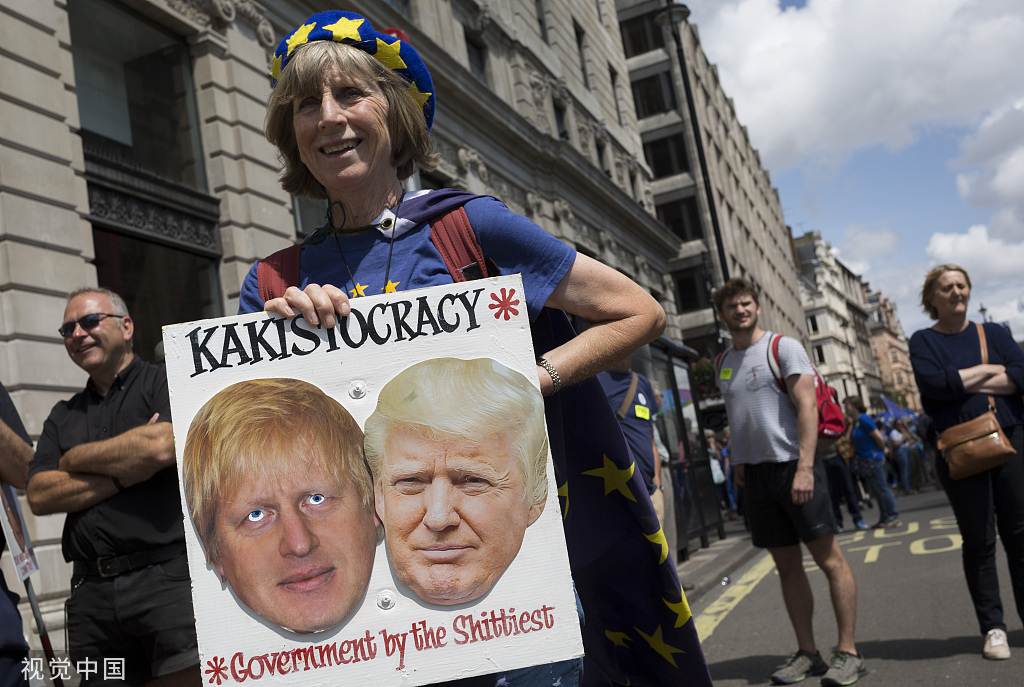 Johnson is therefore determined, in line with the interests of the U.S., to attempt to take Britain out not only of the political structures of the EU on October 31 but also out of the customs union with the EU – know technically as a "No Deal Brexit." But, now that a proposal to suspend Parliament has been blocked, it is completely unclear if Johnson has a majority in Parliament to achieve this. In the autumn, there will be an intense political crisis over this issue, the most serious in Britain since World War II. For the reasons already given the outcome of this fight will determine not only Brexit but will significantly affect Britain's position on Hong Kong, Huawei and other issues affecting China.

China's foreign policy, in line with international rules, does not allow it to interfere in the internal affairs of other countries, a rule Britain is blatantly violating over Hong Kong. But this does not mean that China is not affected by what happens in other countries, sometimes by links that are not at all obvious on the surface, but which are connected by the fundamental development of social forces. China's media has clearly noted the aggressive attitude taken by Britain in the recent provocations in Hong Kong. It has also noted the long development of the crisis around Brexit in Britain. But quite insufficient attention has been given to the connection between the two.

It is clear for the reasons given above that in the coming months, Britain faces a fundamental attack from pro-Trump U.S. forces that wish to subordinate Britain even more firmly to the U.S. The victory of these forces would be a setback for Britain, but it would also be a setback for China, including in relation to the provocations in Hong Kong. China will not intervene but it is worth carefully and clearly understand the unfolding of events.

Brexit explains why Britain has played such a provocative role in Hong Kong, part 1

Brexit explains why Britain has played such a provocative role in Hong Kong, part 2