China confident to complete a 'final, binding' code of conduct in the South China Sea
CGTN 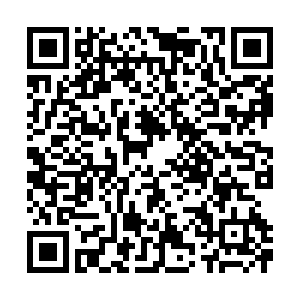 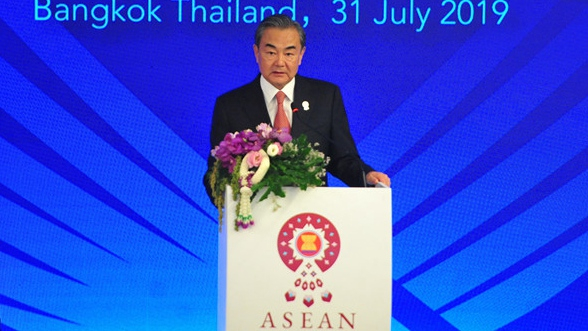 China and the Association of Southeast Asian Nations (ASEAN) have finished the first reading of the Single Draft Negotiating Text of the Code of Conduct (COC) in the South China Sea ahead of schedule, said Chinese State Councilor and Foreign Minister Wang Yi on Wednesday.

Wang made the remarks during the China-ASEAN Foreign Ministers' Meeting in Bangkok.

"Through the first reading, the text is streamlined so that the framework and essential elements of the text become clearer and the structure more reasonable," said Wang, stressing the completion of the first reading marking new, major progress in the COC consultations and an important step towards the goal of concluding the consultations within three years' time.

After the foreign ministers' meeting, Wang told reporters he's confident that China and the ASEAN members can reach an agreement, a final and binding code of conduct in the South China Sea.

The two sides have completed the first reading of the draft document, which shows both sides are sincere and resolve to make a final resolution to address the dispute, the foreign minister said.

China has played an active role in pushing for the resolution and Beijing has proposed to complete the negotiation in three years, he added.

Wang said the code of conduct is binding effective.

The COC is an upgraded version of the Declaration on the Conduct of Parties in the South China Sea (DOC), and the DOC has already played a role in stabilizing the disputed water, he said.

The COC would be a resolution with more binding effects and serve better for regional peace and stability, he added.

Speaking of outside players, the Chinese foreign minister said the COC would not undermine the navigation of other countries in the South China Sea. China urges certain countries to stop escalating tension in the region, he said.

During the press conference, the Chinese diplomat also addressed other issues regarding economic and trade, technology, and culture cooperation. 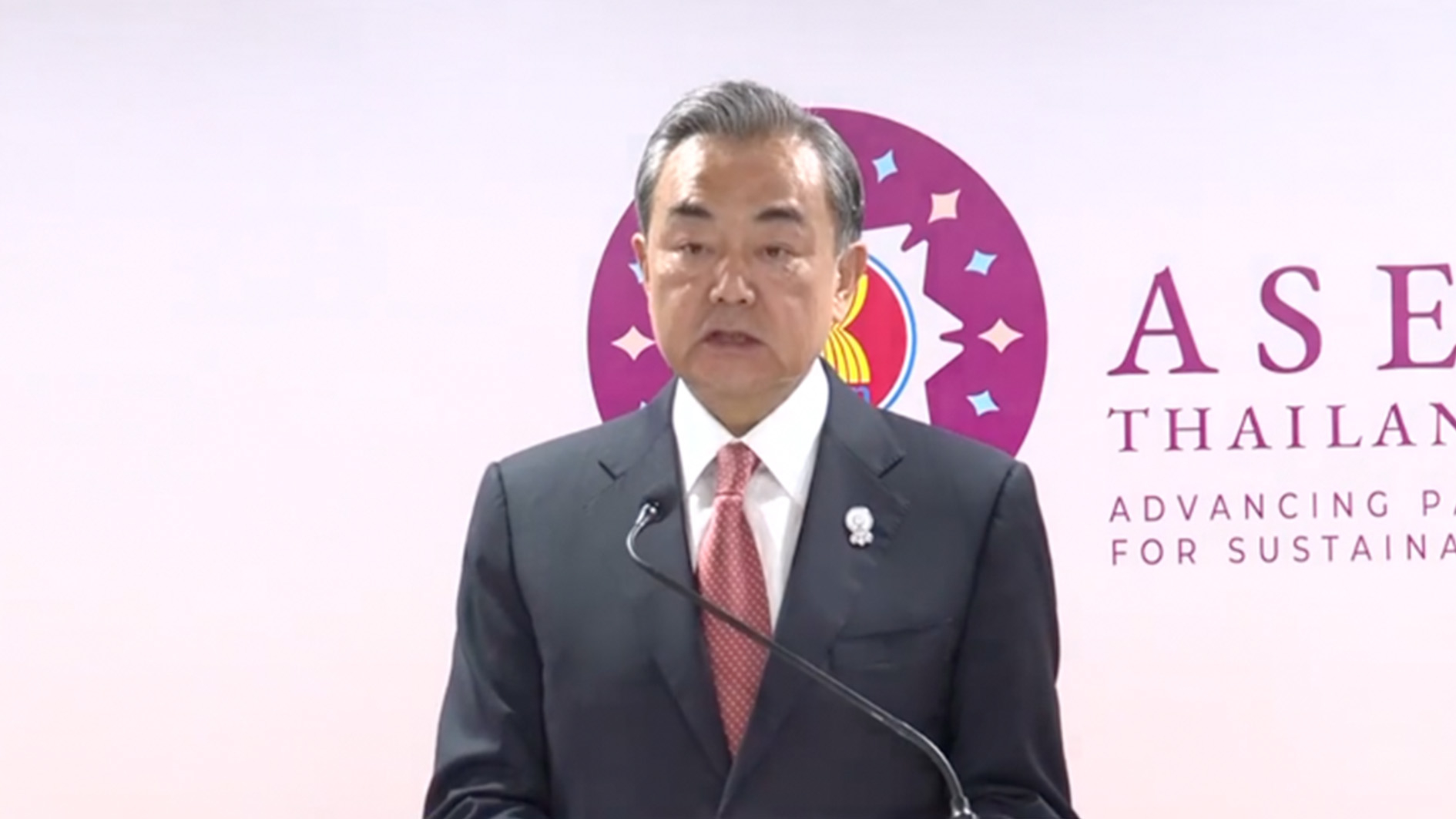 China and ASEAN will launch the consultations on synergizing the Belt and Road Initiative (BRI) and the Master Plan on ASEAN Connectivity 2025 (MPAC 2025) as early as possible and complete such consultations as quickly as possible, so that the relevant joint documents can be submitted to the leaders' summit, which is scheduled to be held in November.

"This will be another important step forward for China and ASEAN as a whole in pursuing high-quality development of the Belt and Road and achieving comprehensive connectivity in this region," he said. 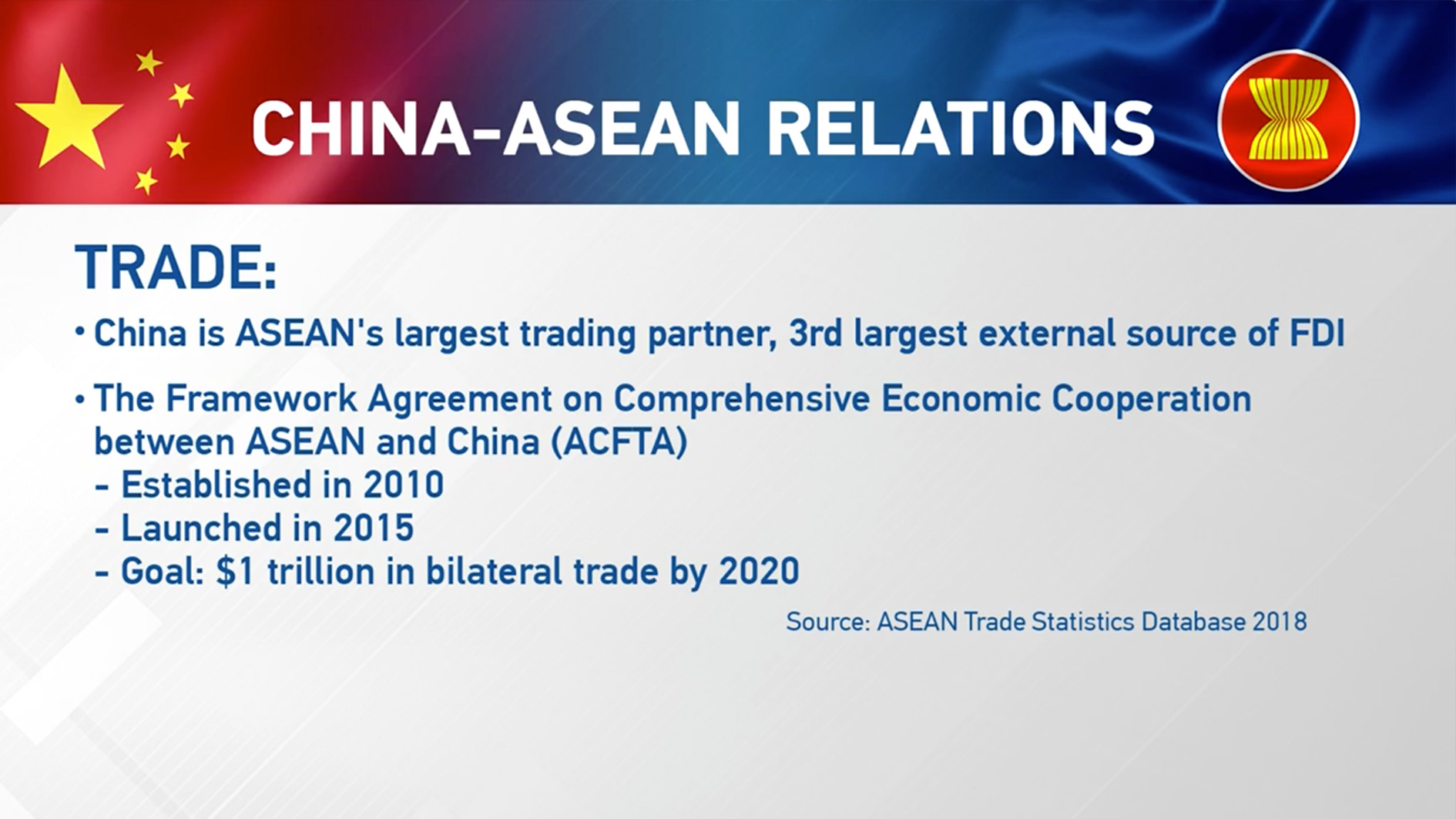 China, ASEAN to level up 5G, trade and cultural cooperation

According to Wang, China and ASEAN have agreed to designate the year 2020 as the China-ASEAN year of digital economy cooperation, expanding cooperation in e-commerce, scientific and technological innovation, 5G network and smart city.

"We have also launched the China-ASEAN Young Leaders Scholarship and will build it into a flagship project in China-ASEAN people-to-people exchange," he said, adding that the two sides have agreed to develop China-ASEAN blue economy partnership, to broaden new cooperation in sustainable use of marine resources and to add new dimensions to China-ASEAN strategic partnership.

Wang also stressed that adhering to multilateralism is in the common interest of both China and ASEAN countries. "So we will continue to embrace an open, inclusive and win-win approach to regional cooperation and jointly oppose all kinds of acts for unilateralism and protectionism," he said. The two sides will fully implement the protocol on the upgraded China-ASEAN Free Trade Area (FTA) and work together to facilitate the conclusion of the Regional Comprehensive Economic Partnership (RCEP) negotiations within this year to accelerate regional trade liberalization process, he added.