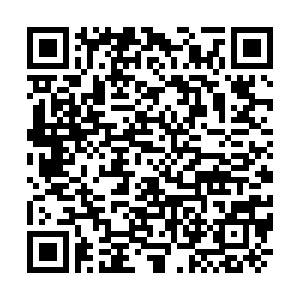 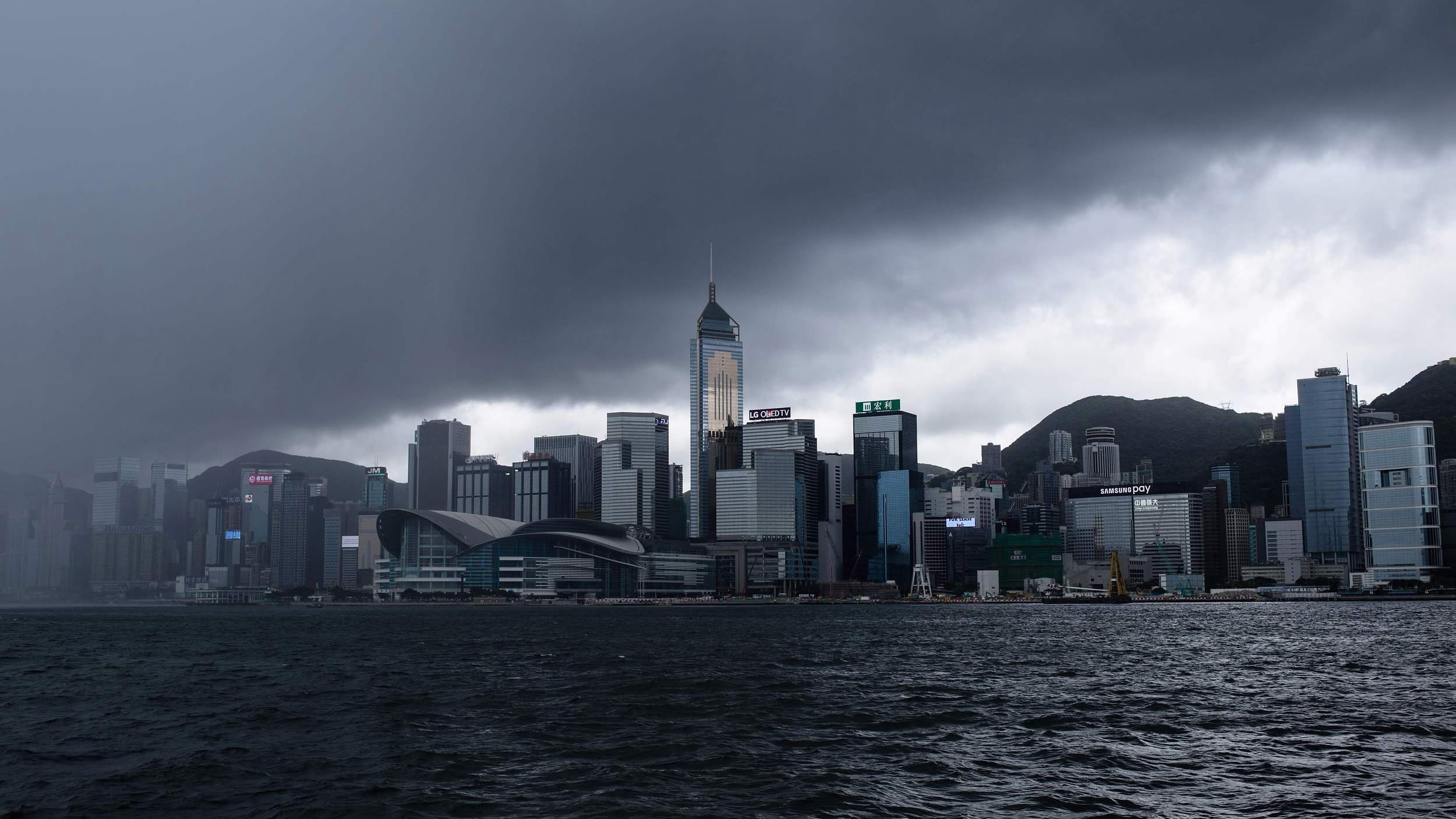 The Hang Seng Index was down 2.85 percent when the market closed, Asian stocks suffered their steepest daily drop in 10 months. China's Shanghai Composite and the Shenzhen Component fell 0.7 percent and 0.1 percent respectively, and Japan's Nikkei 225 was down 2.7 percent and South Korea's KOSPI dropped 2.4 percent. 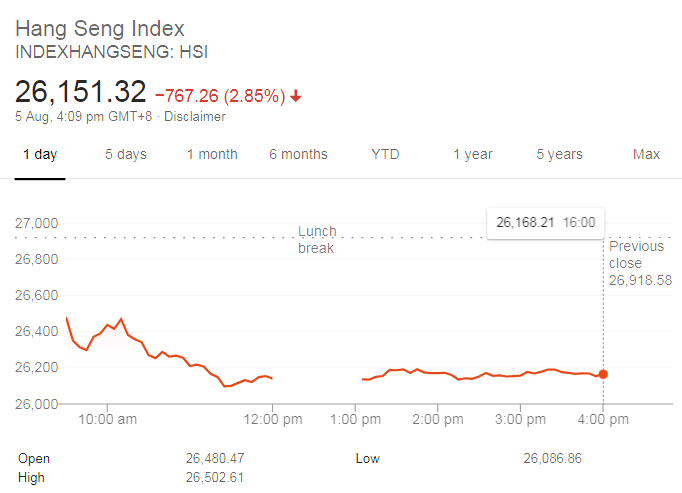 According to IHS Markit, Hong Kong’s July whole economy purchasing managers' index plunged from 47.9 the previous month to 43.8, which was the lowest since March 2009, as both output and new orders fell.

Hong Kong's GDP growth of second quarter this year is 0.6 percent. However, it is less than expected and a seasonal adjustment has made the figure look better than it actually is.

"It seems similar to the figure of first quarter," said Paul Chan, Hong Kong Special Administrative Region's Financial Chief, "But think about it, if we consider seasonal adjustment, the real growth is actually minus 0.3 percent."

Chan added that Hong Kong's economy growth had lost momentum. "If that negative trend continues, the third quarter will face a down turn." 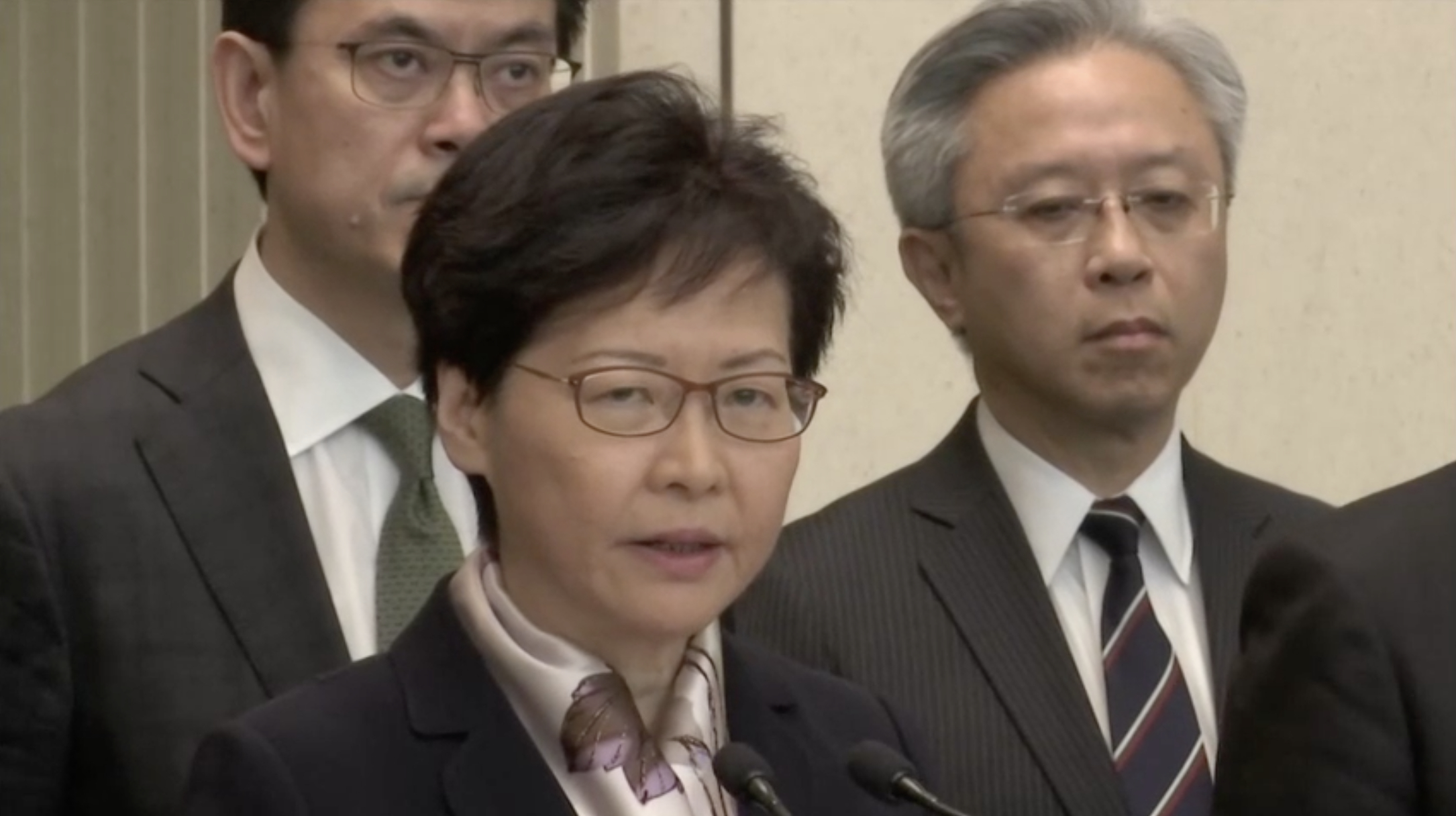 "Such extensive disruptions in the name of certain demands or uncooperative movement have seriously undermined Hong Kong's law and order and are pushing our city, the city that we all love and many of us helped to build, to the verge of a very dangerous situation," she said at a press conference, her first in over two weeks.

"The government will be resolute in maintaining law and order in Hong Kong and restoring confidence," she told reporters.

She warned that some protesters were challenging the country's sovereignty and the principle of "One Country, Two Systems."