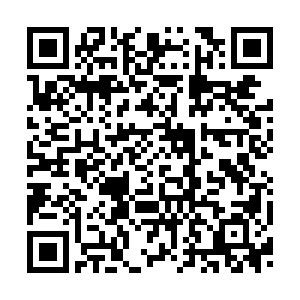 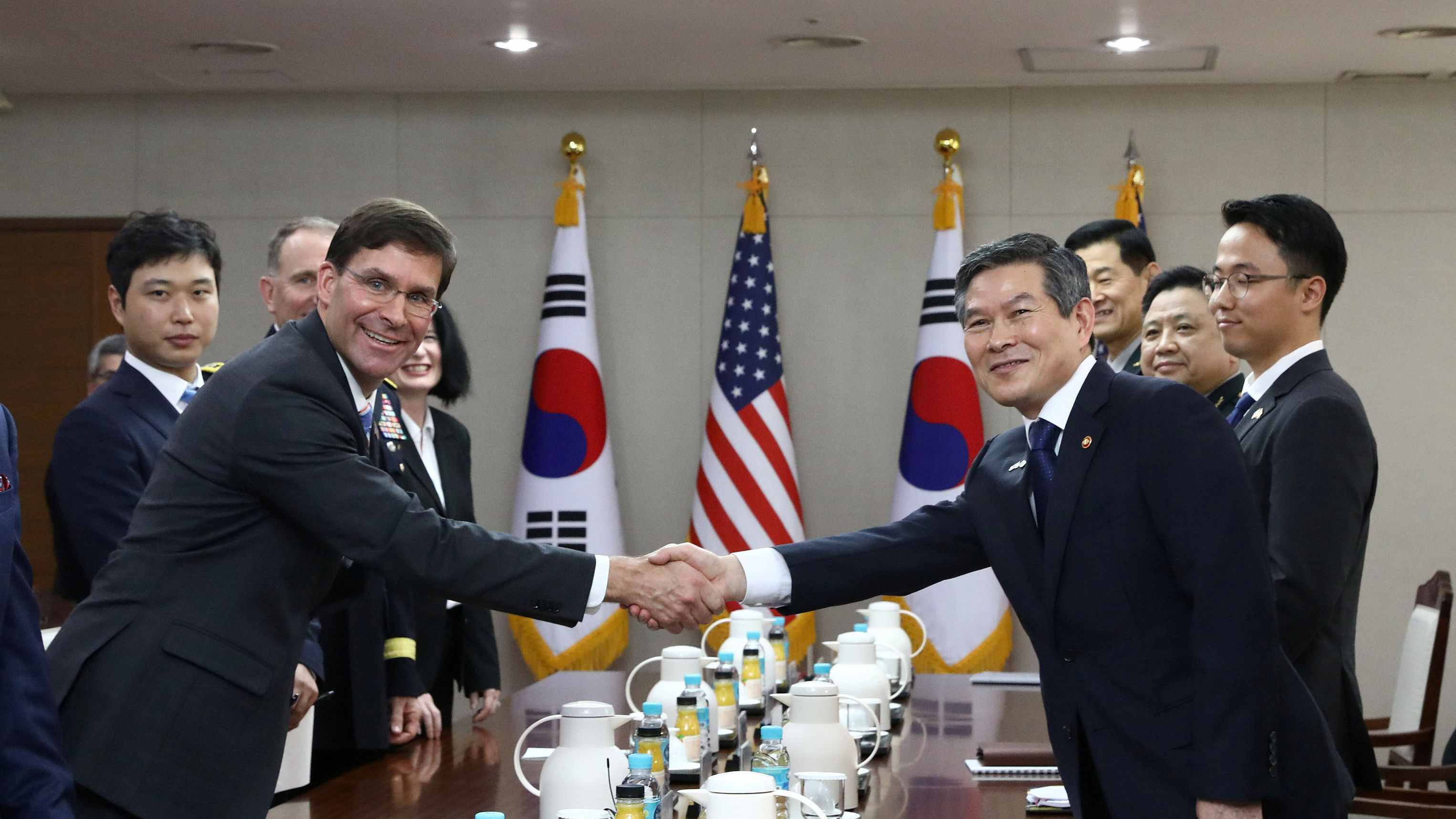 The trip comes after the DPRK recently carried out a series of missile tests and with denuclearization talks between the United States and the DPRK stalled.

DPRK to ROK: You will 'pay dearly' for military drills with U.S.

During the defense talks held in Seoul, the defense chiefs "reaffirmed their commitments to supporting their diplomatic efforts for the complete denuclearization of the Korean Peninsula and the establishment of a lasting peace," according to their joint press release. 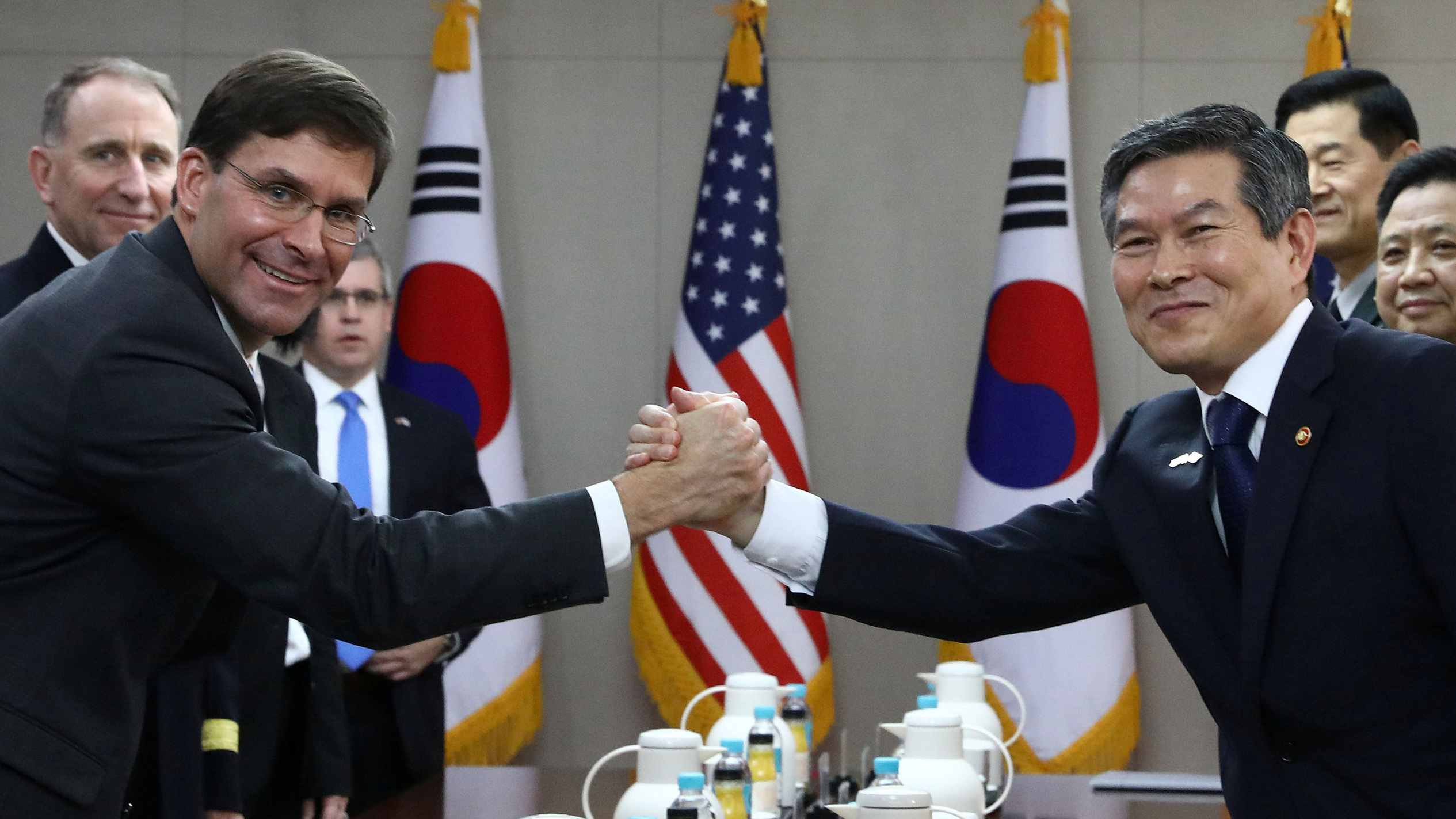 "(The U.S.) will remain resolute in the enforcement of the UN Security Council resolutions until the North (DPRK) engages in the complete, verifiable, irreversible denuclearization of the Korean Peninsula," Esper was quoted as saying by Yonhap.

The two sides also agreed to maintain communication and close coordination as it is "crucial for the stabilization of the surrounding regions," the statement said.

The U.S. and ROK began joint military drills on Monday, despite warnings from the DPRK that Seoul will "pay dearly" for escalating tensions of the Korean Peninsula. 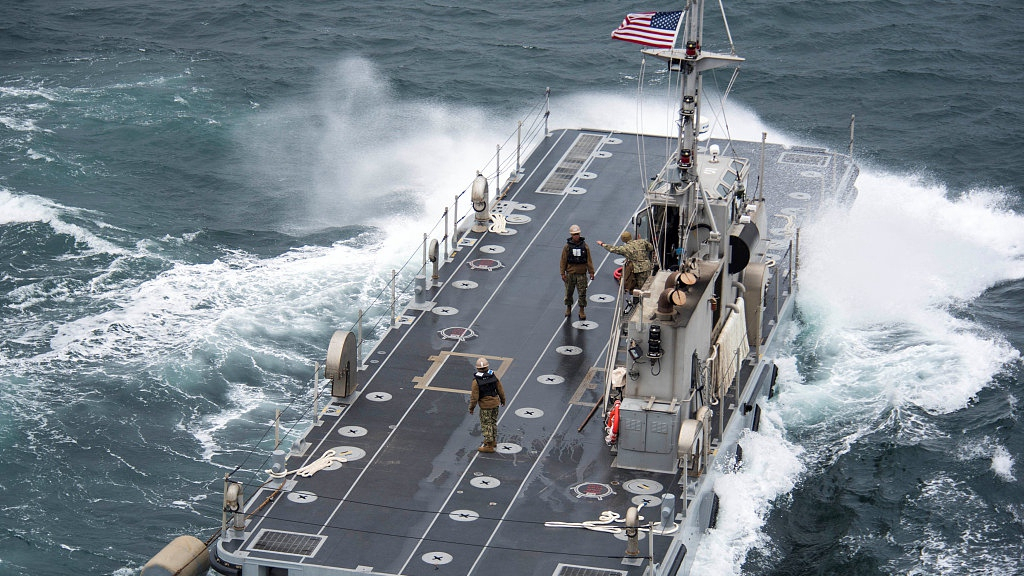 A U.S. Navy ship participates in the Foal Eagle exercise, a joint military exercise between the U.S. and ROK, off the coast of Pohang, ROK, April 9, 2017. /VCG Photo

A U.S. Navy ship participates in the Foal Eagle exercise, a joint military exercise between the U.S. and ROK, off the coast of Pohang, ROK, April 9, 2017. /VCG Photo

Referring to the DPRK's missile launch, Esper on Tuesday noted that the United States would not overreact to the short-range missile launch and would keep the door open to talks with Pyongyang.

The defense chief reiterated America's willingness to engage diplomatically with the DPRK to "make progress on all commitments made in the Singapore joint statement to achieve those ends" during the meeting.

Jeong welcomed the meeting, saying that it is of particular significance since it was held "at this very urgent moment in terms of the security situation on and surrounding the peninsula."

"I hope that the South Korean (ROK) and the U.S. defense authorities continue to cooperate closely to overcome such difficulties while maintaining the strong combined defense posture," Jeong said. 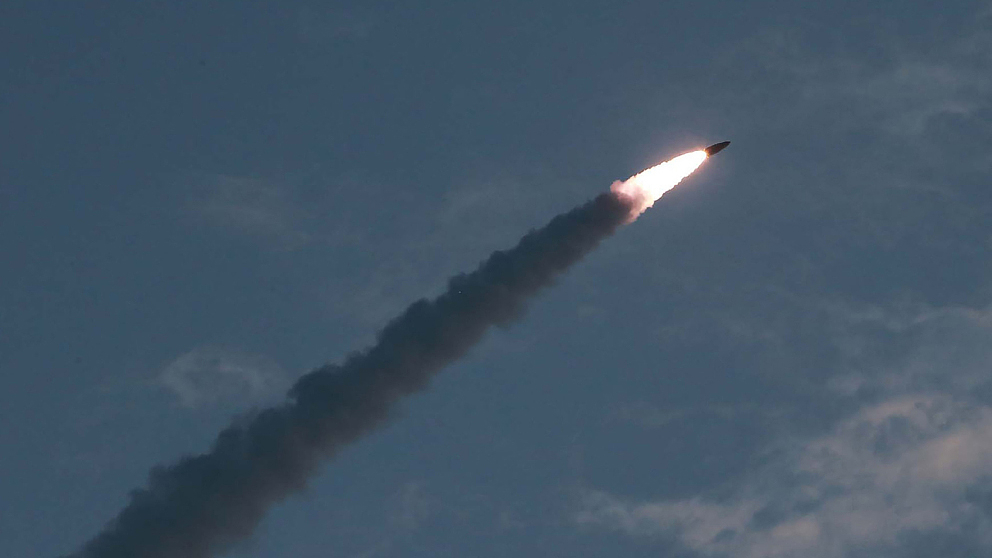 Also on Friday, ROK President Moon Jae-in tapped a seasoned former diplomat as his new ambassador to Washington as Seoul steps up efforts to connect with the Trump administration on issues such as the DPRK, defense costs and trade.

The post is crucial to U.S.-ROK relations amid the DPRK's frequent missile launches, stalled denuclearization talks and U.S.-ROK military exercises.

Wang said China believes the DPRK and U.S. could meet each other halfway and is willing to create an environment and conditions for the resumption of meetings.

He also expressed China's support for the consensus reached at the Singapore summit between the U.S. and DPRK leaders, including full denuclearization and the establishment of a peace mechanism on the peninsula.

China hopes that Washington and Pyongyang could achieve these two goals with a phased and synchronized approach, Wang added.