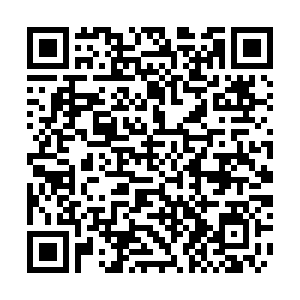 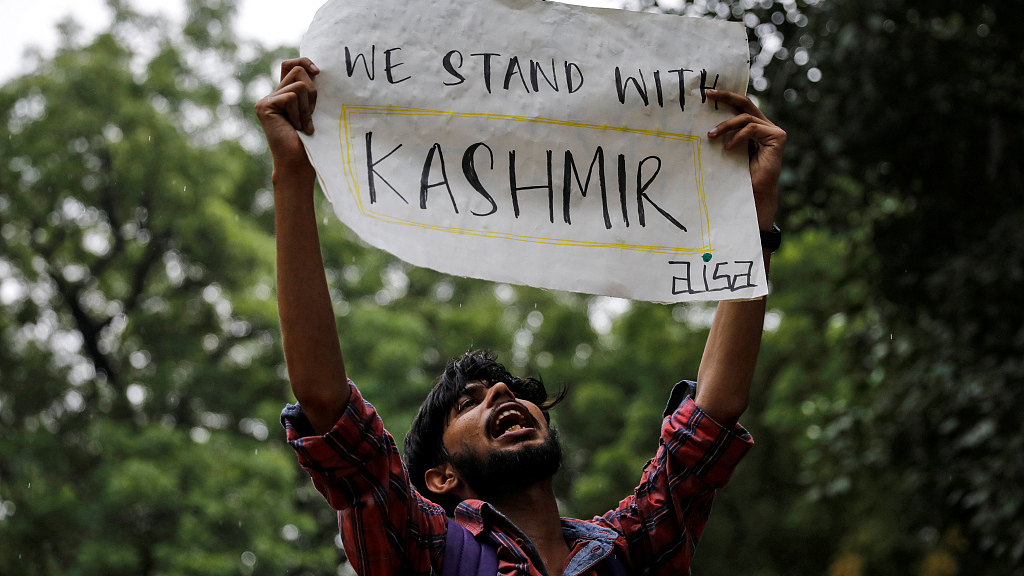 Editor's note: Azhar Azam works in a private organization as a market and business analyst and writes on geopolitical issues and regional conflicts. The article reflects the author's opinions, and not necessarily the views of CGTN.

Political leaders and the folks across the Indian-held Jammu & Kashmir (J&K) were stripped, hushed, and confined by the powder keg move of ruling Bharatya Janata Party (BJP) to split the state into two federally-administrated union territories, J&K and Ladakh.

Days before the controversial amendment to repeal the autonomous status of J&K, Indian authorities deployed as many as 35,000 additional paramilitary troops to initiate a clampdown in the disputed region, anticipating fervent public protests.

Tourists were asked to leave, calls were made to stockpile food and fuel, phones and internet services were suspended, schools and universities were closed, and state leaders were placed under house arrest in the valley.

The contentious BJP's "Jammu and Kashmir Reorganization Bill" spiked tensions with China and Pakistan as the new legislation grimly violated bilateral agreements with the two Indian-neighboring countries about not unilaterally change the status of the region.

Modi government's divisive action simultaneously ripped up the 1993 and 1996 treaties with China and detonated the 1972 Shimla Agreement with Pakistan that obligated China-India to respect Line of Actual Control (LAC) and India-Pakistan to abide by the Line of Control (LOC).

The peace pacts also forbid all countries that neither of them would alter the ceasefire lines unilaterally, irrespective of mutual differences and legal interpretations.

While it is an established fact that Kashmir is an internationally declared contested territory and no autarchic move can change the disputed status of the region, India scrapped all the bilateral accords and stated that the decision to squash the region's autonomy is purely its internal matter. 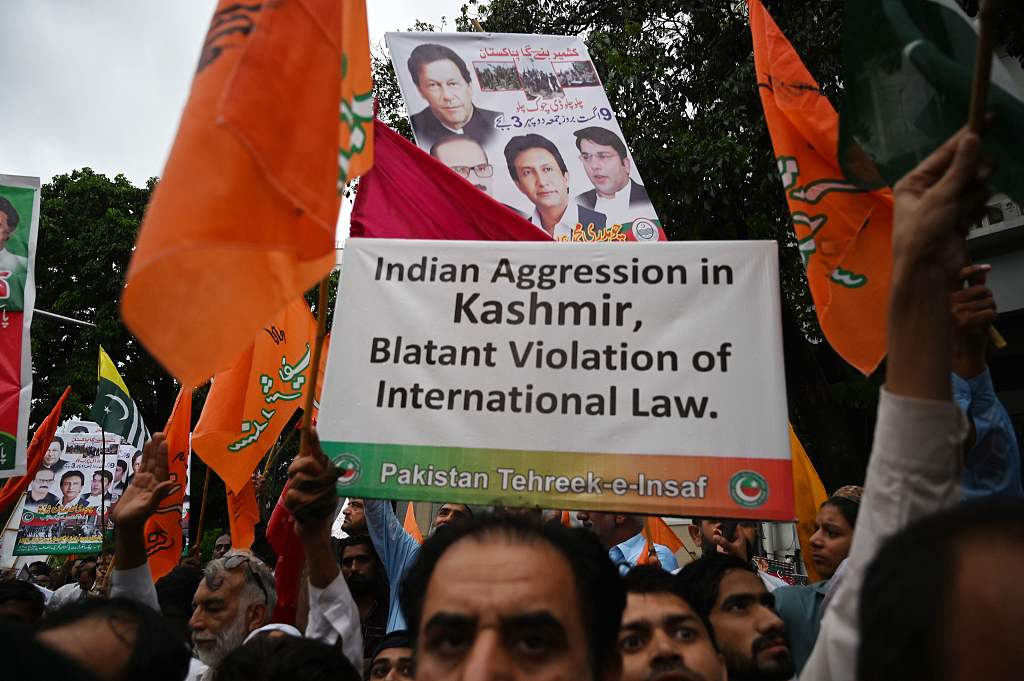 The shocking Indian pronouncement would not only dole out a terrific blow to the image of India as the largest democracy in the world but would also have long-term implications in the region that houses the most conflicted zones in the world.

But soon after carving out the territory from J&K, New Delhi extended prohibitory orders to the towns of Kargil, Drass, and Sankoo towns of Ladakh.

Since August 5, Ladakh is in lockdown. Shops and local businesses were closed in the region as restrictions were imposed on Ladakh after disturbances in Kashmir.

The strong reaction from the people of Ladakh grossly contradicted Modi's claim about meeting people's demand to announce Ladakh an Indian union territory. The partisan Indian action could also fuel tensions and fissure its relations with China that had just started to repair.

In Kashmir, BJP's bill to bifurcate J&K was also encountered with broad and intense criticism and protests from the people and the leaders of region who characterized Indian government for acting "without the consent of the people" and called for a shutdown on August 6.

"Today marks the darkest day in Indian democracy. The decision of J&K leadership to reject the two-nation theory in 1947 and align with India has backfired. Unilateral decision of GOI (Government of India) to scrap Article 370 is illegal and unconstitutional which will make India an occupational force in J&K," said Mehbooba Mufti, a former chief minister of the state.

However, BJP believes that it could reshape the religious dynamics of the region by allowing people from all over India to buy property in J&K. The tactic to play a religious card for revitalizing political ambitions is appalling and could prove fatal for Modi administration. A supporter of Indian Prime Minister Narendra Modi holds a Indian flag as he travel by taxi to celebrate the government revoking Kashmir's special status at Lalbaug in Mumbai, India, August 5, 2019. /VCG Photo

A supporter of Indian Prime Minister Narendra Modi holds a Indian flag as he travel by taxi to celebrate the government revoking Kashmir's special status at Lalbaug in Mumbai, India, August 5, 2019. /VCG Photo

Indian resolution to revoke the special self-governing status of its controlled part of Kashmir enraged and dismayed the opposition parties and civil society activists in the country as well that all ostracized the step and dubbed it as a "betrayal" and violation to the Indian constitution.

Rahul Gandhi, a prominent Indian Congress leader decried the Modi government radical act. "National integration isn't furthered by unilaterally tearing apart J&K, imprisoning elected representatives and violating our Constitution. This nation is made by its people, not plots of land. This abuse of executive power has grave implications for our national security."

On August 6 for the first time since the abrogation of Article 370, Prime Minister Modi spoke to the Indian nation on the grilling issue and attributed the rescinded clause for slowing down the pace of development in J&K.

Nevertheless, the leader of fanatic Hindu nationalist organization Rashtriya Swayamsevak Sangh (RSS) indicated to back off from the revocation of the article while assuring that the decision is provisional and the autonomous status of J&K would be reinstated once the situation in the valley stabilizes.

It would be in the interest of India and the region that Modi government immediately corrects its wrongdoing and prevents the implementation of the bill into J&K otherwise the people of Ladakh and Kashmir would enforce it to annul the debatable move.