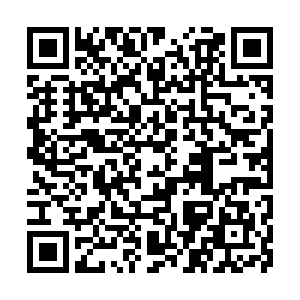 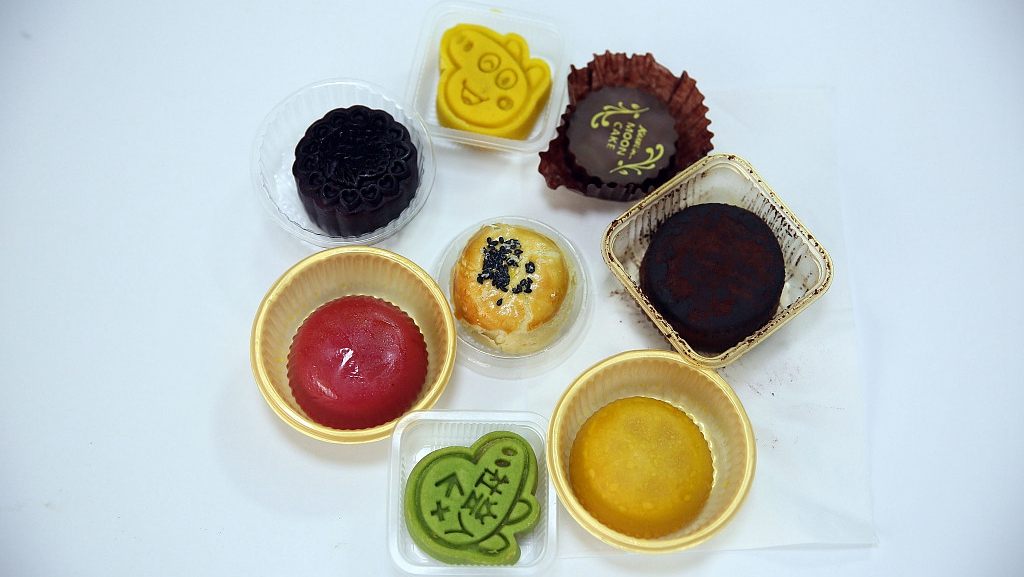 An assortment of mooncakes. /VCG Photo

An assortment of mooncakes. /VCG Photo

China's first domestically-reared mock pork is hitting the shelves next month just in time for the Mid-Autumn Festival, as the country joins the global quest for plant-based meat substitutes that are increasingly indistinguishable from the real thing.

A team of food scientists at Beijing Technology and Business University (BTBU) has teamed up with a vegan startup to concoct a pork replacement that they say is identical to the country's longtime favorite meat, Wuhan-based Changjiang Daily reported Sunday. But those expecting to sink their teeth into some guilt-free pork chops or spare ribs will have to keep waiting – the new offering will take the form of a mooncake filling.

Mooncakes are Chinese pastry shaped like a hockey puck with fillings spanning the gamut from the sweet to the savory and the unusual (think instant noodles and foie gras). They're in season for only a few weeks every year when they're gobbled up or gifted as part of the Mid-Autumn Festival celebrations. It's a multi-billion-dollar business, and vegan brands seem to want a slice of this lucrative pie.

The meat imitation, made of soy and pea proteins, will go into the making of the stuffing of traditional Shanghai-style mooncakes, a savory version of the pastry with a flaky crust that encloses a dollop of minced pork. 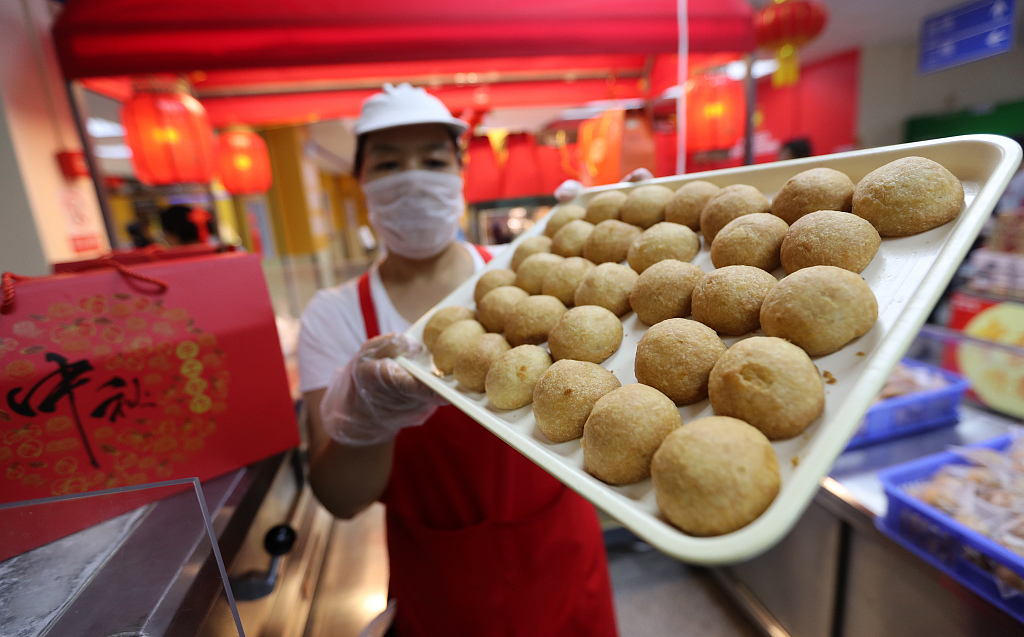 Mooncakes are on sale in a supermarket in southwest China's Yunnan Province. /VCG Photo

Mooncakes are on sale in a supermarket in southwest China's Yunnan Province. /VCG Photo

Small as they are, these baked goods are calorie bombs. They're notoriously high in sugar and fat, with an entire homemade pork mooncake setting you back some 438 calories, according to one calorie tracker. But the Chinese scientists developing the plant-based pork alternative are hoping they can offer a lighter, less guilt-inducing snack.

The pork replica has "zero cholesterol" and is suitable for consumers with high levels of blood pressure, blood sugar and cholesterol, the newspaper quoted Li Jian, team leader and associate professor at BTBU, as saying.

Still under the lid is how much saturated fat and protein the new product contains. Similar offerings by purveyors of plant-based meat in the U.S., like Beyond Meat and Impossible Foods, have been grilled for packing a punch in the fat department.

Mock meat is not a novelty in China, where evidence of such simulacrums goes back to imperial days as far back as the Tang Dynasty (618-907). Carrots, potatoes, yams and mushrooms are disguised as pork, mutton and fish dishes, while the versatility of soybeans puts the legume in a league of its own. Soft tofu blocks are crumbled to imitate scrambled eggs and crispy sheets of tofu skin layered on top of each other to mimic the texture of duck skin. 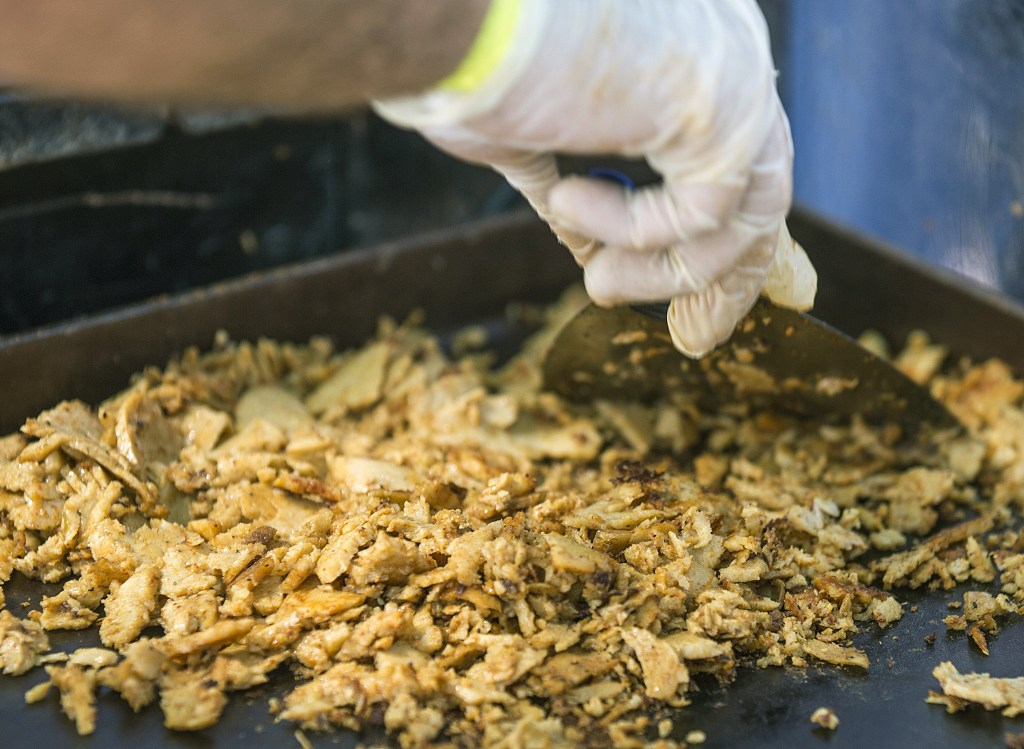 Seitan, a meat substitute made from wheat gluten, for the stuffing of the mooncakes. /VCG Photo

Seitan, a meat substitute made from wheat gluten, for the stuffing of the mooncakes. /VCG Photo

This tradition still lives on, although mainly among a niche audience of devout Buddhists, ethical eaters, and incidental vegetarians.

The vegan concoctions posing as meat in China are good impersonators, but they're not fooling anyone – at least not those whose taste buds are used to the slaughtered stuff. The problem is, it's these palates that are driving the explosive growth of plant-based meat replacements.

Demand for meat imitators is sprouting thanks to consumers who want to cut back on their "carne" intake without cutting it entirely out of their diets or sacrificing flavor. Already on offer in restaurants and supermarkets on both sides of the Atlantic are bleeding veggie burgers, sizzling faux-meat sausages and finger-licking vegan chicken nuggets.

Such tech-enabled lab-grown innovation is fueling a race in the U.S. and Europe to develop plant-based analogues to animal flesh that are disturbingly realistic and oddly appetizing. Now China is jumping on the bandwagon. 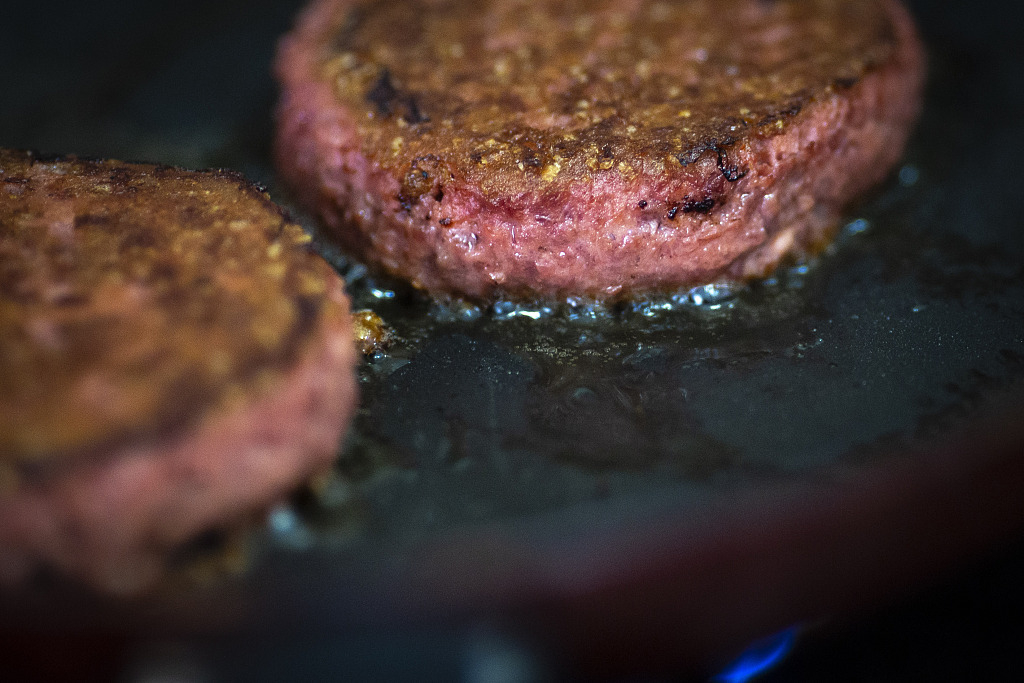 Two Beyond burger patties cook in a skillet. /VCG Photo

Two Beyond burger patties cook in a skillet. /VCG Photo

Li and his team spent two years researching how to improve their vegan meat to resemble pork's color, fragrance, taste, mouthfeel and sound when it cooks. They were concerned with what plant protein compounds could give their product the distinct texture of pork and how to eliminate offensive aromas – a common issue in raw plant-based burgers.

The team's effort is reportedly bearing fruit. During a taste test in Shanghai, "most of the participants" could not distinguish between the meaty mooncake and its plant-based version, according to Changjiang Daily.

The Good Food Institute, a U.S. organization that promotes plant-based alternatives to meat, estimated the vegan meat market in China to be worth 910 million U.S. dollars in 2018, just a tiny fraction of the 19.5-billion-dollar global meat substitutes market, according to Euromonitor.

But China is playing catch-up. More investment is being channeled into agri-tech startups and the plant-based sector in general, as vegan meat alternatives mushroom on the market. News of the faux pork release follows KFC's launch of a meatless burger last month, the May debut of Mung bean-based egg substitute JUST, and plans by Hong Kong-based pork substitute Omnipork to enter the mainland market before the end of this year.

A lot is hinging on the success of these products and their ilk. The world's most populous country is also the world's most voracious pork eater and the fourth largest beef consumer. Livestock production is a serious climate offender, with a fresh UN report saying consumption of animal products is a culprit in rising temperatures and suggesting plant-based diets could help fight global warming.

Any small reduction in meat consumption in China will be a major win not only for animals, but also for the climate.