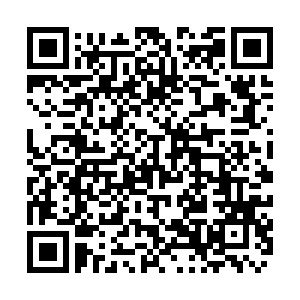 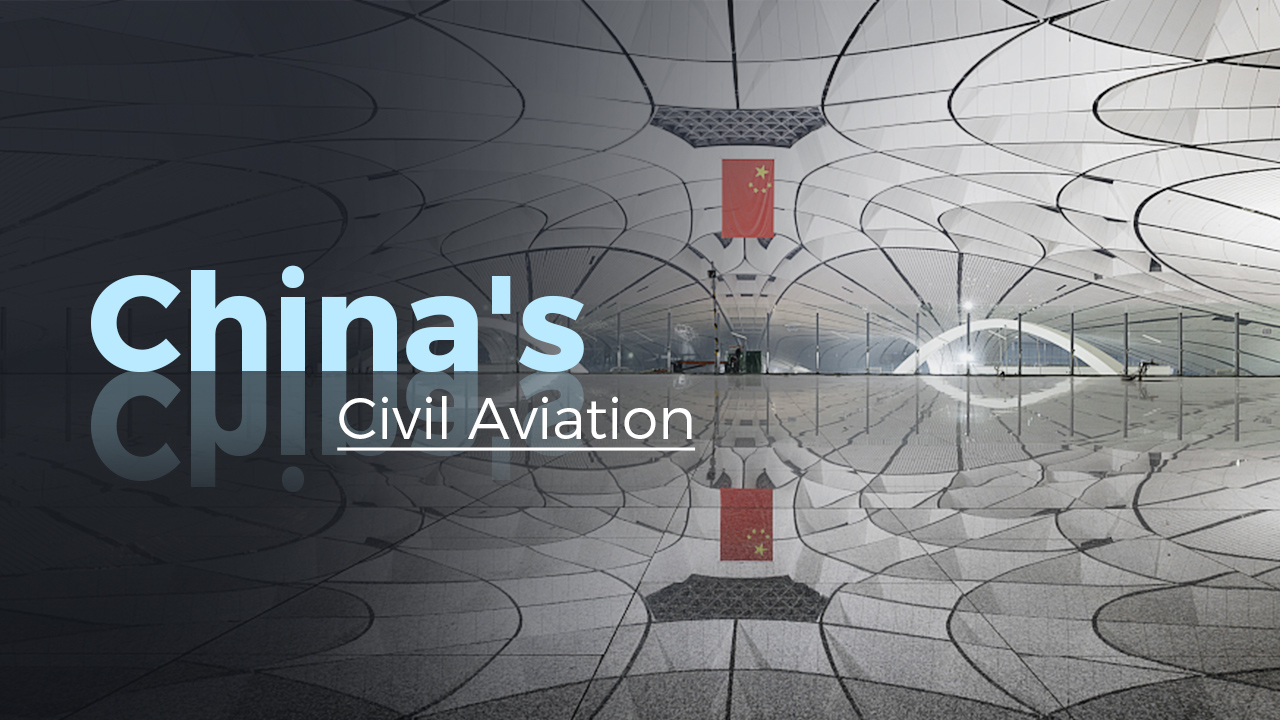 Expansion into the world of flying

When the People's Republic of China (PRC) was founded in 1949, it merely opened up nine domestic air routes and three international routes to Soviet cities of Chita, Irkutsk, and Almaty.

Now, Chinese airlines can carry passengers to over 60 countries via almost 5,000 routes. 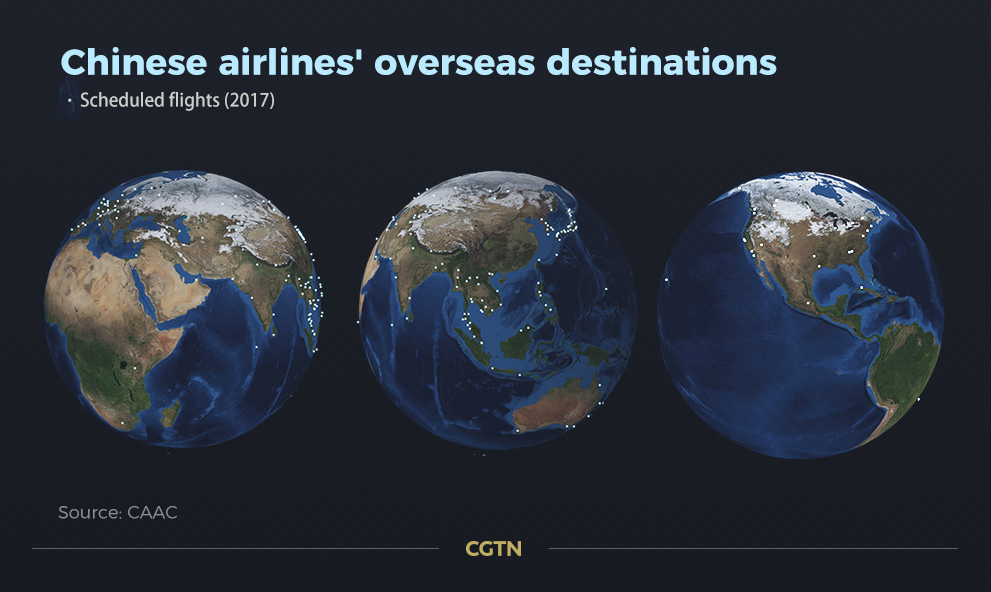 The ever-expanding global transport network is the result of China's rapid socio-economic development and greater openness to the outside world.

According to the Civil Aviation Administration of China (CAAC), there were less than 40 airports in 1949, most of which could handle only small aircraft. That number, however, soared to 236 by the end of this June, with about seven new airports coming into operation each year in the past decade. There are 200 more on the way, as China aims to have around 450 airports by 2035, according to a guideline issued last year.

Airlines are also gearing up to expand their fleet. China owns about 3,700 civil airplanes, with around 300 new planes – equivalent to a major airline – added to the fleet each year. 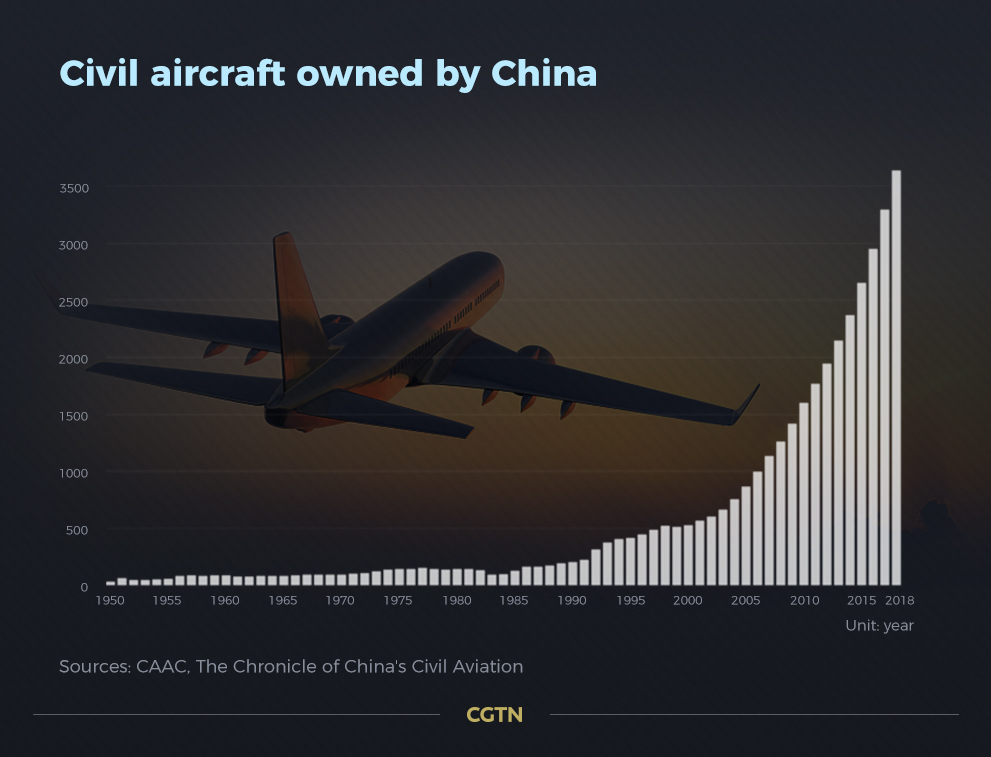 In barely seven decades, China has evolved into the world's most dynamic aviation market. The two global gateways in the Chinese capital are good examples.

Last year, the airport became the first Chinese airport – and the second in the world – to touch the 100-million-passenger milestone. 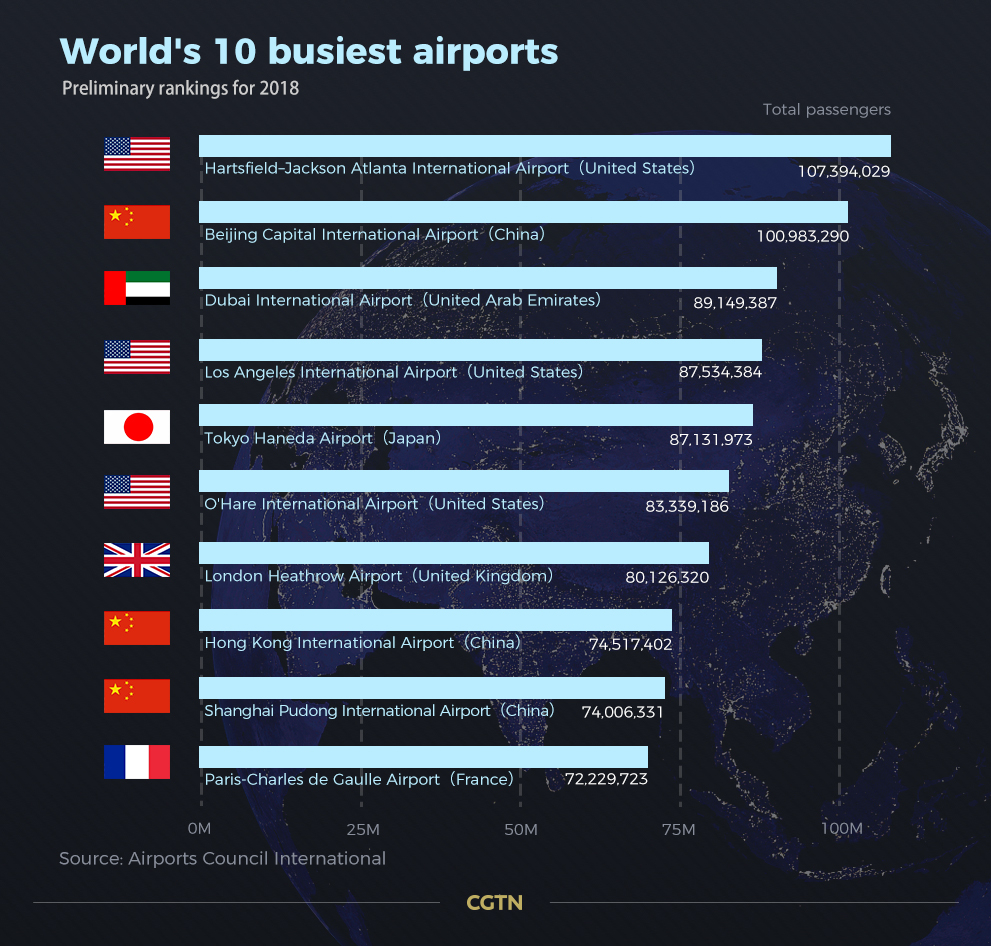 It is now the second-busiest air hub in the world trailing Atlanta and is hitting full capacity, so China decided to build a second gateway in the capital to ease its pressure.

Due to open in late September, the state-of-the-art Daxing airport is expected to handle 100 million passengers by 2040, when it is likely to surpass Hartsfield-Jackson Atlanta International Airport in the United States to become the world's largest in terms of passenger traffic.

Graphics: Two airports in one city

China is already the world's second-largest market for 14 consecutive years. 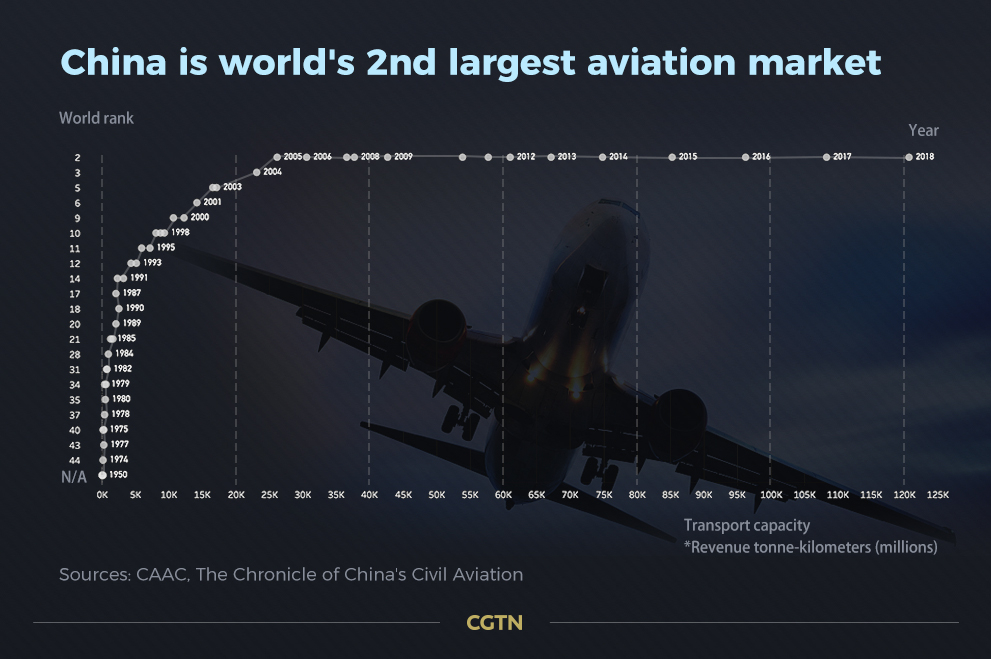 According to the International Air Transport Association's forecast, China will become the world's largest civil aviation market by 2024-25.

The passenger volume in the Chinese market is expected to reach 1.6 billion by 2037, meaning it could be a quarter of all the world's air passengers. 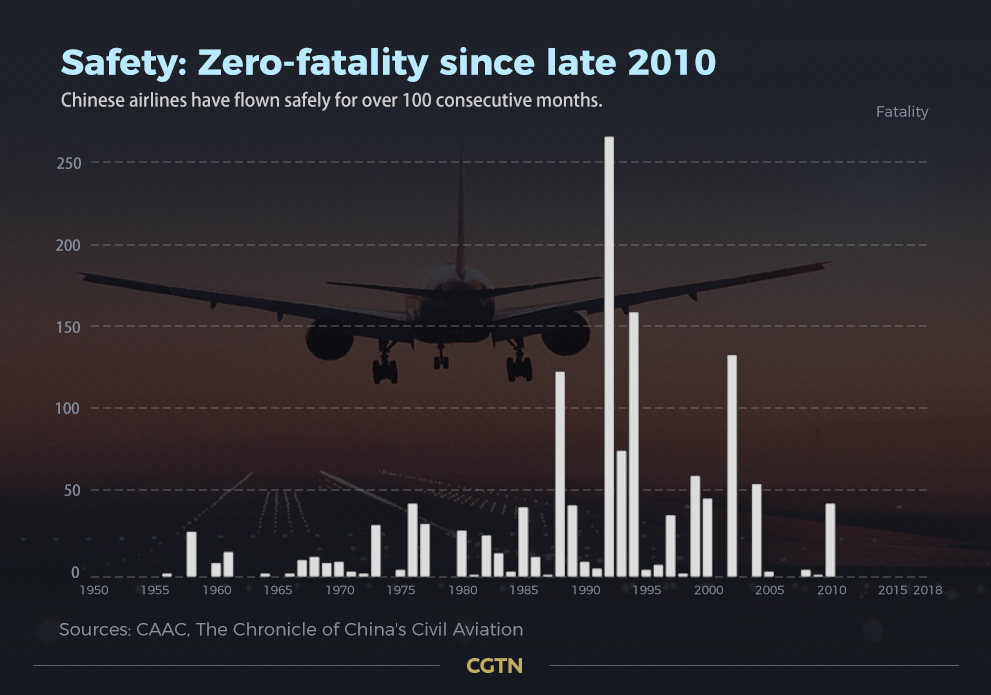 By the end of 2018, China's civil aviation set a zero-accident record in over 100 months, with an accident rate of one-tenth of the world's average.

Over the past seven decades, China's civil aviation industry has made great progress in terms of connectivity, transport capacity, safety, and accessibility.

Few people in China could even imagine air travel 70 years ago, but now, millions are taking to the skies, traveling across the country and other parts of the planet.

As incomes and GDP rises, the demand for leisure and business travel has increased, and the country's fast expansion into aviation is set to continue.