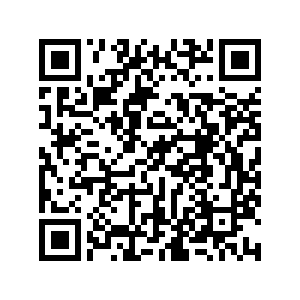 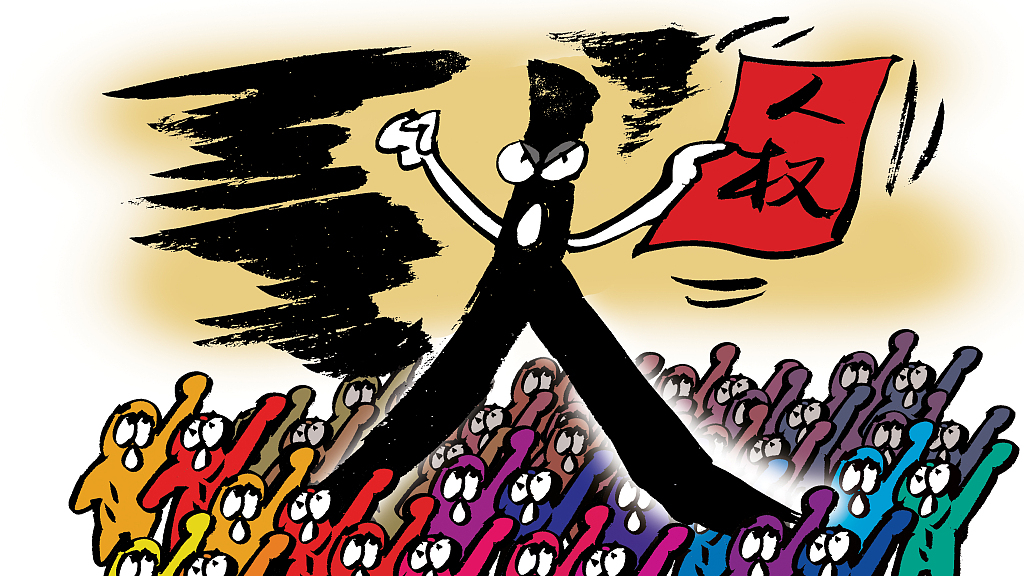 In past decades, the U.S. and the West have been pushing for the international adoption of a form of human rights that's identical in both principles and practice. Their version of human rights has been their justification for imposing their rules on the rest of the global community.

Reality shows that this glorified version of human rights could not be proven to be effective. In Libya, Syria, and Iraq, they have toppled governments in the name of ensuring the "universal value." The result is the destruction of the three countries' social fabric and widespread suffering. Within the U.S., the much-touted "inalienable rights" are applied unequally to Americans based on differences in their socioeconomic status, and systemic racism within the society automatically deprives a group of citizens equal access to these rights.

But when China releases its human rights reports, these countries spring into action and try to discredit its record. As Chinese President Xi Jinping stated in his congratulatory letter to the first South-South Human Rights Forum in 2017, "human rights must and can only be promoted in light of specific national conditions and people's needs." The Communist Party of China (CPC) sees human rights as a heterogeneous concept that should be tailored to each countries' own reality instead of being applied uniformly. Diversity is human rights' core feature in the CPC's governing principle.

The U.S. belief in the uniformity of human rights is the opposite of what CPC believes, and it is at the core of their criticism of China's theory. Washington does so without realizing that human rights are not a homogenous entity. As there are more than seven billion people and many cultures on the planet, it is obvious that there will be differences in how human rights are perceived and recognized.

As people celebrate the 70th anniversary of the founding of the People's Republic of China, it is important to note that human rights in the country have made enormous strides over the past seven decades. /VCG Photo

As people celebrate the 70th anniversary of the founding of the People's Republic of China, it is important to note that human rights in the country have made enormous strides over the past seven decades. /VCG Photo

And this has yielded differences in results. Human rights tailored to China's reality have proven to be effective in governance. The white paper released by China's State Council Information Office on September 22 details the philosophy and development of human rights in China. The paper, titled "Seeking Happiness for People: 70 Years of Progress on Human Rights in China," says that human rights are the product of historical conditions and change as conditions evolve.

To China, the rights to life and development are basic human rights. The paper says that material production and supply are the foundation stones for the realization for other human rights. Without them, it would be extremely difficult or impossible for people to enjoy any other right. As a result, the government's commitment to poverty reduction has led to the greatest economic development in modern history. In 1978, there were more than seven hundred million rural poor in China. By 2018, the number had dropped to sixteen million. And between 2012 and 2018, there was a steady decline in the population living in poverty by an annual rate of ten million. China is the country that has lifted the most people out of poverty in human history.

And the government doesn't stop with poverty. Take the Xinjiang Uygur Autonomous Region, for example, where the country actively promotes development. In 2008, knowing that the oil and gas industry might not provide people with high employment, the government responded with policies designed to help boost small and medium-sized enterprises. The result is that, in 2015, these enterprises created 4.4 million jobs for the region. The government actively responded to situations on the ground and sought to make sure that the rights to life and development are fulfilled in all parts of China.

China not only has a clear human rights definition, but also a plan and economic performance to back up its theory. The U.S. may think that its definition of human rights is legitimate and right. But the reality is that it needs to understand that there can be a different take on human rights elsewhere in the world and that maybe America's version is not as glorious and superior as it believes it is.

The U.S. claims that it respects individuality and cultural differences. If this is true, then it should have no trouble understanding that its view might not be the only one. The Americans are entitled to their own belief, and we are entitled to ours.