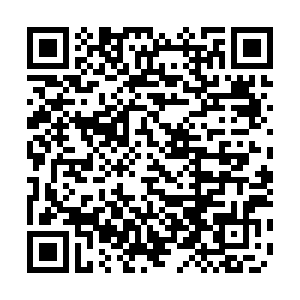 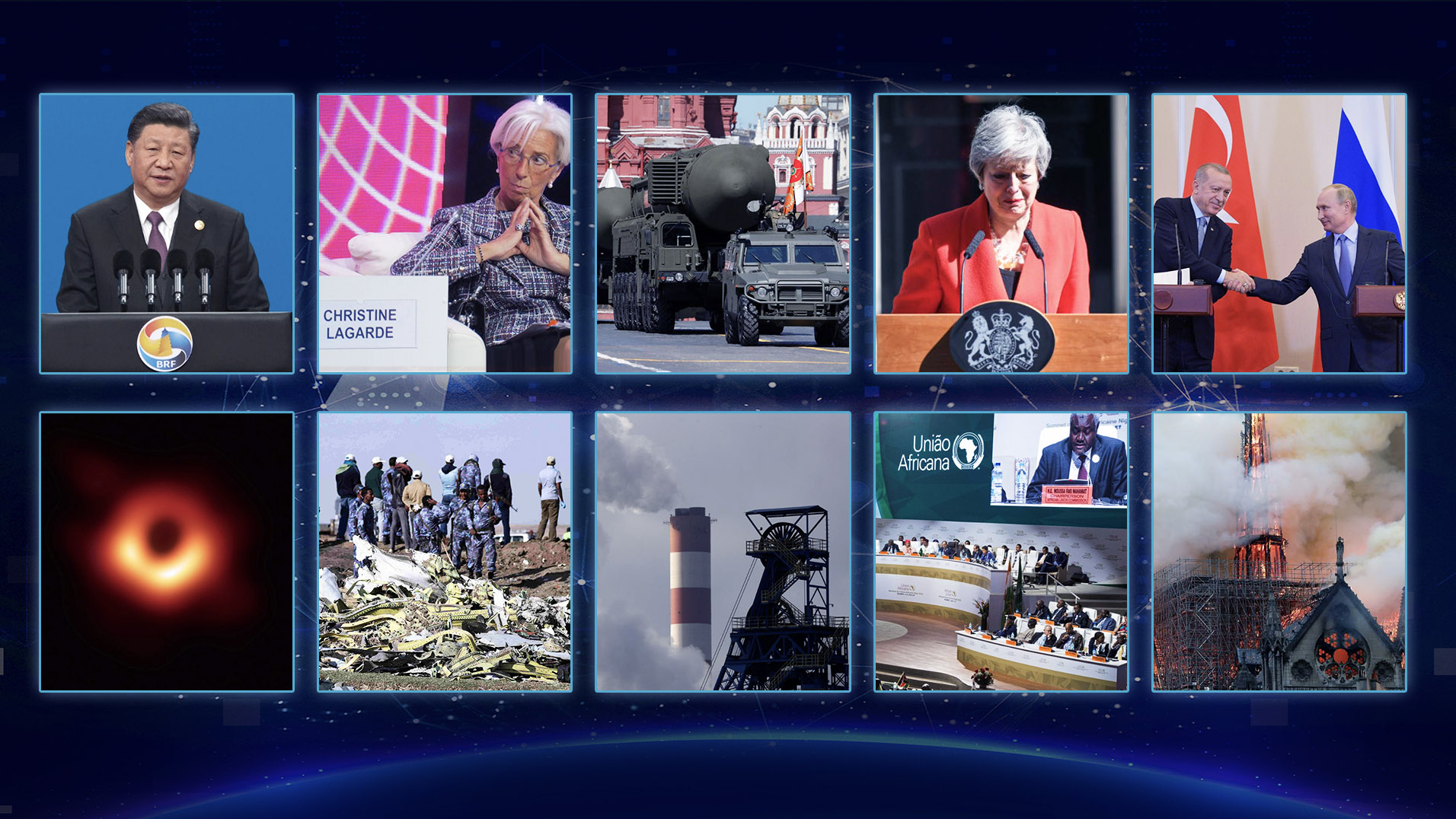 China Media Group (CMG) on Saturday released its top 10 international news stories of 2019. From Chinese President Xi Jinping's overseas visits and diplomatic events at home to the slowing trend of the global economy, check out the full list.

In 2019, President Xi made seven overseas visits - featuring trips to Asia, Europe and Latin America - including the 19th Shanghai Cooperation Organization (SCO) Summit in the Kyrgyz capital of Bishkek, the fifth summit of the Conference on Interaction and Confidence Building Measures in Asia (CICA) in Tajikistan and the 14th Group of 20 Summit in the Japanese city of Osaka.

He also attended four major diplomatic events in China, during which he stressed the concept of a community with a shared future for mankind: The Second Belt and Road Forum (BRF) for International Cooperation, the 2019 Beijing International Horticultural Expo, the Conference on Dialogue of Asian Civilizations, and the Second China International Import Expo (CIIE).

Xi summarized the successful experiences of China and put forth a Chinese plan that brings together international expectations and interests of all parties.

The International Monetary Fund (IMF) lowered its global growth forecast for 2019 on October 15 to three percent in the newly-released World Economic Outlook (WEO) report, the slowest pace since the global financial crisis in 2008.

Despite increasing global protectionism and a slowing world economy, the Chinese economy maintained stable growth and ranked first in terms of contribution to world economic growth.

Meanwhile, the country has been steadily opening up further, firmly upholding the multilateral trading system, and jointly building the Belt and Road Initiative. By offering more opportunities to the world, China remains the strongest engine of global economic growth.

The U.S. concluded a full withdrawal from the Intermediate-Range Nuclear Forces (INF) Treaty on August 2, six months after it formally launched the procedure of leaving the treaty, accusing Moscow of repeatedly violating its terms – a charge Russia denied.

On the same day, Moscow announced the formal end of the nuclear arms deal at the initiative of the U.S. side.

Former UK prime minister Theresa May announced her resignation on May 24 amid the failure of negotiations over the withdrawal of the United Kingdom from the European Union. Her Brexit bill was rejected by parliament three times and she formally stepped down as leader of the Conservative Party on June 7.

Boris Johnson, former mayor of London, succeeded May as Conservative leader and prime minister in July after winning a convincing victory over Jeremy Hunt in a party leadership race. He won a general election in December and promised to deliver Brexit before the end of January 2020.

Turkey agreed with Russia to set a "safe zone" along the border with northeast Syria and to remove Kurdish YPG forces 30km from the border and jointly patrol 10km of the area.

The Russia-Turkey agreement endorsed the return of Syrian President Bashar al-Assad's forces to the border alongside Russian troops, replacing the Americans who had patrolled the region for years with their former Kurdish allies.

The first ever image of a black hole was unveiled on April 10, marking a historic breakthrough in astrophysics research.

The image revealed the black hole at the center of Messier 87 (M87), a massive galaxy in the nearby Virgo galaxy cluster. This black hole resides 55 million light-years from Earth and has a mass 6.5-billion times that of the Sun.

A total of 157 passengers and crew members died when an Ethiopian Airlines Boeing 737MAX crashed after takeoff in Addis Ababa on March 10. This was another major crash for the Boeing 737MAX, after the crash of an Indonesian Lion Air passenger plane in October 2018 killed 189 people.

The crash triggered a global grounding of Boeing's 737MAX series.

8. Greenhouse gas levels show 'no sign of a slowdown'

The concentration of greenhouse gases responsible for causing global warming has "reached another new record high," paving the way for an intense climate crisis in the coming years, warned the World Meteorological Organization on November 25.

The 25th Conference of the Parties to the United Nations framework convention on climate change was held in Madrid in December. The meeting adopted more than 30 resolutions and made procedural arrangements on how to implement the Paris agreement. Although the outcome of the meeting didn't meet expectations, it laid a solid foundation for all parties to reach consensus in the next stage.

The operational phase of the African Continental Free Trade Area Agreement was officially launched at the 12th Extraordinary Summit of the African Union Heads of State and Government in Niamey, capital of Niger, on July 7, and is set to be put into use in July 2020.

The launch marks great progress in Africa's integration and is beneficial for the continent to better its development environment so as to realize industrialization and sustainable development soon.

A fire at Notre Dame Cathedral in Paris, France on April 15 damaged the building, triggering international concern about how to preserve, maintain and repair the world's cultural heritage. China and France signed a cooperation document on the participation of Chinese experts in the restoration of Notre Dame Cathedral in November.