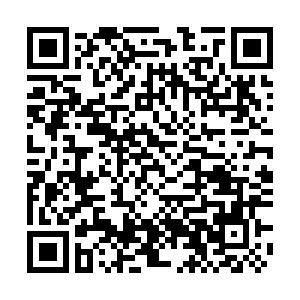 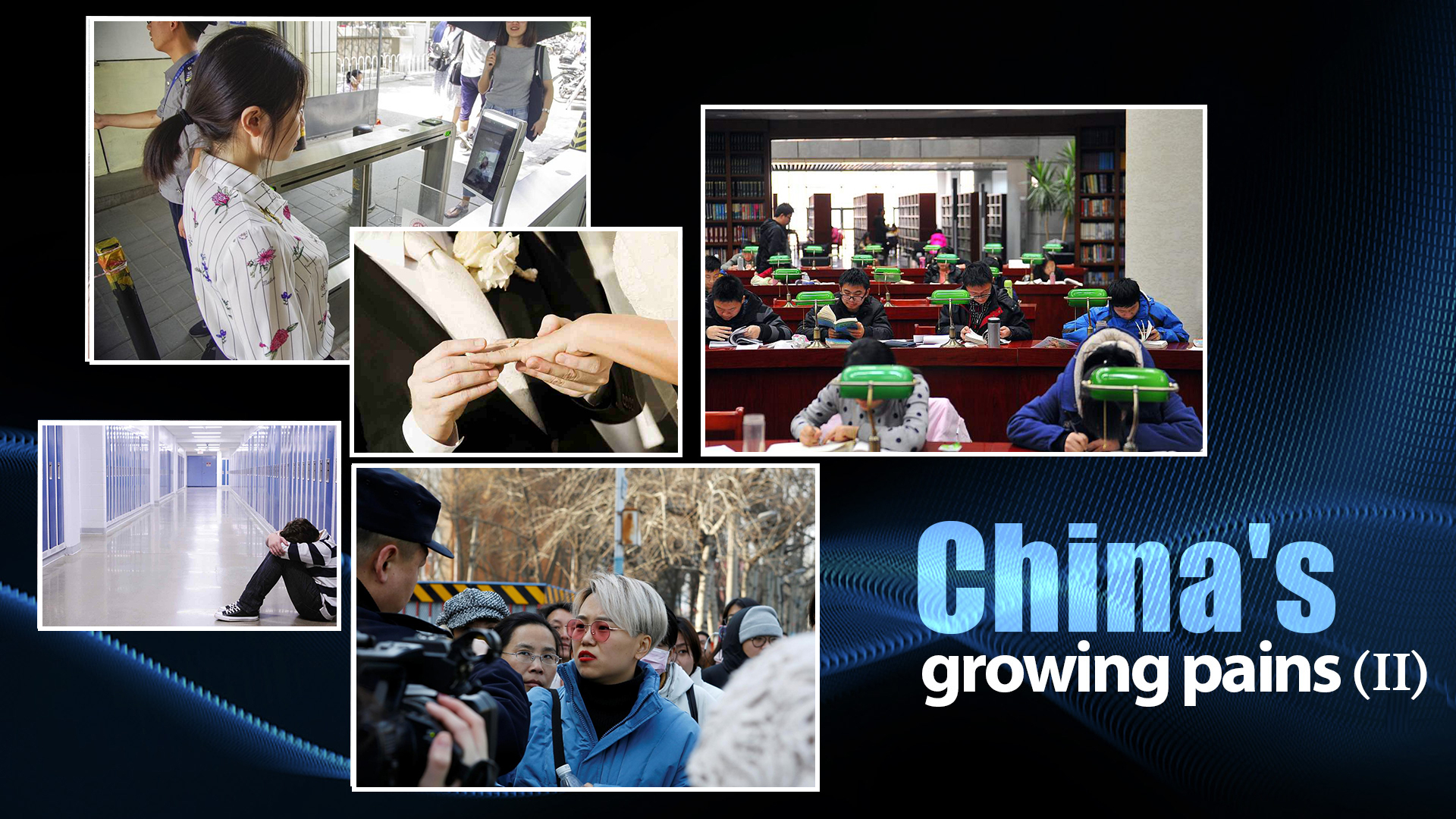 As China is going through rapid social and economic development, its social norms and rules are also in flux. After our first episode of the year-end review examined the growing pains brought by China's fast economic pace, the second episode examines how individuals within the Chinese society are pressing for personal rights and welfare protection.

The expansion of the use of facial recognition in China, from airport security to supermarket checkouts, has raised concerns in China about privacy and information security.

In November, a law professor in China filed the country's first lawsuit against the use of facial recognition, suing a wildlife park for requiring the collection of facial data without asking for consumers' consent. According to a recent survey by Nandu Personal Information Protection Research Center, around 80 percent of the respondents cite the leaking of biometric information as their major concern.

Though there are usually agreements that regulate data collection, usage and transfer, users say they are unsure of the full implications of the agreements, due to technical barriers. On top of that, the data-sharing agreements between AI companies and facial recognition system operators are most of the time inaccessible to the public, and thus many say if granted the opportunity, they would want to review the facial recognition data collected from them or request that they be deleted.

China's AI giants are now leading the way to push for a national-level facial recognition standard. In late November, China's AI company SenseTime announced that it is leading a working group of 27 companies to draft national standards on the use of facial recognition. 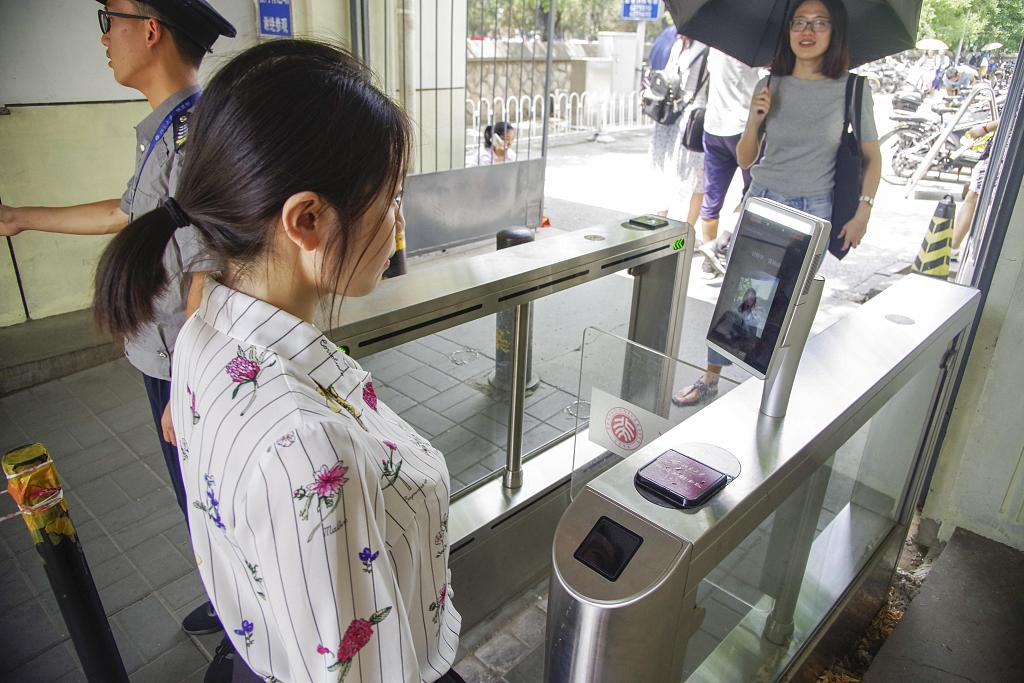 Facial recognition is used as part of the school entrance system at Peking University.

Facial recognition is used as part of the school entrance system at Peking University.

After being told that her only option for freezing her eggs is to get married, Theresa Xu, a 31-year-old Chinese single woman took the hospital to court, saying that by refusing to freeze her eggs, the hospital violated her personal rights.

The case is China's first legal challenge of a law that limits fertility treatments to married couples only, sparking a nation-wide debate over the reproductive rights of single women in China. The issue first came to light when a Chinese actress announced in 2015 that she went to the U.S. for an egg-freezing operation, and has been debated by deputies in the National Peoples' Congress.

Women in China are delaying their marriage age. In order to keep the child-bearing option open, some single women had to go overseas. But the option is not available to middle-class women due to its high cost.

The 31-year-old Chinese women is now leading the fight to make the option available in her own country. Last year, online traveling booking website Ctrip.com became the first company in China to offer a subsidy to some female employees who want to undergo egg-freezing operation. 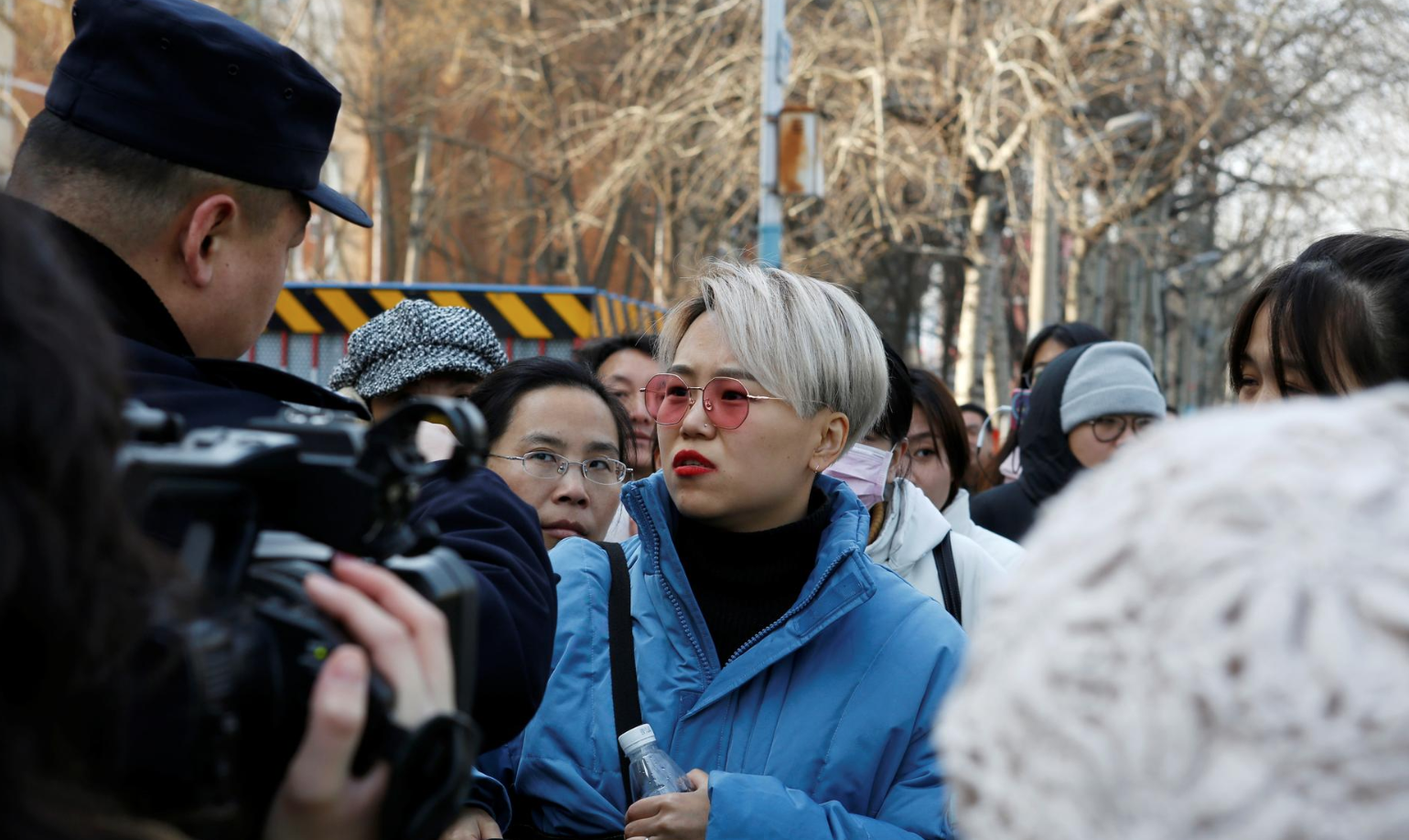 Xu speaks to a police officer after a court hearing of her process, December 23, 2019. /Reuters Photo

Xu speaks to a police officer after a court hearing of her process, December 23, 2019. /Reuters Photo

People are marrying later and less in China, a trend that has wide implication in the country's economic and social development. As of 2018, marriage rate had declined for five consecutive years to 7.2 per 1,000, hitting an 11-year low, according to China's Civil Affairs Ministry.

The decline in marriage stems in large part from the rise of an educated female population in China. Women are delaying marriages to build careers and marriage is no longer viewed as the only route to social security. Educated females cite the pursuit of freedom and a reluctance to settle for less as the primary reasons behind the decision to delay marriage.

The decline in marriage raises concern in China since the country is already plagued by low birth rate and an aging population. In a bid to deal with the demographic crisis, the Chinese government ended the decades-old one child policy in 2016 and some provinces started to offer tax benefits, like subsidies on housing and education to married couples. 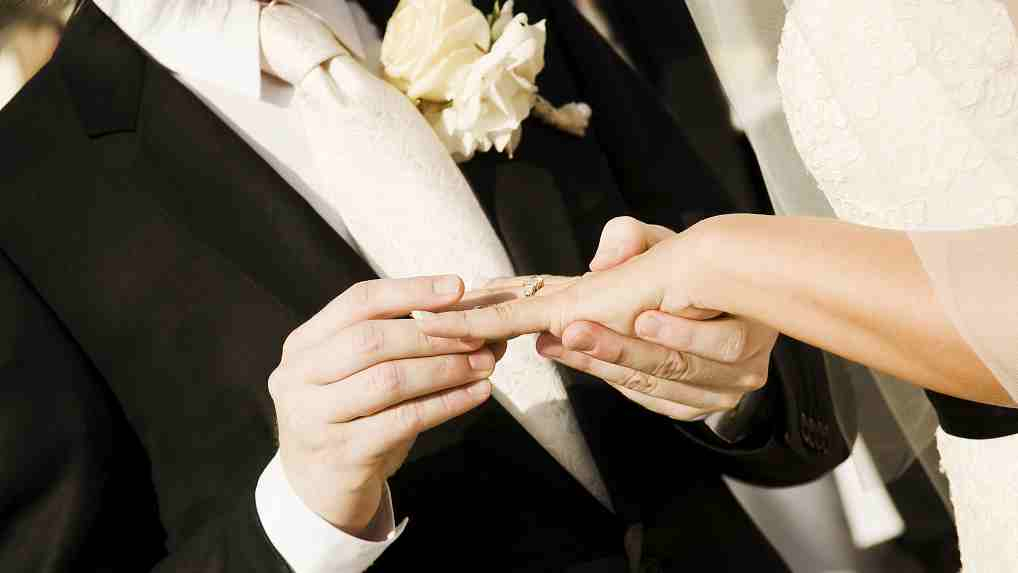 Bullying on campus is more common than most people realize. In China, school bullying was rarely talked about, until a 2019 film and a new proposed law brought the subject into sharp focus.

In recent years, several incidents involving violent attacks on school children by their peers were captured on video, causing outrage after the footage surfaced online.

That explains the rationale behind repeated public calls to revise the country's law on protecting minors, and for schools to take more responsibility to prevent bullying.

Currently, no mention of school bullying is found in China's Law on the Protection of Minors. A revision with an added chapter addressing the issue was submitted for review in October.

The proposed law also targets bullying outside the classroom and after school, as well as adults who mistreat minors while working as educators. 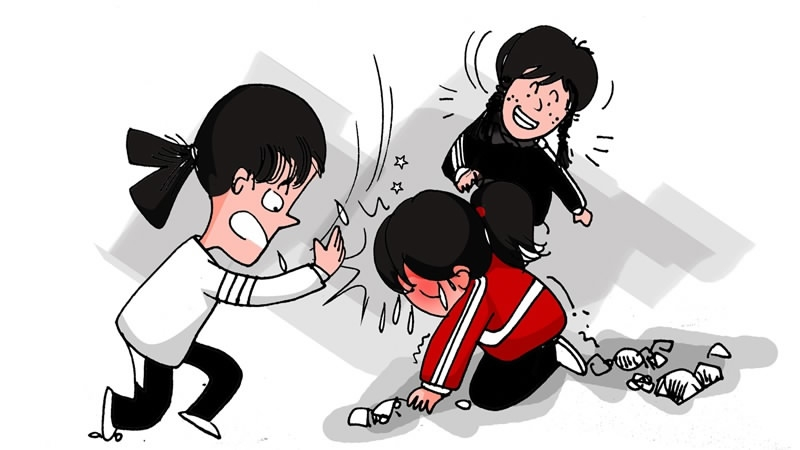 Actor is no scholar

In this image-obsessed age of social media, the need to impress has driven some celebrities to play a persona that could come with real-life consequences.

Chinese actor Zhai Tianlin was a popular figure that learned this the hard way in 2019, after he was expelled from a prestigious management school and had his PhD revoked by another university over plagiarism allegations.

The 31-year-old actor had boasted a shiny resume of academic achievements, which included master's and doctoral degrees from his alma mater, Beijing Film Academy, and his recent admission to a post-doctorate program at Peking University.

Many fans were disappointed to find out that their idol's scholarly persona was all but a façade, which started to crack when Zhai appeared ignorant of the most widely used academic database in China during a live-stream session. An old paper penned by the actor also surfaced and it was found to have been heavily plagiarized.

China's Ministry of Education called for a thorough investigation into Zhai's academic records and reiterated its "zero-tolerance" attitude towards all academic misconducts following the incident. Chinese actor Zhai Tianlin was at the center of a plagiarism controversy. /CGTN Photo

Chinese actor Zhai Tianlin was at the center of a plagiarism controversy. /CGTN Photo