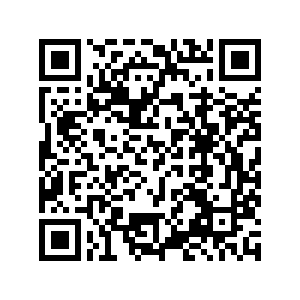 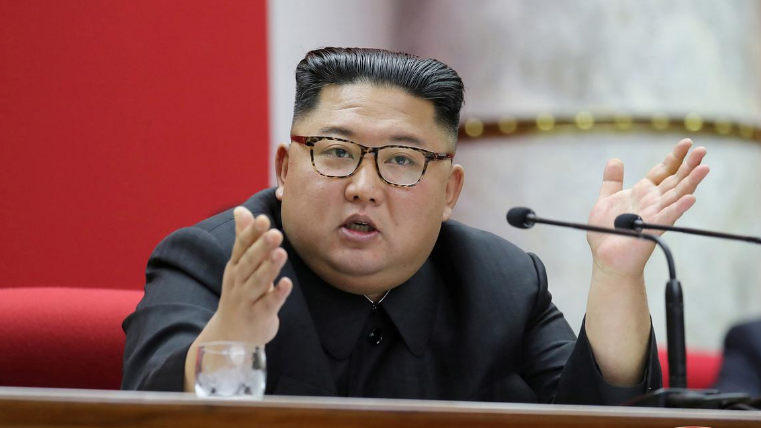 Democratic People's Republic of Korea (DPRK) leader Kim Jong Un has declared that the country will promote the project for developing strategic weapons and "the world will witness a new strategic weapon to be possessed by the DPRK in the near future," according to the Korean Central News Agency (KCNA) on Wednesday.

Kim made the remarks during the plenary meeting of the Central Committee of the Workers' Party of Korea in Pyongyang.

Kim said the DPRK took the lead in halting nuclear and intercontinental ballistic missile tests and abolishing its nuclear test site to build trust with the United States over the last two years, however, the U.S. side has responded with joint military exercises with the Republic of Korea (ROK) and more sanctions on the DPRK.

DPRK calls for 'diplomatic, military countermeasures' ahead of year-end deadline

Six-Party Talks up on menu as no more 'love' for Trump, Kim

"Under such condition, there is no ground for us to get unilaterally bound to the commitment any longer, the commitment to which there is no opposite party, and this is chilling our efforts for worldwide nuclear disarmament and non-proliferation," KCNA quoted Kim as saying during the party meeting.

Kim also said DPRK should "more actively push forward the project for developing strategic weapons" and "the world will witness a new strategic weapon to be possessed by the DPRK in the near future," according to KCNA. 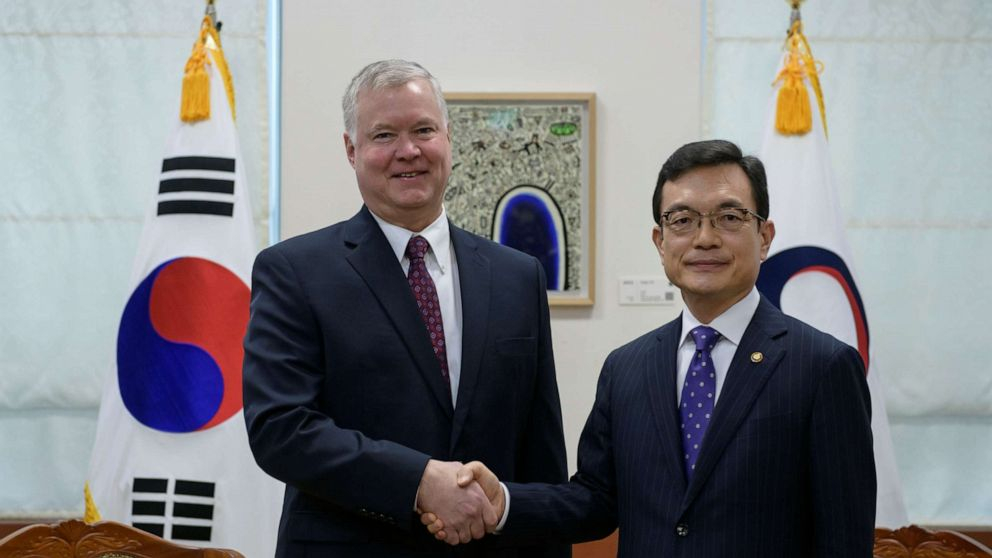 The ROK urged the DPRK not to carry out its threaten of testing a "new strategic weapon," as it would be of no help to the denuclearization process and building a permanent peace mechanism on the Korea peninsula.

"The government makes it clear that if the North (the DPRK) carries that out, it would not help denuclearization negotiations and efforts to build peace on the Korean Peninsula," said the ROK Unification Ministry in a statement.

It added that the ROK "pays attention to" the DPRK's actions and expressed hope for the resumption of the nuclear talks.

As a response to Kim's statement on the "new strategic weapon," U.S. Secretary of State Mike Pompeo said on Tuesday he hoped DPRK would choose peace over war.

"So, seeing that reporting publicly, it remains the case that we hope that Chairman Kim will take a different course," Pompeo told Fox News in an interview. "We're hopeful that ... Chairman Kim will make the right decision - he'll choose peace and prosperity over conflict and war," Pompeo said.

In a separate interview with CBS News, Pompeo was asked whether he was alarmed by Kim's statements - Kim said there were no grounds for DPRK to be bound any longer by a self-declared moratorium on intercontinental ballistic missile and nuclear bomb testing.

"If Chairman Kim has reneged on the commitments he made to President Trump, that is deeply disappointing," Pompeo said.

"He made those commitments to President Trump in exchange for President Trump agreeing not to conduct large-scale military exercises. We've lived up to our commitments. We continue to hold out hope that he will live up to his as well." 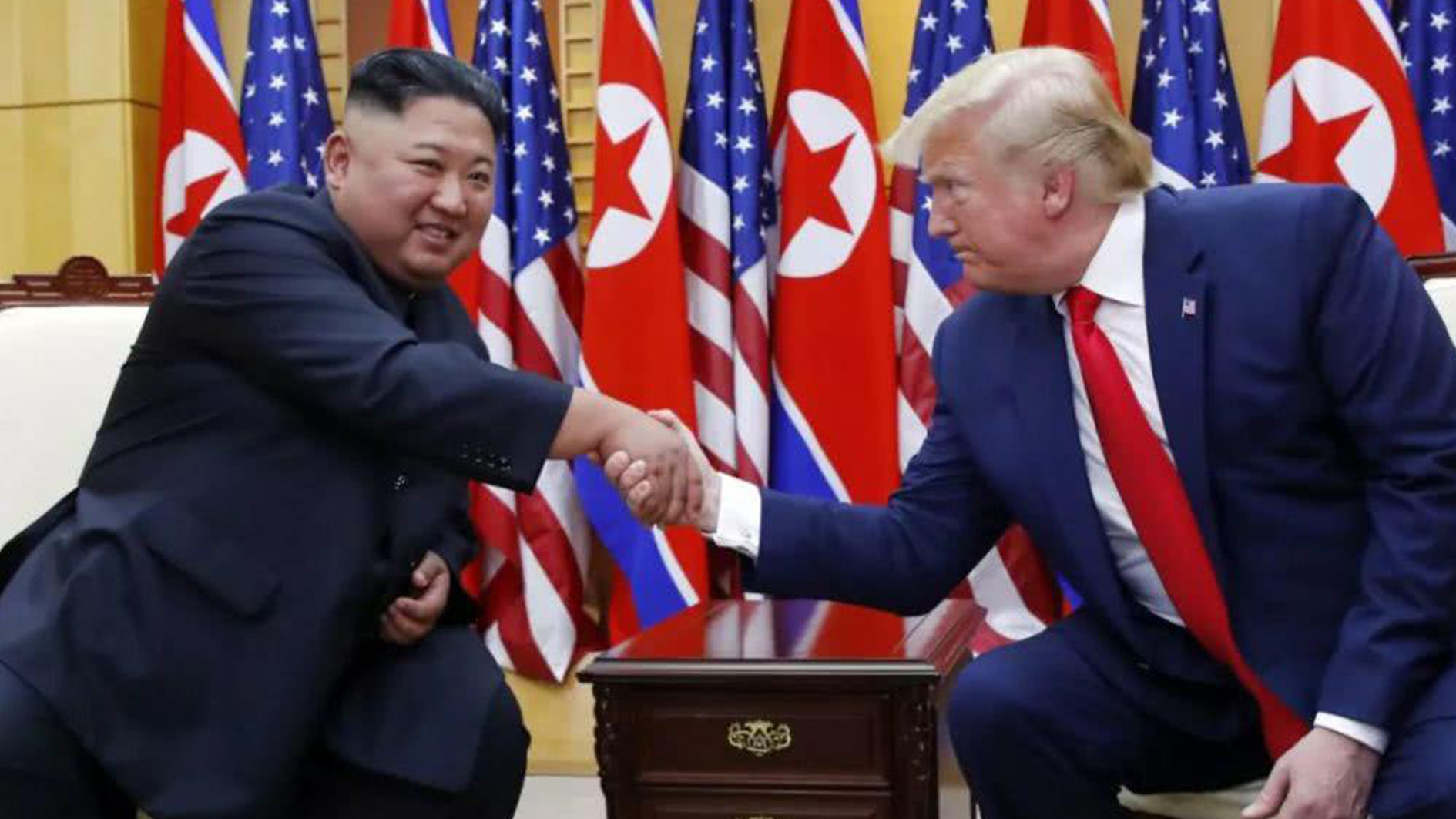 Tension had been rising ahead of the year-end deadline as Pyongyang conducted a series of weapons tests and Washington had not responded to Kim's repeated calls for concessions to reopen negotiations.

The nuclear talks have made little headway though Kim and Trump met three times. A working-level meeting in Stockholm in October fell apart, with a DPRK chief negotiator accusing U.S. officials of sticking to their old stance.

KCNA quoted Kim as saying that there will "never be denuclearization on the Korean peninsula" if Washington adheres to what he calls its hostile policy.

He called for his people to brace for an "arduous and prolonged struggle" and foster a self-reliant economy because of delays in a much-anticipated lifting of sanctions.