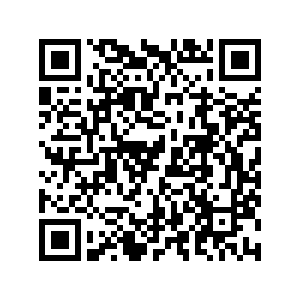 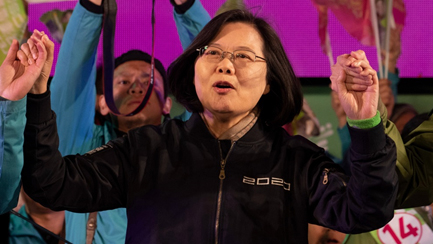 KMT's Han conceded defeat before the final result came out.

James Soong Chu-yu, the People First Party candidate, and his running mate Sandra Yu got more than 600,000 ballots, or 4.3 percent of the votes.

Taiwan's legislative election was held simultaneously with the leadership election.

Among the 113 seats in the island's legislature, DPP garnered 61 seats while KMT got 38.

Commenting on the island's election results, a Chinese mainland spokesperson reiterated the one-China principle, emphasizing that the mainland's policy towards Taiwan is clear and consistent.

"We uphold the basic principles of 'peaceful reunification' and 'One Country, Two Systems' as well as the one-China principle, resolutely safeguard national sovereignty and territorial integrity, resolutely oppose separatist attempts and acts for 'Taiwan independence' in any form, and resolutely promote the interests and well-being of Taiwan compatriots," said Ma Xiaoguang, a spokesperson for the Taiwan Work Office of the Communist Party of China Central Committee and the Taiwan Affairs Office of the State Council.

The Chinese Foreign Ministry on Sunday urged the international community to continue abiding by the one-China principle after the election.

U.S. could be conservative in playing 'Taiwan card'

Zhang Shun, an assistant researcher with the Institute of Taiwan Studies of the Chinese Academy of Social Sciences, is pessimistic about the cross-Strait relations with the DPP's Tsai winning her second term by stoking hostility toward the mainland.

"Failing to boost the island's economy, DPP authorities might well persist in playing the 'anti-mainland card,'" Zhang told CGTN Digital, noting that this will further hinder social and business exchanges with the mainland and pose a threat to Taiwan's own development and cross-Strait peace and stability.

According to Zhang, it's possible that the ruling DPP may continue its pursuit to drive the island further away from reunification with the mainland.

"Owing to Tsai's refusal to recognize the '1992 Consensus,' the impasse between the two sides was difficult to resolve," added Zhang. The "1992 Consensus" was reached by the two sides in 1992 to agree on a principle of one China.

Commenting on the U.S. support of Tsai after her re-election, Zhang said that Washington is expected to become relatively conservative in playing the "Taiwan card" with Beijing, as it does not want to see the Tsai authorities misjudge the situation and take risks.

"There will be limited space for Taiwan to upgrade its relations with the U.S. as it is still in the interest of the U.S. to maintain peace and stability across the Taiwan Strait," according to Zhang.

(With input from Xinhua, CGTN's Liu Yuyao also contributed to this story)