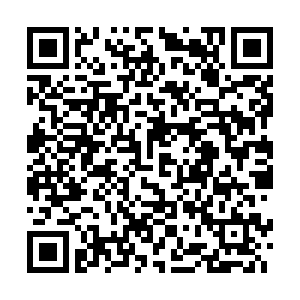 Elections for Taiwan's leader and legislative body will be held concurrently on January 11.

Here are some key information you need to know about the elections and their possible influence, especially on cross-Strait ties. 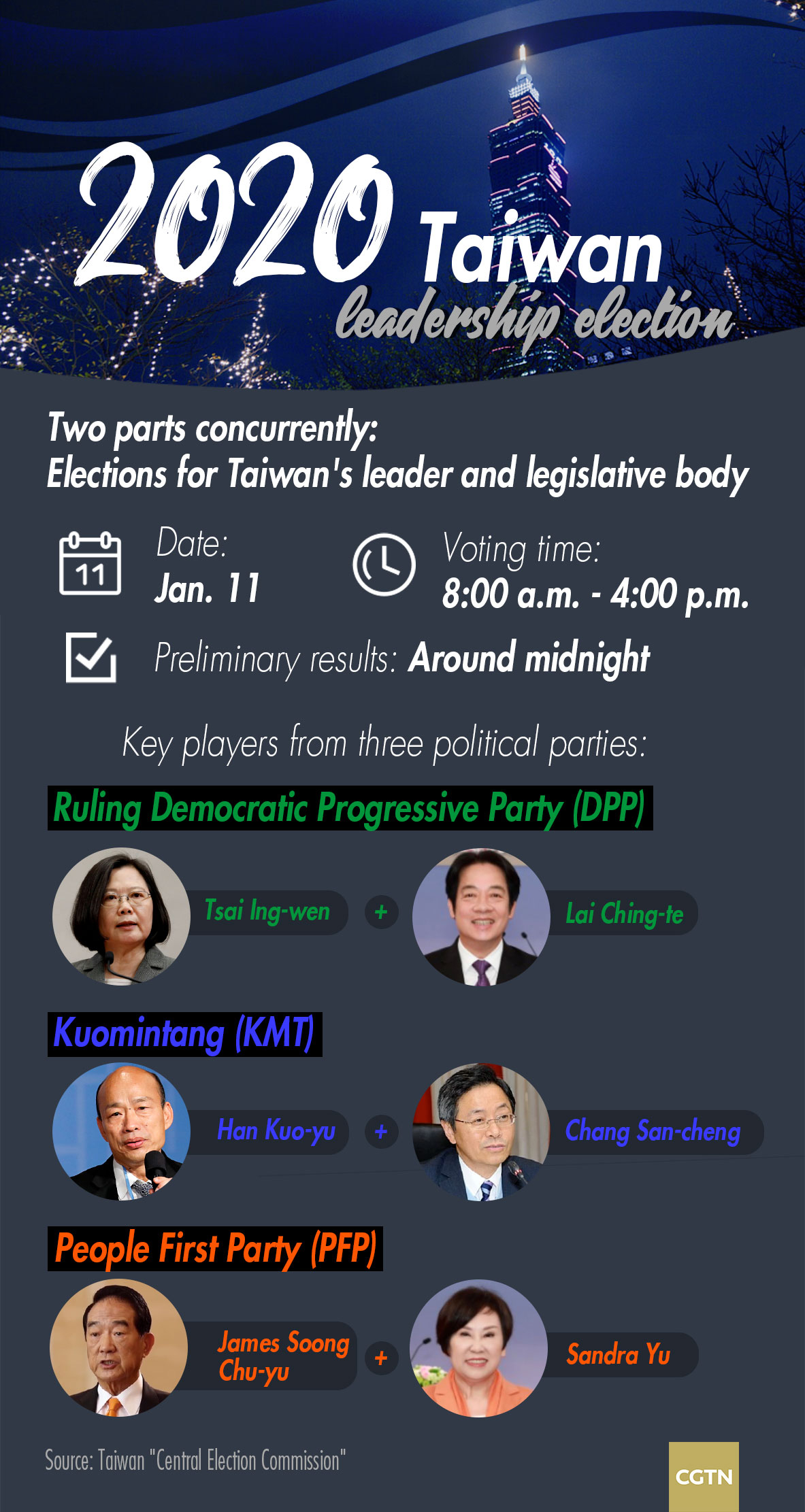 Who are the candidates?

Tsai Ing-wen, the ruling DPP candidate and Taiwan's current leader, will seek re-election with her "Great South, Great Development" policy, which is aimed at closing the development gap between southern Taiwan and other parts of the island.

Tsai has rejected the "1992 Consensus" during her time in office and has been slammed by the Chinese mainland as "disregarding Taiwan people's well-being," "banking on foreign forces to build themselves up" and "creating cross-Strait conflicts." Beijing says the consensus embodies the one-China principle and clearly defines the fundamental nature of cross-Strait relations. Meanwhile, nearly 60 percent of Taiwan residents are dissatisfied with the DPP policy toward the Chinese mainland, according to poll results released last January by the Taiwan Competitiveness Forum and the New Era Think Tank.

Another poll conducted after Taiwan's local elections by an online news outlet pointed out that 80 percent of respondents said the overall economic situation of Taiwan was "not good." 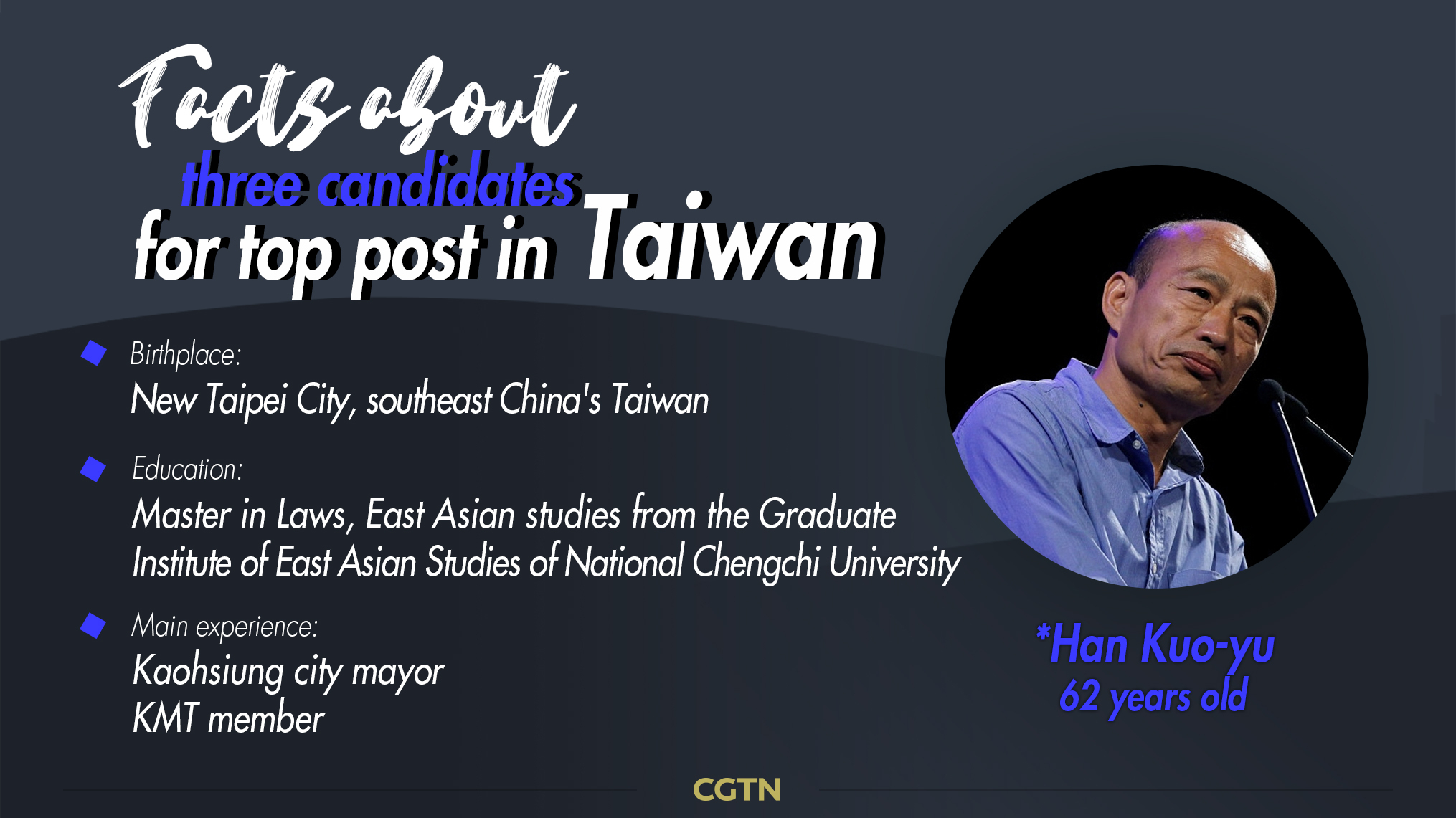 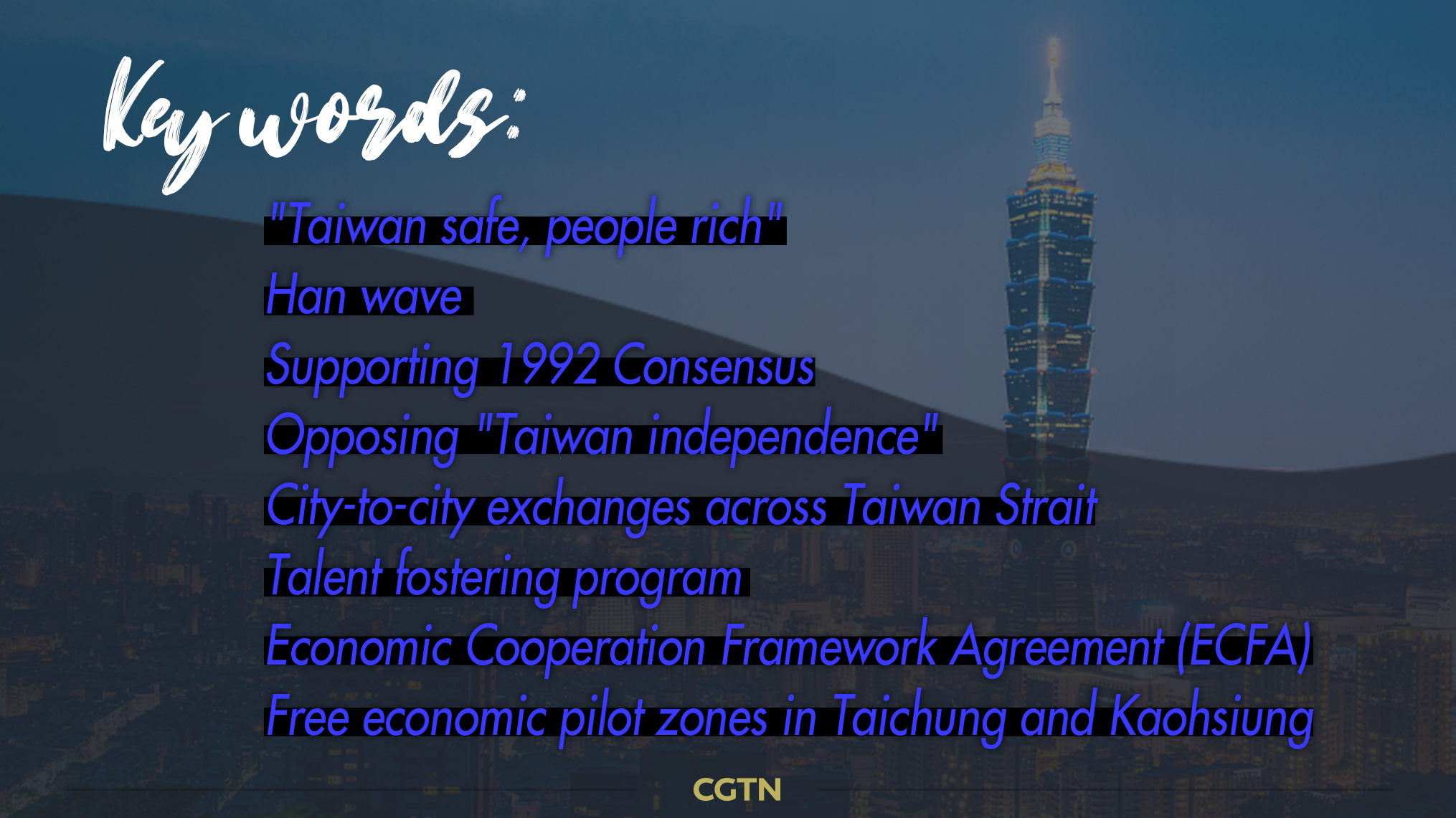 Han Kuo-yu, the Chinese KMT party candidate, was nominated as the party's candidate in July, with the political view that "there has to be a cross-Strait relationship for peace, stability and development."

Riding a surge of support among voters, which has come to be referred to as the "Han wave," he was elected mayor of Kaohsiung in southern Taiwan in November 2018, overturning a huge DPP majority in the traditionally "green" (the color representing the DPP and its supporters) stronghold. 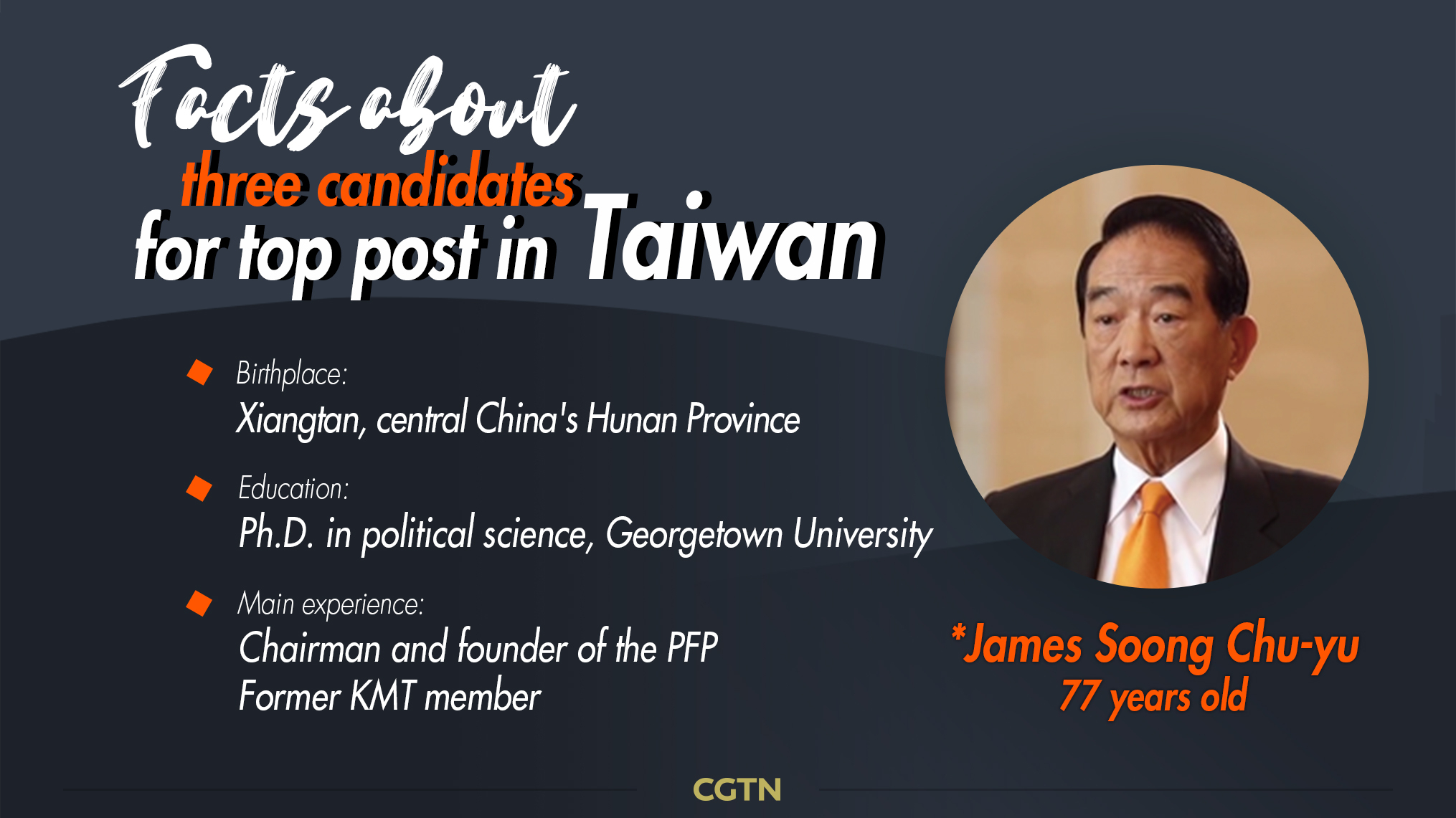 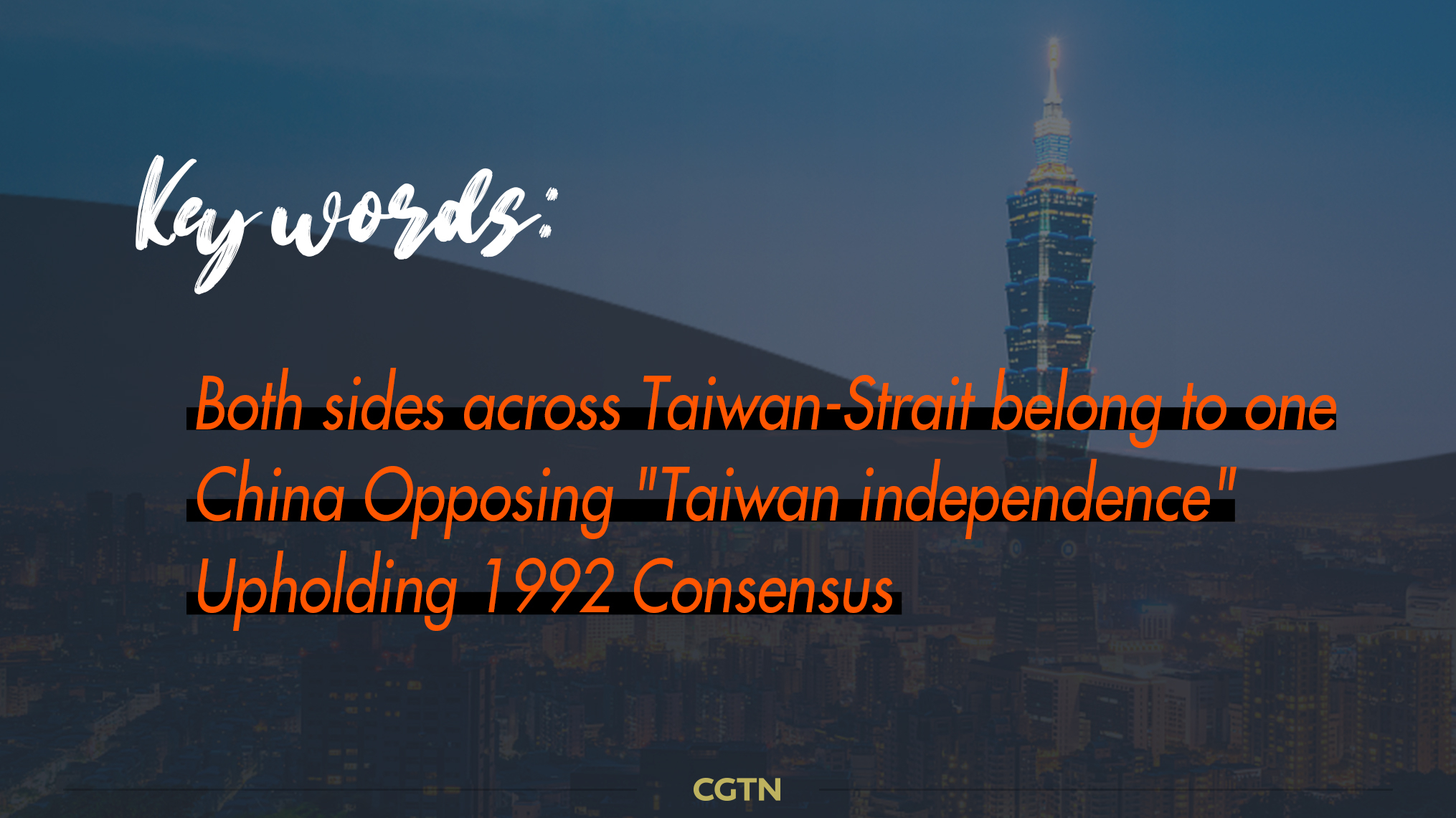 James Soong Chu-yu, the People First Party candidate, announced his fifth attempt for the top post on the Chinese island in November. His previous attempts in 2000, 2004, 2012 and 2016 were all unsuccessful.

Polls ahead of elections

December 31 was the last day for publication of any opinion polls, and results have suggested a lead for Tsai.

However, Chiu Yi, a professor at Taiwan-based Chinese Culture University, pointed out that public opinion polls in Taiwan have been distorted considerably, especially among young people, during an interview with CGTN.

He further explained that these people had received education with materials infiltrated with the poison of "Taiwan independence" and "that is why there exists huge opinion gaps between Taiwan people under 40 and those above 40."

Experts on cross-Strait relations after elections

Cross-Strait relations are a key topic for the elections.

Chiu analyzed several scenarios after January 11, saying that the result will have great influence on cross-Strait interactions.

Tsai will further advance her conspiracy of "Taiwan independence" unscrupulously if she wins, like creating "green terror" on the island with the "Anti-infiltration Act" and colluding with the U.S. to oppose the mainland, said the professor.

The passing of 'Anti-infiltration Act' is politically driven

The situation is not optimistic either if she loses. The winner of the election will be inaugurated on May 20, which means that there are almost four months for Tsai to attempt to produce a reversal.

"If she creates tension and turbulence on the island during the four months' period, the results of the election will be voided," said Chiu.

If Han wins, then hope for Taiwan people will come, the professor added. "The two sides will gain the opportunity to sit down and have democratic consultations with a strong and effective team formed by Han." 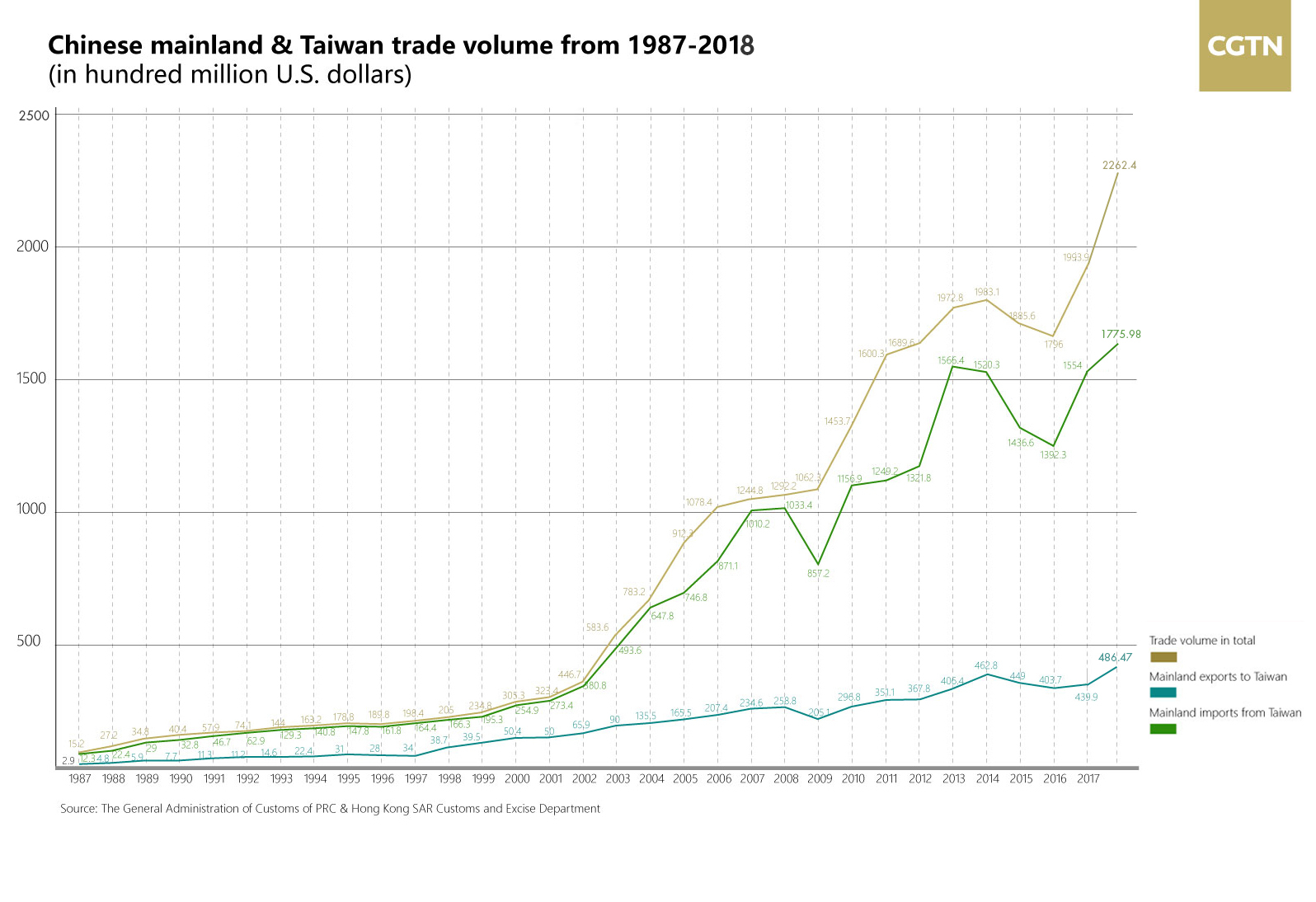 Zhang Shun, an assistant researcher at the Institute of Taiwan Studies of the Chinese Academy of Social Sciences, told CGTN that cross-Strait ties will not be the only factor that will influence the results of the elections.

"It is the internal factor that will finally determine the results, such as the administrative performance of Tsai Ing-wen, the adjustment and development inside the Kuomintang party and so on," he said.

As for the influence of the results on cross-Strait ties, Zhang said that it will be "periodic and temporary," given the impact of previous election results. 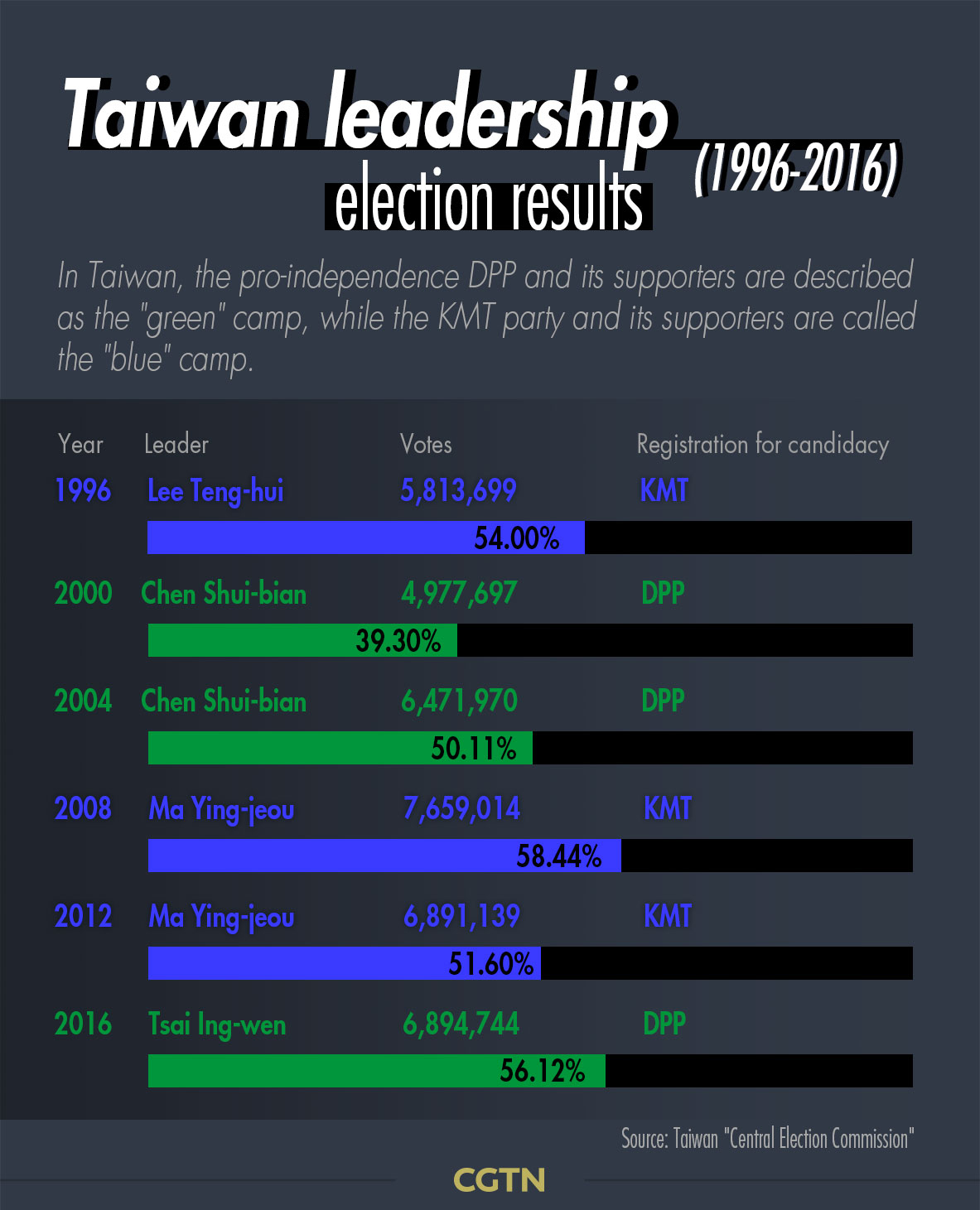 The peaceful and stable development of cross-Strait situations and the progress of cross-Strait relations are irreversible, he noted, pointing out that the path of moderate "Taiwan independence" will prove a dead end even if Tsai wins.

The settlement of the Taiwan-related issues fundamentally depends on the development of the Chinese mainland, Zhang stressed.