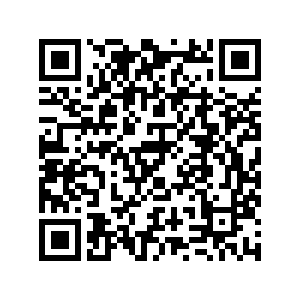 The 19th Central Commission for Discipline Inspection (CCDI) – the top anti-graft body of the Communist Party of China (CPC) – concluded its fourth plenary session in Beijing on Wednesday.

The meeting reviewed the disciplinary inspection and supervisory work in 2019, and listed priorities of the CCDI's work in 2020. CGTN breaks down these numbers for you.

The number of officials punished in 2019 remained at a relatively high level, showing no loose ends in China's anti-corruption efforts after achieving a "sweeping victory," which the country declared at the end of 2018. 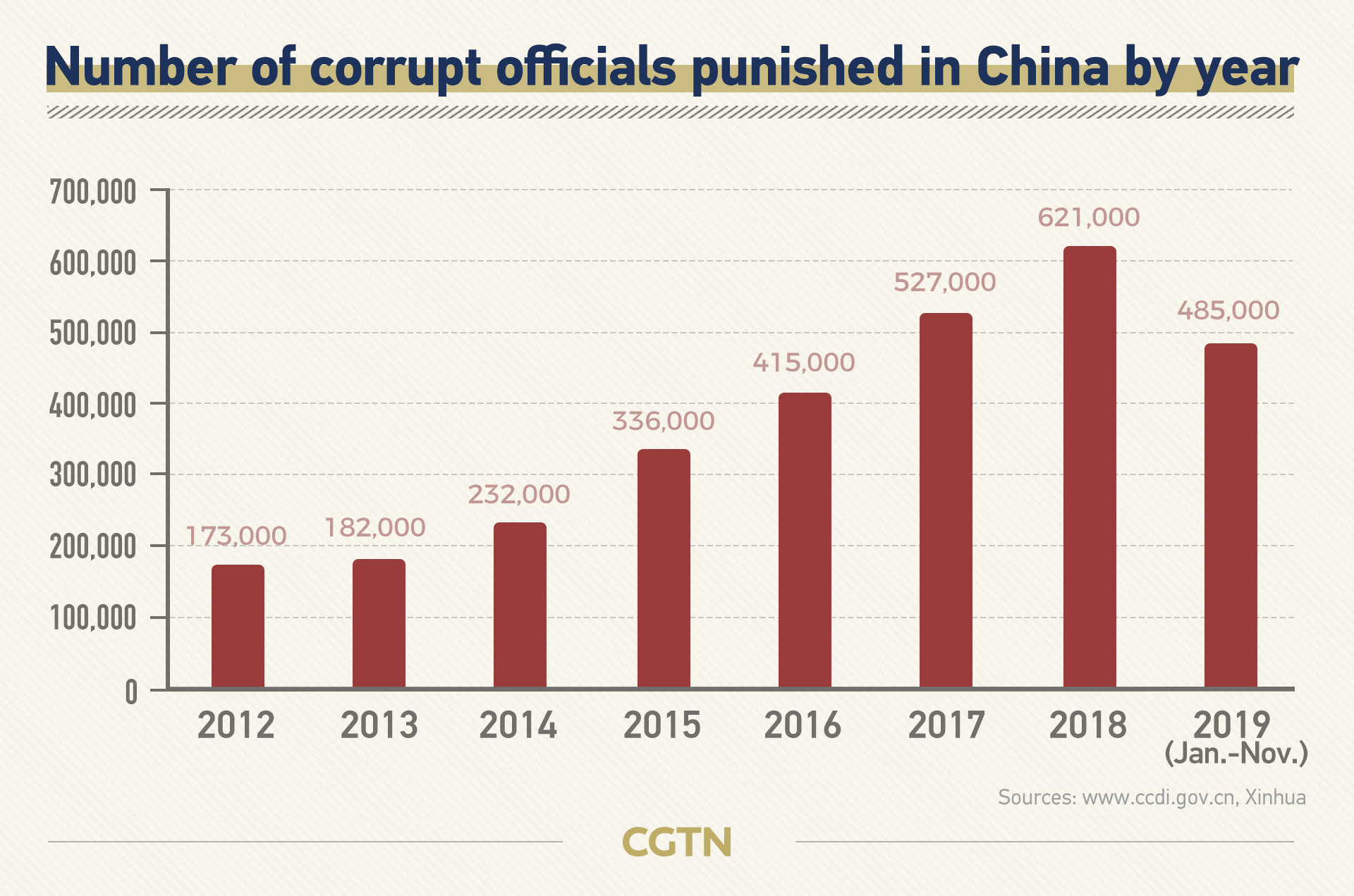 From January to November 2019, disciplinary inspection and supervisory organs across the country filed and investigated 555,000 cases, with 485,000 people receiving disciplinary measures within the Party or government agencies.

Meanwhile, China's anti-corruption campaign last year took a more targeted approach, particularly in departments and sectors where power is centralized and resources are available in bulk. 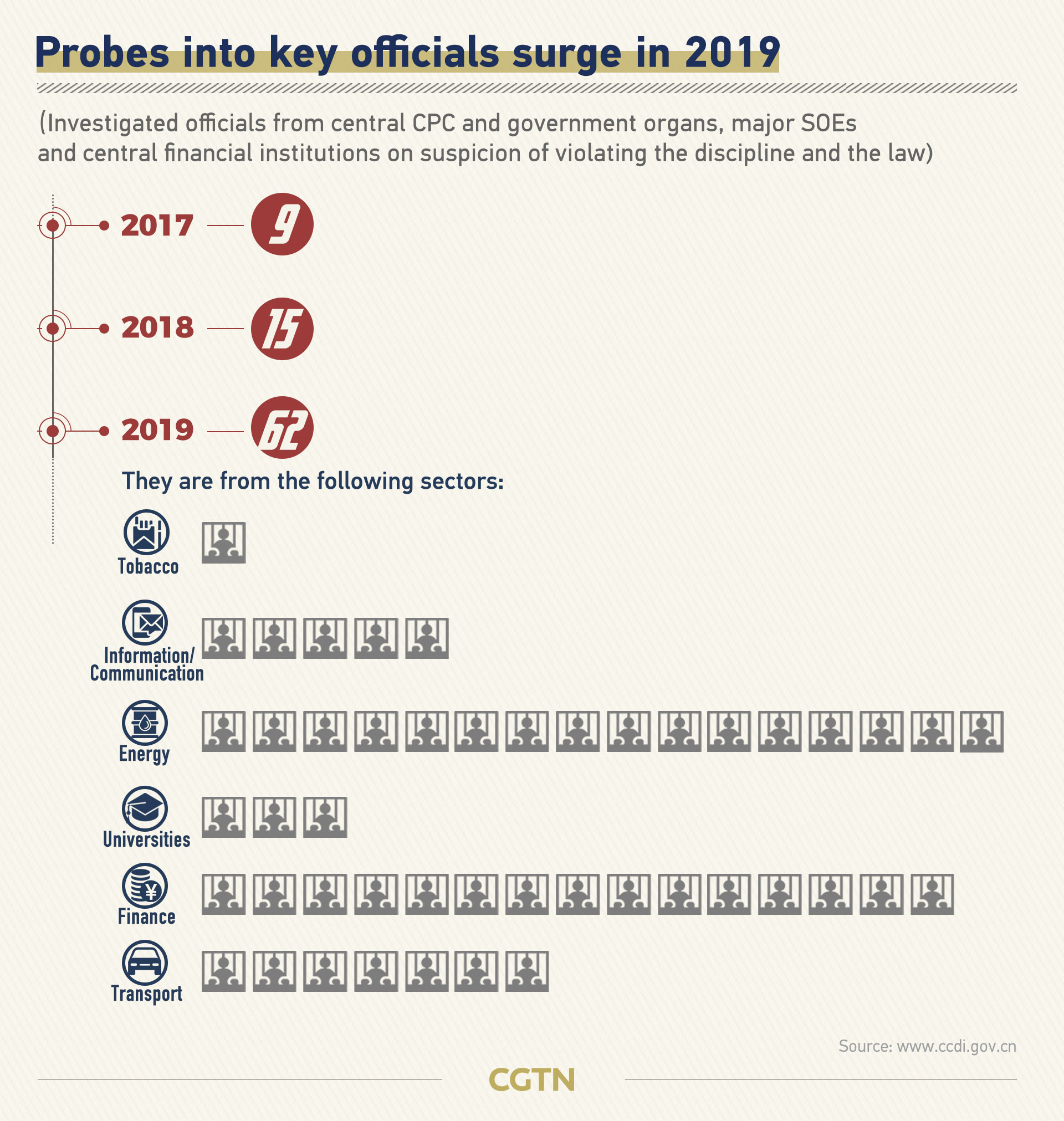 The financial sector was given special focus. About 40 high-level officials from major banks, insurance companies, trust companies, asset management companies, and regulatory agencies were either probed or punished for graft in 2019, according to the CCDI website.

One of the high-profile names among them was China's former top securities regulator Liu Shiyu, who surrendered himself to authorities and confessed his misconducts in May.

In the most recent case, ex-chairman of China Development Bank Hu Huaibang was expelled from CPC last week over "serious violations of Party discipline and laws." An investigation into his dealings was launched last year.

This momentum is expected to continue this year. Tougher steps should be taken to "combat graft in the financial sector and state-owned enterprises, strengthen the administration of state resources and assets…" as President Xi Jinping said in his speech delivered at this year's plenary session on Monday.

The nationwide anti-graft campaign also made remarkable progress in other aspects, such as crackdown on "tigers," "flies," and "foxes" – which stand for high-ranking, low-level and overseas corrupt officials respectively.

From January to November 2019, around 70,800 and 86,400 cases involving corruption and misconduct related to poverty relief and people's well-being respectively were handled, with 99,000 and 110,000 people punished.

Moreover, a total of 1,841 fugitives were repatriated to China from abroad in the period, including 816 Party members and state functionaries, and over 4.09 billion yuan (around 586 million U.S. dollars) of illicit money was recovered.

The campaign against gangs and organized crime has also made headway, handling 47,200 cases of gang-related corruption and "protective umbrellas" that shelter crimes since its launch in January 2018.

It is also a strong signal that no one is above the law.

What about this year?

Strengthened anti-graft efforts are expected to be dedicated to areas related to poverty-relief and people's well-being this year.

"For 2020, the Party and state supervision systems must be upheld and improved, checks and oversight over the exercise of power must be strengthened and a system under which officials 'don't dare to, are unable to and have no desire to commit acts of corruption' must be advanced as a whole," said a communique adopted at CCDI's latest session.