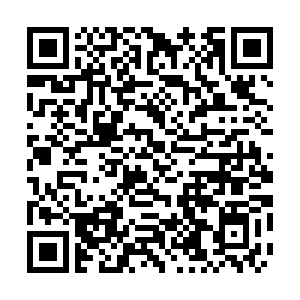 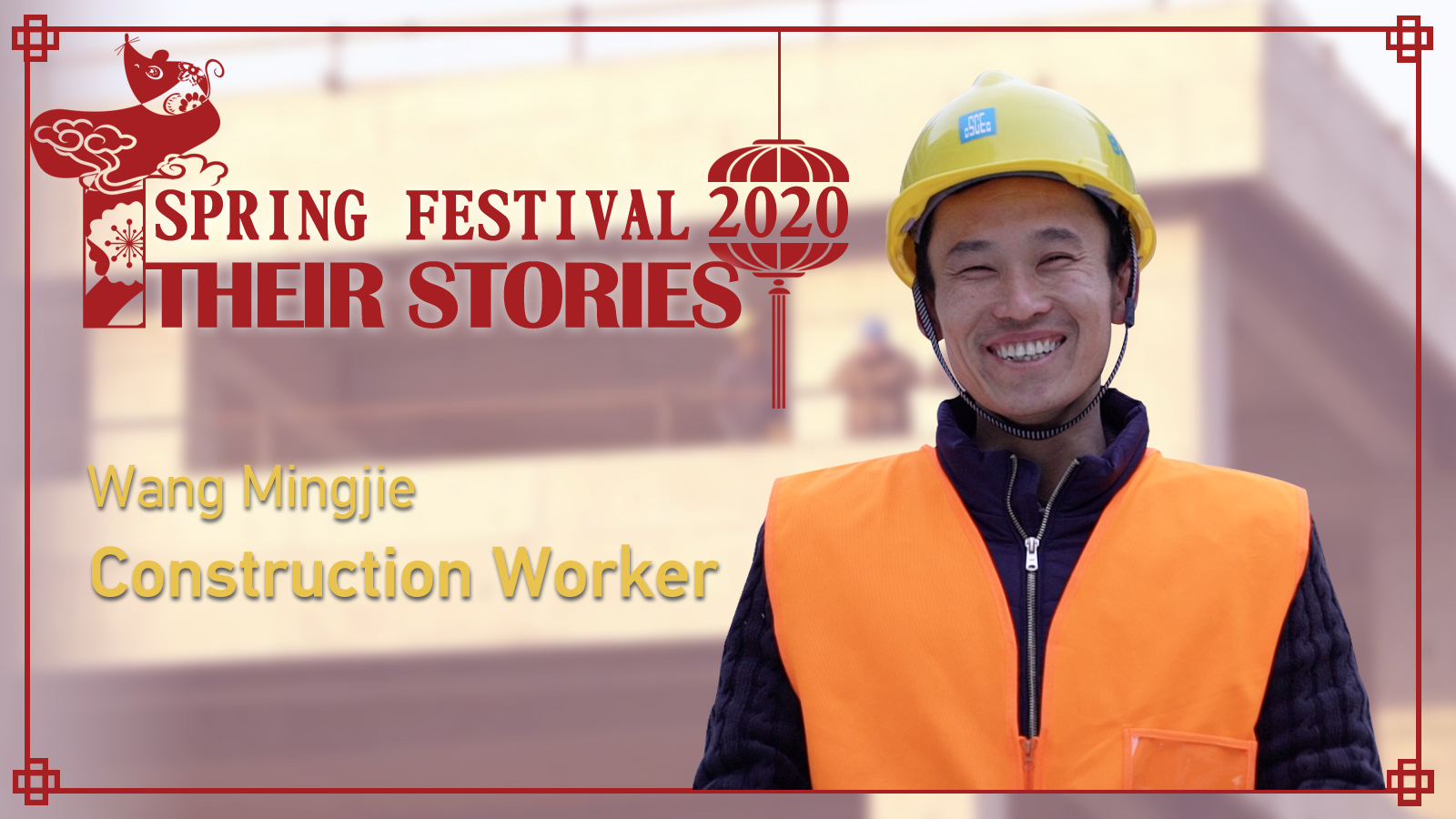 As Spring Festival draws closer, all Wang Mingjie can think about is getting back to his family. He dreams of kissing his two young children and handing them their favorite toys. Yet without money, he knows he can't make the dream a reality.

"There's responsibility on me, as a father and husband," the 30-year-old said. "When I get back to my home, I will need to buy stuff for my kids, my wife and my parents. They are all counting on me.

"And if you do not have enough money, how, can you go back?"

Coming from a small rural village in Xingtai, Hebei Province, Wang left home for the Chinese capital Beijing when he was 21. "The company in Beijing would pay 40 to 50 RMB (5.80 to 7.20 U.S dollars) more every day than the place I had worked for back home." 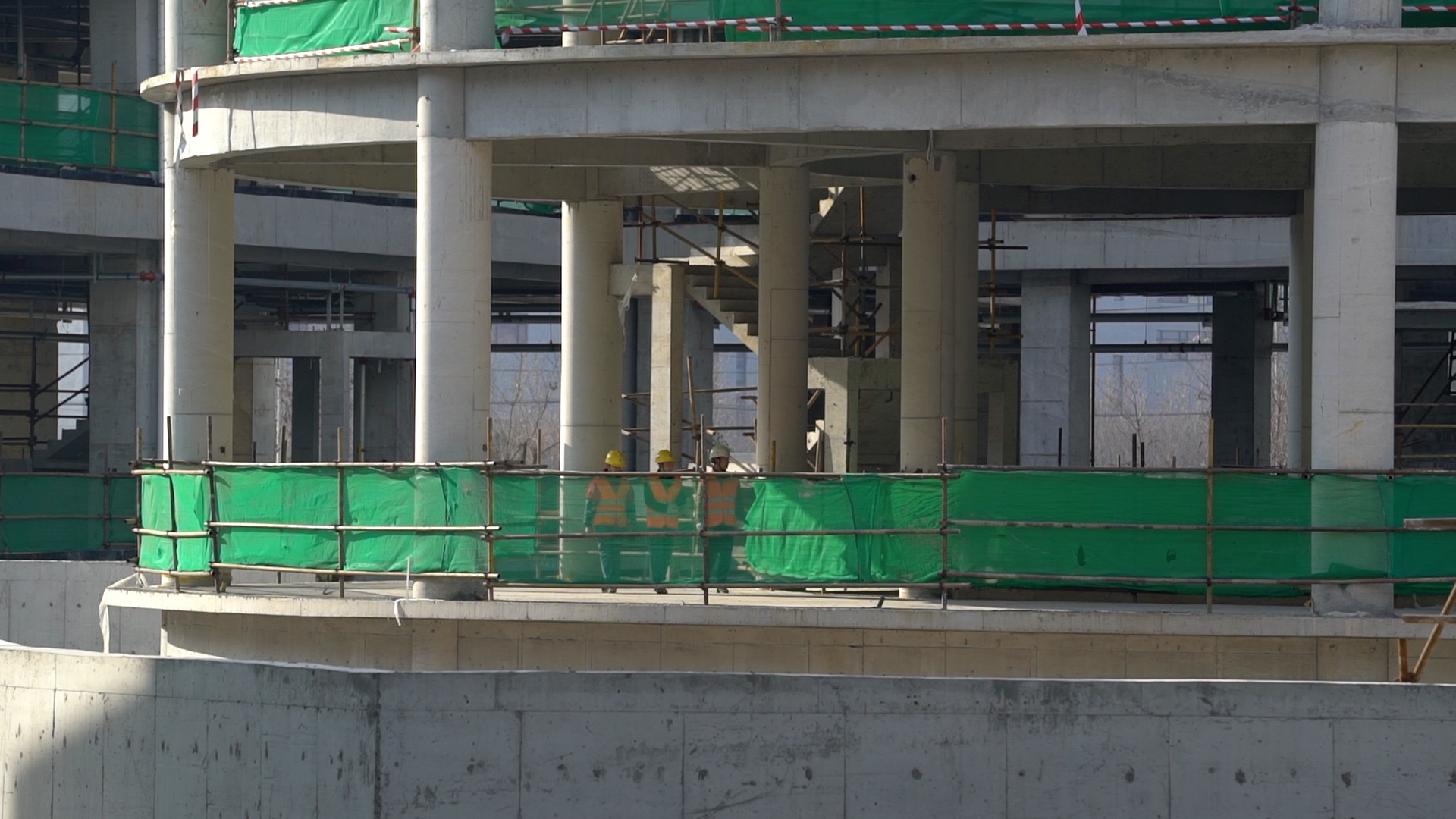 Wang Mingjie walks with his co-workers at a construction site in the Daxing District of Beijing, January 2, 2020. /CGTN Photo

Wang Mingjie walks with his co-workers at a construction site in the Daxing District of Beijing, January 2, 2020. /CGTN Photo

Yet higher pay comes with higher risks. As a construction worker who is in charge of installing sprinkler systems in buildings, Wang spends two-thirds of his time on a mobile scaffold that stands four meters high; he has to make sure he is tall enough to reach the pipes running through the buildings.

"I never tell my family where I work. I don't want them to be worried," he said.

"I don't even want them to see the buildings I've built. My kids would ask how I had managed to reach that high."

'When will I head home?'

Late nights are the best for deep thoughts, as they are for the father of two. He would ask himself, how long will he be staying in the hustle and bustle? When will he head home?

This is Wang's eighth year in Beijing, but for him, the metropolis could never be compared with his hometown.

"I will never have a sense of belonging here. Nothing feels as comfortable as it does back home," Wang said, citing the great distance between him and his family, the expensive groceries, and even the taste from home.

"Whenever I miss home here (in Beijing), I order dumplings. But those machine-produced products are nothing compared to the delicate handmade dumplings my family would cook for me."

Wang is part of China's 290-million-strong rural labor force and his story may be revealing. An annual survey by Beijing authorities shows that China's migrant workers are less inclined to travel long distances for work in big cities.

Apart from nostalgia, grants provided by inland governments to entice migrant workers to stay local could be another factor. China's National Development and Reform Commission issued such policies in 2018.

Local authorities have been carrying out actions to support employment at home, including improving the entrepreneurship environment for migrant workers while working out preferential financial and taxation policies.

Wang said his biggest wish for this year's Spring Festival is to see everyone return home safely, having spent quality time with their children. As for his future, he hopes he can end up somewhere back home.

"If I can find a well-paying job, I will 100 percent leave Beijing for good. Indeed, I want to spend my life with my family," he said.