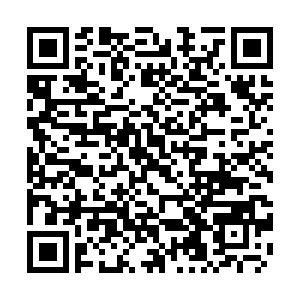 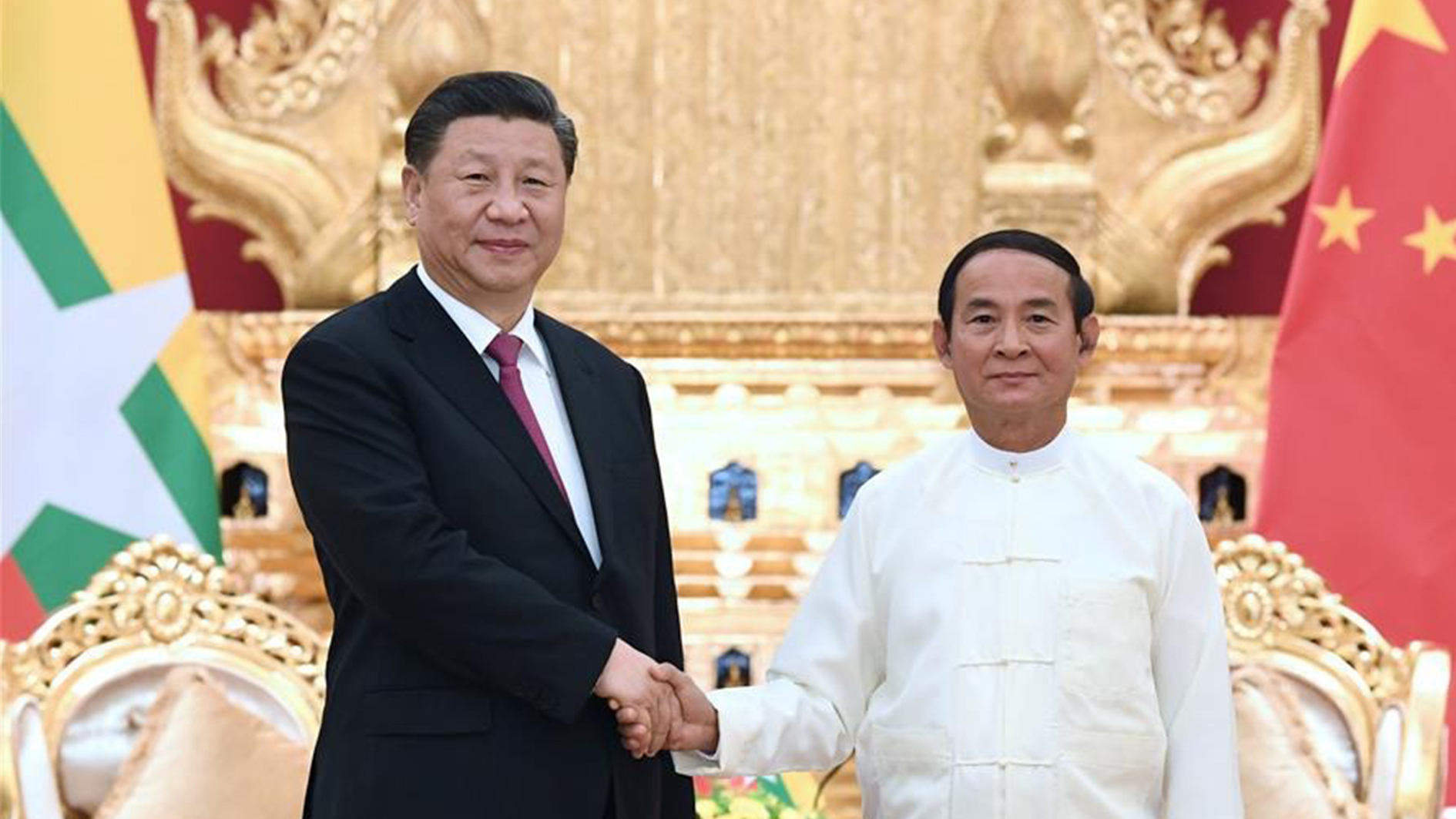 He made the remarks during talks with Myanmar President U Win Myint in the capital city of Nay Pyi Taw, stressing the importance of the "Paukphaw" (fraternal) friendship and deepening bilateral ties between the two countries.

President Xi arrived in Myanmar earlier Friday for a state visit, making it his first overseas trip in 2020 and the first visit to the Southeast Asian nation by a Chinese president after 19 years.

Hailing the strong foundation of the comprehensive strategic cooperative partnership between the two countries, Xi called for joint efforts to build a China-Myanmar community with a shared future and advance cooperation of the China-Myanmar Economic Corridor within the Belt and Road Initiative (BRI) framework.

Building a community with a shared future for mankind starts from neighbors, and China adheres to creating an amicable, secure and prosperous neighborhood, said Xi, adding that China is committed to peaceful development and will never seek interference in internal affairs of others.

Extending a warm welcome to Xi on behalf of the Myanmar government and people, U Win Myint said he believes the visit will be historic and open up a new chapter in bilateral relations.

Thanking China for its selfless support to Myanmar's economic and social development, he also expressed the hope that China will share more experience in governance with Myanmar and other developing countries.

The Myanmar president said the people in Myanmar appreciate China's support and understanding of issues concerning Rakhine state and that his country firmly adheres to the one-China principle regarding Hong Kong, Macao and Taiwan. 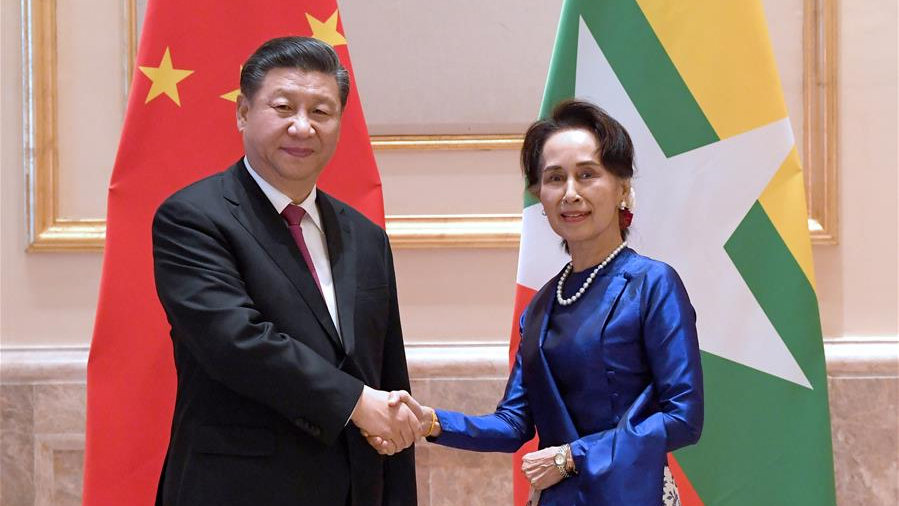 Myanmar-China community with a shared future

The event, which was attended by Myanmar leaders, including the president, state counselor and all cabinet members, was held to celebrate the 70th anniversary of bilateral diplomatic ties and launch 2020 as the China-Myanmar Year of Culture and Tourism.

Aung San Suu Kyi said that no matter how the domestic situation changes in Myanmar, all its governments always attach great importance to developing friendly relations with China.

Myanmar looks forward to deepening cultural and people-to-people exchanges with China to cement the public support for their friendly ties, she said.

She expressed the firm belief that under Xi's leadership, China will eventually achieve its two centenary goals and accomplish the great cause of national rejuvenation, adding China's development will deliver more opportunities to Myanmar and the world.

Myanmar leaders said they will continue to advance the joint construction of the Belt and Road and building of a Myanmar-China community with a shared future to benefit the two peoples.

They pledged to join hands with China and the rest of the world in building a community with a shared future for mankind and promoting world peace and development. 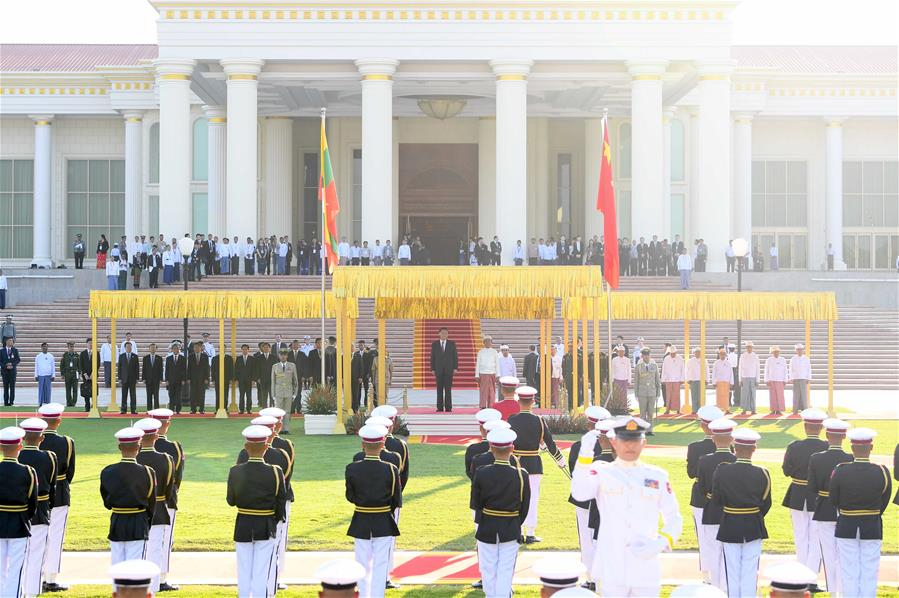 Earlier on Friday, the Chinese president arrived at Nay Pyi Taw International Airport, where he was warmly welcomed by the first vice president and several cabinet ministers.

In the evening, Xi attended a grand welcome banquet hosted by Myanmar President U Win Myint, who thanked Xi for making Myanmar his first foreign trip in the new year.

Myanmar and China have always adhered to the Five Principles of Peaceful Coexistence, respected and understood each other, and have been committed to developing closer cooperative partnership, he said. 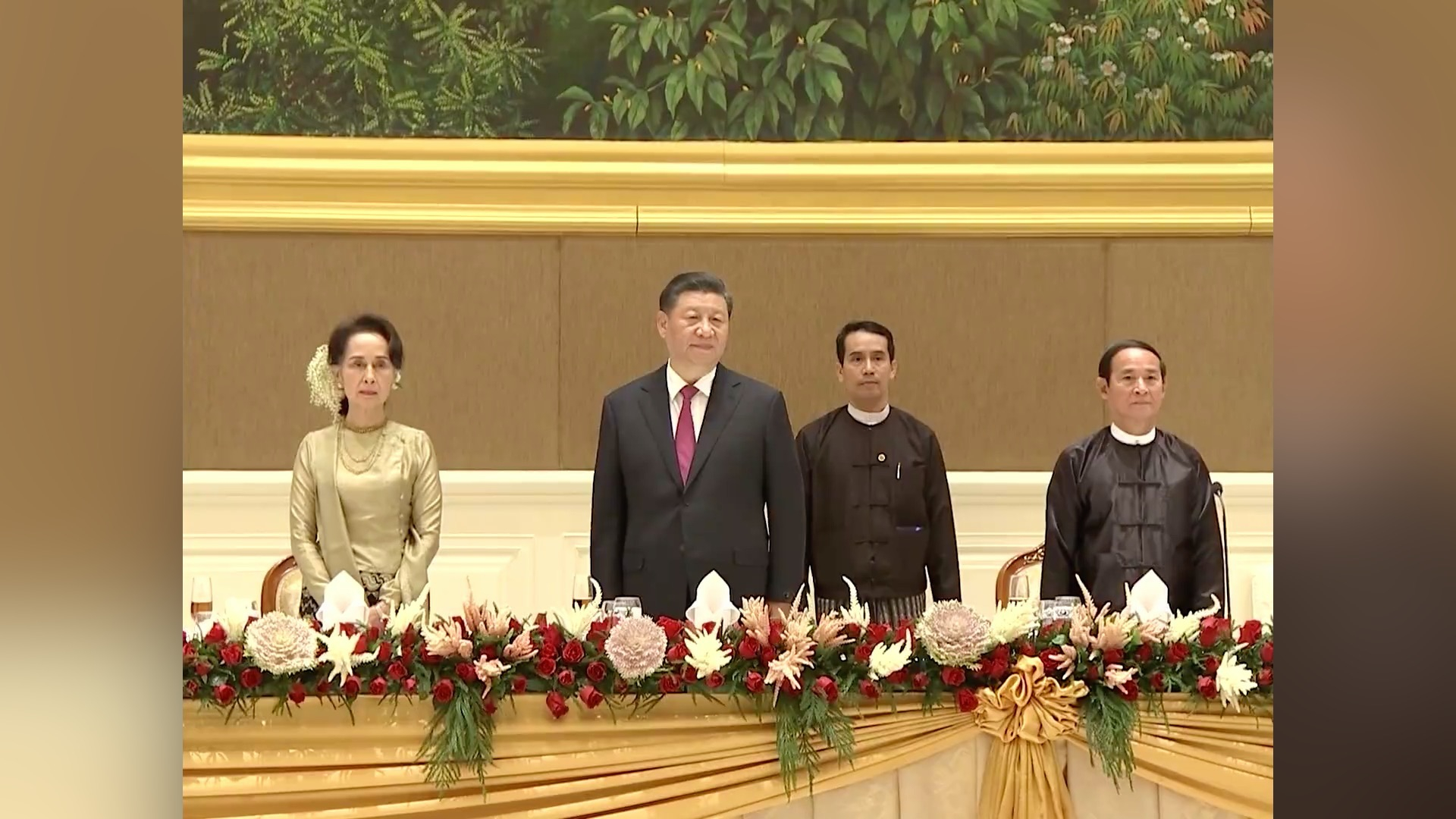 On his arrival, Xi said he appreciates the hospitality of the Myanmar government and people.

He said the reason the fraternal friendship between the two countries can last thousands of years and become ever stronger is that they have shared weal and woe and adhered to mutual respect and mutual benefit. He urged the two sides to pass on their friendship from generation to generation.

Looking into the future, the two sides should take the opportunity of the 70th anniversary of their diplomatic relations to carve out development blueprints and usher in a new era of bilateral ties, he said.

How does the BRI bear witness to China and Myanmar's friendship?