Is the "starry sea" the headwater of Yellow River?
By Zhao Ying 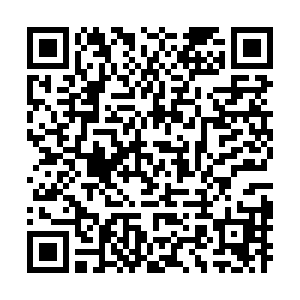 In ancient times, a mysterious starry sea was recorded to be the source of the Yellow River. The "sea" is actually a vast wetland. Looking down from the mountaintop, thousands of lakes are glistening in the sunlight, as if stars twinkle in the sky.

The beautiful word "starry sea" was then used to describe the entire headwater region of the Yellow River. When Princess Wencheng, a royal member of the Tang Dynasty, was married to King Songtsen Gampo of Tibet in 641, Songtsen Gampo welcomed his bride at the "starry sea". 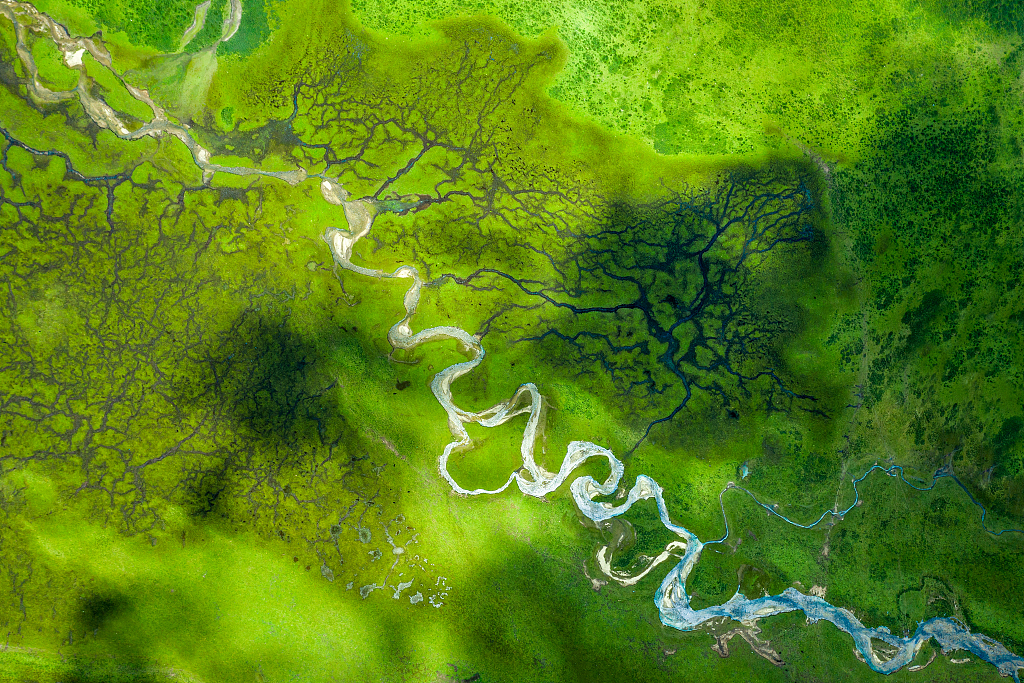 The three rivers, named Kariqu (卡日曲), Yueguzongliequ (约古宗列曲) and Zhaqu (扎曲) all flow into the starry sea. Kariqu is deemed as the real source of the Yellow River in that it has the longest stretch and the largest drainage basin. 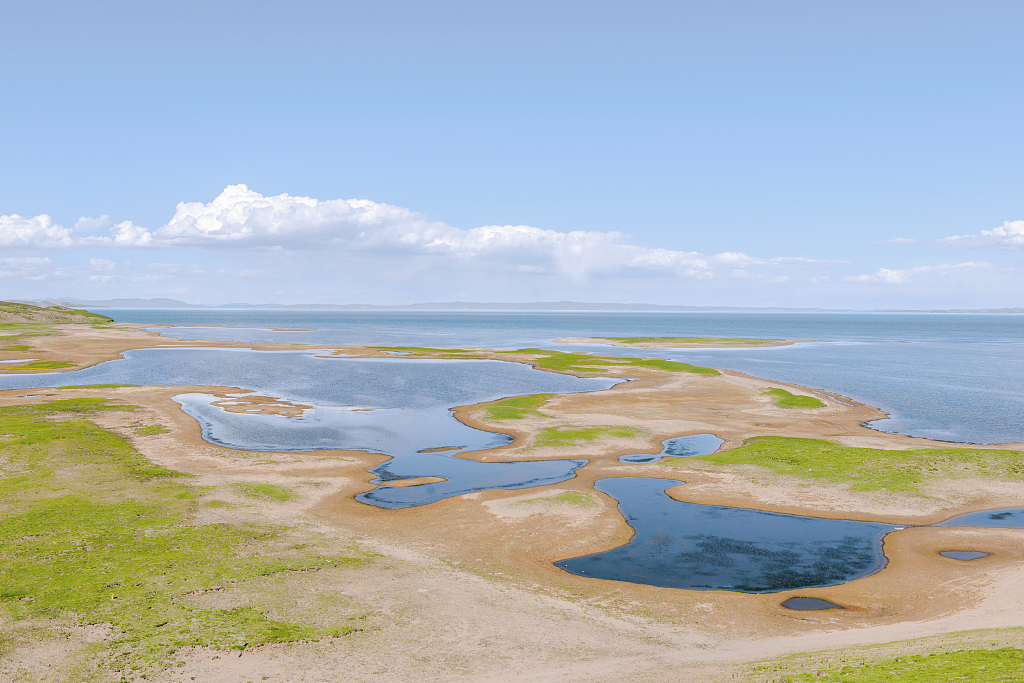 The headwater of the Yellow River. /VCG Photo

The headwater of the Yellow River. /VCG Photo

In Tibetan, "kariqu" means "copper-colored river". Flowing through a red rock stratum, the river takes away pieces of red grit, exhibiting copper hues. However, at the source of Kariqu in Gezigeya Mountain (各姿各雅山) in northwest China's Qinghai Province, the water is quite limpid.

The headwater of Kariqu consists of five inconspicuous streams. The initial river channel has a width and depth of only one meter. After it travels through the narrow Kariqu Canyon, more tributaries join it, gradually forming a river with a width of 10 meters heading towards the "starry sea". 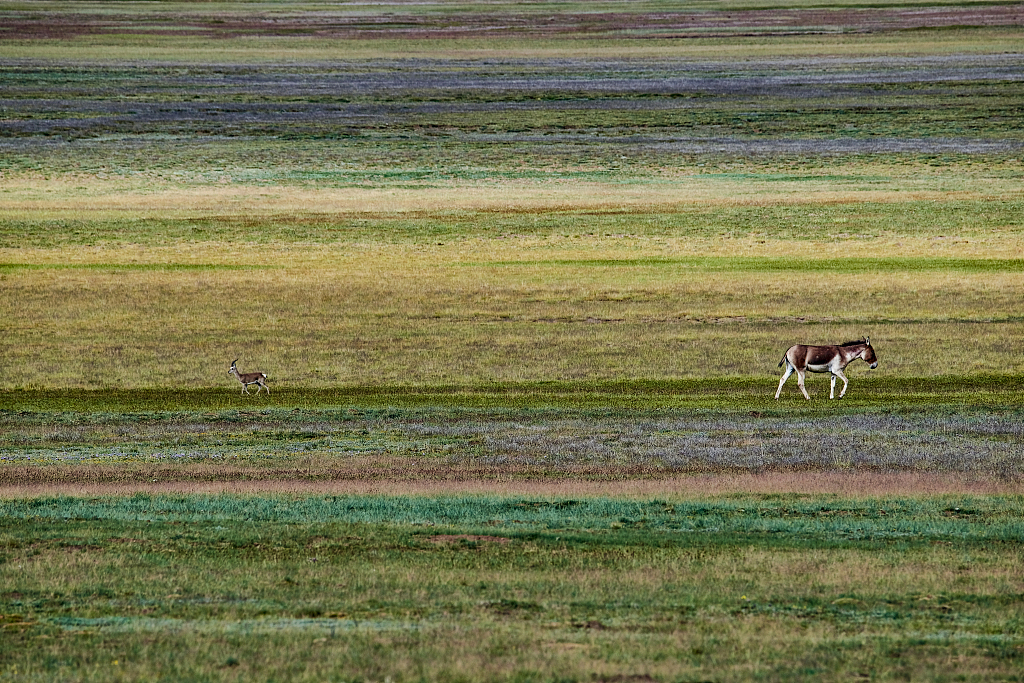 A Tibetan wild donkey is walking on the grassland near the Gyaring Lake and the Ngoring Lake. /VCG Photo

A Tibetan wild donkey is walking on the grassland near the Gyaring Lake and the Ngoring Lake. /VCG Photo

In the "starry sea", there are two large freshwater lakes occupying a land area nearly the size of Hong Kong: the Gyaring Lake and the Ngoring Lake. According to locals, only when the river flows past the two lakes can it be called the Yellow River.

The two freshwater lakes at an altitude of over 4,000 meters have an astonishing water storage. Although their total size is only half of the Lake Tai, their water storage is three times of it. During Losar, the Tibetan New Year, locals would come here and wish for an auspicious year. 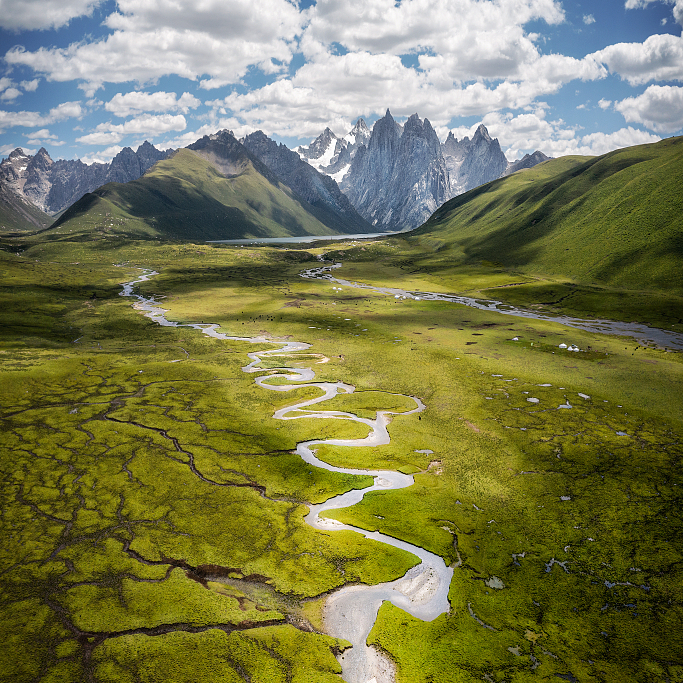 Since ancient times, humans have settled down near the river basin across all continents. The Yangtze River and the Yellow River in China are the cradles of Chinese civilization. In history, the two rivers have endowed people with bountiful water, food and other resources, but now they are sick. The pollution and dropping biodiversity have great impacts on wildlife and people's life as well. In this series, CGTN takes you to both rivers to see how animals, plants and humans live.