In The Spotlight: Pet guardians in the time of coronavirus
By Wang Xiaonan, Qi Jianqiang 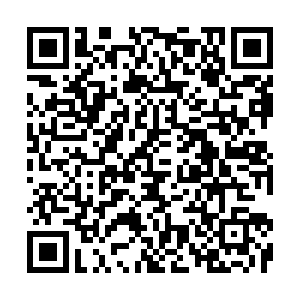 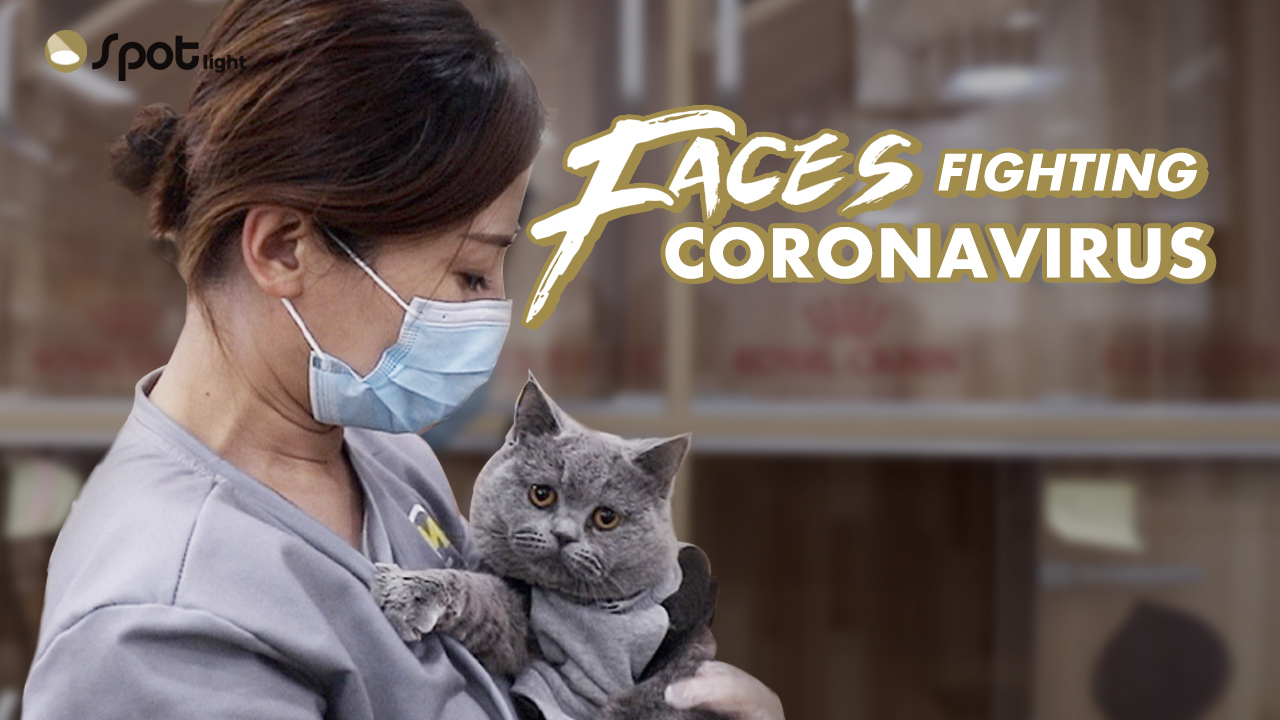 This is the second episode of our series "Faces Fighting Coronavirus" chronicling people from different walks of life who are affected by the outbreak as well as those who are trying to keep their lives as normal as they can to keep our society running. You can find the first story here.

Our second episode documents how to treat every life fairly and equally in this difficult time.

Fang Junwen had given up on her plan to go home for China's most important holiday, where she would have reunited with her parents in the northeastern city of Shenyang.

As a pet hotel manager, she flip-flopped two days before the Spring Festival began, when a handful of her customers said they would not be able to pick up their pets as scheduled due to the coronavirus outbreak and corresponding preventive measures.

This is a harsh winter for Fang, who has been working in the pet industry for over a decade. Her four staff members had left for the week-long family reunion holiday but were unexpectedly stuck at home given traffic restrictions, leaving her to tend to the dogs and cats alone.

To set her customers at ease, she's been living in the store since late January so that she could check the status of their furry friends and send them videos at any time of the day. 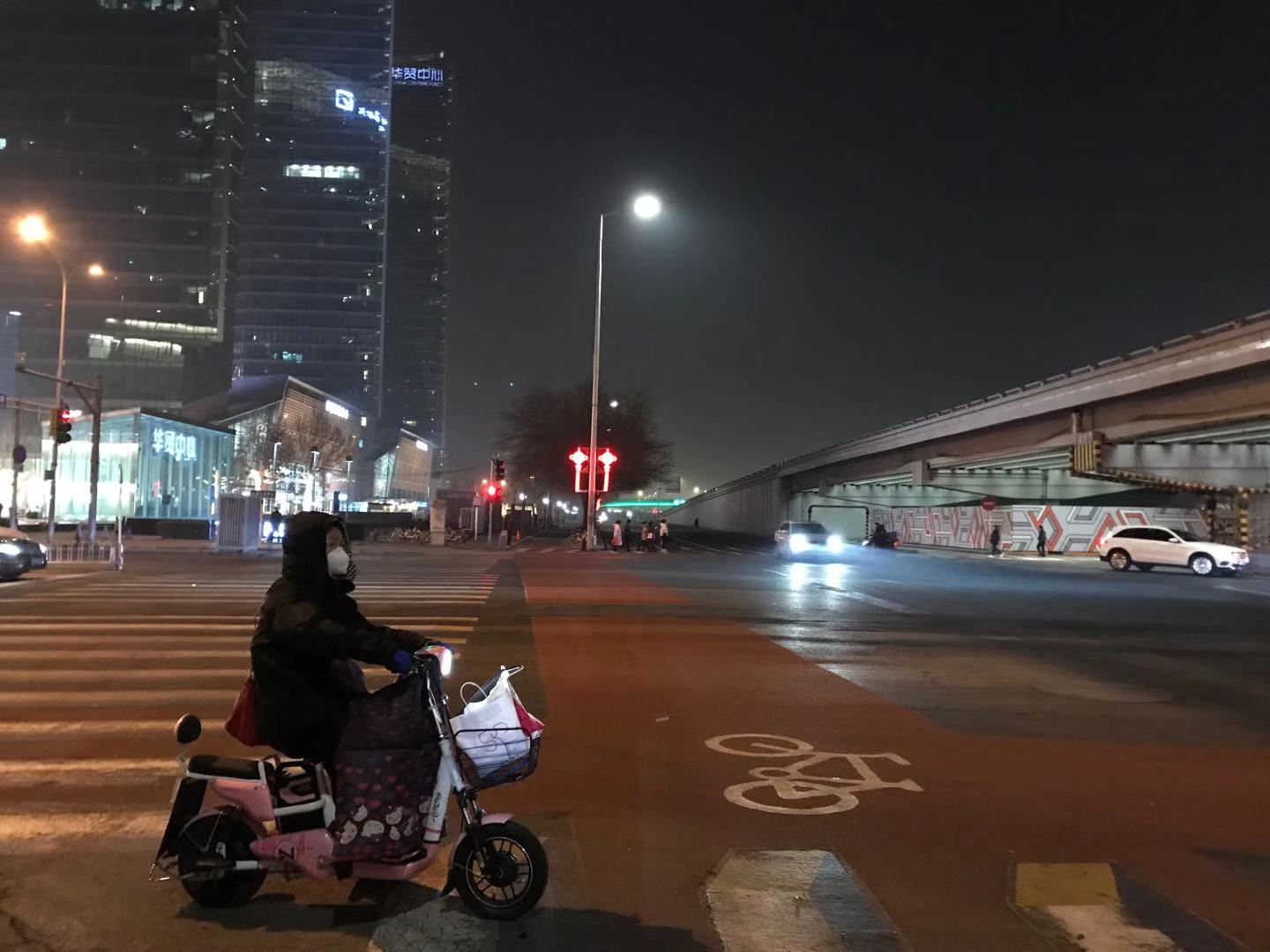 Each day, the pet store would send one physical exam report, two videos and six pictures of each pet to its owner online, but the abrupt outbreak disrupted this routine – Fang now sends two physical check forms, a dozen videos, plus numerous photos to each pet owner every day.

"Yuan, the owner of the twin cats – two-and-half-year-old Dingding and Dangdang, had returned to her hometown in Wuhan on January 21 and originally planned to fetch them on February 1. But now she's not sure how much longer the cats will stay here," Fang said. The owner had expected to be away for 10 days, but her leave was extended indefinitely as the ground zero city has been on a lockdown since January 23.

At first, Yuan had called several times a day to see if Dingding and Dangdang had stress responses as a result of their extended stay in an unfamiliar environment. "Cats would show reactions such as hiding, vomiting and poor appetite when they feel they are dumped by their owners," noted Fang. "The only way to relieve their stress is to let them communicate with their owners more and appease them to make them feel at home. Yuan is at ease knowing the cats are with us." 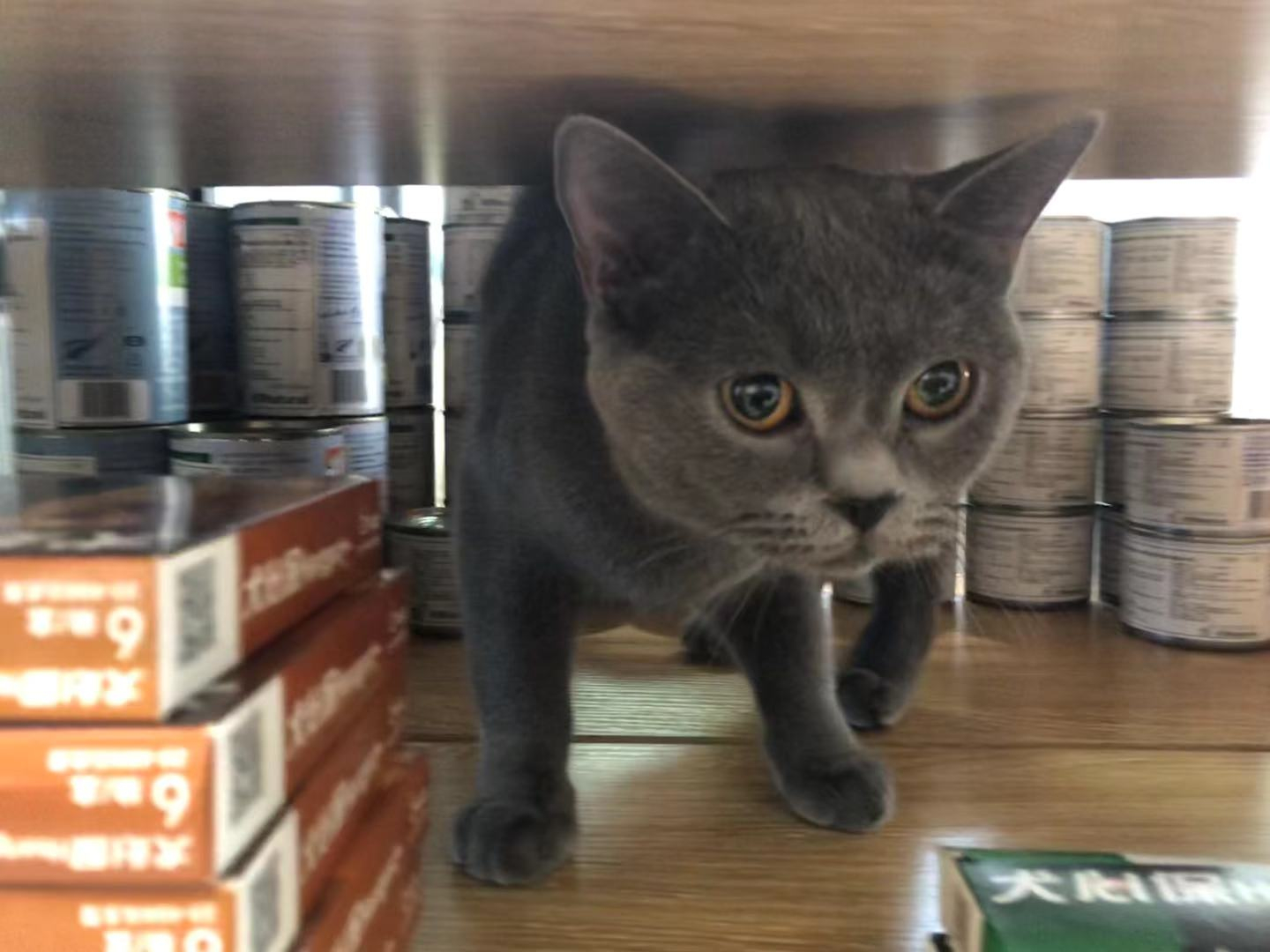 Paomian runs around in the pet store in Beijing, China, February 7, 2020. /CGTN Photo

Paomian runs around in the pet store in Beijing, China, February 7, 2020. /CGTN Photo

Other cats in the store aren't as lucky. There's the fretful Paomian, which means "instant noodles." "I can't reach her owner. I discovered I was blacklisted [by the owner] days ago," Fang said.

During every Spring Festival holiday – usually the busiest season of a year for pet boarding, some pets are abandoned, according to Gao Maoxiang, founder and CEO of Menta Pets. "But there are more such cases so far this year," he noted.

The higher abandonment rate may have derived from a slew of rumors that mammals carry and spread the novel coronavirus. The fear was further fueled when prestigious epidemiologist Li Lanjuan said, "This virus is transmitted between mammals, so we should take precautions with them."

Public panic has failed to subside even after the World Health Organization (WHO) stated that there is no evidence to show that companion animals or pets such as dogs and cats can be infected with the novel coronavirus.

Over the past days, pet cats and dogs could be seen cast out on the streets or stranded somewhere alone. In a Shanghai neighborhood, five cats were reported to have been hurled out of the window. In the Jiangsu city of Wuxi, a community committee staff member allegedly buried a cat alive when disinfecting the condo of its owner, who was diagnosed with the coronavirus infection and quarantined.

"I feel grieved and powerless. Every life should be treated equally. People can have a look into the cases of pet hospitals and will find out that so far there's no single case of the coronavirus originating from or being transmitted by pet cats and dogs," Fang said. 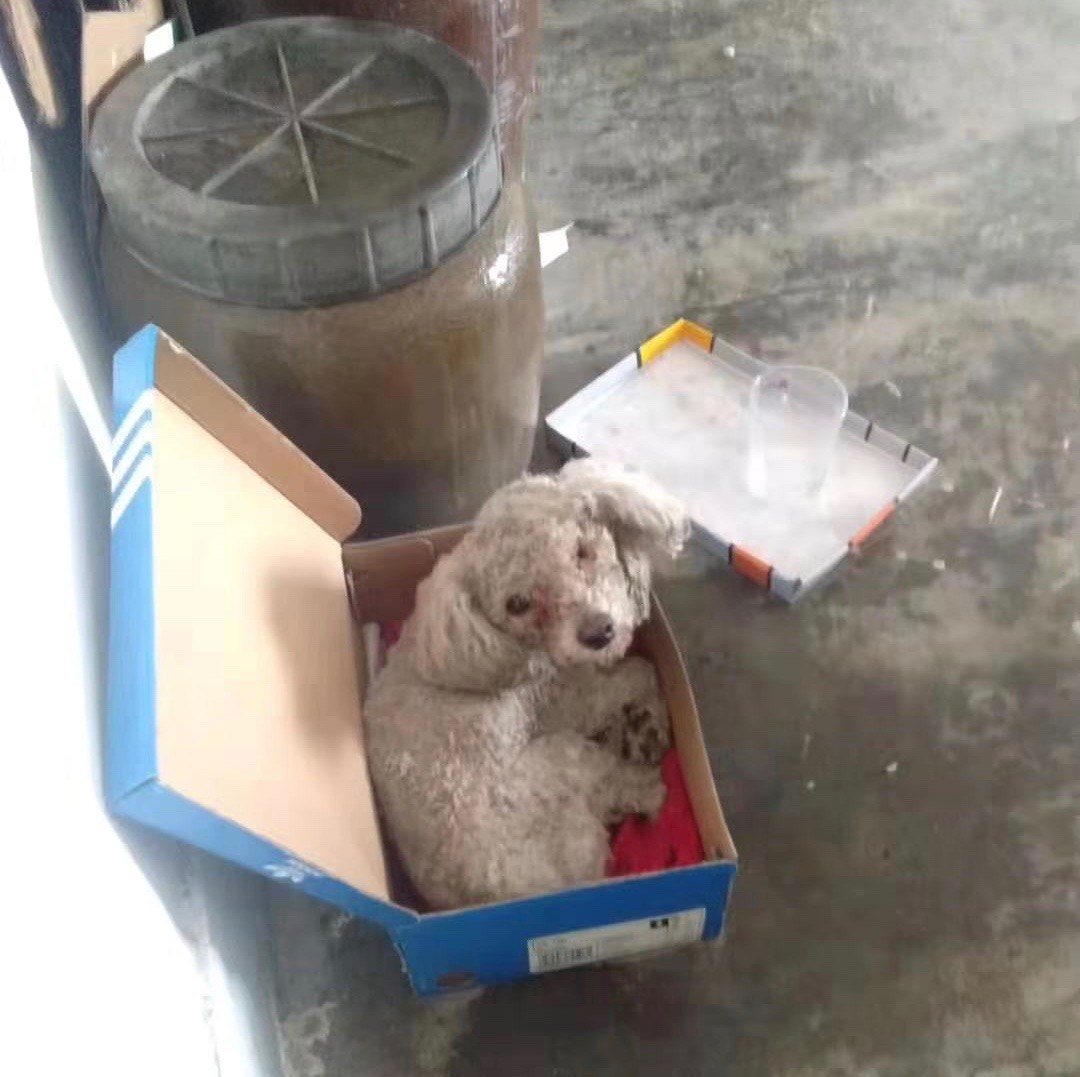 An abandoned dog in a shoe box. /Photo courtesy of Fang Junwen

An abandoned dog in a shoe box. /Photo courtesy of Fang Junwen

"Instead, in the time of the coronavirus, pets are more important than ever before. Their companion can relieve your anxiety caused by the barrage of information overload that you find increasingly hard to distinguish," Gao told CGTN.

For Fang, it's more about taking care of the pets with little time to rest and relying on bread or instant noodles until the lockdown is lifted and people return to normal lives. But for Gao, who now owns 20 pet stores across the country, the coronavirus outbreak is also bringing a chill to his business.

Besides the cases of pets being abandoned, the majority of the pets need to stay longer because their owners are embayed in gravely infected cities like Wuhan, Wenzhou and Hangzhou, or live in sealed-off neighborhoods in Beijing. "There's a staff shortage to care for these little fluffy friends. Some of my employees have not returned yet while others are undergoing a 14-day self-quarantine after they come back," Gao said.

He has suspended all in-store pet wash and grooming services to save labor as well as maintain a hygienic environment for on board pets. An increasing number of online orders for pet food and sanitary products could only offset the revenue loss from a sharp decline in in-store shopping. He also chose to shut down a store in a quarantined community in southern Beijing and transferred the pets there to nearby stores.

But he's optimistic. "After the outbreak, there will probably be a greater demand for pets and hence related products. Their companion will help tide you over cold, lonely times like this."