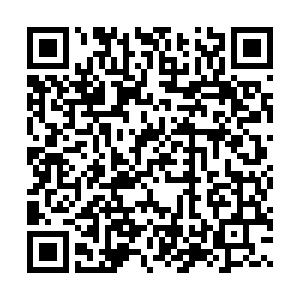 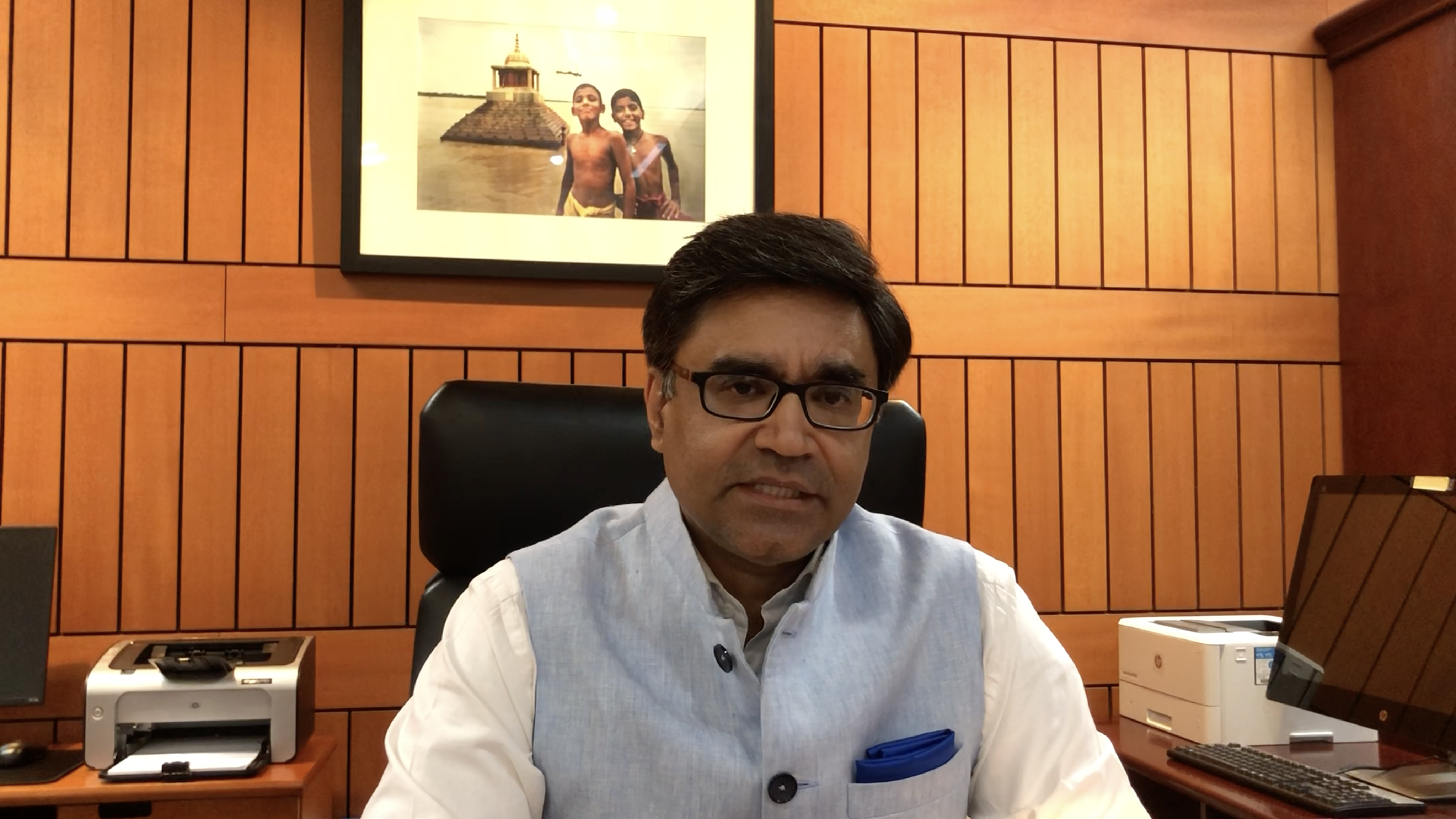 India has reiterated its solidarity with China in the battle against the novel coronavirus while pledging to send a consignment of medical supplies to China.

In a video message posted by the Indian Embassy in China on its official Twitter account on Sunday, New Delhi's Ambassador to Beijing, Vikram Misri, expressed his country's support for the Chinese people and government in their ongoing fight against the novel coronavirus, that has left more than 1,600 people dead in China so far.

"During the past few weeks, the entire world has borne witness to the severity of the novel coronavirus outbreak and the tremendous challenges posed by it. I wish to convey my solidarity and support to the Chinese people and government in tackling this epidemic," Misri said. 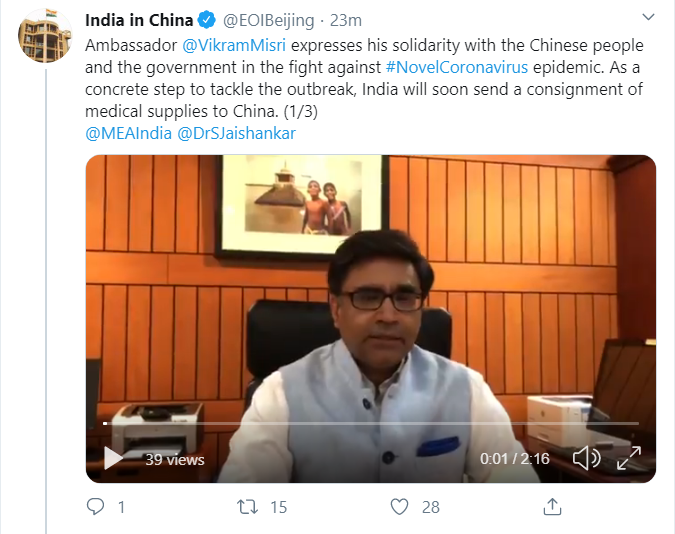 A screenshot of the tweet by the Indian Embassy in China with the video message of Indian Ambassador to China, Vikram Misri, expressing solidarity with China in its fight against the novel coronavirus. /CGTN Photo

A screenshot of the tweet by the Indian Embassy in China with the video message of Indian Ambassador to China, Vikram Misri, expressing solidarity with China in its fight against the novel coronavirus. /CGTN Photo

Misri emphasized that India will do everything within its means to assist the people of China in this time of difficulty. "The government of India is soon providing a consignment of medical supplies to aid and assist China in tackling this outbreak. This is a concrete measure which will fully demonstrate the goodwill, solidarity and friendship of the people and government of India with the Chinese people."

The Indian envoy lauded the determination of the Chinese people and government in dealing with the epidemic as he hoped that the virus will be effectively controlled in the near future. "I hope through courage, persistence and effective measures, we will be able to overcome this epidemic," he said.

An embassy official confirmed that the Indian envoy's statement was recorded on Friday even though it was posted officially only on Sunday. 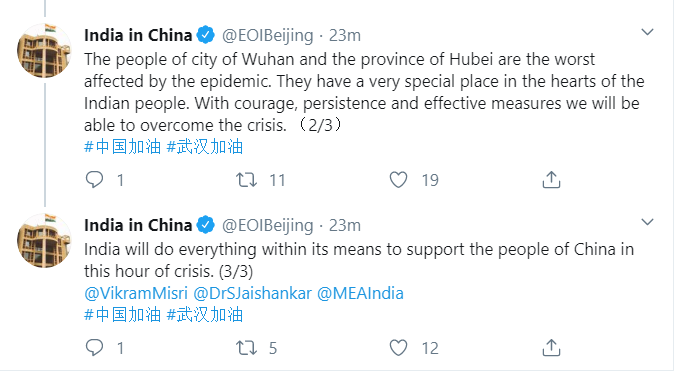 A screenshots of the twitter posts by the Indian Embassy in China extending support to Chinese people in this hour of crisis. /CGTN Photo

A screenshots of the twitter posts by the Indian Embassy in China extending support to Chinese people in this hour of crisis. /CGTN Photo

Earlier last week, India revoked an export ban on surgical masks, personal protection equipment and other medical accessories to China, with a view to assist in the fight against the epidemic.

The decision came after Indian Prime Minister Narendra Modi sent a letter of support to Chinese President Xi Jinping offering assistance to counter the novel coronavirus. He also conveyed condolences over the loss of lives.

Modi thanked the Chinese government for facilitating evacuation of around 650 Indian citizens from in and around Wuhan, in central China's Hubei Province, the epicenter of the outbreak.

It is important to note that in April 2018, Wuhan played host to the first informal summit between Modi and Xi – a meeting that is widely acknowledged to have reset the ties between the Asian neighbors, and led to the coinage of "Wuhan Spirit" to reflect the vision of bilateral relations based on mutual trust and cooperation.

Observes believe the "Wuhan Spirit" was consolidated further when the two leaders met in Mamallapuram in India's southern Tamil Nadu state last October for their second informal summit. This year marks the 70th anniversary of the China-India diplomatic relations.

"We stand ready to work with India and other members of the international community to jointly fight the epidemic and safeguard regional and global public health security," he added.

So far, India has confirmed three confirmed cases of coronavirus in its southern state of Kerala. In addition, three Indian crew members are among the more that 350 people infected with the virus on board Diamond Princess cruise ship, quarantined off Japan.

"At present, India is also facing the threat of infections from the novel coronavirus epidemic. Our country is working hard to safeguard the health and well-being of our people," Misri said in his message.