In The Spotlight: How a deliveryman keeps Beijing supplied during coronavirus outbreak
By Wang Xiaonan, Qi Jianqiang 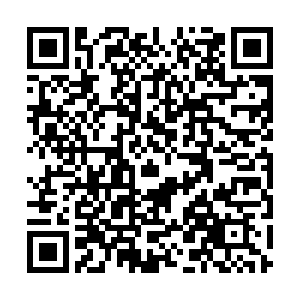 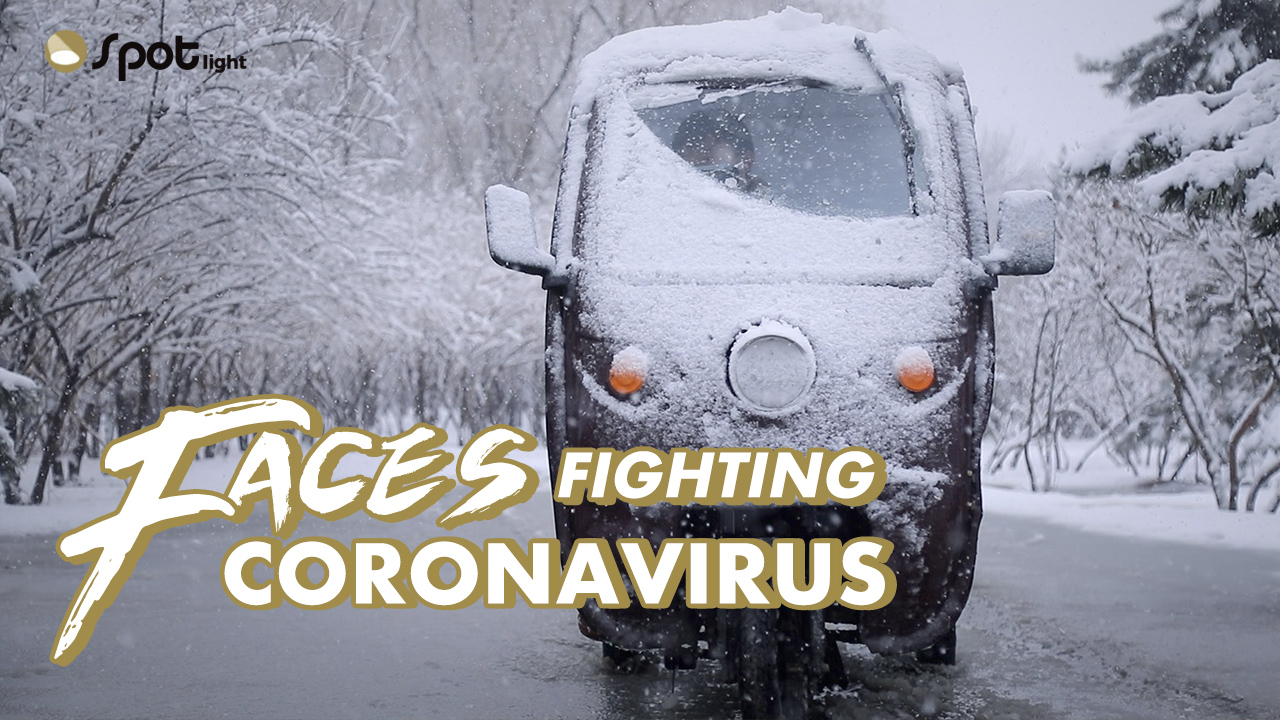 This is the fourth episode of our series "Faces Fighting Coronavirus" chronicling people from different walks of life who are affected by the outbreak as well as those who are trying to keep their lives as normal as they can to keep our society running. Here you can find the first, second and third stories.

Our fourth episode documents how a man continues to deliver essential supplies to an urban village in Beijing amid the coronavirus outbreak.

For Yao Pengpeng, this is the first time that he has missed his once-a-year chance to visit his family some 800 kilometers away. The 25-year-old man, who left home for the big city filled with opportunities seven years ago, is one of the 12 delivery workers serving inhabitants in this rural-urban fringe nestled in southeastern Beijing.

By this snowy Valentine's Day, he had been working straight for 20 days. Every day, he arrives at the station, called Xiaowuji – one of over 110 delivery terminals belonging to Alibaba Group's logistics arm Danniao – at 7:30 in the morning and begins unloading, sorting, checking addresses and loading goods to the brim onto his three-wheeled motorcycle. After that, he begins his shift of roughly 10 hours. 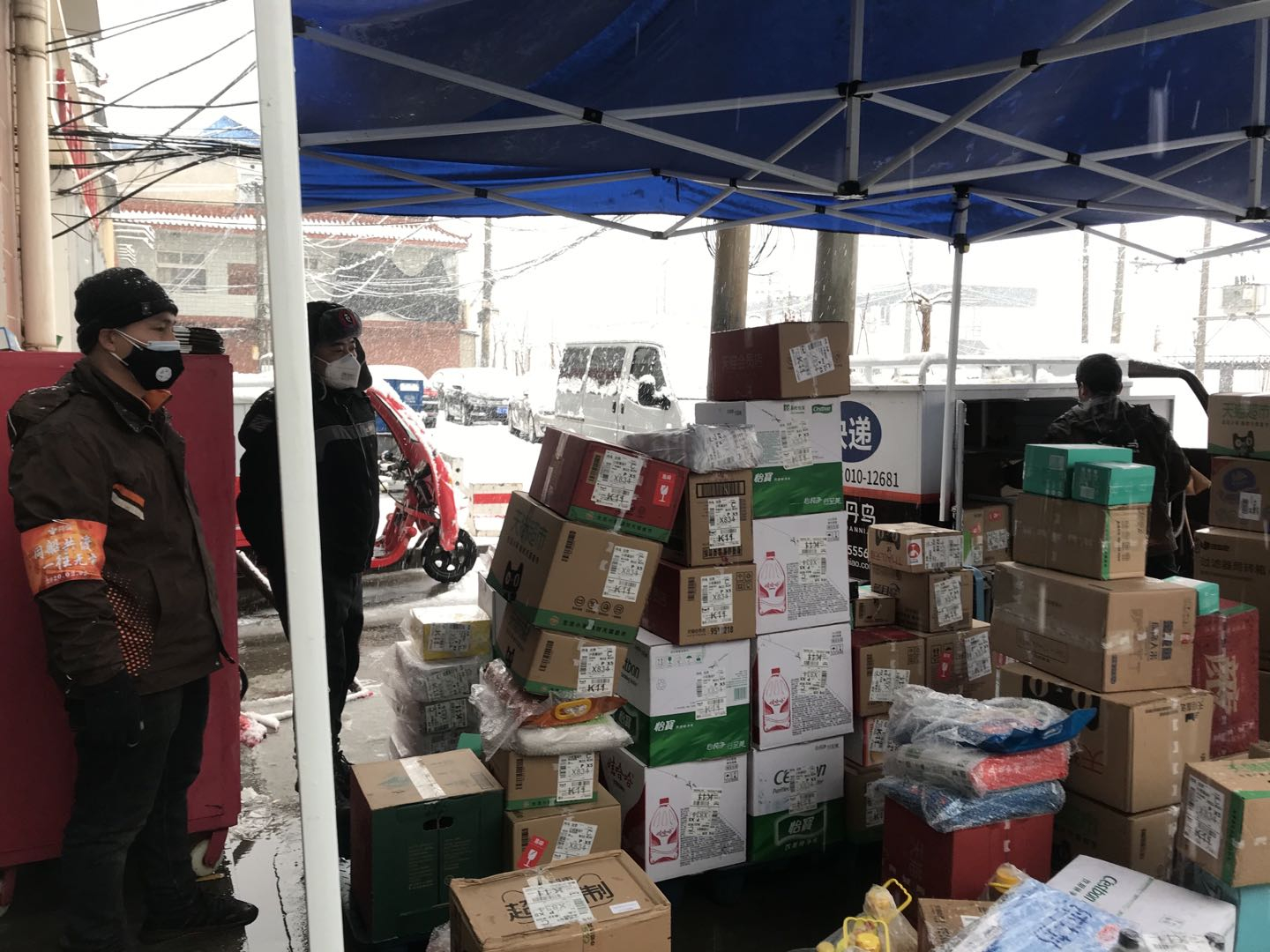 Goods piled up outside the Xiaowuji station in Beijing, February 14, 2020. Qi Jianqiang/CGTN

Goods piled up outside the Xiaowuji station in Beijing, February 14, 2020. Qi Jianqiang/CGTN

'I'm not that brave'

"I deliver goods to around 80 households each day during the coronavirus outbreak, about 20 percent less than average because a large portion of migrant workers are still stuck in their hometowns," Yao told CGTN. He serves 1,700 households, over half of which are local residents of Laojuntang Village and the rest consist of migrant workers from various parts of the country.

Despite having fewer customers, Yao is busier than usual since it takes longer to take body temperatures, disinfect the packages and consult with customers over designated delivery times and locations. "All the residential compounds in this neighborhood are on partial lockdown, blocking entrances to couriers and leaving only one gate open for residents to come out to pick up their orders," Yao said. The "no-touch delivery" measure was introduced by Alibaba and other online retailers to help contain the spread of the coronavirus.

That measure, however, barely alleviates the concerns of delivery riders such as Yao. After all, they have to come into contact with numerous goods headed for dozens of communities every day. "I'm not fearless, especially since my running around puts my three-year-old kid at risk of catching the virus. My parents would call every day to make sure we're doing okay," Yao said. "But I cannot leave my customers hanging. Unlike those living in real villages, they don't have cropland of their own, so they would have difficulty getting food and other essentials as restaurants and supermarkets stay closed."

Plus, the delivery service could help people stay indoors, away from crowded public spaces. That's something Yao's proud of. He feels like he's contributing to society in his own way during this seemingly desolate winter. 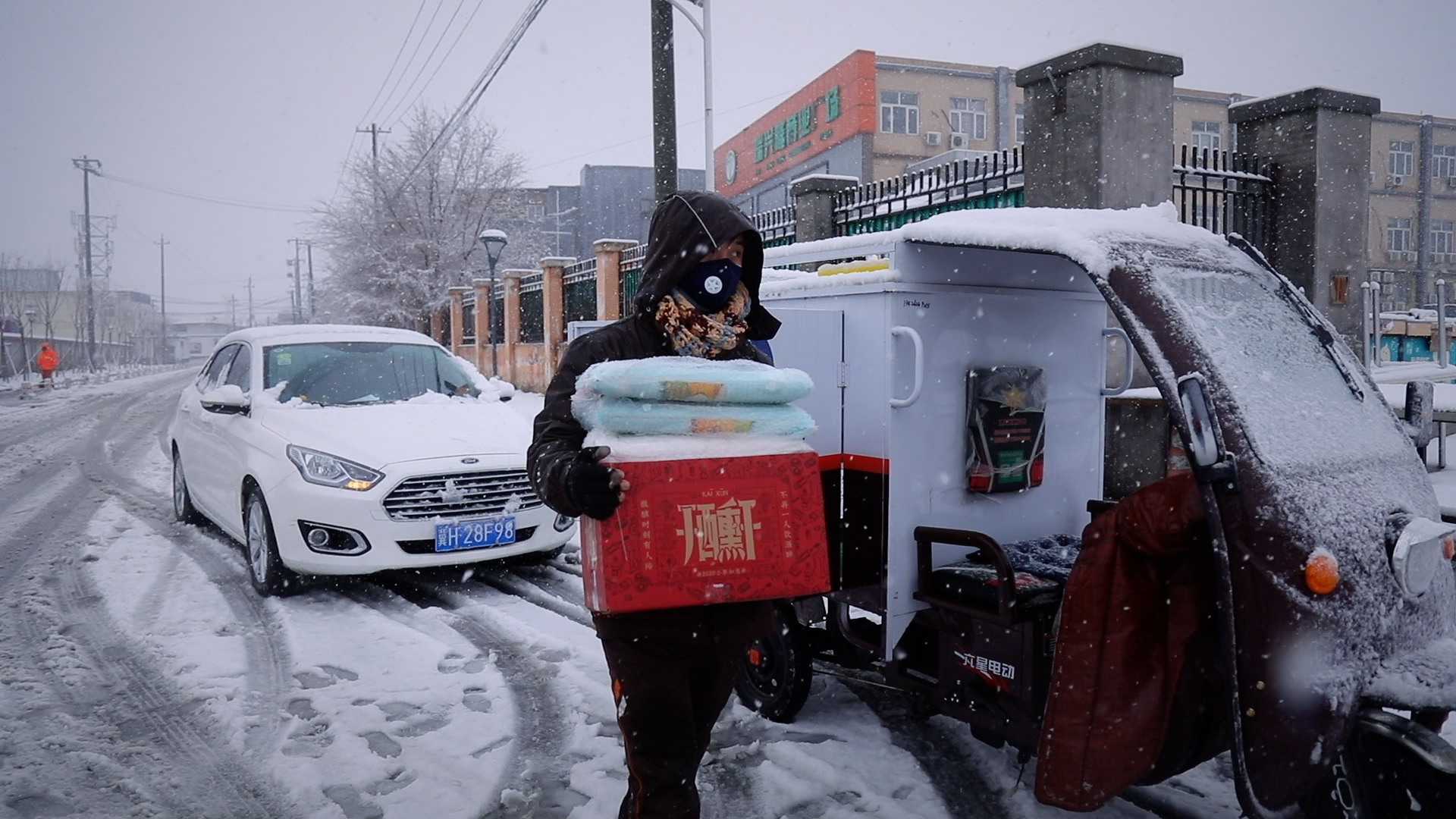 Yao Pengpeng carries packages of goods to one of his customers in Beijing, February 14, 2020. Qi Jianqiang/CGTN

Yao Pengpeng carries packages of goods to one of his customers in Beijing, February 14, 2020. Qi Jianqiang/CGTN

A home away from home

Another motivation driving Yao to brave the coronavirus outbreak is the fact that he's the one to bring home the bacon. His wife Yang Na quit her waitressing job years ago and left Beijing to return to Yao's hometown, where the living costs are much lower. They've opted for a long-distance relationship to ease their family's financial burden.

Yang visited her husband in the Chinese capital with their son days before the Spring Festival, hoping that Yao would take them to some scenic spots before they head home together in central China's Henan Province on January 31, when a second wave of couriers at the station would take time off for the holiday. But the escalating outbreak has derailed that plan. The first batch of delivery workers who had returned to their hometowns were stranded, so the second wave – and therefore Yao – couldn't leave.

"We now have seven workers providing service for the neighborhood. Three are stuck due to road closures and one has resigned," said Wang Pan, head of the Xiaowuji station. He had gone home in east China's Shandong Province for the holiday but volunteered to come back on January 26 – the second day of the first lunar month. "As fear spread along with the coronavirus, I decided to come back to set the couriers at ease. During the outbreak, they play more important roles than ever," Wang noted. In addition, most delivery workers are the sole breadwinners of their families, so they can't afford to lose customers they've spent a long time building relationships with.

"Some customers are pissed off at us for failing to bring their orders right to them, but more people have grown more understanding," said Yao. "Once an octogenarian ordered six big cases of water, but his residential community didn't allow me in because of the new regulation. I explained that he was too old to carry the water from the community entrance to his condo and the security guards let me in. When I carried the water into his condo, his caretaker gave me an apple, a drink, and a mask and asked me to take care of myself. At that moment, I felt that my efforts were worth it." 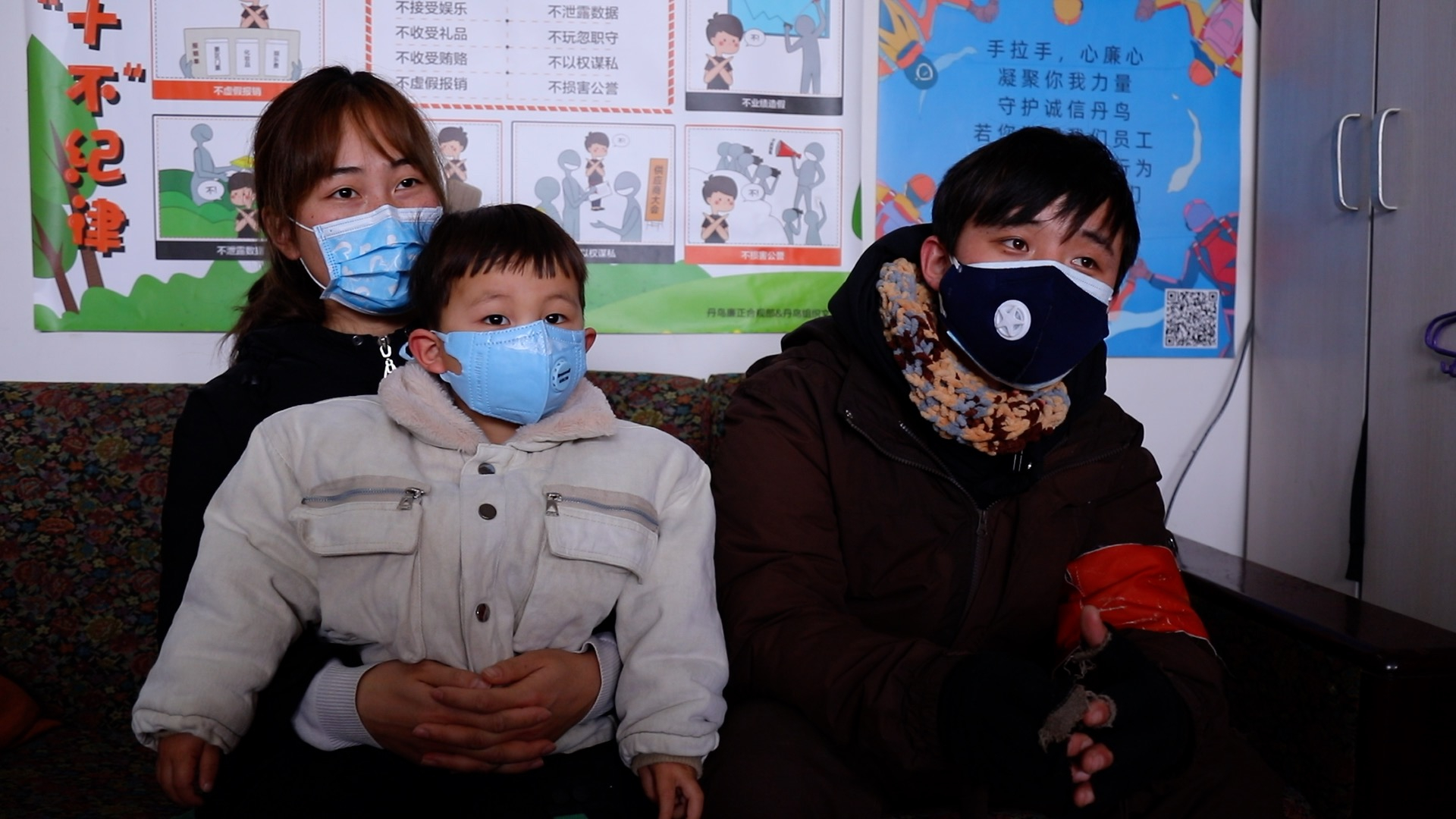 Not everyone has as much courage as Yao. One of his longtime colleagues quit late last month for fear of getting infected though the company has equipped the delivery workers with full protective gear including masks, goggles and hand sanitizers. The panic will probably cause more to leave this frontline profession, for working under the fear of contracting the virus adds to the already immense stress from the job.

"Over this Spring Festival holiday, we've received twice as many orders as those in the year before, most of the orders being daily staples like rice, flour, cooking oil and water. And the daily orders have increased by 10 percent compared with previous months," Wang told us. Facing the staffing shortage, he started posting job advertisements.

By the time he had told us about the concern, a man showed up at the doorstep: "Do you need a deliveryman?”

Si Nan contributed to the story.