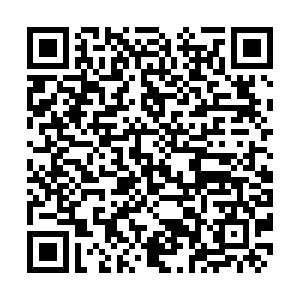 China is considering delaying the "two sessions," the annual sessions of its top legislature and the top political advisory body, amid the novel coronavirus disease (COVID-19) outbreak.

The Standing Committee of the 13th National People's Congress (NPC), China's top legislature, will convene its 16th bi-monthly session on February 24 in Beijing to deliberate a draft decision on postponing its annual session.

The CPPCC was originally scheduled to open on March 3, while the NPC was scheduled to start on March 5. Both events usually last for about 10 days.

Although preparations for the "two sessions" have been made, epidemic prevention and control has become the top priority for the whole country, after the outbreak of COVID-19.

The 43rd session of the UN Human Rights Council

The United Nations Human Rights Council will hold its 43rd regular session from February 24 to March 20, 2020, in the Human Rights and Alliance of Civilizations Room at the UN's Geneva office.

The UN High Commissioner for Human Rights Michelle Bachelet Jeria will update the council on the activities of her office and the situation of human rights around the world on February 27.

During the whole session, the council will review over 100 reports on a wide range of human rights issues and situations of concern and will engage with nearly 30 human rights experts, groups and mechanisms.

The council consists of 47 members. China is not a member of the Human Rights Council but participates as an observer.

At a press conference ahead of the meeting, China's ambassador to the UN, Chen Xu, said that the meeting of the body next week was an opportunity for "meaningful dialogue" and "not naming and shaming."

China warns against 'microphone diplomacy' ahead of human rights summit

Trump is expected to see a warm welcome on his first official to India, as he believes on Monday 10 million people in Ahmedabad, the home state of Indian Prime Minister Narendra Modi, will line up to cheer for him.

Trump hosted Modi last year at a big stadium rally in Texas while Modi this time returns the favor with a rally at the world's largest cricket stadium with a capacity for 110,000 spectators.

Authorities in Ahmedabad also planned a roadshow for Trump during his route from the airport to the stadium. The Indian side said tens of thousands of ordinary citizens as well as artistes would showcase the performing arts from different states of the country as part of the Indian Road Show.

Trump and first lady Melania are due to head from Ahmedabad to the Taj Mahal, south of New Delhi, later on Monday before formal talks with Modi in the capital the next day.

As close political and security partners though, India and the United States have hit each other with retaliatory tariffs over trade disputes. Over the past month they have engaged in intense negotiations to produce a mini trade deal, but officials say it remains elusive.

The two sides have been arguing over U.S. demands for access to India's huge poultry and dairy markets, Indian price controls on medical devices such as stents and stringent local data storage rules that U.S. companies say will raise the costs of doing business.

At an event in Las Vegas on Friday, Trump gave mixed messages about prospects for a trade deal with Modi. "We're going to India and we may make a tremendous deal there. Maybe we'll slow it down, we'll do it after the election," he said.

Wednesday: Palestinian Foreign Minister Riyad Al-Maliki holds a news briefing on rejecting the "deal of the century," foreign ministers from the Czech Republic, Slovakia, Poland and Hungary meet with their counterparts from the countries of the west Balkans in Prague (to Feb 27).