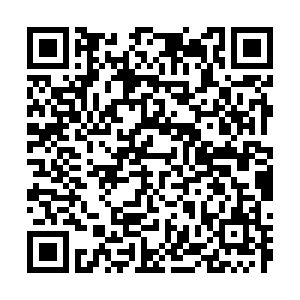 With the cumulative number of confirmed novel coronavirus cases in China exceeding 77,000 and other countries including Japan and South Korea facing severe situations, the fight against the epidemic has become a common tough task for the international community.

During the last two months, social media platforms, including Weibo and Twitter, have allowed for a rapid exchange of information and this is what users in China and the rest of the world wanted to know.

What happened in the last two months?

Since the outbreak of the novel coronavirus, its fast development and unknown source had people aroused panic around the world.

Meanwhile, on social media platform Twitter, users from outside of China are also concerned about the epidemic.

On January 30, World Health Organization (WHO) Director-General Tedros Adhanom Ghebreyesus announced that the outbreak of the novel coronavirus had become a global health emergency which significantly increased the awareness of the situation overseas.

On Twitter, hashtags such as #Coronavirus, #CoronavirusOutbreak and #DiamondPrincess were tweeted frequently.

What are Chinese netizens concerned about most?

A recent report jointly issued by the People's Daily and Chinese tech giant Baidu indicated that most Chinese internet users are very concerned about the latest news of the virus. Digital maps, development of the vaccine and distinctions between flu and pneumonia have been searched frequently.

In addition, some of the latest information on measures including Wuhan's shutdown, China's railway operator's move to allow passengers to refund their tickets nationwide without charging fees and the construction of the Huoshenshan and Leishenshan hospitals have also been the focus of China's netizens. 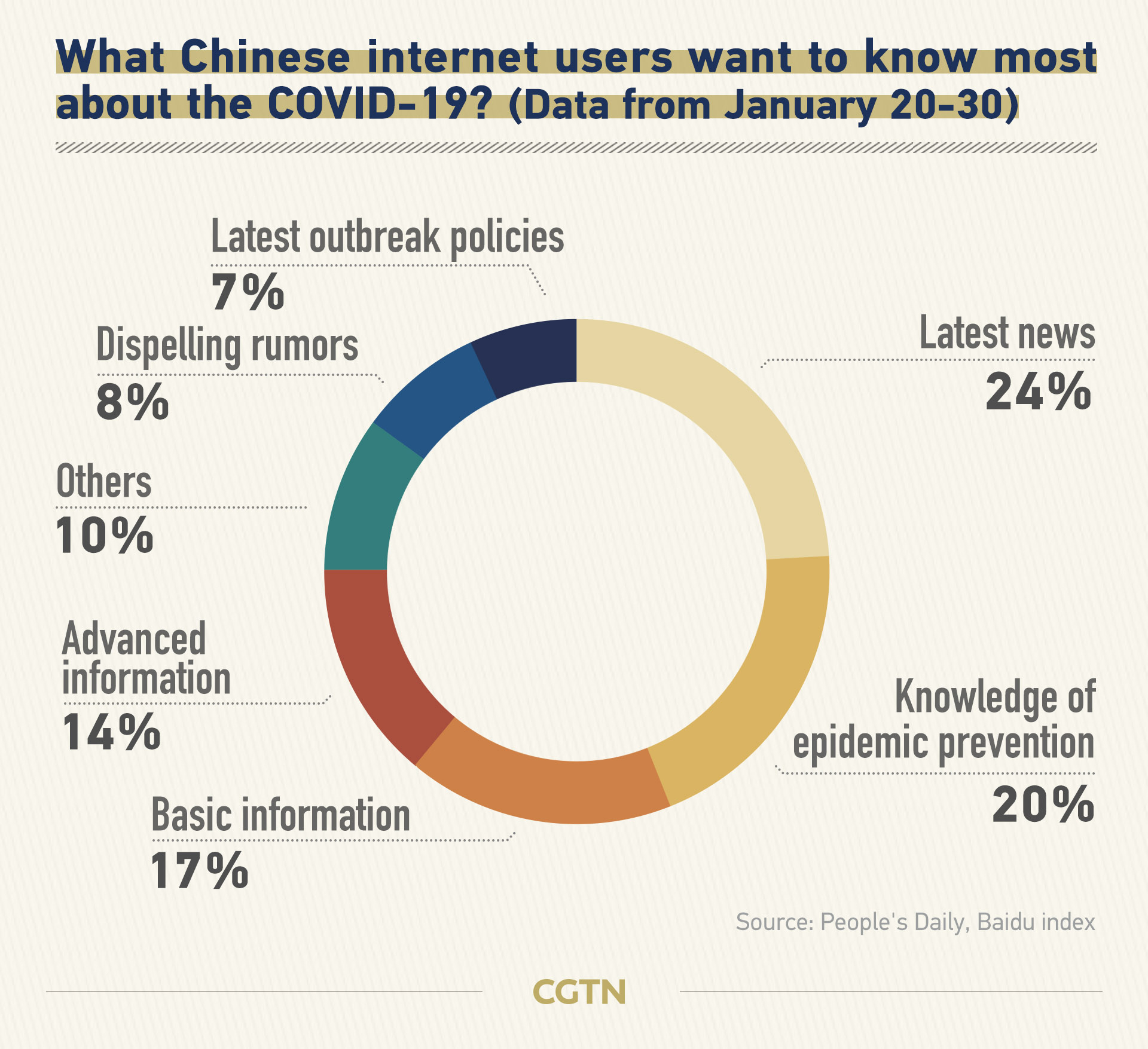 The influence of the #Coronavirus

Since Chinese President Xi Jinping ordered resolute efforts to curb the spread of the novel coronavirus on January 20, China's response has shifted the curve of the rise of new confirmed cases, with an 80-percent drop in two weeks.

In addition, alongside the changes in the epidemic and in COVID-19 control and prevention measures in and outside of China, the popularity of the virus on Weibo and Twitter has experienced fluctuations. 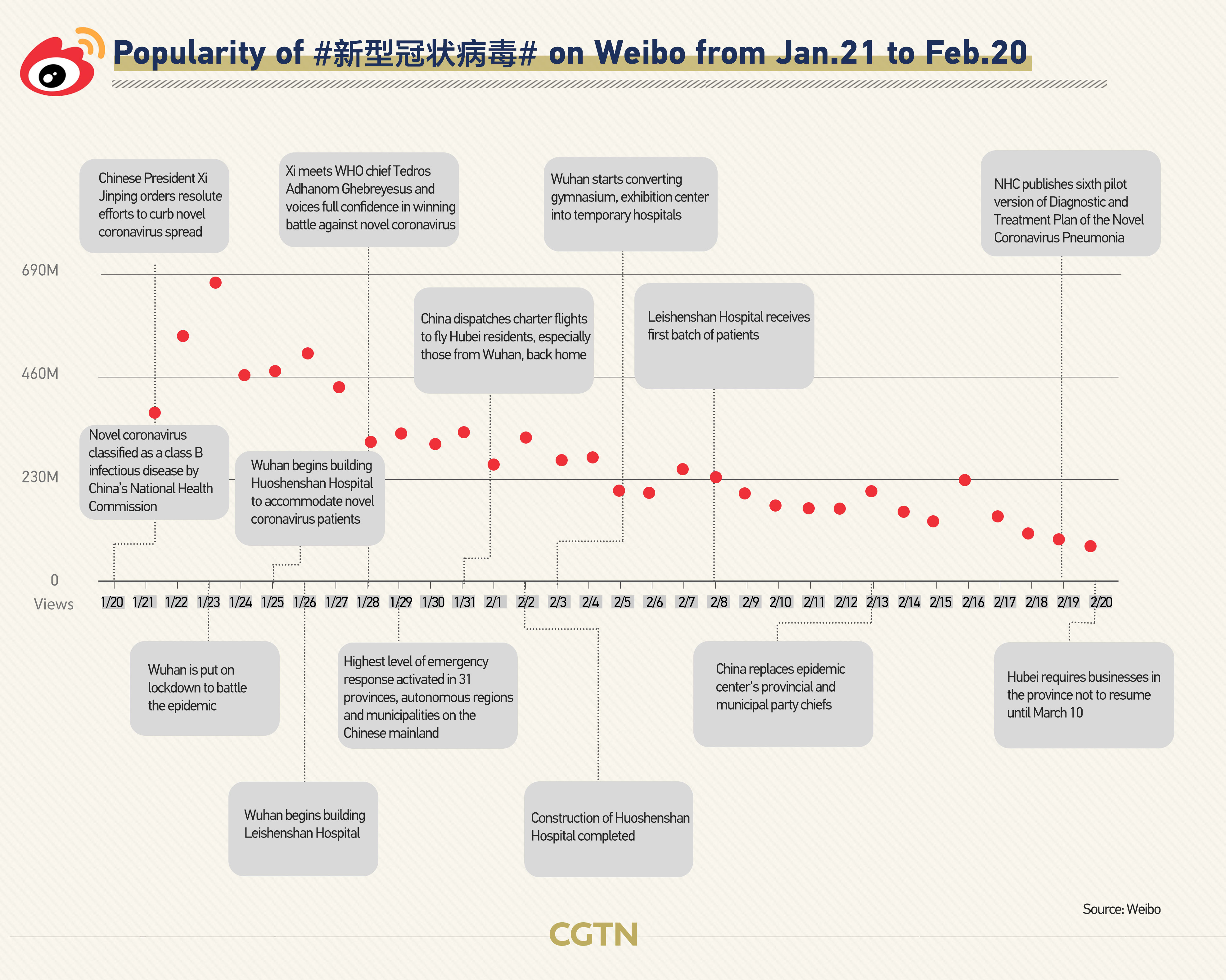 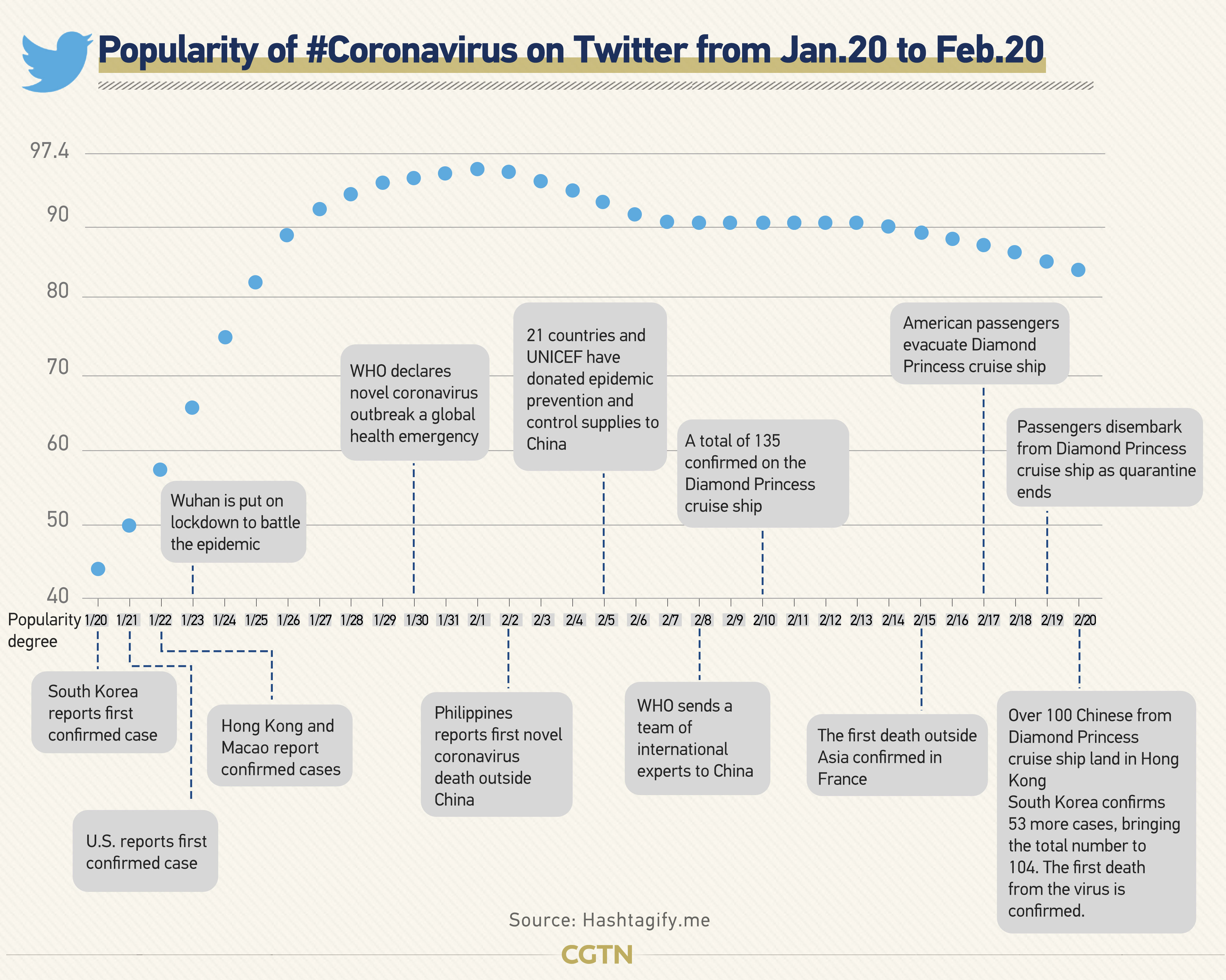 According to the data released by the State Information Center, from January 16 to January 28, with the Chinese government's response measures against the COVID-19 and the efforts to assist Hubei, Chinese people's sentiment has also experienced a change.

The overall negative sentiment of the Chinese people has fallen from 45.47 to 28.55 percent from January 16 to 28, according to the data.

On February 17, Chinese experts confirmed that Chloroquine Phosphate, an antimalarial drug, has a certain curative effect on the coronavirus disease based on the result of clinical trials. On the same day, the WHO-China expert team began field inspections on the prevention and control of the epidemic.

Weibo data shows that a certain proportion of Chinese netizens became optimistic when they searched with the keyword of coronavirus on Weibo between February 17 to 20. 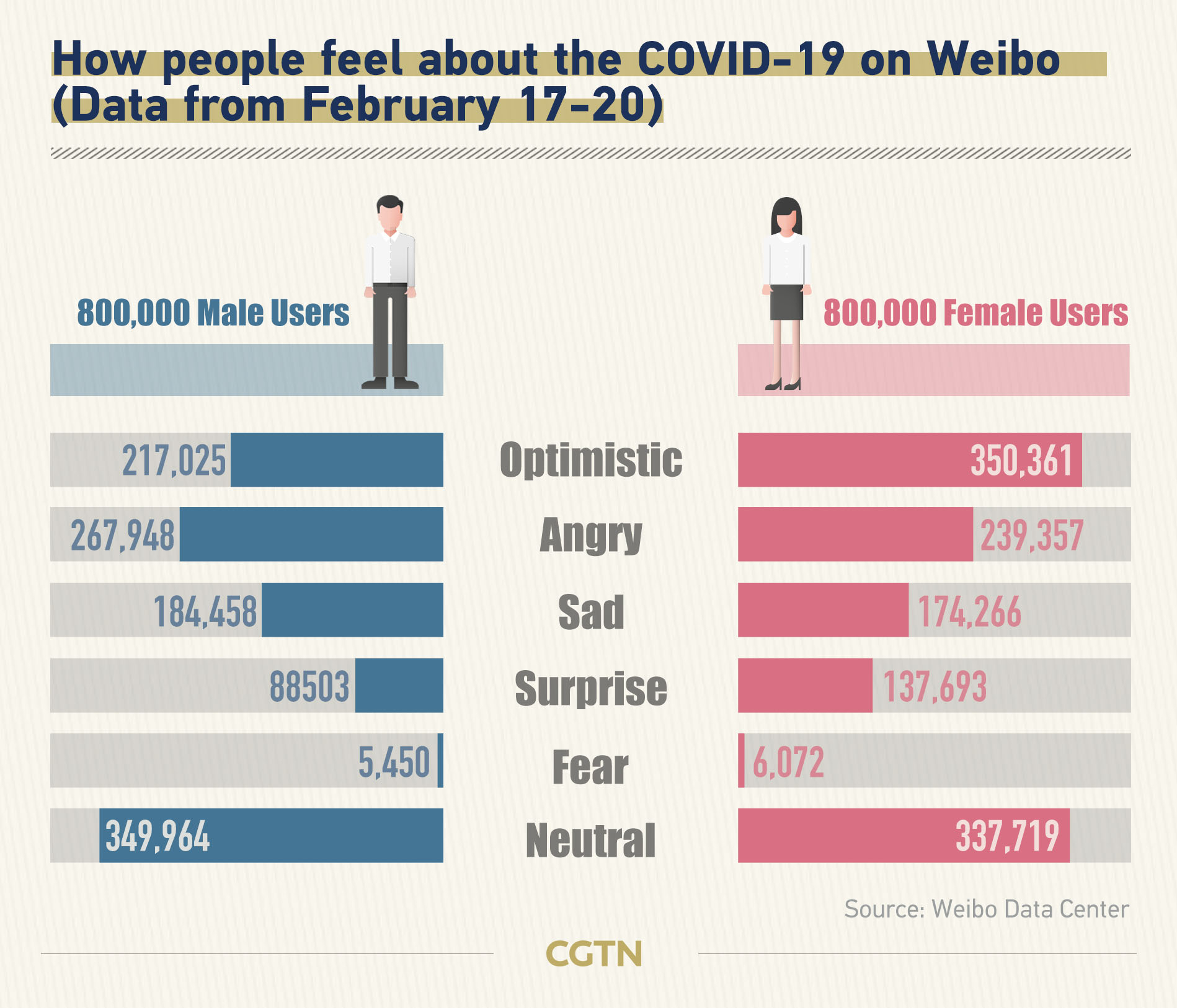 Fight against COVID-19: a global effort

Social media's attention from Weibo and Twitter showed that the battle against the COVID-19 has become a global issue.

As it continues to spread and the anti-virus fight enters a critical stage, the COVID-19 has become a challenge for all human beings, which urgently needs to be tackled by the international community.

No one country or organization can stop this outbreak alone. Our best hope and our only hope is to work together, said WHO chief Tedros Adhanom Ghebreyesus.

COVID-19: Transmission outside of China in graphics