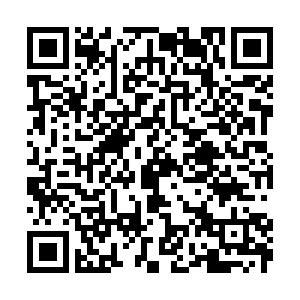 While the novel coronavirus has thoroughly infiltrated Europe, the continent's countries have remained studiously committed to combating the virus. What's more demonstrative of their resolve to confront the epidemic is the solidarity that they have shown in the past few weeks, for example their refusal to suspend the Schengen Agreement. Governments in Italy, Germany, and France, the countries that have been hit the hardest by the virus, have been closely monitoring the situation and taking far-reaching, corresponding steps. 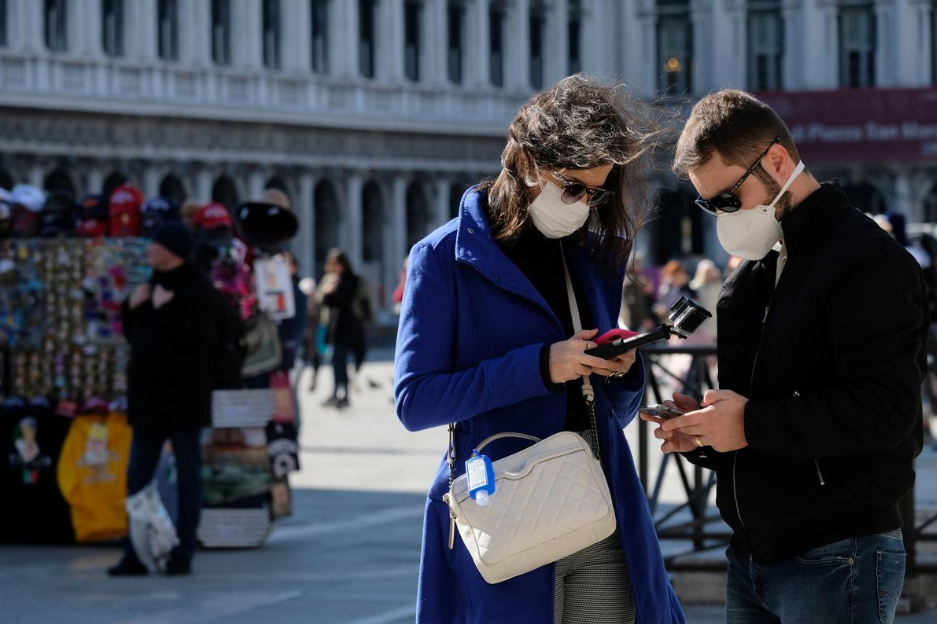 The number of virus infections in Italy assumes a staggering lead over other European countries. The outbreak emerged last week, 60 kilometers from Italy's financial capital Milan. Authorities identified a cluster of towns in Lombardy and a smaller zone in the neighboring region of Veneto as the epicenter of the flare-up and placed 50,000 inhabitants under quarantine.

They also implemented a general clampdown across much of the affluent north, ordering the closure of universities, museums, theaters and cinemas, leading to an exodus of tourists and business travelers and triggering fears of a likely recession.

With the economic pain being felt across the country, Rome has come under pressure to restore a sense of normality.

As the region scrambles to contain further infiltration by the virus, strains on its public health sector have been exposed to the public. A shortage of required equipment for intensive care has been highlighted as hospitals in the hardest-hit region have been overwhelmed by patients. This has led hospitals to take several contingent measures, including postponing non-essential surgeries and transferring patients to other hospitals.

Private hospitals in Lombardy have offered up beds in intensive care units (ICU) and more than a dozen doctors from the private sector have agreed to work in public hospitals to ease the crisis, regional president Attilio Fontana said. Regional authorities have asked Lombardy's hospitals to reduce by 70 percent their planned or elective surgeries, to free up ICU beds for virus patients.

In an effort to cope with what many have described an insufficient number of hospital personnel, the regional authorities have been pushing for the early graduation of nurses and reaching out to retired medical workers for help. Desperate for staff reinforcement, hospital personnel already on the front lines told reporters that any qualified medical worker is immensely welcomed regardless of their age or experience in the field.

Meanwhile, medical workers have also been facing great risks when tending to COVID-19 patients. According to Italian health officials, about 10 percent of them in Lombardy have been infected and an estimated 5 percent of confirmed cases occurring on hospital personnel.

In spite of this, Italy's large elderly population is also of grave concern as the disease proves to be exceptionally lethal for people over the age of 65, a demographic which accounts for 23 percent of the overall population in the country. This is particularly contributing to the number of deaths caused by the disease. 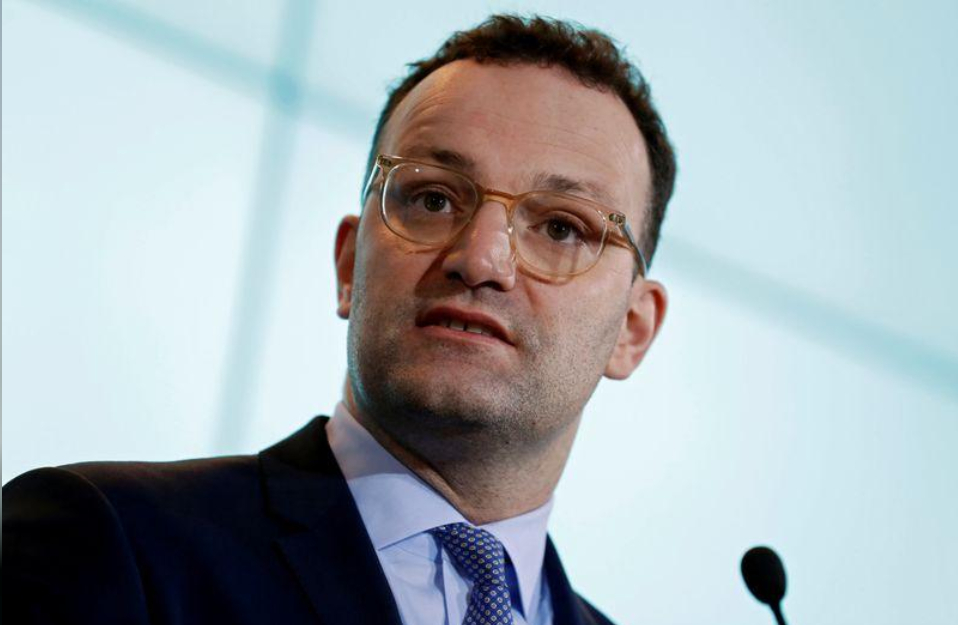 Almost all of the 16 federal states in Germany have had confirmed cases of coronavirus, with North Rhine-Westphalia, the country's most populous state, recording the majority of virus infections.

Federal Health Minister Jens Spahn, who has been hosting crisis management meetings, announced last week that Germany's new cases can no longer be traced to China, the original source of the virus.

Emergency measures swiftly followed the identification, including the cancellation of two public events slated to take place in the coming days. The Leipzig Book Fair, which last year attracted over 280,000 visitors, and a joint anti-terror exercise in Berlin were canceled.

As the epidemic is also relentlessly inflicting itself on Germany's already shrinking economy, officials within Chancellor Angela Merkel's conservative ruling coalition have suggested the launch of a fiscal stimulus package.

But the attempt to counter its economic impact on Europe's largest economy was met with resistance from members of Merkel's party as rejecting higher spending has always been one of the principles guiding its policies. 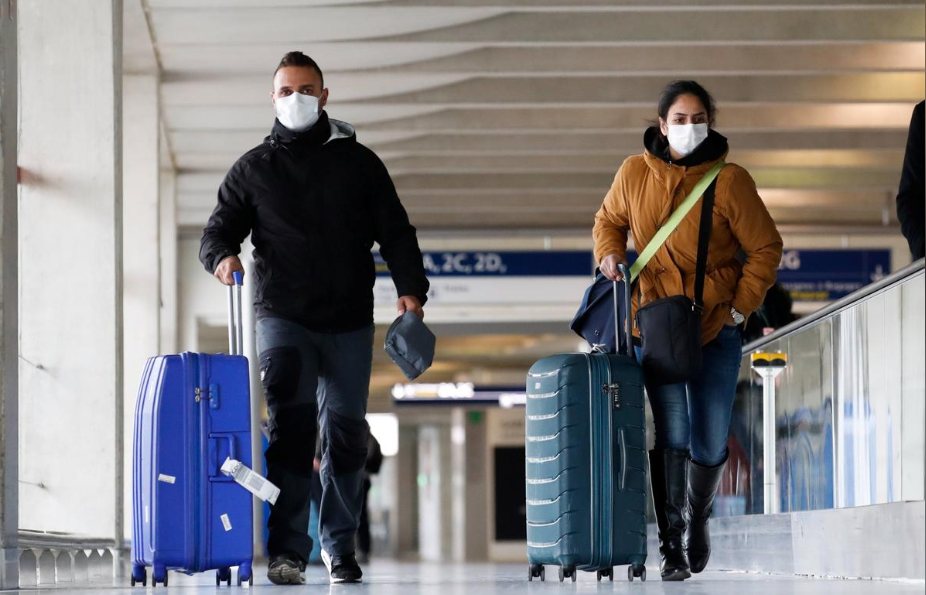 In France, COVID-19 has now spread to almost all of its regions but clusters of virus infections mainly converge in its northern regions, namely Oise, Haute-Savoie and Morbihan. Officials have noted the steady, rapid rise of new cases and have taken a series of measures aimed to stop it from spreading further.

Last week a temporary ban on public gatherings with more than 5,000 people was introduced, which resulted in the cancellation of the Paris Half Marathon, an event originally scheduled for Sunday.

The authorities also closed nearly 120 schools in Brittany and the Oise region north of Paris. School closures in other regions are also expected to be ordered in the coming days. Roughly 35,000 students were sent home. As for when they will be able to resume study, it is to be determined until further notice.

Meanwhile, the French Economy Minister Bruno Le Maire urged the public to avoid "precautionary shopping" in grocery stores as some store shelves in the Oise region north of Paris have been cleared of essential goods.

On top of this, French people have been advised against their traditional "bise" greeting of a kiss.

As confirmed cases continue to soar in Europe, countries with less confirmed cases have also taken on arrangements to prevent the spread of the virus. Spain and the United Kingdom, the two countries following the above three in terms of their number of cases, have shown an increasingly strong resolve to introduce harsh measures.