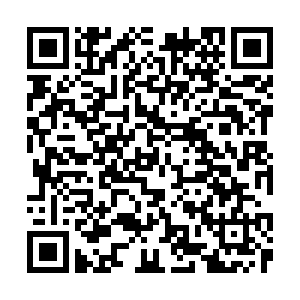 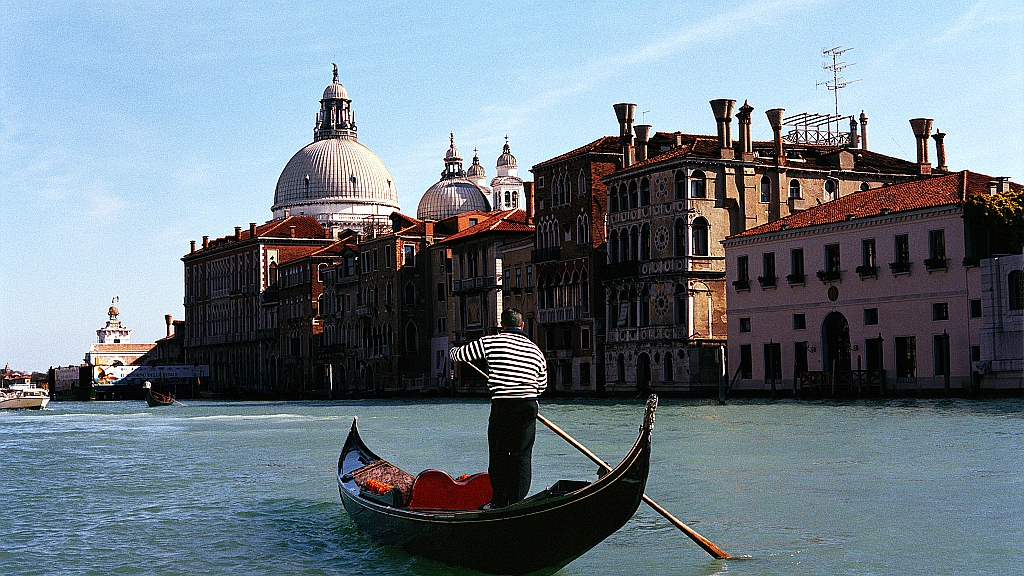 Venice, one of the most-visited tourist attractions in Italy. /VCG

Venice, one of the most-visited tourist attractions in Italy. /VCG

A near-empty St. Mark's Square, cancelled carnival festivities and a number of gondoliers sitting and waiting for customers… Venice, the Italian city on the Adriatic Sea that used to be known for its crushing crowds of tourists, has seen visitor numbers plunge in recent days. Yet, Venice is not the only place whose tourism numbers have been hit by the virus. The European tourism industry as a whole has been impacted by the novel coronavirus epidemic.

Officially named as COVID-19 by the World Health Organization (WHO), the disease was first reported in the city of Wuhan in central China's Hubei Province in last December and has since seen a rapid spread across China and the rest of the world.

As of Wednesday, a total of over 3,000 cases have been reported in Europe with more than 2,500 found in Italy, making it the worst-hit country in Europe, followed by France with over 200 cases of infections. According to the European Tourism Association (ETOA), the COVID-19 outbreak is posing extraordinary difficulties for the European inbound tourism industry. 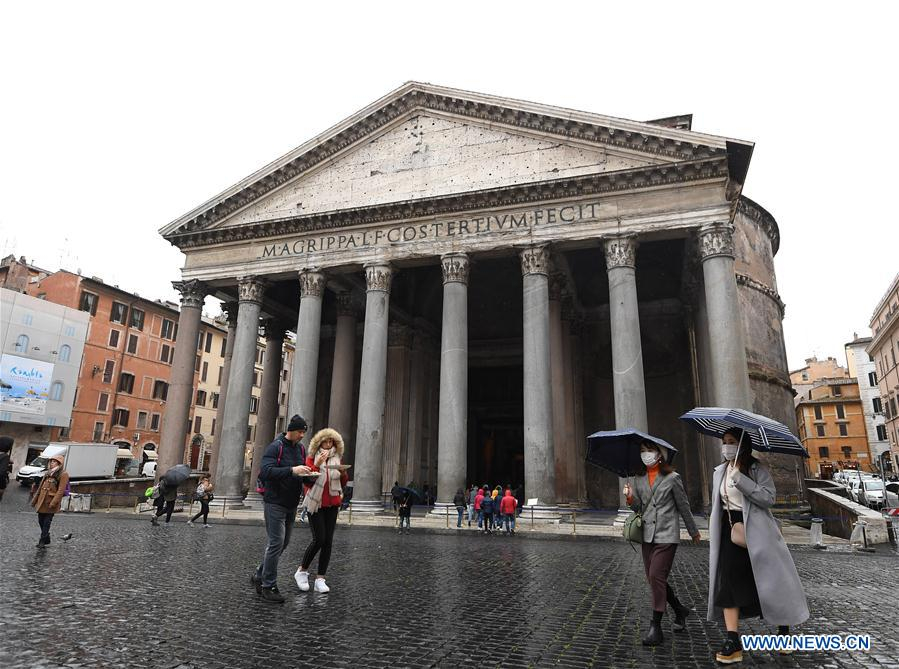 The loss of Chinese tourists

China is among the fastest-growing sources of the European tourism revenue over the past few decades. In 2018, Chinese tourists spent a total of 277 billion U.S. dollars in Europe, accounting for a fifth of the total global spending, statistics from the World Tourism Organization (UNWTO) showed.

On January 26, in response to the new coronavirus outbreak, China's Ministry of Culture and Tourism announced that it would control its outbound tourism by banning tour groups and travel packages to stem the further spread of the disease. The announcement came during the Spring Festival holiday – the most important holiday for Chinese people, when numerous trips were supposed to be made.

Instead, it was suggested that Chinese citizens suspend all but essential trips overseas, leading to a sharp drop of Chinese tourists to European tourist destinations. The countries of Italy, Spain, France and Germany had been listed among the top overseas destinations for Chinese tourists, as estimated by Ctrip, China's main online travel agency, before the holiday.

"Chinese tourists are not coming to Europe since January. It means two million (hotel) nights lost. That is one billion euros per month since January," Thierry Breton, the European Union (EU) industry chief, told France's BFM television on Monday.

The influence of COVID-19 on Germany has been particularly evident in the decline in the number of tourists from China, as DW, a German public international broadcaster, reported. The German National Tourist Board (GNTB) estimated that overnight stays of tourists from China could fall by 17 and 25 percent respectively. As Chinese visitors spend around 8 billion euros (8.7 billion U.S. dollars) a year, the losses are likely to have a severe impact on tourism in Germany.

Christophe Decloux, general manager of the Paris Region Tourist Board, said Paris was expecting a dramatic drop in visitors from China, the city's fifth-biggest source market for tourism, CNBC reported. Tourism accounts for eight percent of French GDP, according to the country's Foreign Ministry. A drop in international visitors would also have a huge impact on its tourism sector.

"Flight reservations from China to Paris are down about 80 percent year-on-year for February, March and April, because people in China are not travelling anymore," he said. "The coronavirus will impact the wider economy because Chinese tourists spend a lot when they come." 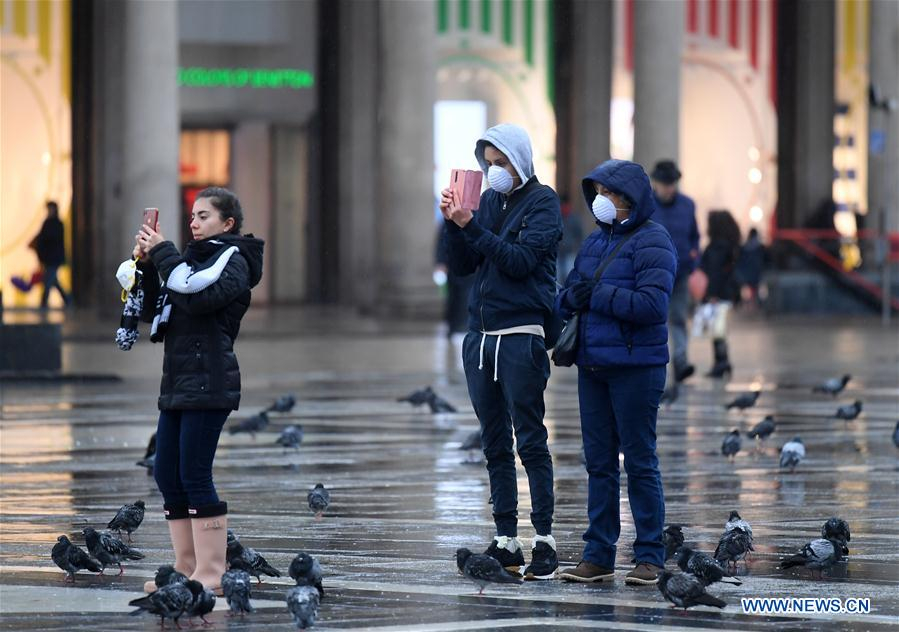 Italian tourism to be hit hard

According to the European Travel Commission, as much as 13 percent of the Italian gross domestic product (GDP) is derived from tourism. Italy used to attract more than 5.6 million American and 3.5 million Chinese tourists each year.

As the confirmed cases of COVID-19 mount in Italy, a growing number of countries and regions have taken preventive measures by imposing a stricter entry ban on Italy. The U.S. government on Sunday raised its travel warning to the highest level and advised its citizens against traveling to the regions of Lombardy and Veneto, the most seriously affected regions in northern Italy.

The country has also seen closed tourist attractions, canceled events and more tourists staying away from infected areas. Italy's tourism federation, Assoturismo, said around 90 percent of the hotel and travel agency bookings had been canceled in Rome and up to 80 percent in Sicily for March.

"Italian tourism never experienced a crisis on this scale in recent history. This is the darkest moment. Not even 9/11 hit our business so hard," said Assoturismo chief Vittorio Messina.

France closes the Louvre over fears of COVID-19

The Louvre, home to the renowned Leonardo da Vinci's masterpiece Mona Lisa, closed its doors to the public on Sunday and Monday as its staff expressed fears of contracting the disease via the tremendous visitor flow from around the world. As the world's most-visited museum, it received 9.6 million visitors last year with nearly three-quarters of them coming from abroad. 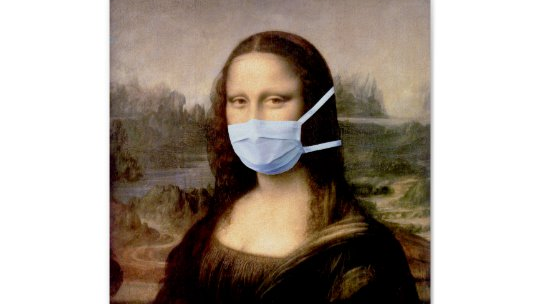 With the demand for international trips seeing a downward trend, the European tourism industry during the Easter holidays and even summer holidays could continue to be affected.