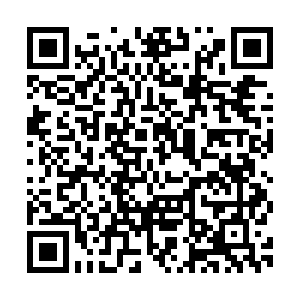 The COVID-19 has so far claimed 11 lives in the United States, with the latest death being reported in California, while the total number of cases in the country has reached 158, according to the U.S. Centers for Disease Control and Prevention (CDC).

In Canada, at least 34 coronavirus cases were confirmed as of Wednesday afternoon, according to the country's health authorities.

Moreover, Chile has confirmed the third case of coronavirus, according to the Chilean Ministry of Health.

Italy confirmed 587 more cases on Thursday, bringing the total to 3,089, with 107 deaths. The Italian government has ordered the closure of all schools and universities nationwide until March 15.

India also witnessed a spike in coronavirus cases. It has confirmed 29 cases in total, while three people have recovered. Many of the cases are linked to a group of travelers from Italy, the hardest-hit country in Europe, Indian Health Minister Harsh Vardhan said. 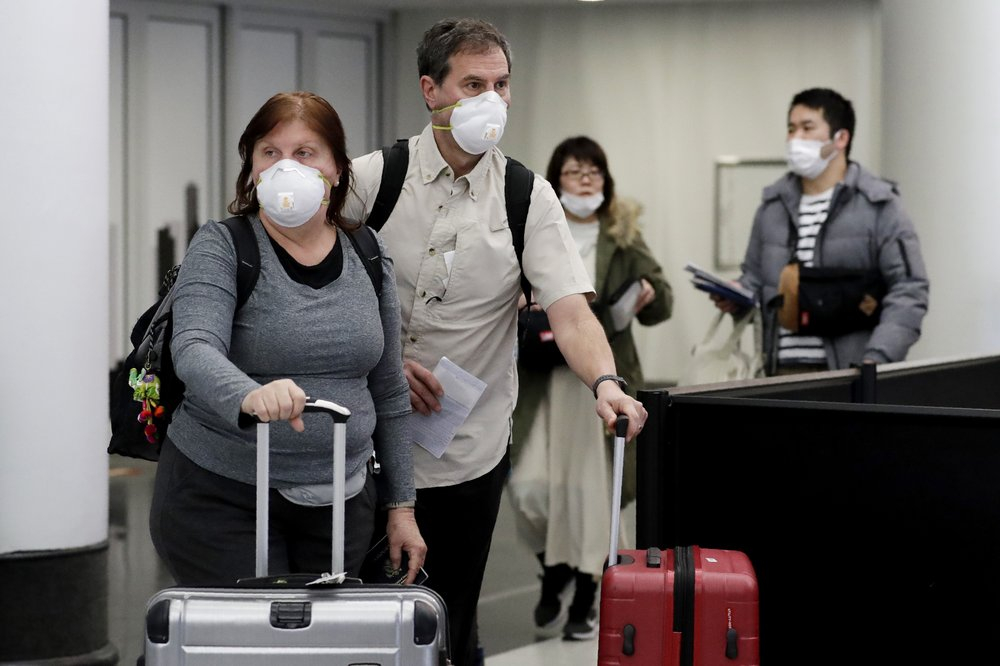 "This is a 56-year-old man, resident of the metropolitan region, who traveled across Europe and, among others, visited northern Italy," Chilean Ministry of Health said in a statement late Wednesday. The patient is in normal condition and is at home under medical supervision.

In the Pan American region, a woman in her 80s tested positive for novel coronavirus and is in critical condition at a Vancouver hospital, which is the 13th case of COVID-19 in British Columbia (B.C.), bringing Canada's total number of infections to 34. The woman was part of a tour group in India.

Adrian Dix, the provincial health minister, is reportedly trying to contact other Canadian members of the tour group, and people who had close contact with the infected woman. Dix said the first five cases in British Columbia were found to be linked to China, but the later seven came from Iran.

In Canada, as of Thursday, there are 34 confirmed cases of COVID-19: 20 in Ontario, 13 in British Columbia, and one in Quebec. All the infected people traveled to virus-hit countries.

With a suspicious spike in coronavirus cases over the weekend, Iran's federal public health authorities raised the alert level for the country to Level III, same as for Hubei Province in China.

Officials are asking all travelers coming to Canada from Iran, whether by air or land, to identify themselves to border officials, undertake self-isolation for 14 days, and report to local public health authorities within 24 hours of arrival. 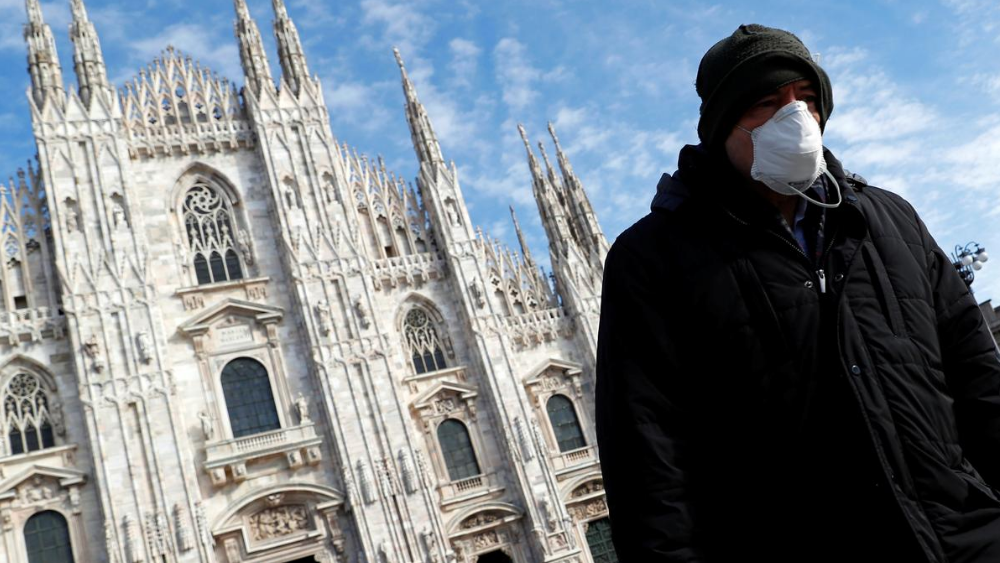 A man wearing a face mask walks past the Duomo Cathedral in Milan, Italy, March 4, 2020. /Reuters

A man wearing a face mask walks past the Duomo Cathedral in Milan, Italy, March 4, 2020. /Reuters

Canadian Health Minister Patty Hajdu warned on Thursday that Canadians should prepare for the "eventuality" of a domestic COVID-19 outbreak.

Speaking at a briefing on the government's response to the health crisis, Hajdu said the pressing goal is to "contain" and "delay" an outbreak, so as to give the healthcare system time to get through a "significant" influenza season.

"If we can delay community transmission to beyond the normal typical flu season, then we can provide some slack to the healthcare system to address things like shortages of beds and the burden on healthcare systems that often times flu season exacerbates," she said.

Meanwhile, Canadian Prime Minister Justin Trudeau announced a new cabinet committee to coordinate Canada's response to COVID-19 on Thursday, warning that the global outbreak could take a heavy economic toll on Canadian industries, such as travel, tourism and manufacturers that rely on a Chinese supply chain.

"This is not a situation that Canada created, but it is a situation we are going through and we will continue to work with our partners, with communities, with industry to ensure that we're minimizing the impact and the disruption on Canadians," he said. 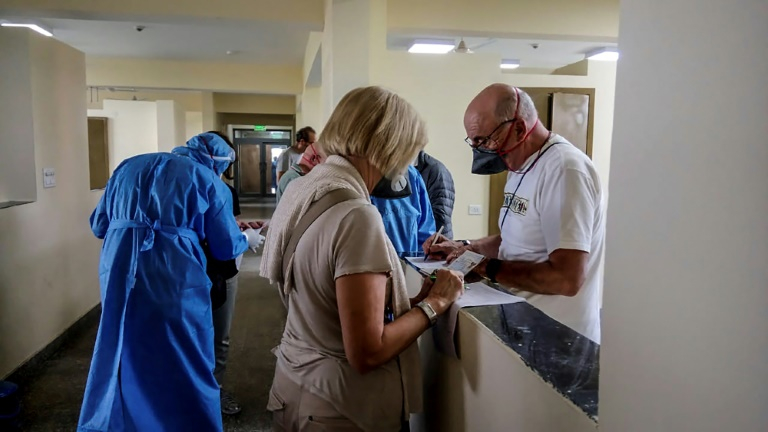 Italian tourists fill up forms after being put in preventive isolation at a quarantine facility in Chhawla, New Delhi, India, March 4, 2020. /AFP

Italian tourists fill up forms after being put in preventive isolation at a quarantine facility in Chhawla, New Delhi, India, March 4, 2020. /AFP

On the other side of the world, two groups of Italian tourists are under quarantine in India with 16 testing positive for the new coronavirus, prompting authorities to tighten controls.

Italy is a hot spot of the virus with 107 deaths and over 3,087 infected, while number of total cases in India stand officially at 29, including the Italians and their Indian driver.

According to New Delhi Television, 14 of the 16 infected Italian tourists are quarantined in Delhi. One of them, who tested positive on Tuesday, is currently in Jaipur. His wife has also tested positive.

After two out of a group of 23 tourists who arrived in the country last month tested positive in the western state of Rajasthan, the remaining 21 were put under quarantine in a special facility in New Delhi on Tuesday. This is the biggest group in the country to be infected with coronavirus.

"We are awaiting test results of the others," according to an AFP source.

Confronted with the new confirmed cases, Indian Health Minister Harsh Vardhan said Wednesday that passengers on all international flights would be screened.

Visitors from Italy, Iran, South Korea and Japan, except diplomats and officials from international bodies, have been already barred from entering since Tuesday, along with those from China since February.

Separately, authorities said that nine other Italians and their local guide have been quarantined in the central state of Madhya Pradesh for suspected exposure to the virus.

"Two of them are suffering from cough and cold. They have been quarantined as a precaution," local official Sheelendra Singh told the Press Trust of India.

Indian Prime Minister Narendra Modi tweeted on Tuesday that he had held an "extensive review regarding preparedness" for the virus and that different ministries and states were "working together."

"There is no need to panic. We need to work together, take small yet important measures to ensure self-protection," Modi said.

On Wednesday, Modi said he would stay away from celebrations during Holi, one of India's biggest festivals when paint and water are thrown around in an explosion of color. 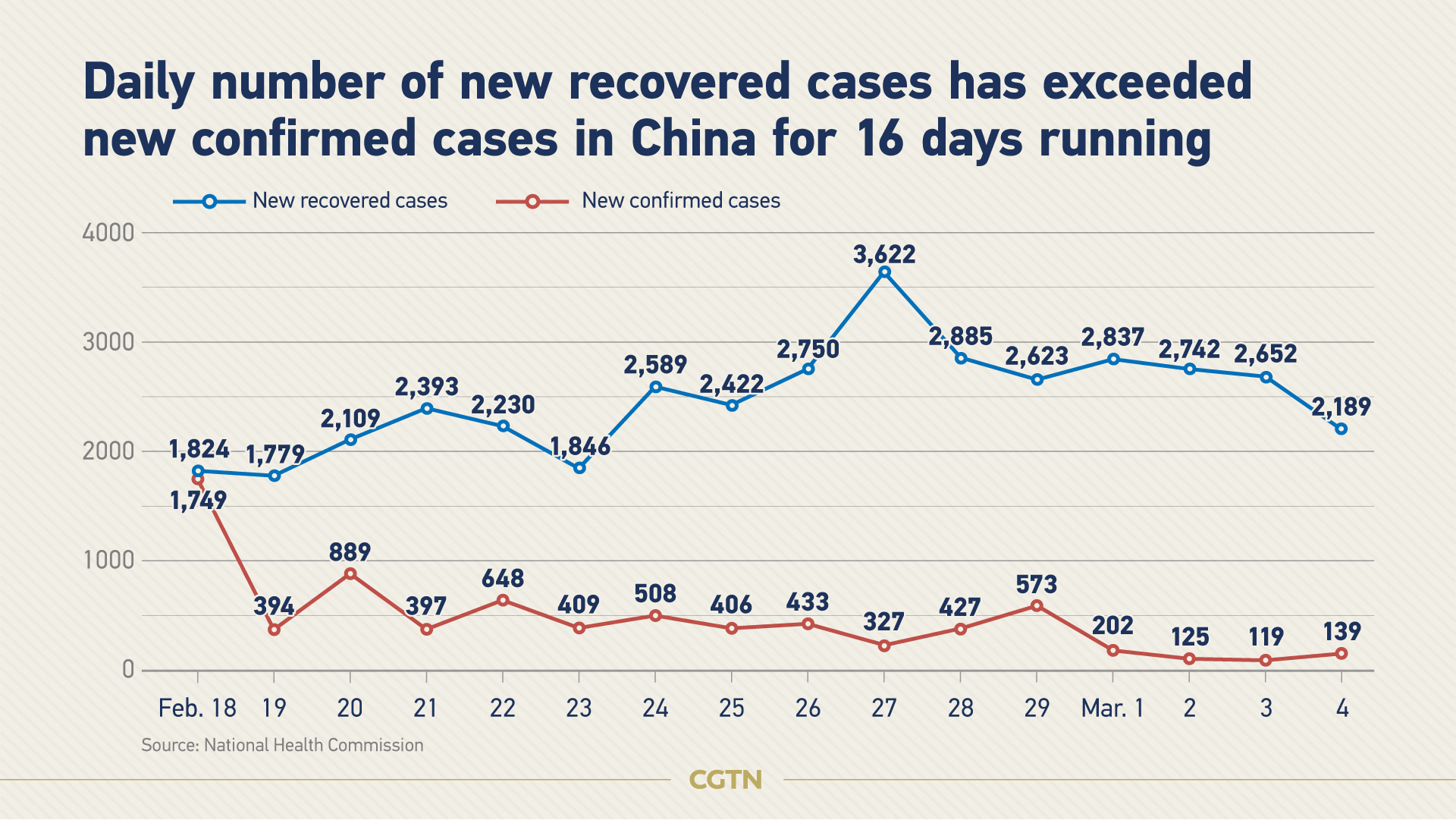 The novel coronavirus has spread to almost all of Iran's provinces, President Hassan Rouhani said on Wednesday. The Iranian Health Ministry said on Tuesday that 92 people had died so far from coronavirus, one of the highest death tolls outside China. It said 2,922 people had been infected with the disease.

Japan's health authority on Thursday said the country has confirmed a total of 1,037 cases, including 706 from the Diamond Princess cruise ship.

South Korea confirmed three new deaths and 322 additional cases of the novel coronavirus on Wednesday, according to the South Korean Centers for Disease Control and Prevention (KCDC). The three deaths bring the nation's death toll to 35, and the latest cases bring the total number of infections to 6,088, according to the KCDC.

Malaysia confirmed 14 more cases of coronavirus, Malaysia's Director General of Health Noor Hisham Abdullah announced in a tweet Thursday morning. It brings the total number of cases in the country to 50. The director general said out of the 50 confirmed cases, 28 are still receiving treatment in public hospitals.

Other countries, including Slovenia, Hungary, and Bosnia and Herzegovina, also identified their first cases.