In The Spotlight: Joe Biden, how the race was upended in 72 hours
By John Goodrich 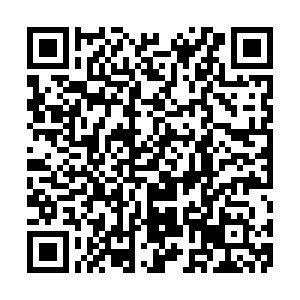 The then Delaware senator tried again 20 years later. He didn't make it past the Iowa caucuses in 2008, but did wind up as Barack Obama's vice president. 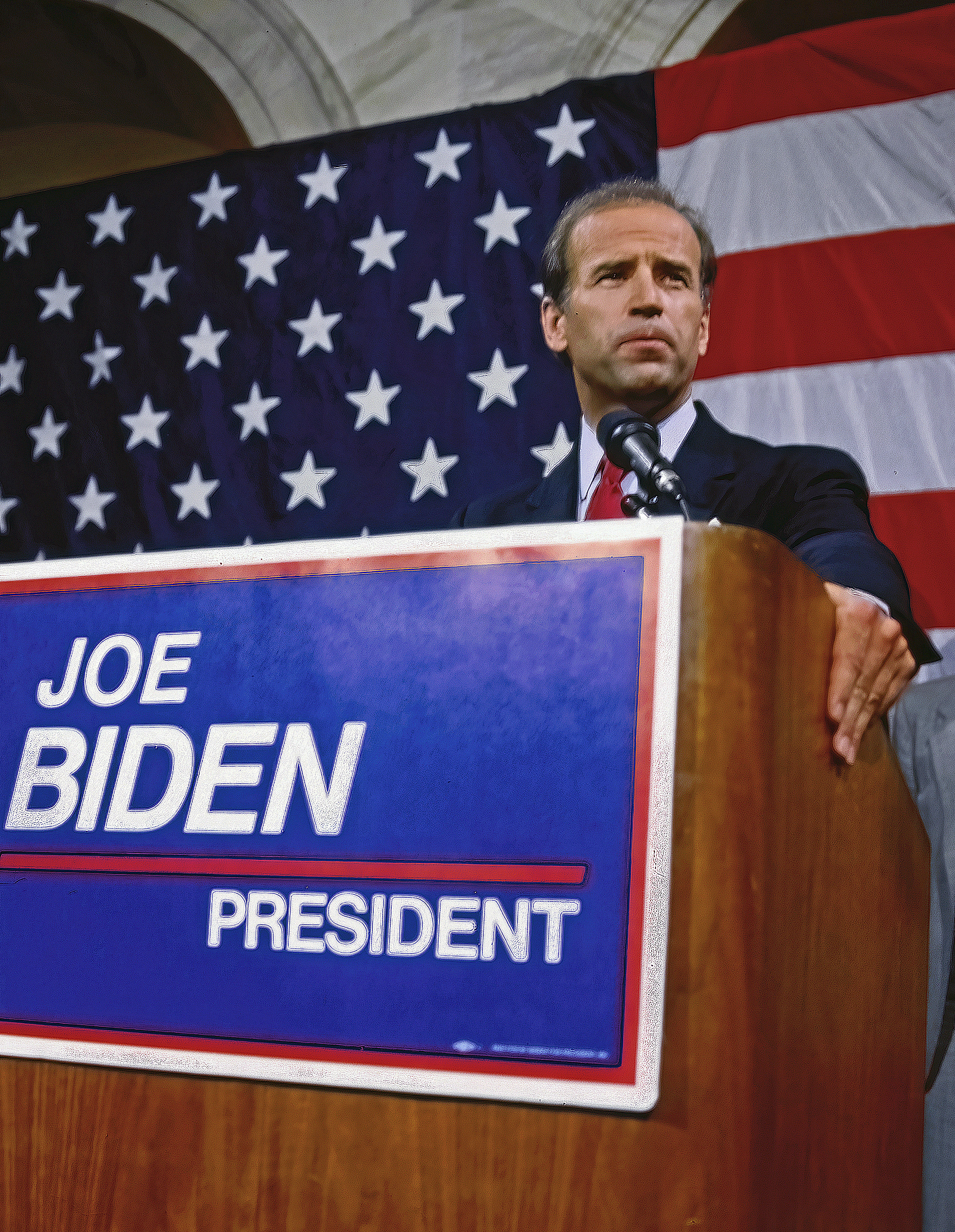 In 2015 tragedy, a theme of Biden's life, struck with the death of his elder son Beau from brain cancer. A long-expected tilt at the nomination in 2016 didn't happen.

But Biden remembered the advice his own father, a car salesman, gave him as a child: "Get up!" In 2020, aged 77, Biden tried again. He dallied over entering the race, then established himself as the frontrunner — until voting began.

He flopped in Iowa, failed in New Hampshire and finished a distant second in Nevada. As March neared, Biden was written off. His debate performances were flat, fundraising lackluster and pitch as the candidate to beat Donald Trump in tatters. 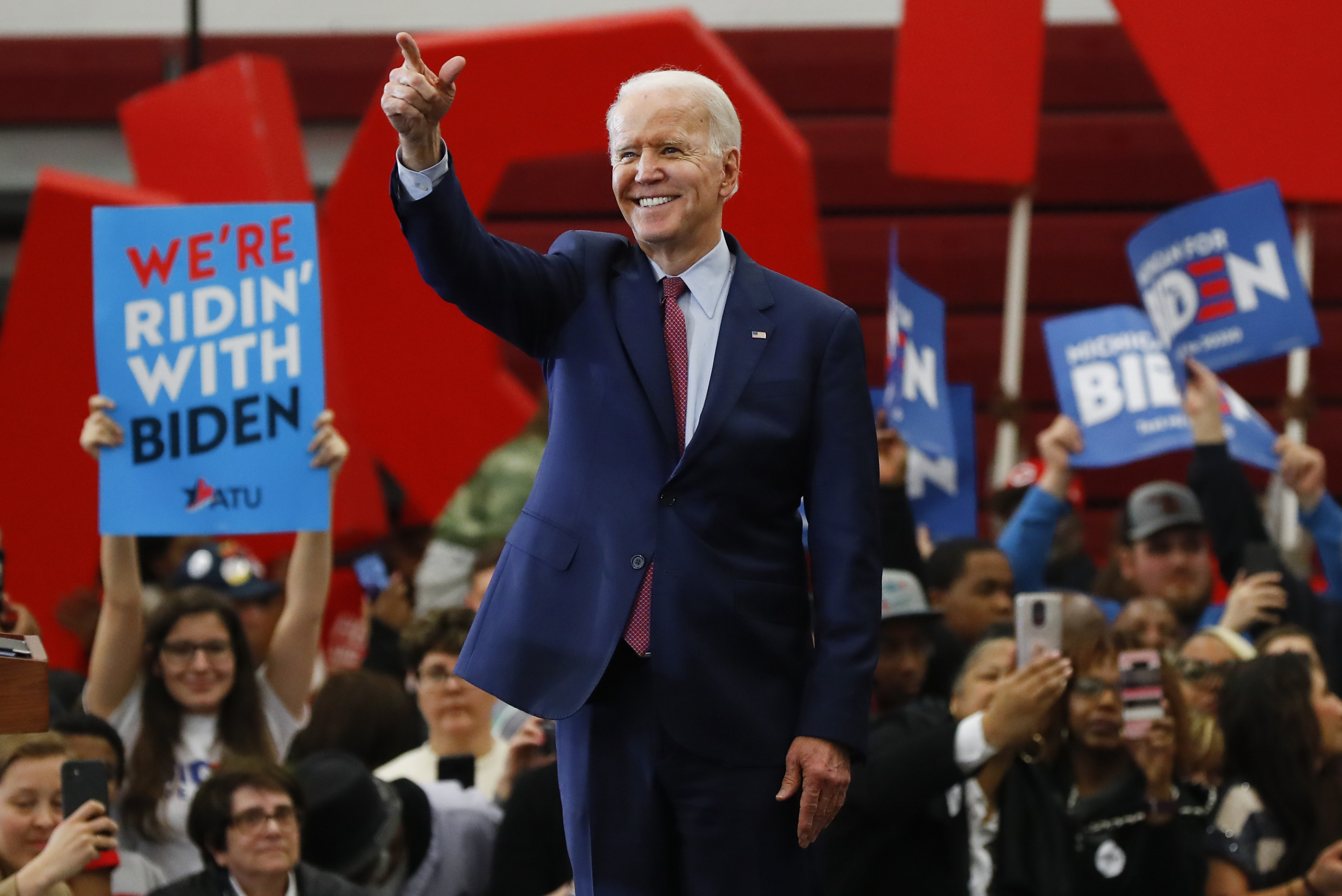 Ten days on, Biden is flying – the favorite to win the Democratic nomination, with money, voters and endorsements stacking up behind him and a renewed confidence.

How did he turn it around? The Biden comeback came in three key steps, gaining momentum over 72 hours with the help of a powerful political trick — beating expectations.

Biden, a senator for 35 years before taking the vice presidency, has influence and influential friends within the Democratic Party — and utilizing both at the right times has been central to his resurgence. 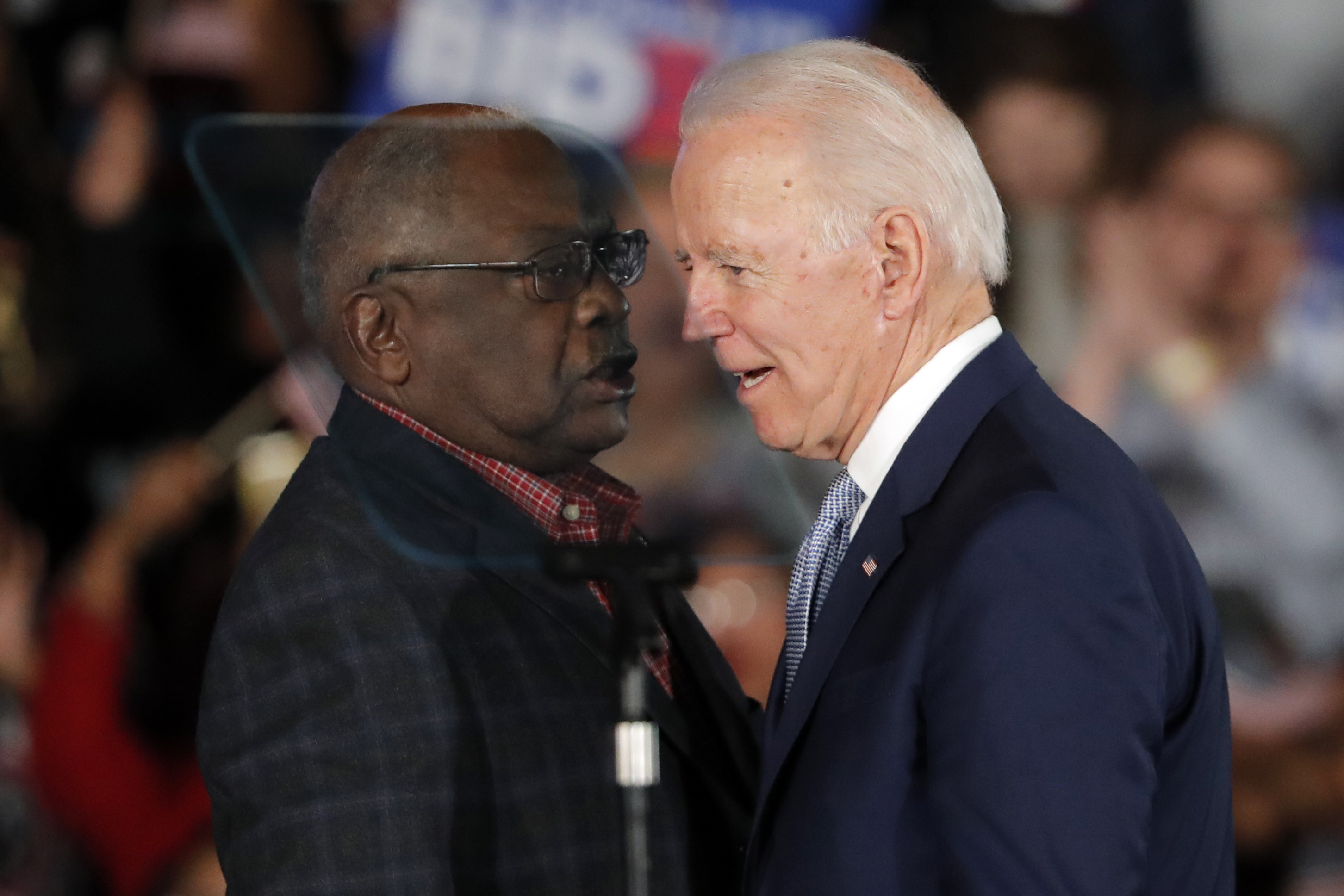 He was always likely to challenge in a state described as his "firewall" because of his strong support among black voters — a legacy of his profile as Obama's running mate — who make up around 60 percent of the Democratic electorate in South Carolina.

Before voting began on February 29, pundits debated how big Biden, famously born in Scranton, Pennsylvania, needed to win to stay in the race. Would five points be enough? Could he win by double digits? 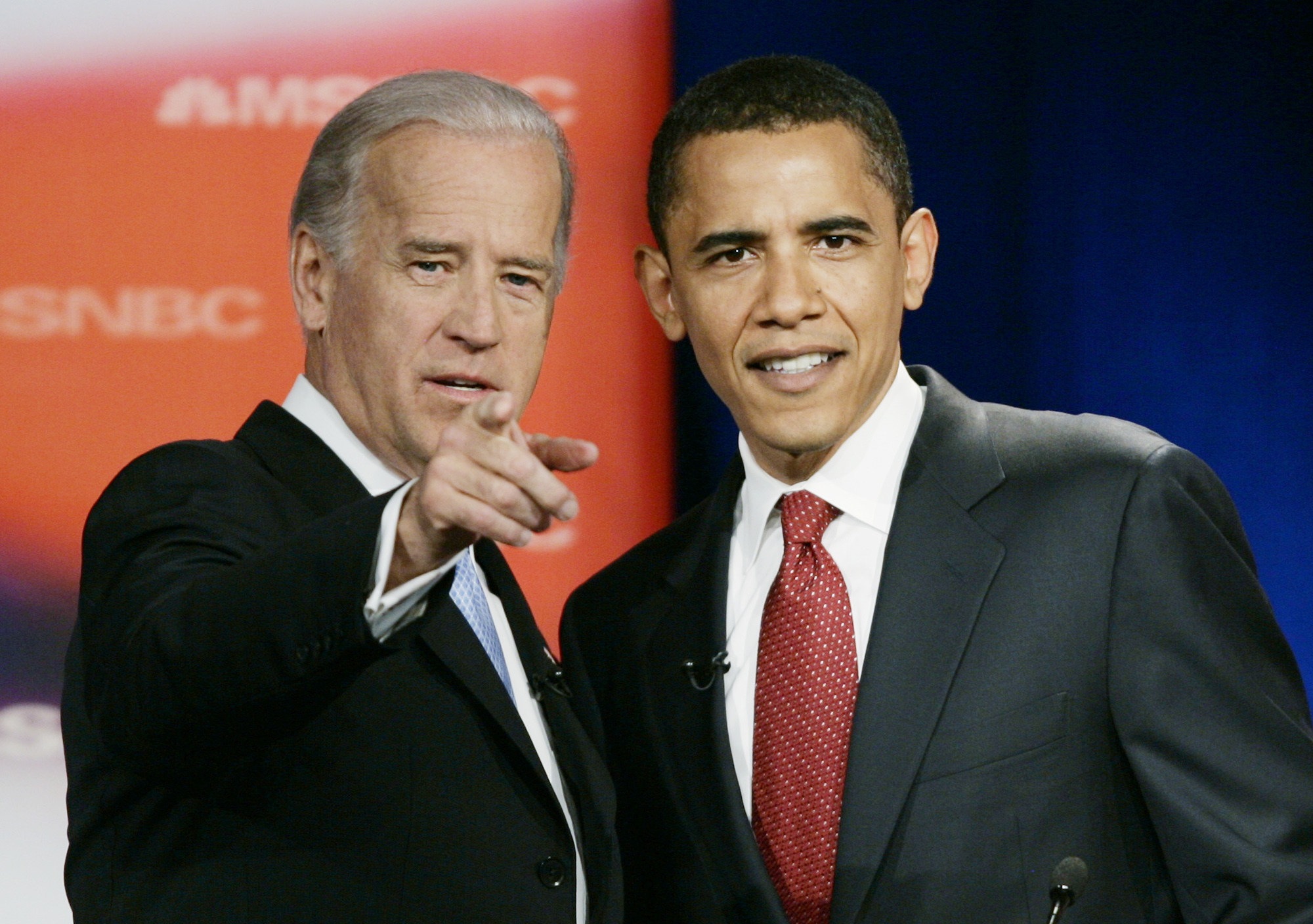 In the end, he took nearly 50 percent of the vote and finishing 29 points ahead of second-placed Bernie Sanders, now his only viable rival.

Biden suddenly had the assuredness victory brings — mumbling campaign appearances were replaced by on-message remarks, even if gaffes continued — but little money, and Super Tuesday was just days away.

The inside story of how Democratic powerbrokers persuaded Pete Buttigieg and Amy Klobuchar to drop out and endorse Biden before Super Tuesday is yet to be told, but their swing behind the former vice president was decisive — particularly for the Vermont senator's campaign, which was put firmly on the back foot. 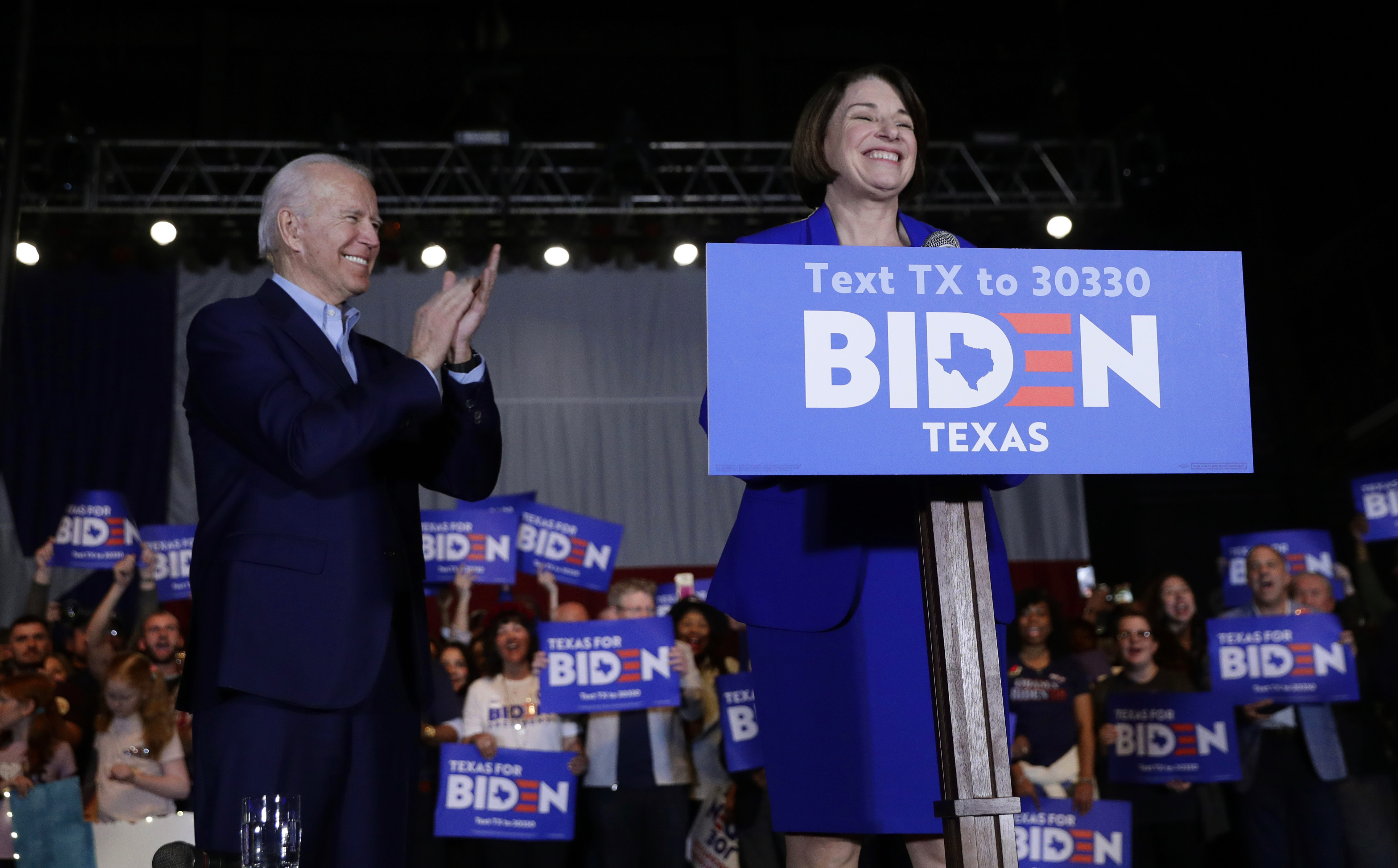 Neither Buttigieg or Klobuchar had a route to the nomination, but their departures — in both anti-Sanders and anti-Trump causes — were nevertheless selfless. Ending a campaign is a big call after years of hard work and some success on the trail.

Unlike establishment Republicans in 2016, who failed to unite around a candidate to take on Trump, the Democratic Party undercut Sanders. The independent who caucuses with Democrats in the Senate blamed "the establishment" — but to others, it was just the party coming together.

The win in South Carolina and exits of rivals weren't caught by polls before Super Tuesday, which helped Biden exceed expectations again. He won 10 states and ended up in the delegate lead over Sanders, an outcome even the Biden campaign seemed shocked by. 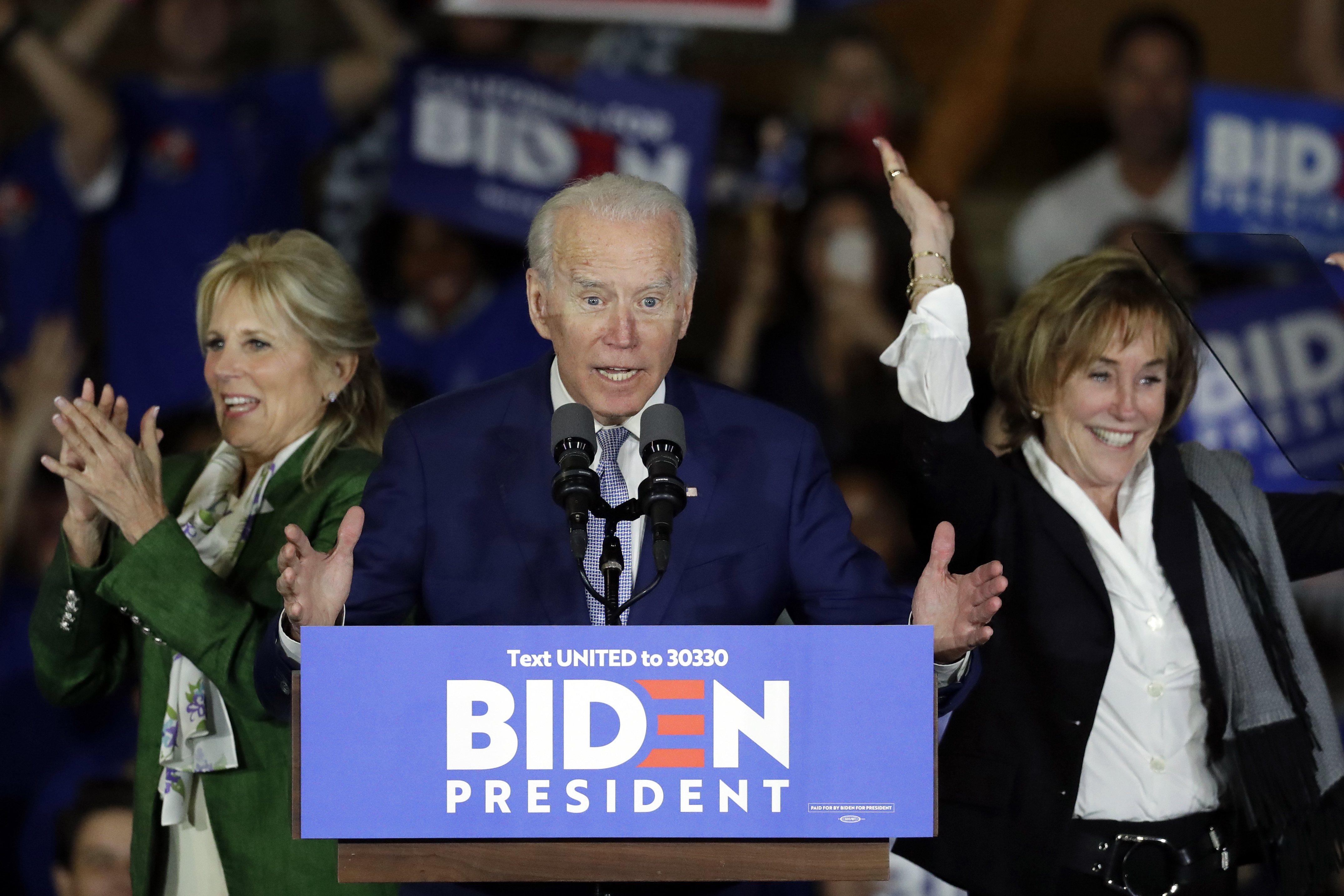 The exit polls highlighted Biden's demographic strengths and weaknesses as a candidate, important if he ends up taking on Trump in November.

He was overwhelmingly popular among black and older voters, and crucially picked up votes from white working class voters who spurned Hillary Clinton in 2016 — playing up the "Scranton Joe" persona — as well as the suburban voters who came out for Democrats in the 2018 midterms. But he struggled with younger voters and Latinos. 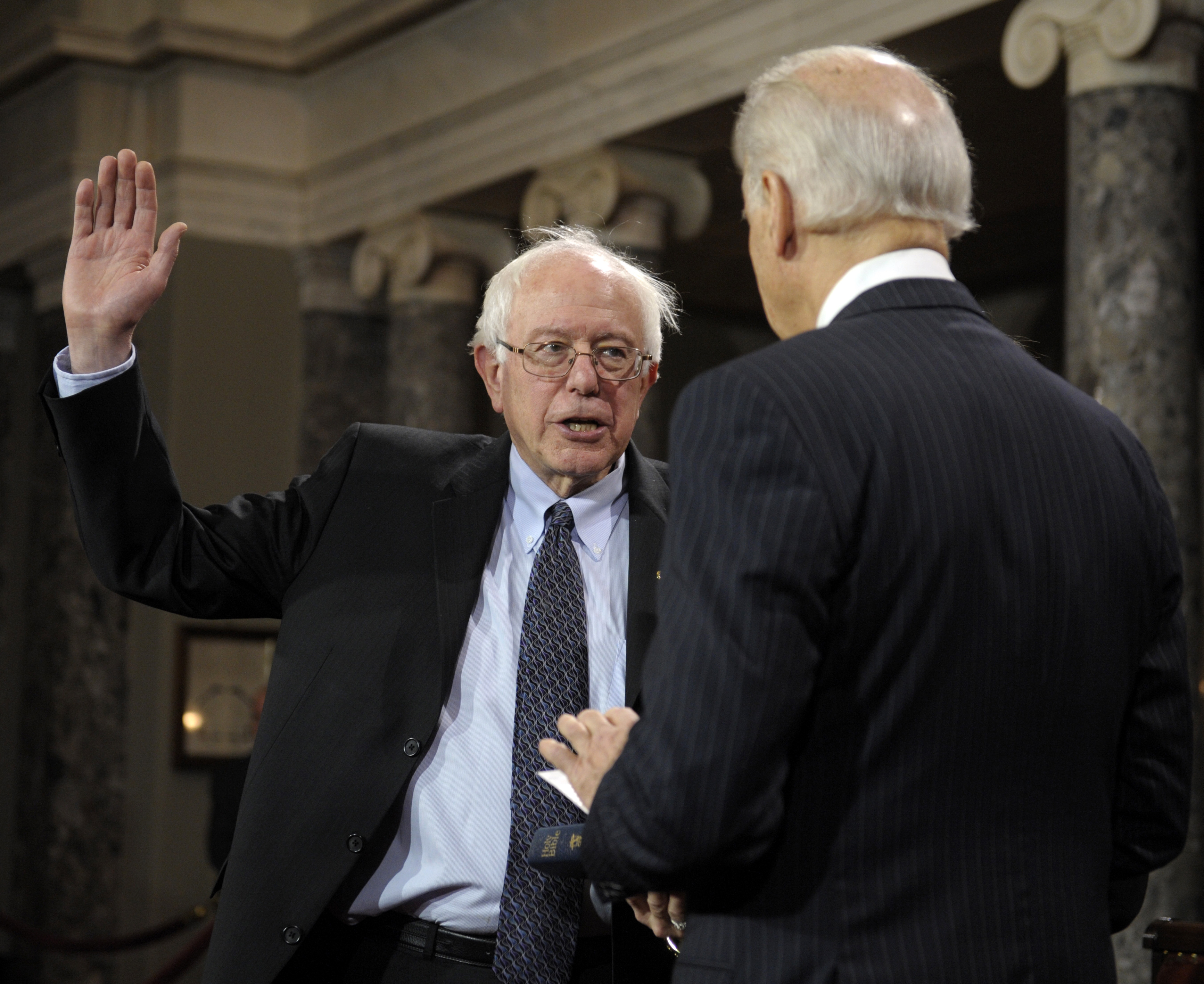 Late deciders overwhelmingly backed Biden, and the three days between the South Carolina primary and Super Tuesday will likely be remembered as the period that flipped the race if Biden goes on to win the nomination.

Now the expectation game has switched, Sanders is back to his favored role as an outsider, but the future looks bright for Biden and his confidence is soaring.

Elizabeth Warren and Michael Bloomberg are out, and Biden has a 16-point national lead over Sanders among Democrats and Democratic-leaning voters, according to the latest CNN/SSRS poll, and a 40-point lead on the question of who is more likely to beat Trump, the issue 65 percent of respondents said was their priority. 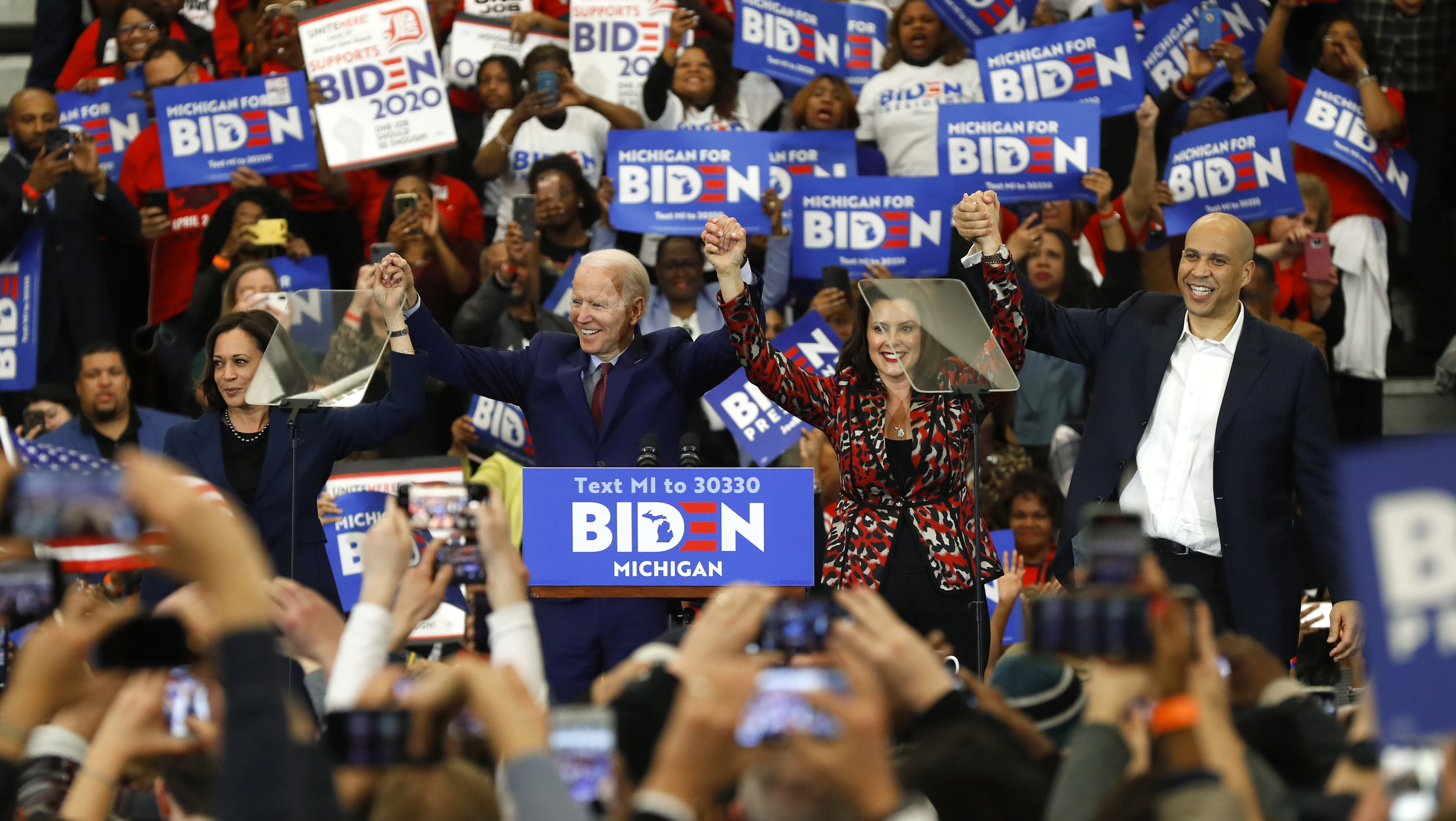 The former vice president also has big polling advantages in many of the upcoming primary states and Sanders has indicated he may not stick in the race to July's convention if the tide doesn't turn soon.

"I'm not a masochist who wants to stay in the race that can't be won," Sanders told ABC on Sunday, no doubt mindful of the risk of exacerbating a party split that could help the Republicans.

There is also an emerging argument that in a time of uncertainty in the United States, with so many unknowns about the impact and spread of COVID-19, voters are looking for a calming and experienced presence. 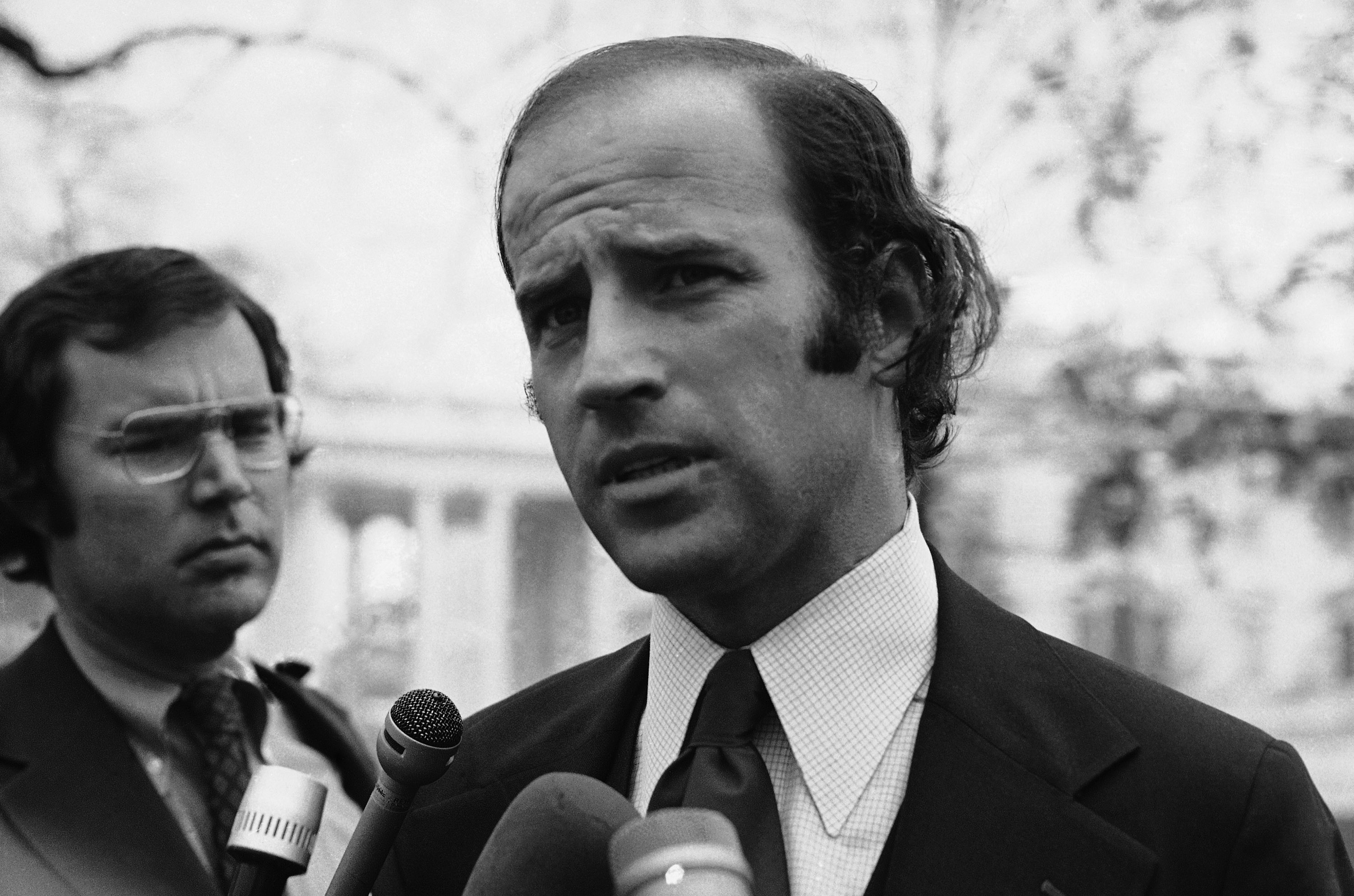 Biden headed numerous committees during his time in the Senate, and dealt with issues including working to stop an Ebola epidemic as vice president. Asked by SSRS who would handle a crisis best, 65 percent said Biden to just 23 percent for Sanders.

He's also shown a strong capacity for empathy on the trail, having endured so much hardship in his life. As well as the recent loss of son Beau, his first wife Neilia and their daughter Naomi died in a car crash shortly after his first Senate election win in 1972. He also underwent brain surgery in 1988.

Where will it end?

Biden started his campaign focusing on Trump, aiming to run a "Rose Garden" campaign and staying above the fray of warring candidates. But the cautious strategy didn't play well, and he now appears to be following the advice of Clyburn, who told him to tell his life story, and Los Angeles mayor Eric Garcetti.

"I said, 'Just be you. Get rid of the ropes, the handlers, go be Joe,'" Garcetti told the AP, and "'start talking about the future more than the past.'"

His strong leads in upcoming primary contests mean he can focus on criticizing Trump and preaching unity. 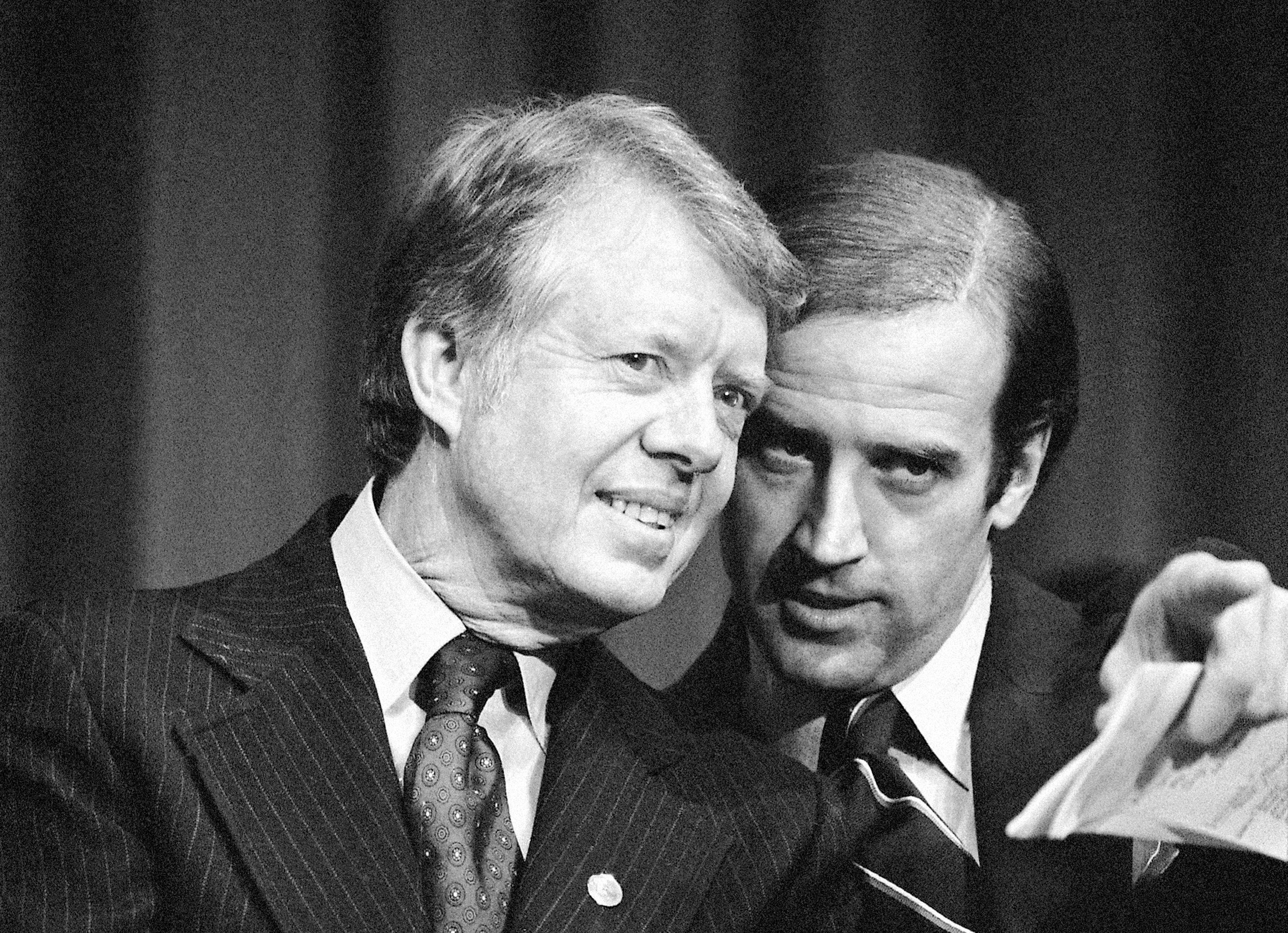 The next step is finding a clear policy agenda, that can be supported across the party and beyond.

"There's no theme to the Biden campaign, no organizing principle behind it other than 'I can beat Donald Trump and I'm the best person to lead the ticket,'" former New Jersey Governor Chris Christie told ABC on Sunday. "He better come up with something."

A running mate who balances the ticket – almost certain to be a woman, with Kamala Harris, Stacy Abrams and Amy Klobuchar among the favorites — will be key, but there are also skeletons in Biden's closet which would be dragged out in a general election.

From Biden's age and long voting record in the Senate, which included initially backing the 2003 invasion of Iraq, to controversy over his son Hunter's position with Ukrainian energy company Burisma, his 47 years in public life have left a lot of material for attack ads.

Biden isn't yet the Democratic nominee — and the clearest lesson from this contest so far is the situation can change overnight — but the former vice president is on the verge of one of the great political comebacks thanks to a critical 72 hours in early March.