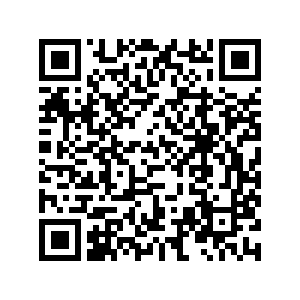 Joe Biden won the South Carolina primary on Saturday, reinvigorating his flagging campaign to win the Democratic nomination and take on Donald Trump in the 2020 U.S. presidential election.

The former vice president was on course to win just short of 50 percent of the vote, with Bernie Sanders trailing in a distant second on close to 20 percent ahead of Tom Steyer, Pete Buttigieg and Elizabeth Warren.

Biden's first victory in a Democratic nominating contest – in his third run to be the party's candidate – gives him momentum heading into the critical 14-state Super Tuesday contest on March 3. 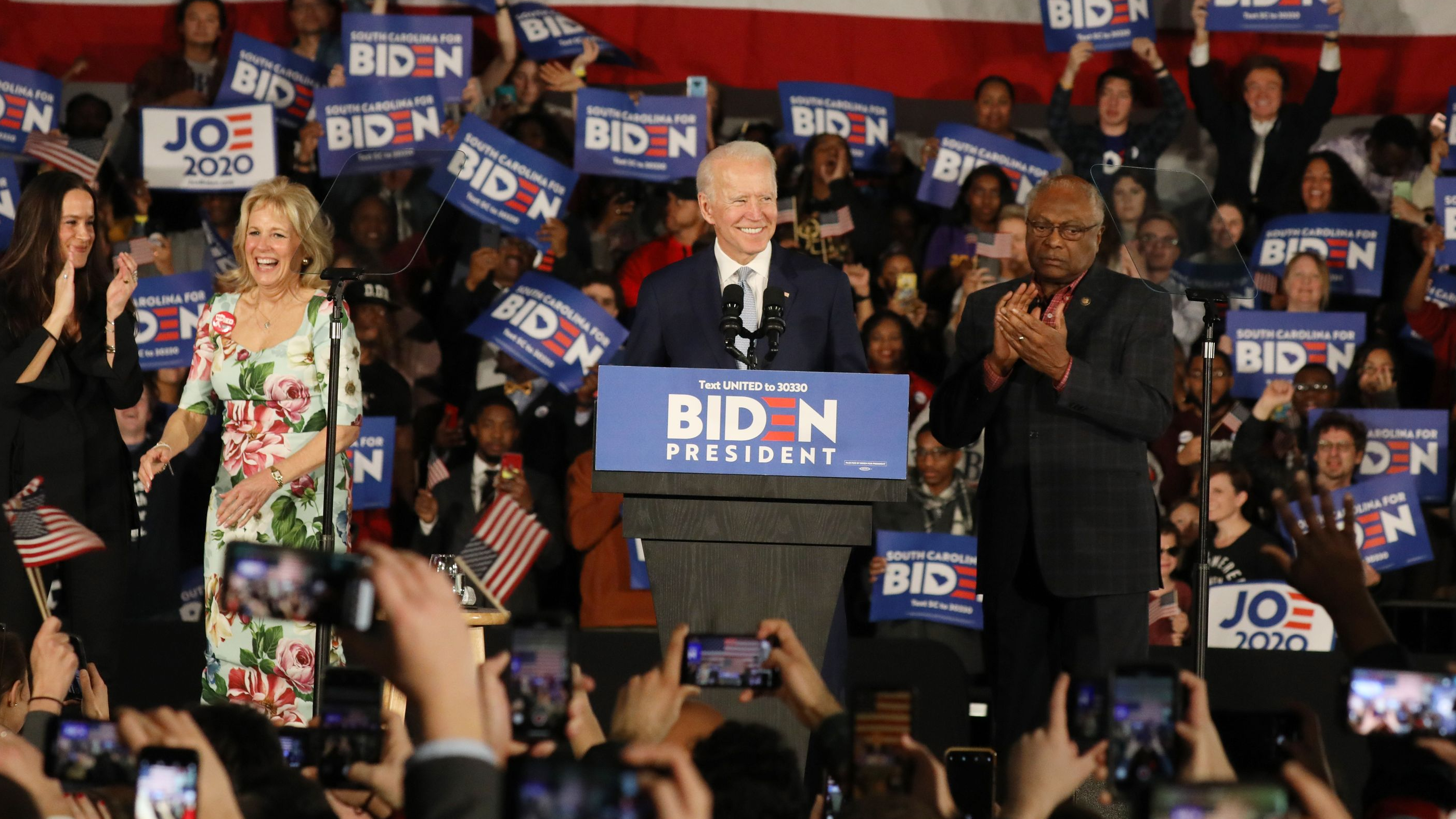 The result, which followed Biden's poor results in Iowa and New Hampshire and a distant second place finish in Nevada, immediately led to a fundraising spike for the 77-year-old according to his campaign. It also underscored Biden's popularity among black voters in a state where 60 percent of the Democratic primary electorate is African-American.

"If the Democrats nominate me, I believe we can beat Donald Trump, keep Nancy Pelosi in the House of Representatives as Speaker and take back the United States Senate," Biden told supporters in an emotional speech.

"We have the option of winning big or losing big," Biden added. "We need real changes, right now. Something I've done my whole career, and I'll do as president." 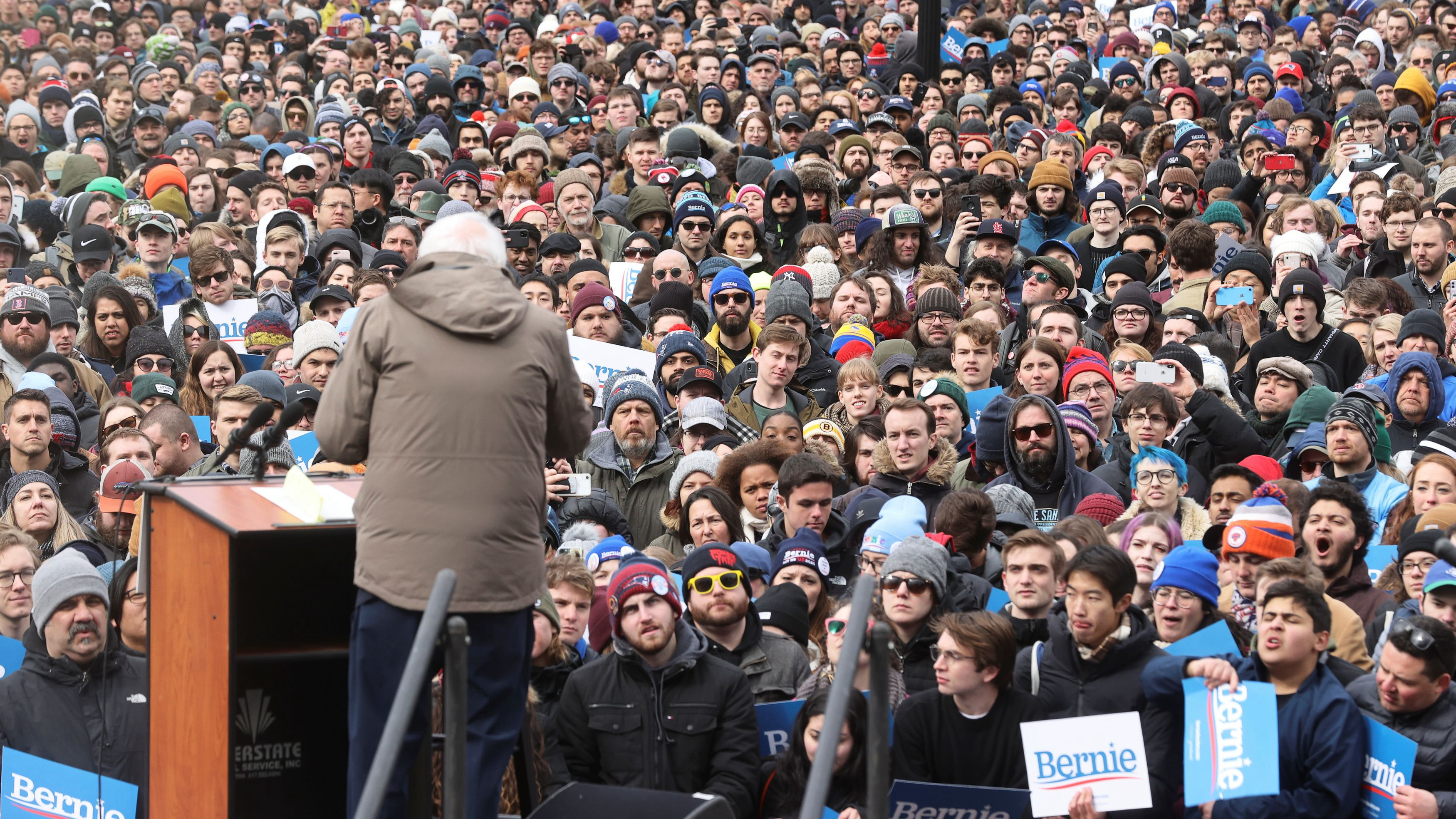 He went on to hit out at Bernie Sanders, the frontrunner in the contest who is projected to come in a distant second in South Carolina."Most Americans don't want the promise of revolution," Biden said. "They want more than promises. They want results."

"We did not win in South Carolina," Sanders, who remains the delegate leader, said shortly after polls closed. "That will not be the only defeat. There are a lot of states in this country and nobody can win them all."

Steyer, the billionaire who spent over 19 million U.S. dollars in television advertising in South Carolina, dropped out of the race for the nomination after staking his campaign on a good performance in the state.

"I said if I didn't see a path to winning, then I'd suspend my campaign," Steyer told supporters. "And honestly, I can't see a path where I can win the presidency.”

Warren and Klobuchar, fighters with a plan

There will now be pressure on moderate candidates to withdraw and consolidate around Biden, but there were few indications that Buttigieg, Klobuchar or Michael Bloomberg would exit the race ahead of Super Tuesday, and Warren indicated she would also continue despite another poor result in South Carolina.

Buttigieg, campaigning in Raleigh, North Carolina, told supporters he would continue to work to "earn every vote on the road ahead."

The Bloomberg campaign said the billionaire would not drop out of the race ahead of Super Tuesday, the first time he will be on the ballot after skipping the first four contests.

"Mike Bloomberg has not been on the ballot yet," campaign manager Kevin Sheekey said in a statement. "Mike is the only candidate to campaign in all 14 Super Tuesday states over the last two months and we look forward to Tuesday."