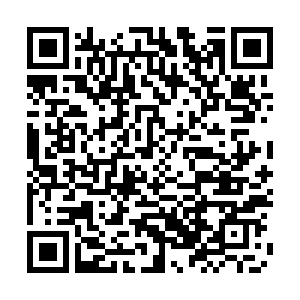 Under the guidance and strong leadership of Chinese President Xi Jinping, together with people's arduous efforts, the people's war against the epidemic is going to reach the light, State Councilor and Foreign Minister Wang Yi said on Wednesday.

Wang made the remarks while speaking on phone with Luhut Pandjaitan, Indonesian government's coordinator for cooperation with China.

"Earlier, Indonesian President Joko Widodo held a phone call with President Xi at a critical moment in China's fight against the novel coronavirus outbreak, we appreciate that deeply," Wang said.

He also thanked the government and various communities in Indonesia for their support and assistance to China.

As coronavirus rips in Indonesia, China stands together with the people there and feels what they feel, Wang said, expressing China's willingness to offer help and assistance to Indonesia.

Noting that this year marks the 70th anniversary of diplomatic relations between the two sides, Wang called on Indonesia to work with China to achieve further progress in the Belt and Road Initiative (BRI).

For his part, Luhut highly commended China's achievements in the fight against COVID-19, expressing appreciation for China's support and sympathy for Indonesia's control efforts.

Indonesia expects to resume communication and cooperation with China once the virus is defeated, Luhut emphasized, looking forward to promote the project of Jakarta-Bandung high-speed rail continuously.

In a phone conversation with his Singaporean counterpart Vivian Balakrishnan on the same day, Wang reaffirmed China's confidence to win the final victory in the fight against the virus.

Wang said that attempts by some forces to stigmatize and isolate China will not succeed, hailing Singapore Prime Minister Lee Hsien Loong's stance to avoid the stigma and urge all countries to stay together and fight till the end.

In response, Vivian commended China for the progress it has made, opposing the practice of stigmatization.

The top priority for both sides should be to curb the cross-border spread of the epidemic, and jointly respond to the long-term impact of COVID-19 on public health, economy and society, he added.

During his call with Russia's Foreign Minister Sergei Lavrov on the same day, Wang said that the dawn of victory is ahead after China's hard battle against the virus and China will keep working to safeguard the hard-earned achievements.

Striving to minimize the loss caused by the pandemic, China will further prevent imported COVID-19 cases and actively promote the resumption of work and production, Wang stressed.

Practicing the vision of building a community with a shared future for humanity, China will provide assistance within its capacity to countries in need, he added.