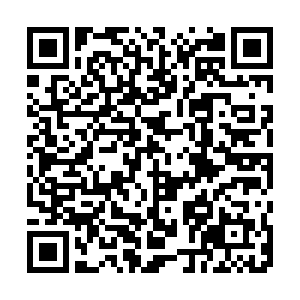 Coronavirus-related discrimination toward the Chinese and Asian Americans is escalating rapidly in the U.S. after U.S. President Donald Trump repeatedly referred to the coronavirus as "Chinese virus." His words prompted massive backlash from the public, including many U.S. politicians and health professionals who made it clear that virus has no nationality; and racism and xenophobia are not acceptable.

U.S. House Speaker Nancy Pelosi denounced the term, saying that "these bigoted statements which spread misinformation and blame Asians and the Asian American community" for the pandemic "make us all less safe."

He strongly opposed the anti-Chinese sentiment prompted by Trump's remarks, warning that racism is dividing the country. 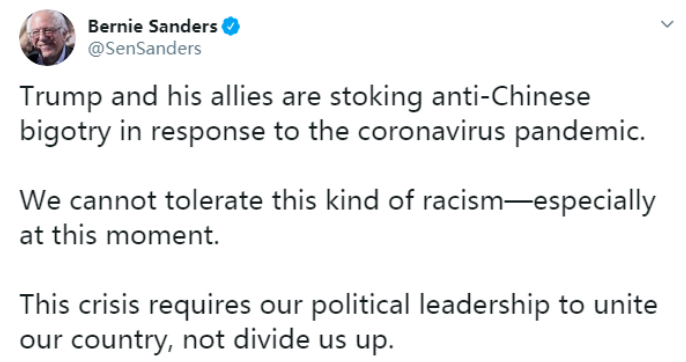 Former Secretary of State Hillary Clinton on Wednesday accused Trump of using "racist" rhetoric to describe the outbreak of coronavirus in order to "distract" from his administration's response. 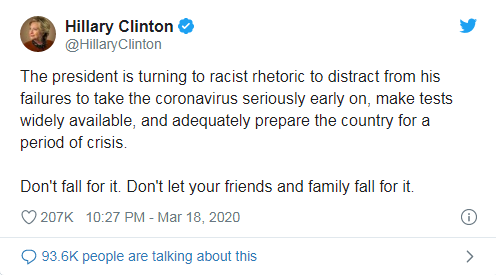 Along with the virus' spread, there has been an increase in racist incidents and discrimination targeting Asians worldwide. 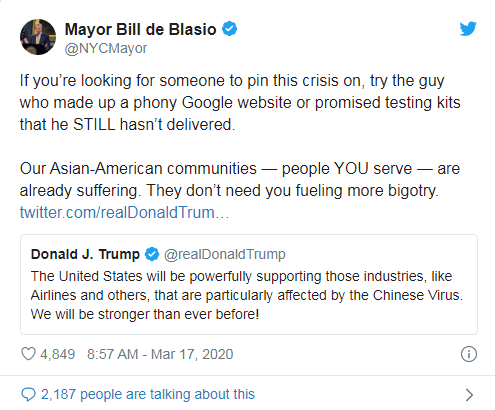 "There is never an excuse for xenophobia. Coronavirus is a global pandemic that is affecting all of us, and it requires all of us to listen to public health experts and respond together," Breed said in a statement, "We want to make it clear that that is not something that is acceptable or tolerated here in San Francisco."

WHO official warns against use of 'Chinese virus'

The World Health Organization announced the official name COVID-19 for the pneumonia caused by the novel coronavirus on February 11 so as to avoid stigmatizing a country or particular group.

Calling COVID-19 the "Chinese virus" could lead to racial profiling, WHO officials warned, urging authorities to be careful in the language they use. "Viruses don't know borders and they don't care about your ethnicity, the color of your skin or how much money you have in the bank," Mike Ryan, executive director of the WHO's health emergencies program said.

"The pandemic of influenza in 2009 originated in North America, and we didn't call it the 'North American flu.' So it's important that we have the same approach when it comes to other viruses," Ryan added. 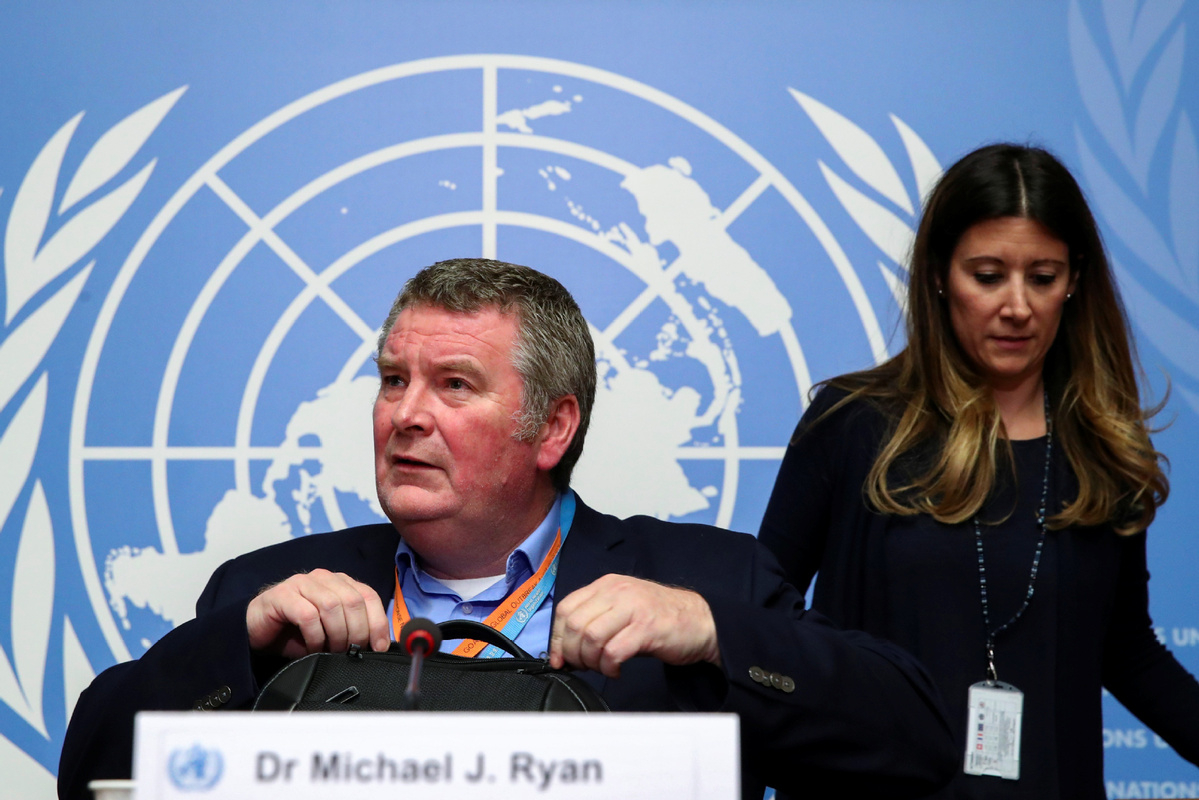 Director Robert Redfield of the U.S. Centers for Disease Control and Prevention (CDC) echoed WHO's comments, noted that labeling the coronavirus with certain groups of people is "absolutely wrong and inappropriate" at a House hearing. 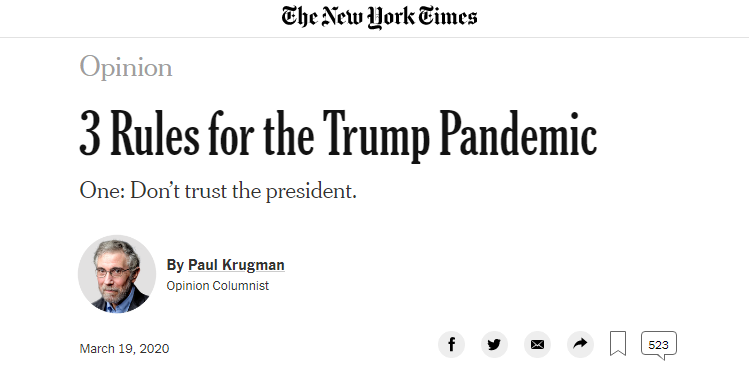 Senate Kamala Harris and Representative Gil Cisneros also rejected the "racist language," pointing out that racism is not going to solve the crisis. 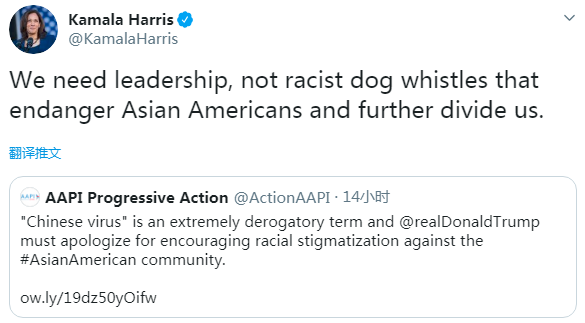 Concerns over being targeted rose among Asian American communities as they claim that harassment and hate crime may increase due to Trump's misleading reference to the coronavirus.

On behalf of the Asian Pacific Islander Legislative Caucus, Assemblyman David Chiu and civil rights groups sent a joint letter to Governor Newsom this week asking him to denounce racist behavior as well.

"It doesn't help when we have a president who has been talking the anti-Chinese Sentiment by referencing the so-called Chinese Virus," said Chiu. "The enemy is COVID-19. Those of us who are of Chinese descent, we are not the virus."

California Assemblyman Phil Ting, a San Francisco Democrat of Chinese descent, echoed by saying Trump's comments have created anxiety among many Asian Americans, some of whom report being harassed about the disease.

"It's embarrassing to have a president who not only doesn't put a stop to it, but really condones it and fuels that fire," Ting said.