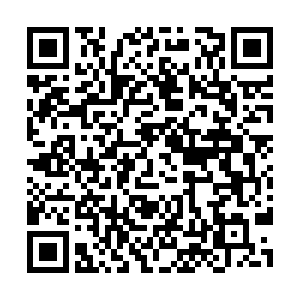 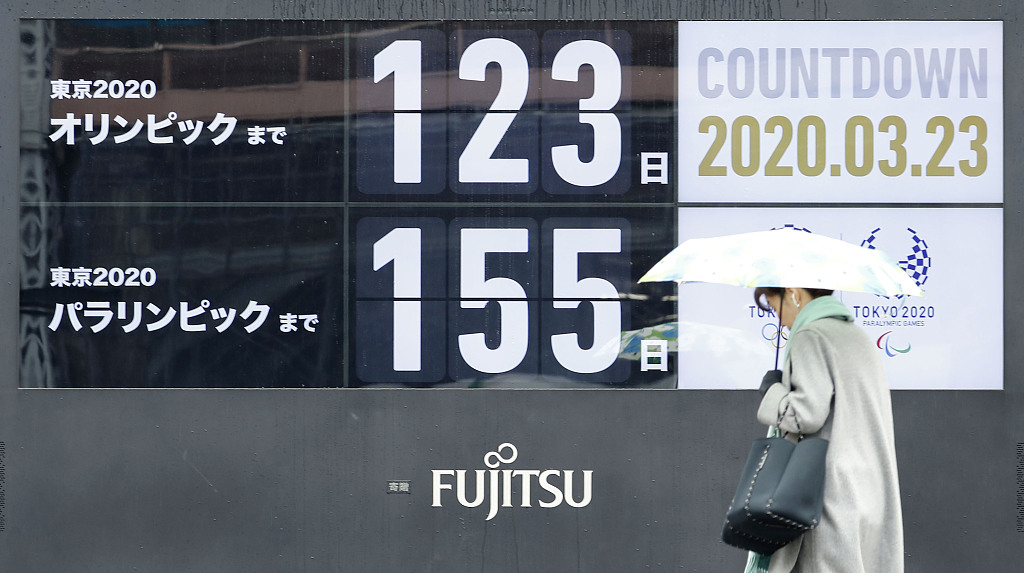 As the Japanese government is facing growing pressure to rip up years of planning for the Tokyo Olympics, veteran International Olympic Committee (IOC) member Dick Pound revealed on Monday that the Games would be postponed until 2021, with details yet to be worked out.

"On the basis of the information the IOC has, postponement has been decided," Pound told USA Today. "The parameters going forward have not been determined, but the Games are not going to start on July 24, that much I know."

"It will come in stages. We will postpone this and begin to deal with all the ramifications of moving this, which are immense," added Pound, the longest-serving IOC member.

"My interpretation of the IOC's communications is they don't want to cancel, and they don't think they can continue with the July 24 date," Pound said. "So you're looking at the 'P' word – postponement."

"They're going to explore options with the Japanese of course, and then there all kinds of stakeholders – international federations, NOCs, athletes. And then in four weeks they're going to try and come out with a plan B and make it as specific as they can make it in that time period." 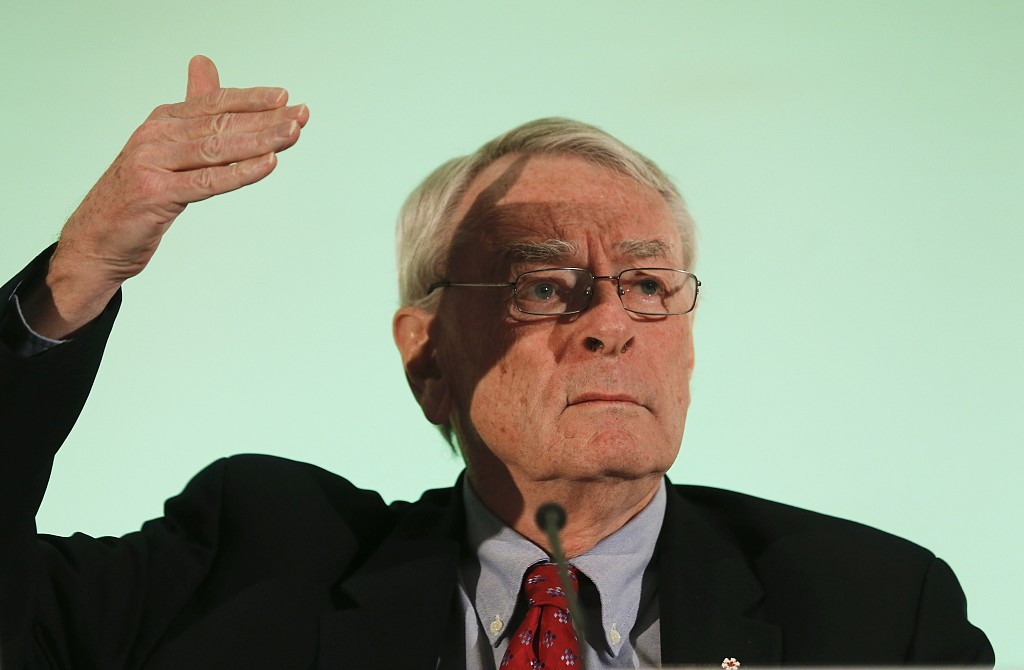 Pound, who is Canadian, said the "astonishing" spread of COVID-19 across the globe left the IOC with no other choice.

"This is not something that's going to clear up by July 24," Pound said. "And this thing isn't going to go away by September or October. A lot of the biggest countries in the world are just about overwhelmed, and it's just starting to take root in Africa. It's a no-go in my view."

"I think the one-year postponement is the most feasible because it gives you the most time to organize," he said.

Later in the day, IOC spokesman Mark Adams responded to Pound's comment, saying in a statement, "It is the right of every IOC member to interpret the decision of the IOC executive board which was announced (Sunday)."

In that announcement, IOC president Thomas Bach indicated, for the first time, that postponing the Tokyo Games would be a possibility, while Japan's Prime Minister Shinzo Abe finally conceded on Monday that the COVID-19 pandemic might force a delay of the Olympics.

A number of Olympic committees and sports federations have already indicated unwillingness to go to Tokyo if the Games are held in July as planned.

On Sunday, Canada and Australia confirmed that they will not send athletes to Tokyo if the Games took place in July. 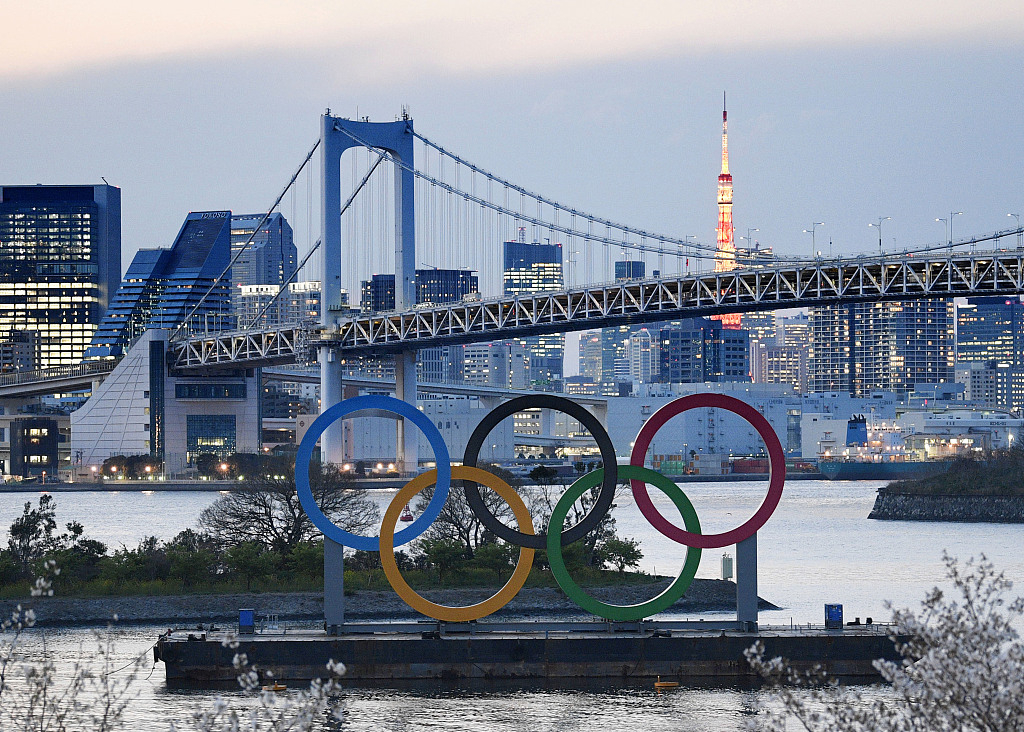 The Olympics rings in Tokyo's Daiba waterfront area against the backdrop of Rainbow Bridge and Tokyo Tower, March 23, 2020. /VCG

The Olympics rings in Tokyo's Daiba waterfront area against the backdrop of Rainbow Bridge and Tokyo Tower, March 23, 2020. /VCG

The Swiss National Olympic Committee followed suit. "Given the current situation, the 2020 Tokyo Olympics should be postponed," the Swiss NOC said in a statement released after a decision by its executive board.

National Olympic committees in Brazil and Slovenia also have called for a postponement to 2021.

USA Gymnastics joined the ranks on Monday, announcing, "After considering the responses from athletes who participated in our survey and the 62 percent who were in favor of delaying the Games, we are adding our voice to the chorus advocating for postponement."

USA Swimming and USA Track and Field had already urged the U.S. Olympic and Paralympic Committee (USOPC) to press the IOC for a delay.

The USOPC responded by releasing a carefully worded statement on Monday, saying "We encourage the International Olympic Committee to take all needed steps to ensure the Games can be conducted under safe and fair conditions for all competitors."

"Our most important conclusion from this broad athlete response is that even if the current significant health concerns could be alleviated by late summer, the enormous disruptions to the training environment, doping controls and qualification process can't be overcome in a satisfactory manner," the USOPC said.

It later added that U.S. officials look forward to feedback and direction from the IOC "and stand ready to work in support of Team USA and in full cooperation with the global community." 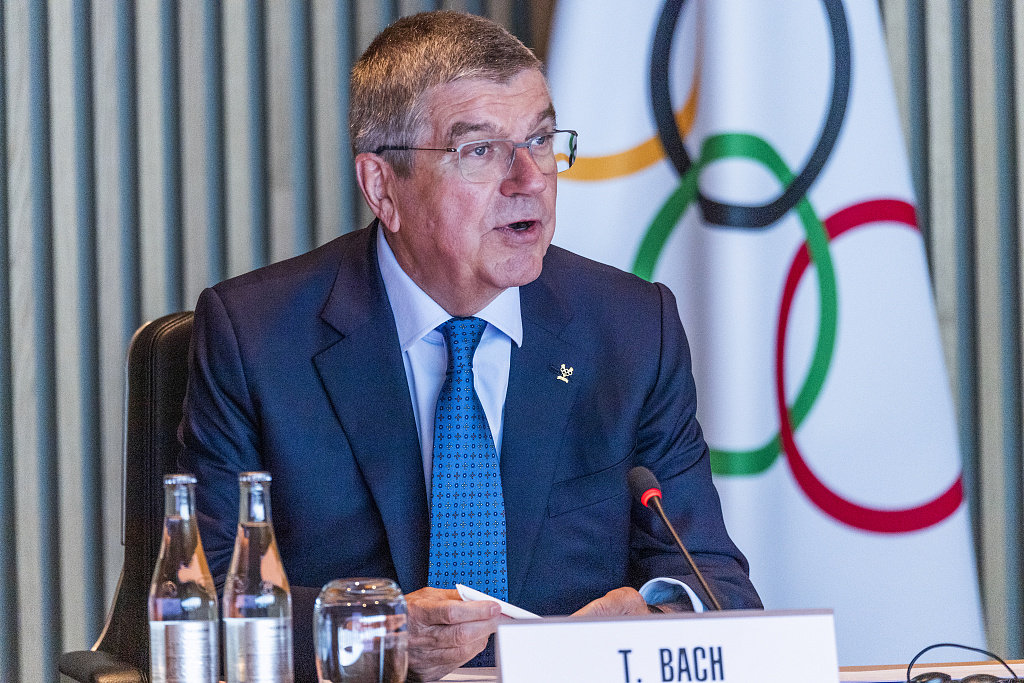 IOC President Thomas Bach has defended pressing on with plans to stage the Tokyo Olympics. /VCG

IOC President Thomas Bach has defended pressing on with plans to stage the Tokyo Olympics. /VCG

Meanwhile, French Sports Minister Roxana Maracineanu pointed out on Monday that if the Tokyo Olympics are postponed to a new date, it would be best to announce that decision as soon as possible

"It is up to the Japanese government and the IOC to take the right decision ... if the games were to be delayed, the decision to delay should be announced as soon as possible as it would reassure all athletes and their coaches in all the countries," she told France Info radio.

Her stance was supported by Dr. Mike Ryan, the top emergencies expert at the World Health Organization (WHO). He said the WHO had advised Olympic and Japanese officials about public health risks and expected a decision "very soon" on Tokyo 2020.

According to a report by Japanese newspaper Sankei Shimbun on Tuesday, the Japanese government is negotiating with the IOC to postpone the Tokyo Olympics by a maximum one year.

A senior Japanese official was quoted as saying that Prime Minister Abe will hold talks over the phone with Bach later on Tuesday.