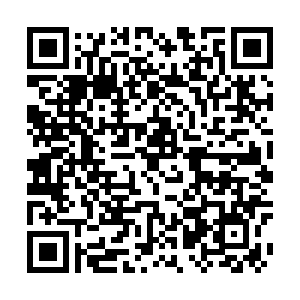 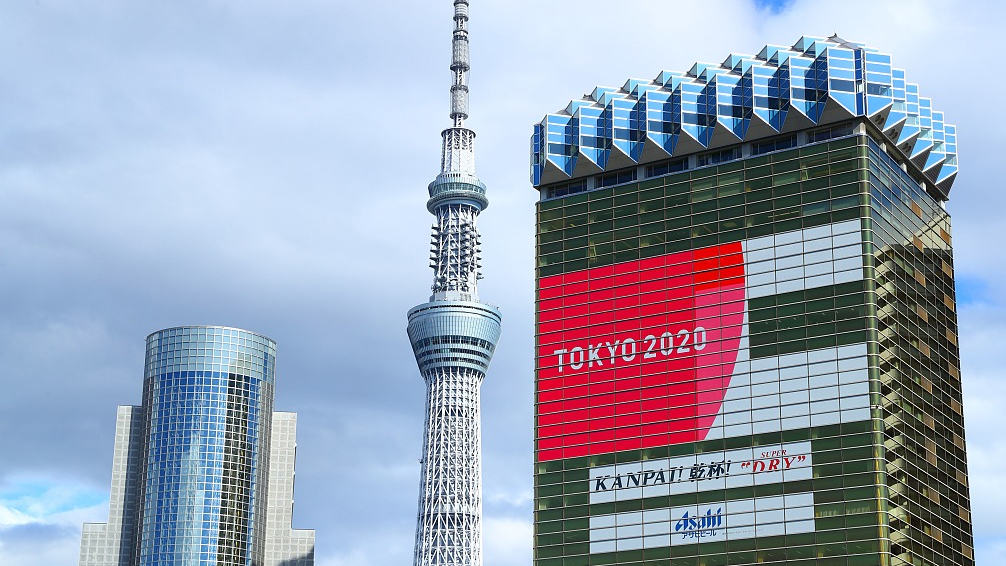 The Japanese government will soon tell the International Olympic Committee (IOC) that it will agree to postpone the Summer Olympics in Tokyo if the Olympic governing body decides to do so, reported Kyodo News on Monday.

Meanwhile, as a precaution against the new coronavirus, Japan's Olympic organizing committee planned to replace the traditional Olympic torch relay with an Olympic flame tour in lanterns until a formal decision over whether to delay the Olympic Games is made, reported public broadcaster NHK.

Japanese Prime Minister Shinzo Abe said Monday that postponing this summer's games was an option if they cannot be held in a "complete form" due to the COVID-19 pandemic.

"If the International Olympic Committee's (IOC) decision means it becomes impossible to hold [the Olympics] in a 'complete form,' as I have previously said, then a decision may have to be made to postpone them," Abe said.

Canada says no athletes at Tokyo Games if not postponed

The Canadian Olympic Committee says it won't send athletes to the Tokyo Games unless they're postponed for a year, becoming the first country to threaten such a move in the face of the coronavirus pandemic.

The committee sent out a statement Sunday evening saying it was willing to help the IOC search for alternatives, but that it was not safe for athletes, "their families and the broader Canadian community for athletes to continue training for these Games."

"In fact, it runs counter to the public health advice which we urge all Canadians to follow."

IOC steps up 'scenario planning,' but cancellation is not on the agenda

Both Abe's remarks to the Japanese parliament and Canadian Olympic Committee's words came after the IOC on Sunday discussed stepping up its "scenario planning" for the Tokyo 2020 Games.

The IOC is considering a postponement of Tokyo 2020, and has given itself a deadline of four weeks to make a decision, according to an IOC statement on its official website.

"To safeguard the health of all involved and to contribute to the containment of COVID-19, the Executive Board (EB) of the IOC today (March 22) announced that the IOC will step up its scenario-planning for the Olympic Games Tokyo 2020," read the statement.

"These scenarios relate to modifying existing operational plans for the Games to go ahead on 24 July 2020, and also for changes to the start date of the Games."

The IOC will start detailed discussions to complete its assessment of the rapid development of the worldwide health situation and its impact on the Olympic Games, including the scenario of postponement.

Also, IOC emphasized that "a cancellation of the Olympic Games Tokyo 2020 would not solve any of the problems or help anybody. Therefore, cancellation is not on the agenda." 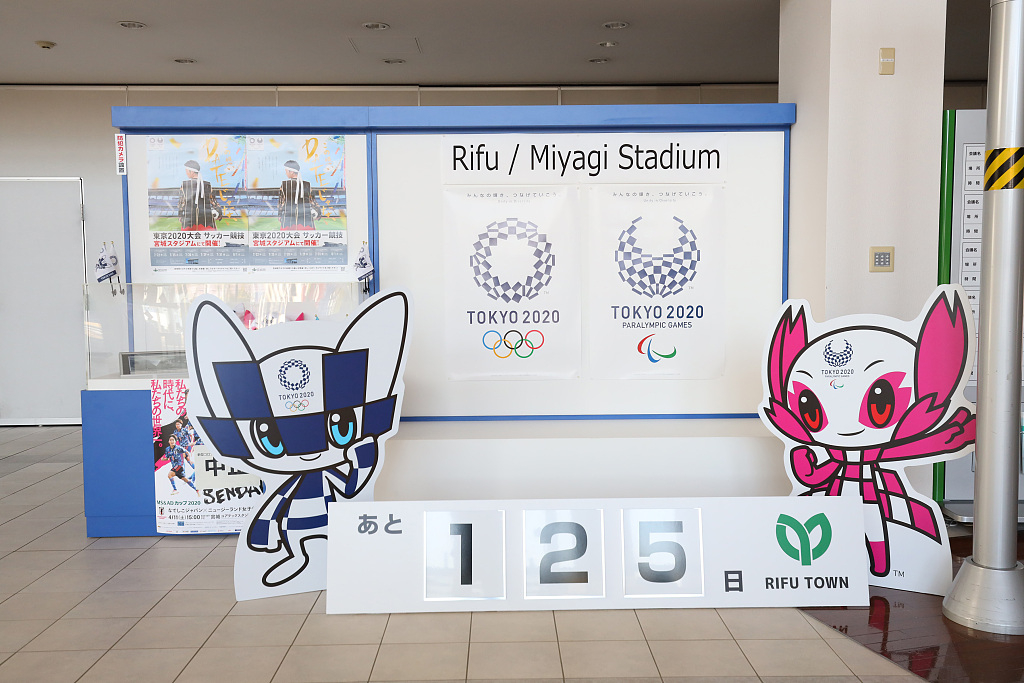 In a letter addressed to athletes on March 22, IOC President Thomas Bach tried to explain IOC's insistence in the past weeks to proceed as planned, saying moving the Games could not happen from one day to the next and many parts had to be looked at.

"Human lives take precedence over everything, including the staging of the Games. The IOC wants to be part of the solution. Therefore we have made it our leading principle to safeguard the health of everyone involved, and to contribute to containing the virus," Bach wrote.

"I think I can feel with those among you who consider the situation to be unsatisfactory," he added.

"I know that this unprecedented situation leaves many of your questions open. I also know this rational approach may not be in line with the emotions many of you have to go through.

"A decision about a postponement today could not determine a new date for the Olympic Games because of the uncertain developments in both directions: an improvement ... in a number of countries ... or a deteriorating situation in other countries." 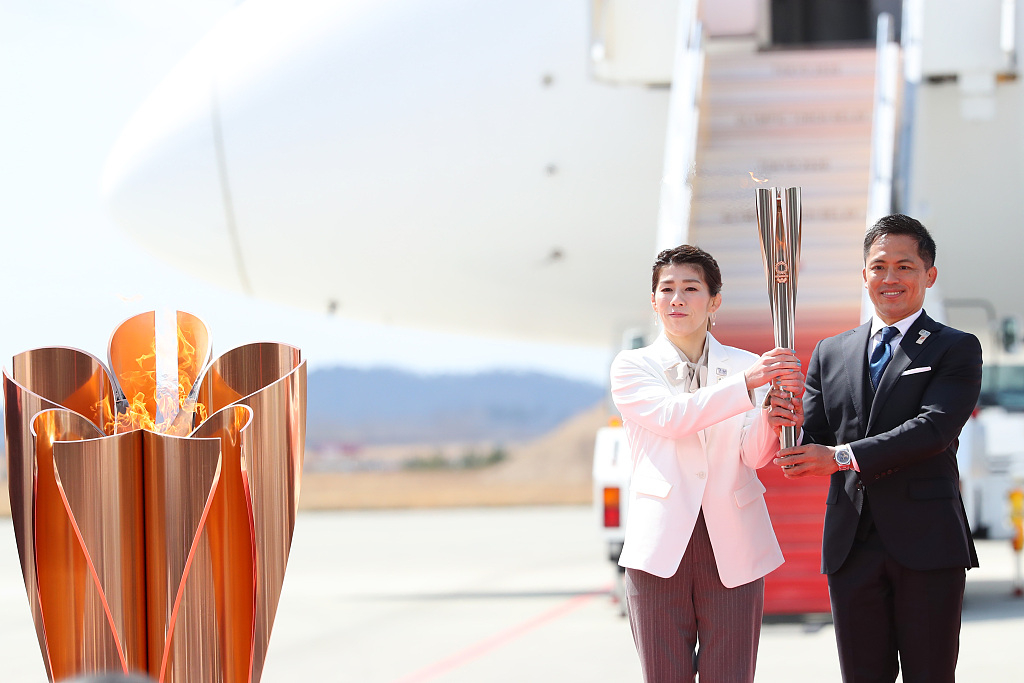 The Olympics has never been postponed or cancelled during peacetime but the IOC's decision to even consider postponement was met with relief from several major stakeholders, including World Athletics, the International Paralympic Committee (IPC) and major national Olympic committees.

The IPC, whose Tokyo Paralympics are set for August 25 to September 6, said the IOC took the right decision under the circumstances.

"The next four weeks will provide time to see if the global health situation improves, while giving a window of opportunity to look into different scenarios should the dates of the Games need to be changed," IPC president Andrew Parsons said.

World Athletics, the sport track and field's world global governing body, said it was ready to work "with the IOC and all sport on an alternative date".

"An Olympic Games in July this year is neither feasible nor desirable," World Athletics' president Sebastian Coe said in a letter to Bach requesting the Games be moved from July. 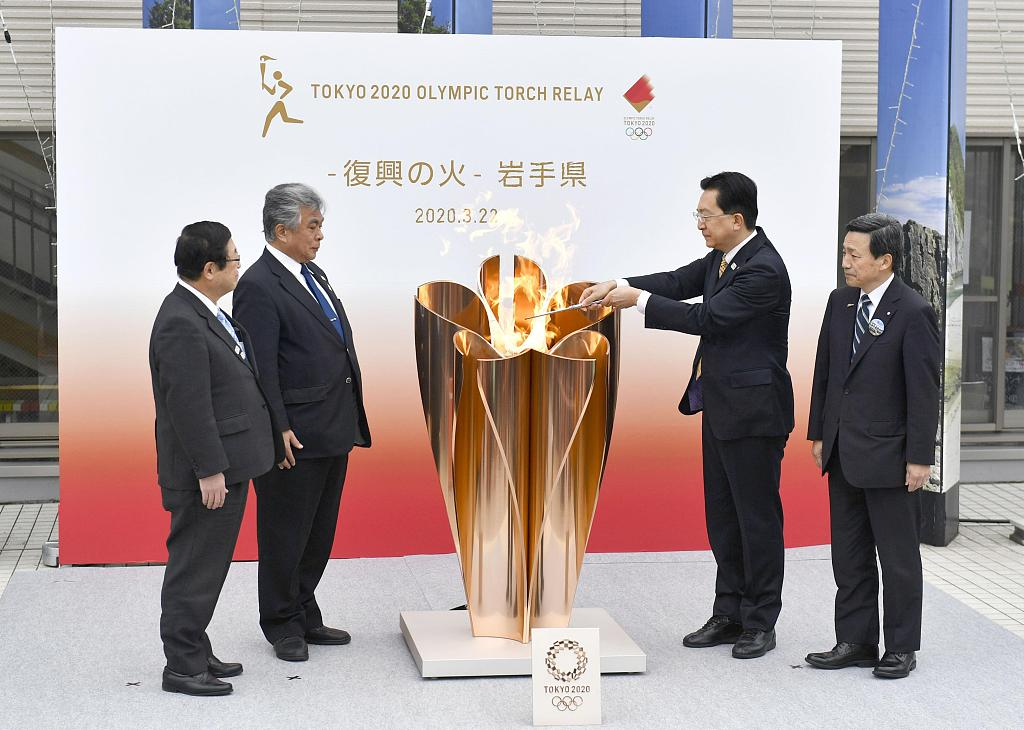 The Tokyo 2020 Olympic Torch arrives in Iwate Prefecture, marking the departure of the flame on a tour of northeastern Japan towns hit hard by the March 2011 earthquake-tsunami disaster, in Japan, March 22, 2020. /VCG

The Tokyo 2020 Olympic Torch arrives in Iwate Prefecture, marking the departure of the flame on a tour of northeastern Japan towns hit hard by the March 2011 earthquake-tsunami disaster, in Japan, March 22, 2020. /VCG

The British Olympic Association said they welcomed the IOC's decision to review the options in respect of a postponement of the Tokyo 2020 Olympic Games.

"However, we urge rapid decision-making for the sake of athletes who still face significant uncertainty," said Hugh Robertson, chairman of British Olympic Association.

"Restrictions now in place have removed the ability of athletes to compete on a level playing field and it simply does not seem appropriate to continue on the present course towards the Olympic Games in the current environment."

The U.S. Olympic and Paralympic Committee (USOPC), which has been supportive of the IOC's wait and see position, expressed a different tone to the latest update saying in a statement it welcomed some clarity but did little to address growing uncertainty and athlete anxiety.

"Having spent countless hours communicating with IOC leadership, our peers around the world, the athletes we serve, we know the difficult obstacles ahead and we are all appreciative that the IOC has heard our concerns and needs, and is working to address them as quickly as possible."