'It's not a Chinese virus,' says head of International Vaccine Institute while calling for global co-op on COVID-19
By Gong Zhe 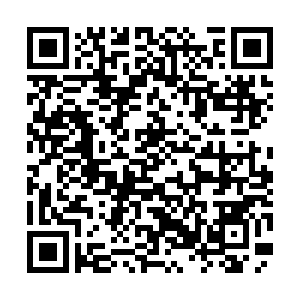 The world should fight the coronavirus together because the virus attacks everyone, said Jerome Kim, head of the International Vaccine Institute (IVI).

"Together we need to find treatments that work. We have to find a vaccine that works," Kim said during an interview with India's NDTV.

Kim was responding to a question about whether Asian people are better immune to the coronavirus.

But it seems that the expert's comments did not sit well with many YouTube users, with many criticizing him for going against U.S. President Donald Trump, who has repeatedly used the misnomer "Chinese virus" to refer to the novel coronavirus.

Kim has used the sentence for a different purpose to emphasize that the virus in China is not different from that in the rest of the world, which means the virus can easily infect anyone like it did in China.

Plenty online are still pointing fingers at China because they think the virus originated in the country.

Though there's no hard proof backing it, many have held this opinion since China was the first country to witness a major outbreak of the new coronavirus.

Some have even gone as far as saying China manufactured the virus in the lab as a bioweapon, which has drawn condemnation and clarifications from many renowned researchers.

Fingers have also been pointed at the U.S., after some discovered that a U.S. army biological lab – Fort Detrick – was shut down not long before the outbreak.

Both claims are not backed by evidence.

Contagious disease experts have maintained that the virus is not man-made.

It's still unknown when and how the virus jumped from animals to humans. It may not matter a lot right now because stopping the pandemic is much more important than finding which country should be blamed.

(Cover photo: Screenshot of Jerome Kim talking with an NDTV host during a live interview.)