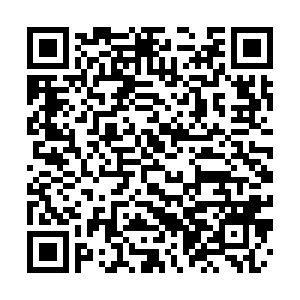 A year ago on the same date, another huge forest fire in Muli, Liangshan Yi Autonomous Prefecture, took place, and this might still linger in people's minds. Why do forest fires frequent this place? 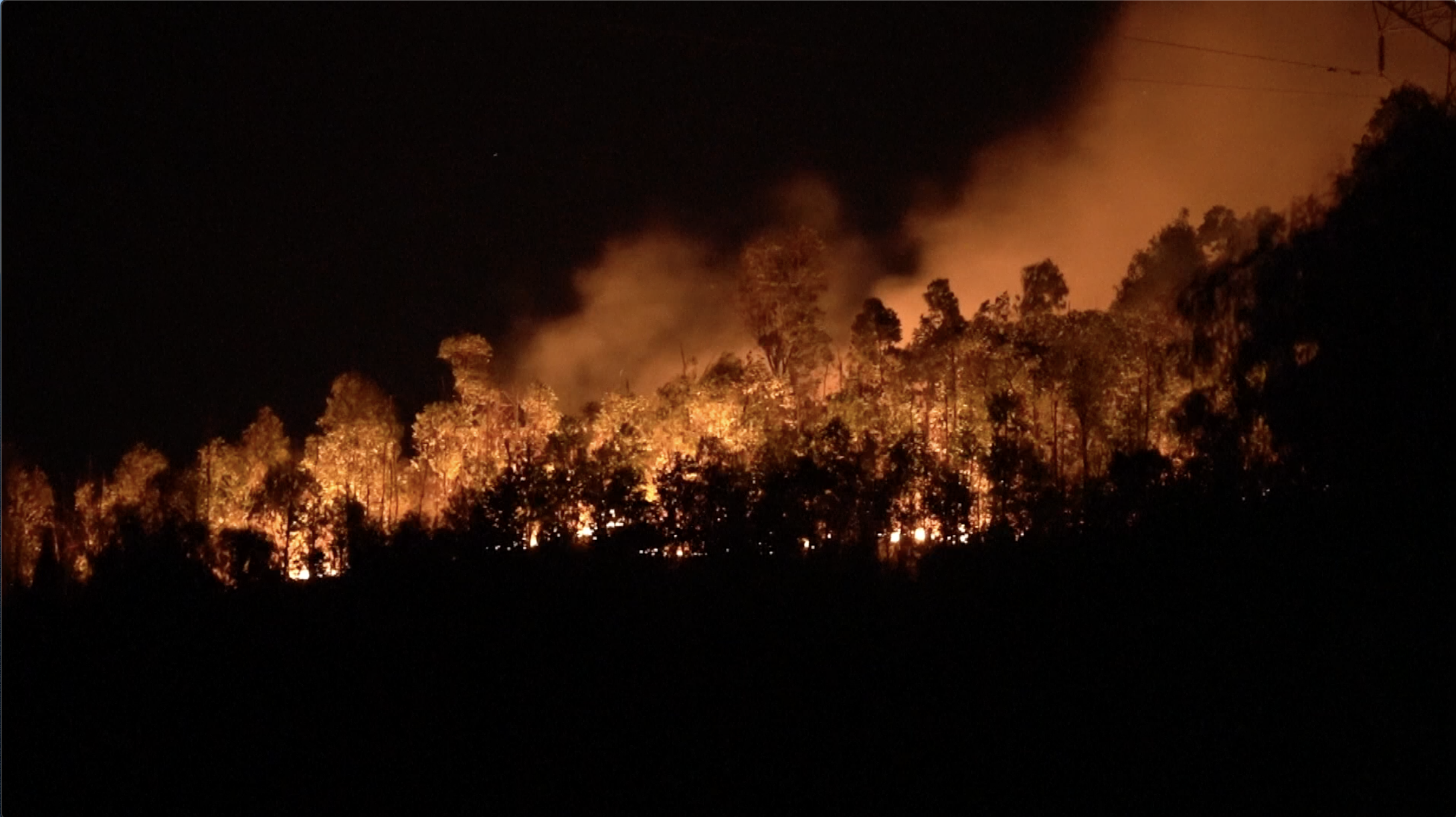 The forest fire in Xichang. /CCTV

The forest fire in Xichang. /CCTV

As of 4:00 p.m. on March 31, over 1,000 hectares of land were affected by the forest fire, of which 80 hectares were damaged. The strong and changeable wind allowed the fire to rapidly spread to Xichang City proper, which is only 20 kilometers away.

The situation was especially dangerous because the fire took place in Lushan National Scenic Area with many important facilities nearby, including a liquefied petroleum gas storage and distribution station with a storage capacity of 250 tonnes, two gas stations, four schools, two cultural heritage sites, and Xichang's largest warehouse. 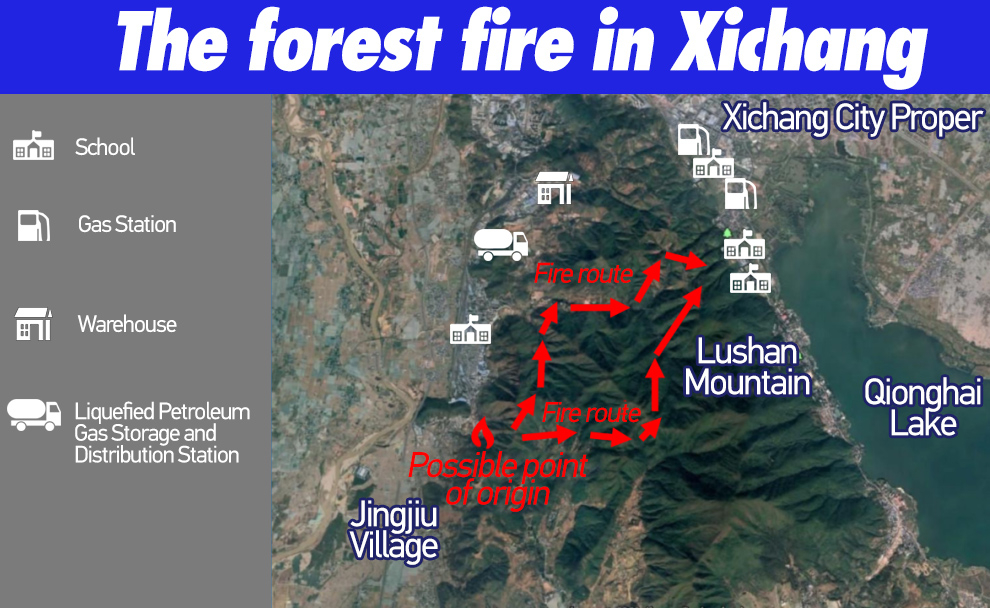 Important facilities near the forest fire in Xichang. /CGTN Graphic by Li Yueyun

Important facilities near the forest fire in Xichang. /CGTN Graphic by Li Yueyun

So far, 2,044 people have been deployed to put out the blaze. A total of 18,152 people in three towns nearby have been evacuated. According to the satellite monitoring of the China Meteorological Administration, the area affected by the forest fire in Xichang has been gradually decreasing since 0:00 a.m. on March 31. There may be rain from April 6-8, but before then the weather will mainly be sunny or cloudy, according to the Sichuan meteorological station.

What are causes of this year's forest fire?

Last year, the origin of the blaze in Muli was said to be a 18-meter-tall Yunnan pine hit by lightning. In terms of this year's forest fire, Daying Farm was initially considered to be the starting place, but the exact cause is still under investigation.

To develop into such a huge forest fire, there are three key factors that contributed to its rapid development.

First, the weather conditions. According to a press conference in Xichang on Tuesday, there has been no rain for 20 consecutive days in Xichang City, with the highest temperature on Monday rising to 31.2 degrees Celsius, which provide favorable conditions for forest fires. The gale with a speed of up to 20 meters per second also accelerates the further burning.

Second, readily available combustible materials or things to be burned. The burned area in Xichang is mainly forest land. Spring is the time for trees to grow. There is also a rich humus soil layer made up of fallen leaves and dead plants on the forest floor, with a depth of about two meters in some areas. Abundant combustible materials make the blaze hard to put out.

Third, the topographic conditions. The landscape in Liangshan Yi Autonomous Prefecture is quite complex. Fire engines usually can't reach the frontier of the forest fire. When firefighters arrive at the scene after climbing several hours, the fire has already been raging. The average altitude between 2,000 to 3,500 meters here also makes the task more difficult. 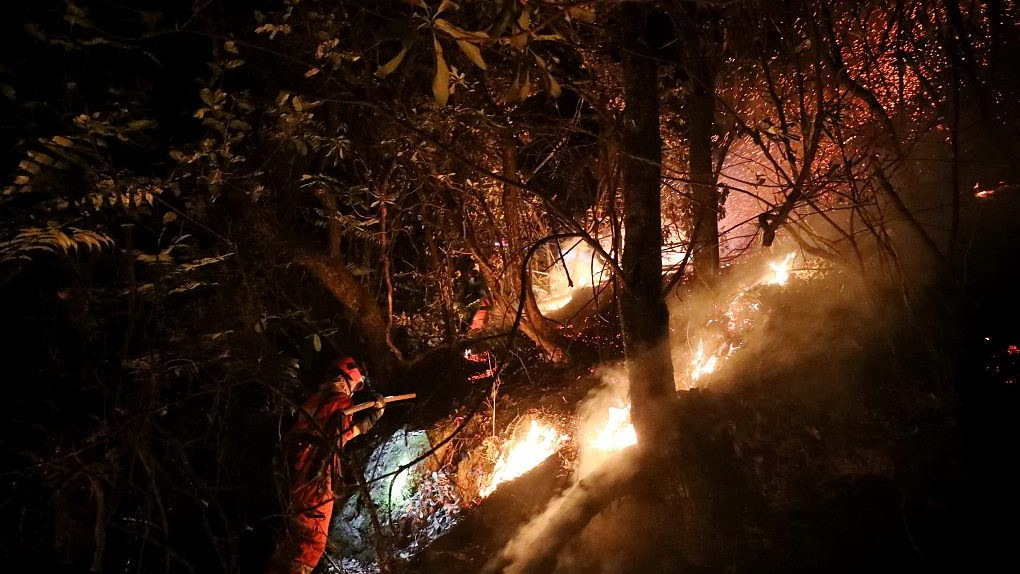 Why do forest fires frequent Liangshan?

After years of afforestation and forest conservation, the forest coverage rate in Liangshan Yi Autonomous Prefecture is 45.5 percent. The lush vegetation also means the existence of abundant combustible materials. The main tree species here, the Yunnan pine, is rich in turpentine and has a low burning point, which means it is susceptible to catching fire.

Piles of fallen leaves and branches on the forest floor not only make bountiful humus soil, but also release flammable gas. Once they touch the flames, the fire can rapidly spread.

What's more perilous and worth noting is the "eruptive fire," warned Liu Naian, deputy director of the State Key Laboratory of Fire Science. The typical landforms in Liangshan Yi Autonomous Prefecture are steep slopes and canyons. The eruptive fire frequently takes place at the bottom of a valley.

Although 95 percent of forest fires are surface fires which burn slowly, rare eruptive fires are much more dangerous. They would burn more intensely and quickly spread in less than a minute, which leaves no time for people to react. 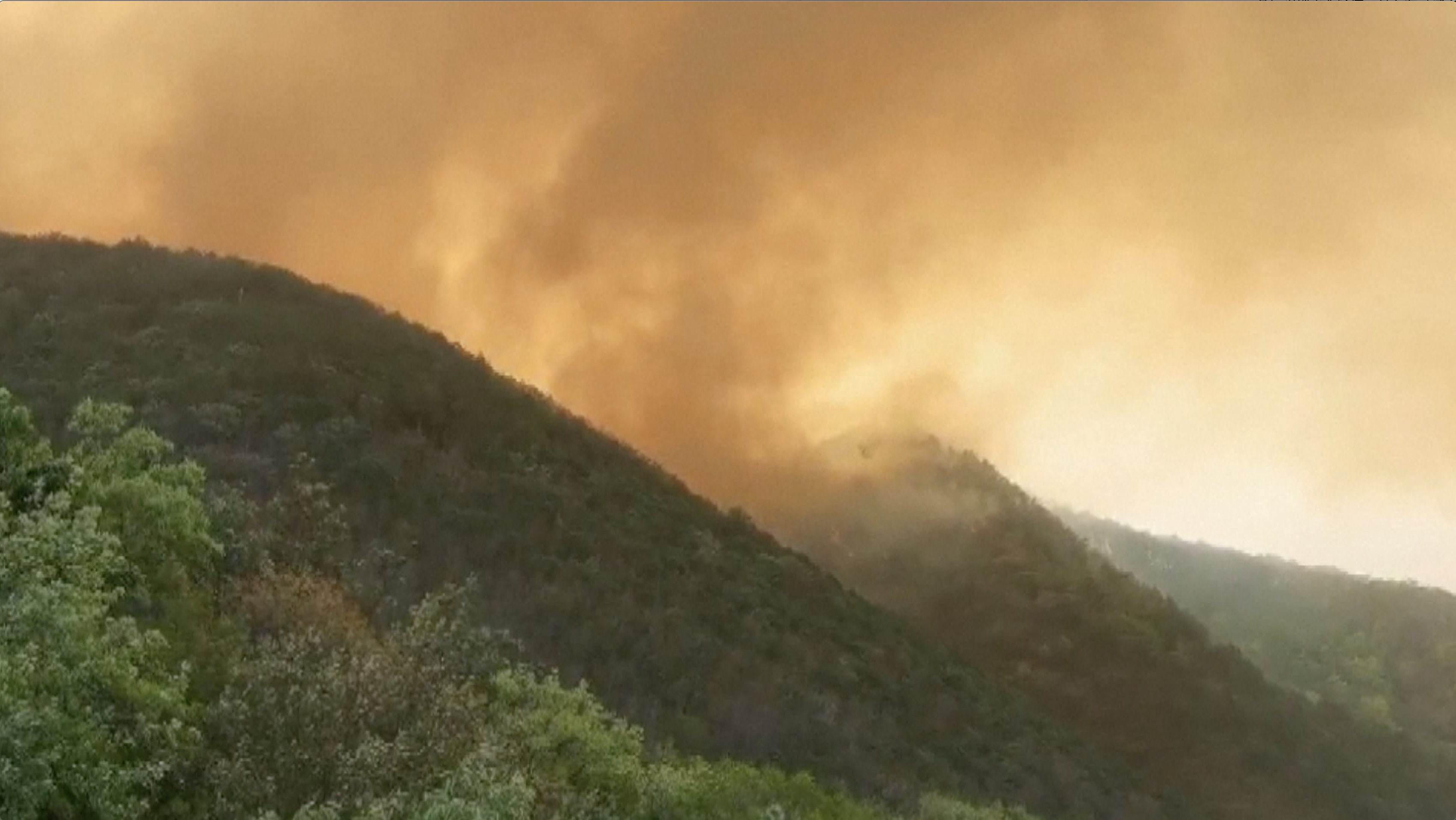 The forest in Xichang is engulfed by heavy smoke. /CCTV

The forest in Xichang is engulfed by heavy smoke. /CCTV

What can people do to prevent fires?

Despite all the favorable conditions listed above for a tiny spark to develop into a burning flame, the spark itself is the key to forest fire prevention.

According to the Ministry of Emergency Management, 97 percent of forest and grassland fires from 2010 to 2019 are caused by humans, such as burning papers for the deceased and burning straw for agricultural use.

Although humans cannot control the 3 percent of forest fires caused by lightening like Muli forest fire, we can at least not bring kindling into the forest, in order to prevent the tragedy from happening again.