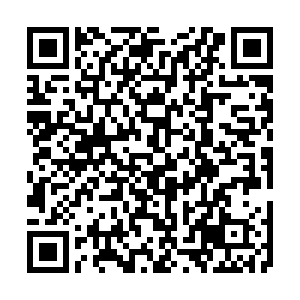 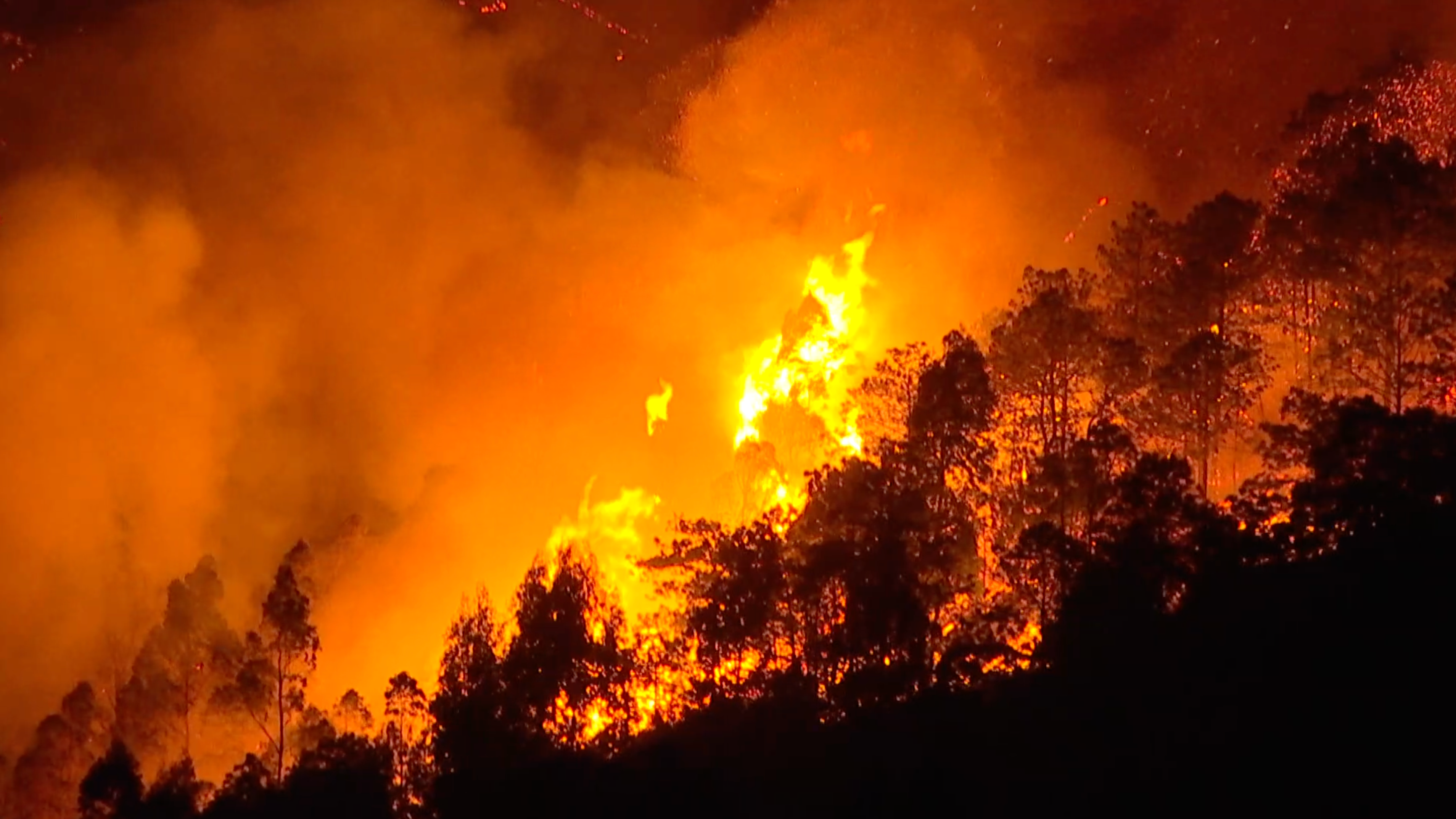 Firefighters are still working around the clock to put out the blazes in Xichang City, southwest China's Sichuan Province, as the fire continues to rage.

New blazes began to flare up on Wednesday night on Lushan Mountain and spread quickly toward the downtown area, putting some important facilities in peril, including gas stations, several schools and a winery. A centuries-old temple and a museum on the mountain were also threatened. 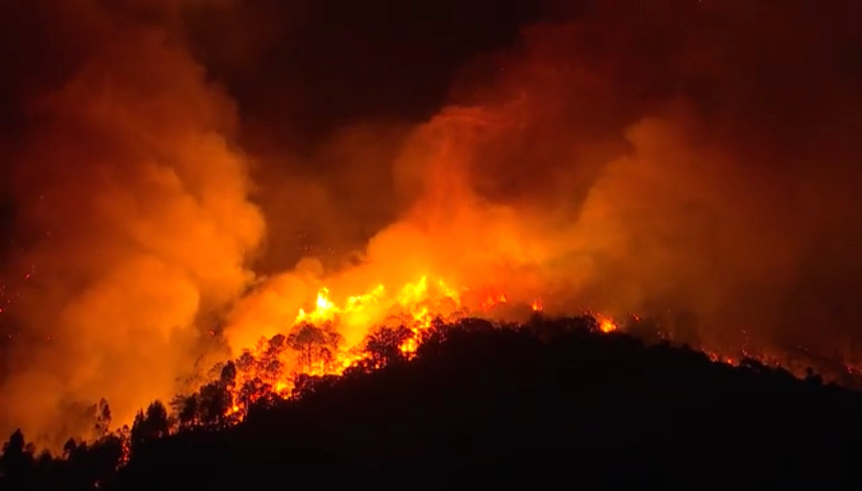 The forest fire broke out on Monday afternoon. With the unrelenting effort of thousands of firefighters and the deployment of different kinds of equipment, most of the blazes were put out by Wednesday afternoon. The dry weather and strong winds are believed to be the main factors that have made the situation extremely complicated.

"The biggest challenges we face now are the strong winds and high temperatures. Also, the mountains are steep for firemen to climb up," Liu Bo, an official of the Xichang City government who works as a member of the rescue headquarters, told CGTN.

Despite the difficulties, local government still aims to extinguish all the flames on Thursday.

To prevent secondary disasters from happening, several hundred firefighters have also been put on standby around the city's key facilities, including oil depots, gas stations and schools. More than 25,000 residents living nearby have been evacuated.

"The consequences would be unthinkable if it explodes. Upon arrival, we immediately divide our crew into several teams with different tasks," said Fan Xiaolin, a firefighter who guards an oil depot with some 30,000 cubic meters in stock. 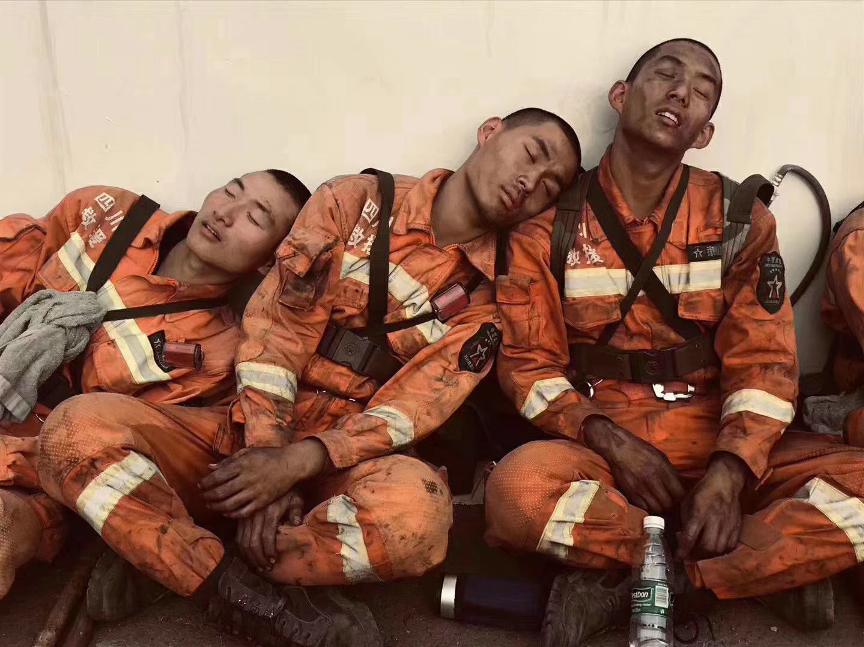 The fire has taken the lives of 19 people, including 18 firemen. The bodies of the victims have been sent to the city's funeral parlor, where a special mourning hall has been set up for the public to express condolences.

"I couldn't help but cry. I am heartbroken. Most of them were just in their thirties. They are like my own kids," said Zuo Feng, a local resident who went to pay tribute to the victims.

"We don't need heroes. We just hope the firefighters can return safe and sound," she added. 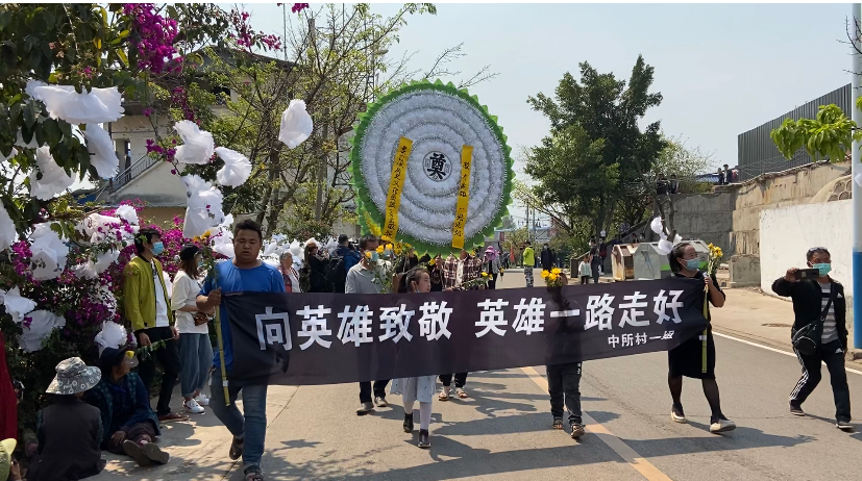 Local residents go to the city’s funeral parlor to express condolences to the 19 victims. Yang Jinghao/CGTN

Local residents go to the city’s funeral parlor to express condolences to the 19 victims. Yang Jinghao/CGTN

Another three firefighters suffered burns of varying degrees. They are receiving medical treatment and are said to be in stable condition.

Xichang is the capital of Liangshan Yi Autonomous Prefecture, which is densely covered by vegetation. Wildfires have frequently struck this area in recent years. Last year, a fire caused by lightning took the lives of 30 people, including 27 firefighters.

"Combustion depends on three factors – temperature, fuel loads and ignition source. The fuel loads in this region are large. The vegetation here is mainly flammable pine trees," said Liu Bo, an engineer with the Sichuan Forestry and Grassland Survey and Planning Institute. "Plus, the weather here is very hot and dry."

Authorities earlier considered artificial rainfall as an option to fight the blaze, but no proper weather conditions have been available so far.

Why are forest fires frequent in southwest China's Liangshan?