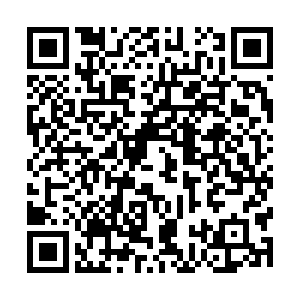 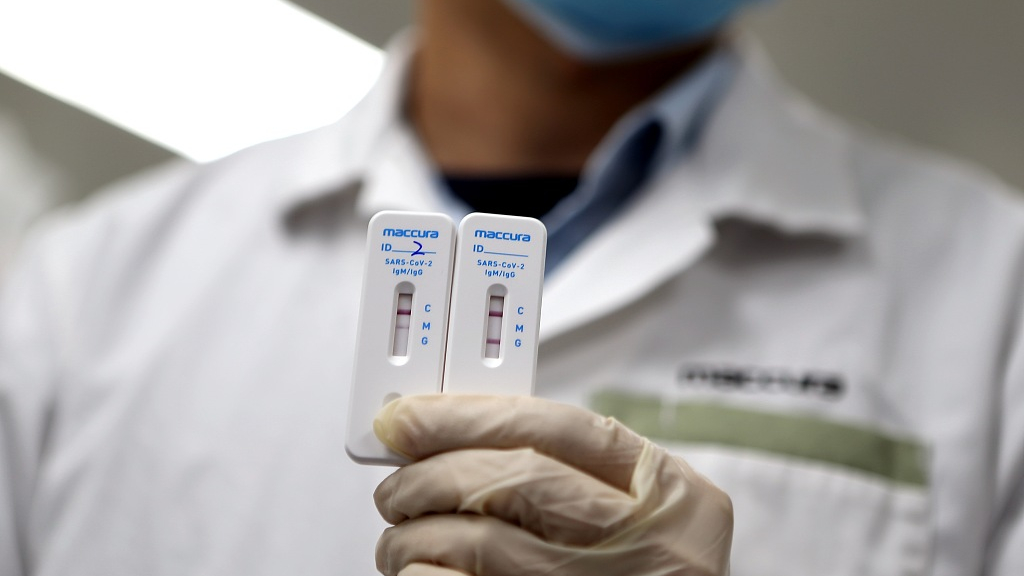 A post from a U.S. pediatric emergency medicine physician revealing he tested positive for novel coronavirus antibodies has stirred up wide discussions on Twitter in the last two days.

The positive antibody test result suggests he had the novel coronavirus months before he even realized.

Dr Peter Antevy, who works for a hospital in South Florida, wrote on his Twitter account, saying he had developed a severe flu-like illness in the first week of January and almost went to seek help.

Antevy checked his COVID-19 antibody status on April 3, and the results came back positive, indicating that he had a past infection. 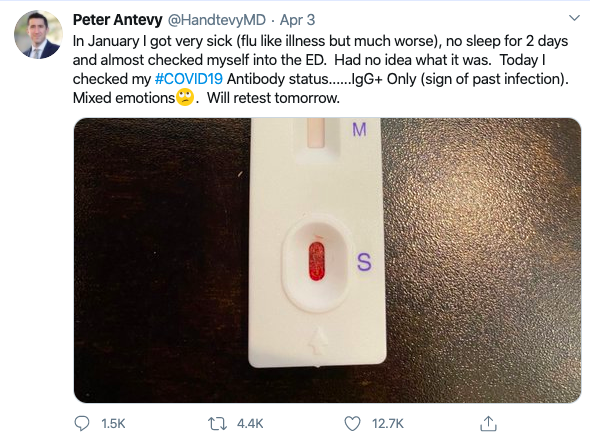 Comments in Antevy's post revealed similar situations around the country. Hundreds of users replied to his post, claiming horrible symptoms they had developed in the past several months before the first COVID-19 patient was identified on January 21.

People are now questioning whether the virus was widespread before everyone knew about it and wondering how many people have had it already. 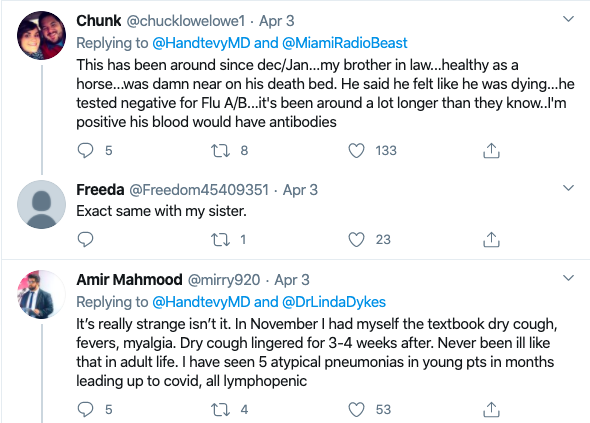 During the House Oversight Committee discussion on the novel coronavirus response in March, the director of the U.S. Centers for Disease Control and Prevention also mentioned some flu deaths in the U.S. were actually COVID-19 patients. But hospitals just failed to test them.

Identifying COVID-19 antibodies is very important in helping doctors determine how widely the virus has spread and identify who has developed an immune response. Test results will also help scientists in vaccine development.

The U.S. Food and Drug Administration (FDA) on Friday issued its first emergency use authorization for the COVID-19 antibody test, a serology test that can identity past infections but might be less effective on recent ones.

Since it usually takes three to five days for the body to develop antibodies after infection, the results previously were not suggested by the FDA as the criteria to definitively diagnose coronavirus.

Speculations around the exact time the novel coronavirus has circulated in each country are everywhere. Italy, the U.S., Britain, Brazil and many other countries all have reported strange pneumonia cases in December, November, and even in late October.

"The World Health Organization (WHO) should take the lead in calling for IgG antibody test in earlier patients with suspected symptoms to confirm whether they have been infected with the novel coronavirus," Yang Zhanqiu, a professor with the Institute of Medical Viruses at Wuhan University, told the Global Times.

Yang believes, theoretically, it's not difficult to find the answer since a serum sample test from the then patients with suspected symptoms can tell.

The problem is that he doesn't know whether hospitals have kept samples that could be tested.

"That's why I suggest the WHO should take the lead to call on the test on early suspect cases," Yang said.

(Cover: At the time of publication, Antevy had posted his second, positive, third, negative, and fourth, negative results for COVID-19 antibodies on his Twitter account. /VCG)