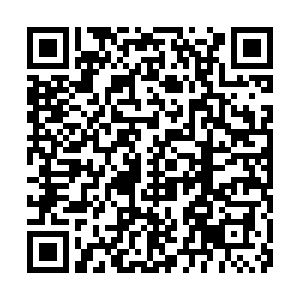 Nearly 75 percent of Chinese people support the decision by the southern city of Shenzhen to ban the consumption of dog meat as policymakers signal a possible end to the controversial practice in the wake of the coronavirus outbreak.

An online poll by Hong Kong-based news website ifeng.com about the ban in Shenzhen, the first Chinese city to introduce such a measure, attracted 378 million votes by April 6.

Over 282 million people, or around 74.6 percent of all respondents, said they support the new regulation, while 94.8 million said they are against it.

Shenzhen announced on March 31 that consumption of dog meat will be outlawed starting May 1. The decision was made amid a nationwide crackdown on wildlife trade and game meat consumption following the outbreak of the new coronavirus.

The virus was initially linked to a market in the central Chinese city of Wuhan where some vendors were illegally selling meat of exotic animals. Although scientists later cast doubt over the connection between the wet market and the new coronavirus, the outbreak put the consumption of wildlife under the spotlight. The central government moved to temporarily suspend wildlife breeding, trade and consumption amid the epidemic, and policymakers got to work drawing up new plans to regulate the sector.

Dog meat consumption, while not widespread in China remains a bone of contention, especially in June when the Lychee and Dog Meat Festival is held in the city of Yulin, south China's Guangxi Zhuang Autonomous Region, to mark the summer solstice.

The COVID-19 outbreak has given more ammo to opponents of the contended practice, which supporters label as "tradition," and in an unprecedented move that could spell the end of the custom, China's Ministry of Agriculture and Rural Affairs earlier this week said dogs "will not be regulated as livestock" in a draft proposal. The reclassification, for which authorities are soliciting public opinion, is part of new guidelines to define what animals qualify as livestock species and hence can be bred for consumption.

Supporters of Shenzhen's restriction on eating dog meat left a variety of reasons in the comments section below the questionnaire to argue their opinions.

Some said they're guided by ethical reasons since dogs are companion animals and thus should not be eaten. Others noted the public health dimension, since the dog meat industry today is operating largely illegally and relies on stealing domestic dogs and catching wild dogs, which would pose public health risks, like spreading viruses. And a third group drew on other countries' bans, maintaining that such controls are a sign of a more civilized society.

In January, Gao Guan, deputy general secretary of the China Meat Association, said during an interview with Chinese broadcaster CCTV that "dog meat" is a sham, echoing concerns that the flesh comes through illegal and unsafe channels.

Opponents of the ban are reportedly enterprises that sell dog meat and individuals who believe that it's their right to consume what they want.

Following Shenzhen's ban, a company in east China's Jiangsu Province said on WeChat, a Chinese messaging app, that consuming dog meat is a way to show pride in the traditional culture, despite the fact that many countries are against it.

The questionnaire also stirred a broader debate about where the ethical line on meat consumption in general is drawn, with some arguing that other animals like rabbits, pigs and cows, much like dogs, also don't deserve to be killed for human consumption.

New livestock and poultry list up for public opinion consultation