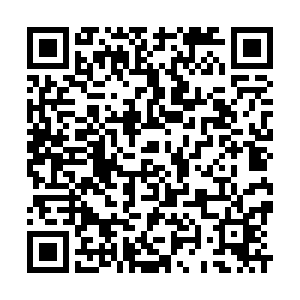 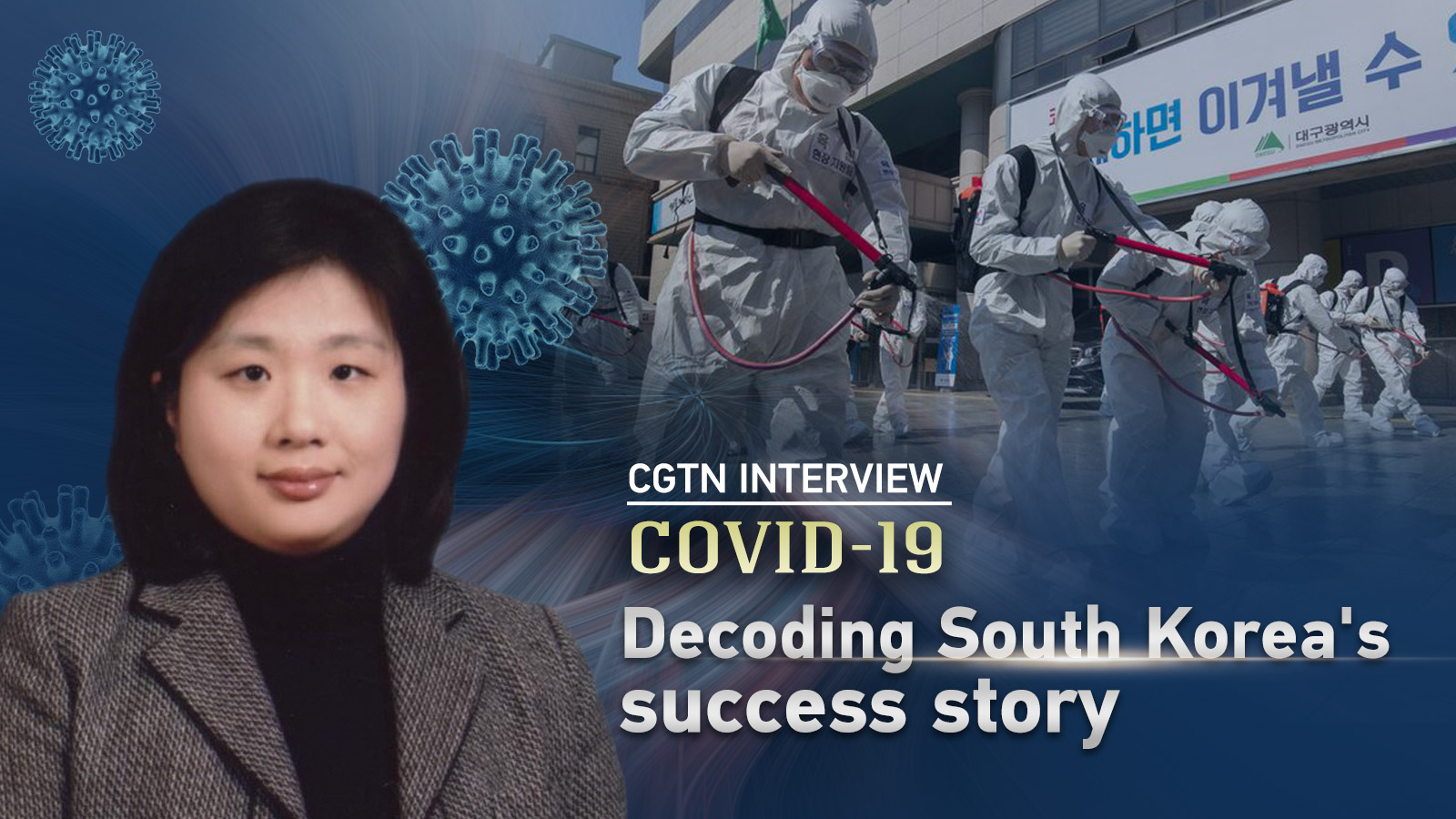 China's "great efforts" at the early stages of the COVID-19 outbreak in Wuhan was among the factors that shaped South Korea's containment strategy, while Beijing's prompt sharing of the novel coronavirus genome sequencing was useful in the development of the Korean testing kits, a top South Korean official told CGTN Digital.

The official also emphasized that the lessons South Korea learnt from the MERS outbreak in 2015 were key in the country's preparedness and building capacities to efficiently deal with the latest pandemic. South Korea's success in suppressing the outbreak without a lockdown has been lauded globally with many countries trying to emulate the "South Korean" model and Korean testing kits are in huge demand, particularly in the U.S. and Europe, which are the worst hit by the global pandemic.

"From China's experience, we could decide on the right measures that could be implemented in Korea. Not the same, but the more suitable and efficient ones under our circumstances. I think China's great job let us to know in advance how to prevent and contain COVID-19," Seon Kui Lee, Director of the Division of Risk Assessment and International Cooperation at Korea Centers for Disease Control and Prevention (KCDC), told CGTN Digital in an exclusive video interview from Seoul via Skype.

Praising Beijing's early containment efforts, Lee noted that the outbreak situation in China was quite different from other countries. "They had to fight against the newly emerging disease from novel coronavirus. When they found that human-to-human transmission is significant, the lockdown of Wuhan became inevitable."

South Korea was among the first countries outside China to have seen an explosion of COVID-19 cases, but through its strategy of aggressive testing and contact tracing, the East Asian country was able to flatten the curve of the outbreak rather swiftly and efficiently.

Lee said that the relatively fast expansion of testing capacity in her country was made possible due to active collaboration between governments, academia and private sectors but also due to the expeditious availability of the novel coronavirus genome sequence from China. Beijing had shared this information with the World Health Organization and the international community on January 12.

"KCDC quickly developed a test and disclosed it. Actually, we could develop this testing kit from the DNA (genome) sequence shared by Chinese government," the Korean official remarked.

"Based on this information, a [Korean] company developed and produced diagnostic reagent in private sector. Upon evaluation by government and academic experts, the reagent was granted emergency use authorization by the Ministry of Food and Drug Safety very fast. Testing facilities across the nation then began using the test," she elucidated. 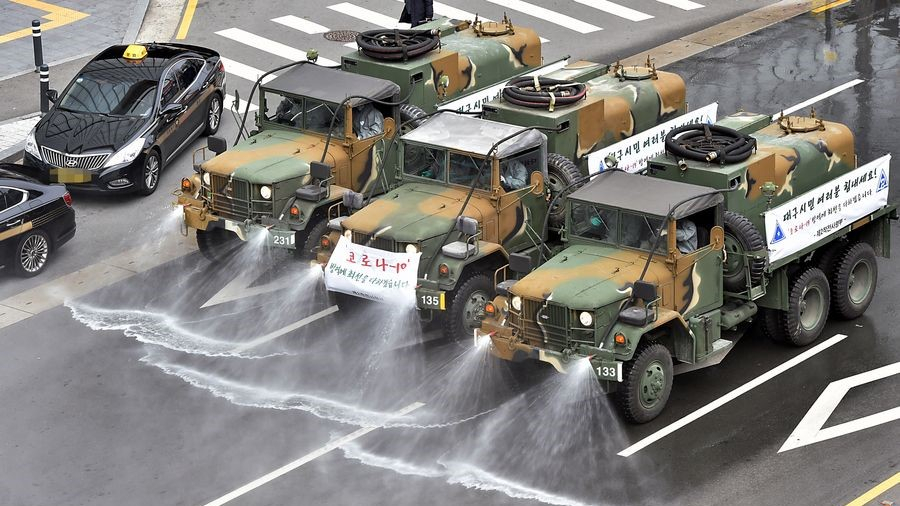 Explaining in details the prevention-control strategy that is being dubbed the "South Korean model," Lee said: "We concentrated on early detection by massive testing and rapid case finding as well as active contact tracing, which was followed by early isolation and quarantine to stop the further spread by blocking the epidemiology link."

"In addition to these containment measures, when we had this big cluster related outbreak, the enhanced nation-wide social distancing campaign also slowed down the locally acquired infection," she added.

The Korean official emphasized that most of these prevention and suppression measures were derived from South Korea's experience during the MERS outbreak in 2015.

"Actually, all the strategies that I have explained earlier are from lessons that we learned during the MERS outbreak. Since 2016, Korean government reformed the Public Health Emergency Preparedness and Response system and also invested to develop the system such as Emergency Operations Centers as well IT-related system," she elaborated

Lee counted public participation and their compliance to these measures along with the efforts of doctors and healthcare providers as vital part of the South Korean success story.

"Moreover, due to the MERS experience, our people were already aware of how they can deal with the situation. That's why public compliance was very high," she noted, adding that this was the reason why the country didn't have to impose a lockdown or strict public restrictions.

No single strategy, threat of a second wave, and the new normal 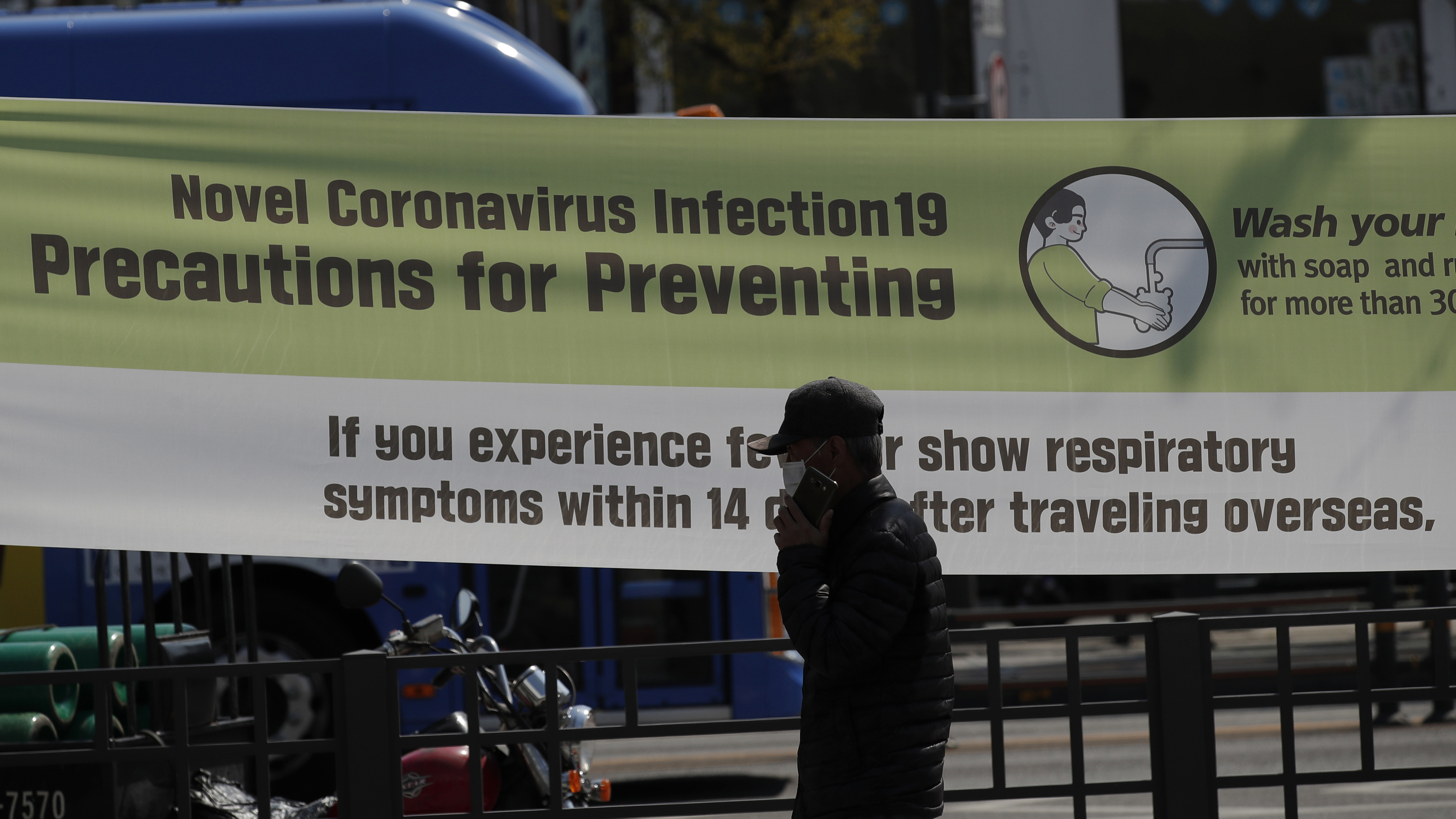 A man walks near a banner showing precautions against the new coronavirus at a park in Seoul, South Korea, April 9, 2020. /AP

A man walks near a banner showing precautions against the new coronavirus at a park in Seoul, South Korea, April 9, 2020. /AP

Lee, however, acknowledged that identical strategy may not work in all countries due to varying degree of resources and population etc. "If you have limited resources, you need to prioritize who would get tested and treated first," she advised.

"You should evaluate the risks in your country very carefully and find out the high-risk groups and vulnerable groups. Then, you have to take any containment measures to them at first. Also, you have to clarify case definition for testing in priority," she added.

Lee insisted though that in addition to testing, contact tracing is extremely important. "Early finding and early quarantine would be much more effective to prevent the spread. You can also consider alternative testing methods, but you have to be very careful of using them since their accuracy and sensitivity are not quite reliable yet," she said, while encouraging global cooperation in improving the testing methodology.

In recent weeks though, there have been an increase in the number of COVID-19 re-infection cases in some countries. Last Friday, South Korea reported 91 patients, previously thought cured of the virus, had tested positive again. Such sporadic reports have stirred concerns of a second wave of outbreak, with the World Health Organization (WHO) saying last Saturday it is looking into the matter.

Lee said South Korea has initiated an investigation of its own and not ruling out any possibilities.

"Even if we have managed to control the overall situation in Korea, there are still ongoing sporadic cases. Even if we completely eradicate the virus in the country, the world is interconnected and there's always a risk of importation and subsequent spread. I think China also has the same situation," she remarked, adding that this is why it is so difficult to predict when will it all be over.

Also, unless there is an effective vaccine or treatment, life would not be the same as we knew before COVID-19. "We should be prepared to adjust to a new normal. It may be bit restrictive and inconvenient but also much more preventive and protective from COVID-19… This might also decrease the chances of us catching other infectious diseases. That's a positive take," she concluded.