Graphics: How is the coronavirus outbreak reshaping China's tourism market?
By Zhao Hong 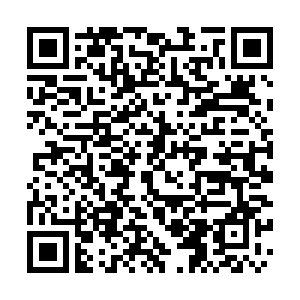 As an important part of the tertiary industry, tourism has been among the first to suffer heavy losses due to the novel coronavirus outbreak. In China, tourism contributes 11 percent of GDP, and the number of people who work in this or related area exceeds 100 million.

The China Tourism Academy predicted in February that domestic visits would decline by 56 percent in the first quarter and 15.5 percent in the whole year, and revenue by 69 percent and 20.6 percent respectively.

The travel boom, which was expected during the Chinese Spring Festival in late January, came to a screeching halt because of the outbreak. As a result, many tourism businesses felt immediate ramifications, with some shutting down completely.

Outbound tourism remains stagnant as the disease is spreading all over the world. Meanwhile, short-range tours are the first to be back on track as situation improves in China.

Starting from mid-March, more companies including those in the tourism business resumed operation.

A report by Mafengwo, a popular travel website in China, shows that many tourist attractions regained more visits starting from March 18, and that many people took road trips on the weekend.

In the three-day break for the Chinese traditional Tomb Sweeping Day, which started on April 4 and was the first holiday after the virus-hit Spring Festival, many people chose to make an excursion to nearby tourist attractions.

According to a report by China Tourism Academy, more than 43 million domestic tourism visits were made in China during the Tomb Sweeping break, a little over one-third of last year's figure, and they generated eight billion yuan (1.1 billion U.S. dollars), one-sixth of last year's revenue. 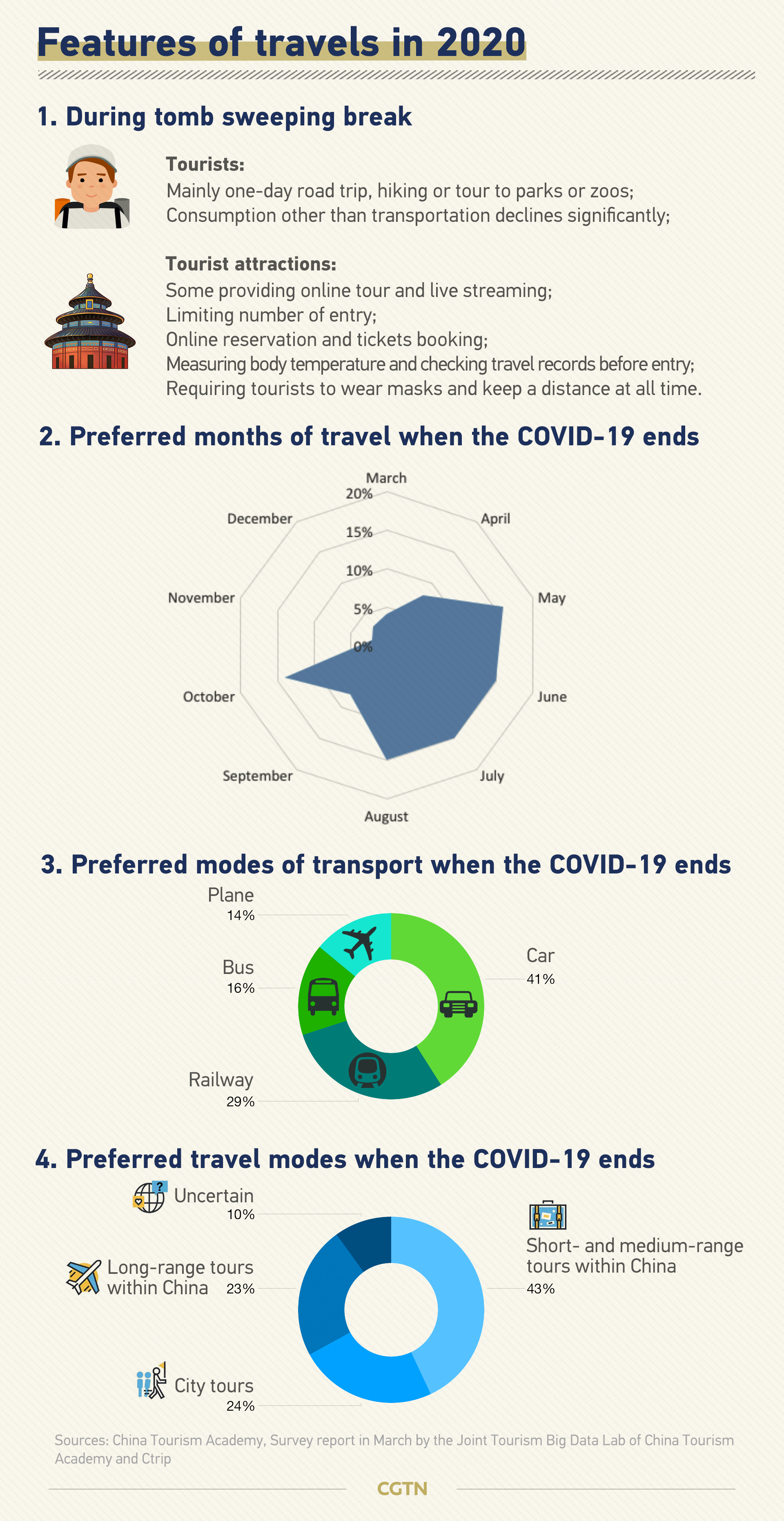 Most people chose to make a one-day road trip to nearby scenic spots to enjoy the natural beauty of the spring. Tourist attractions open to the public are strict on entry, requiring body temperature checks and limiting the number of tourists.

At the same time, the hotel business also ushered in the first small peak after the epidemic. "Contactless service" became trendy. On the other side, the downturn in the airline business remains, as it takes more time for the medium and long-range travel market to recover.

A survey conducted last month jointly by China Tourism Academy and Ctrip, China's largest online travel platform, reveals that most people (61 percent) expressed willingness to travel in May to August, once the coronavirus is under control.

Chinese tourists still willing to travel after the epidemic: Report

Chinese people have had three days off for May 1 Labor Day since 2008. Last year, this holiday was extended to four days and this year to five.

The extended holiday will encourage people to plan longer trips and spend more. With one more day off, both domestic visits and revenues of tourism increased around one third in 2019. Longer inter-city or inter-province tours are expected with the five-day break in the coming holiday.

Usually, profit generated during Spring Festival, Tomb Sweeping break and May 1 Labor Day holiday add up to about 10 percent of the whole year. But it'll be hard to make up for lost ground this year. 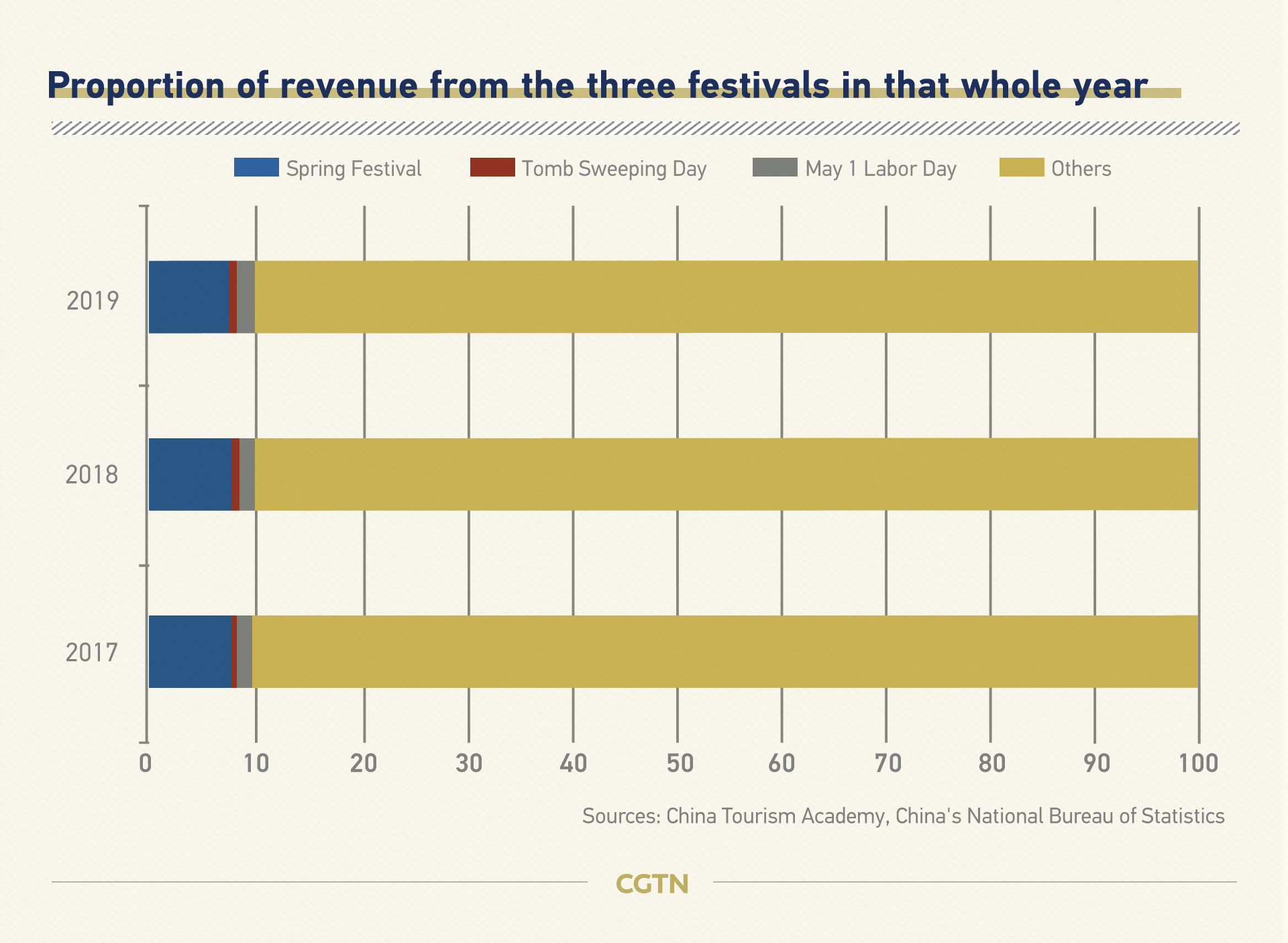 Tourism has been included as a priority in recovery plans and actions.

Measures at the national level include tax cuts and financial support.

Areas largely dependent on tourism are making out every effort. For example, Hainan Province plans to launch an international tourism festival as soon as the COVID-19 is contained, and supports tourist companies in rent and fees cuts.

Shaanxi Province, where the Terracotta Warriors and many other historical landmarks are situated, is guiding the tourism recovery by taking an outside-in approach. They will first begin with outdoor attractions before moving to indoor ones, and are first planning for short travel itineraries before extending them. 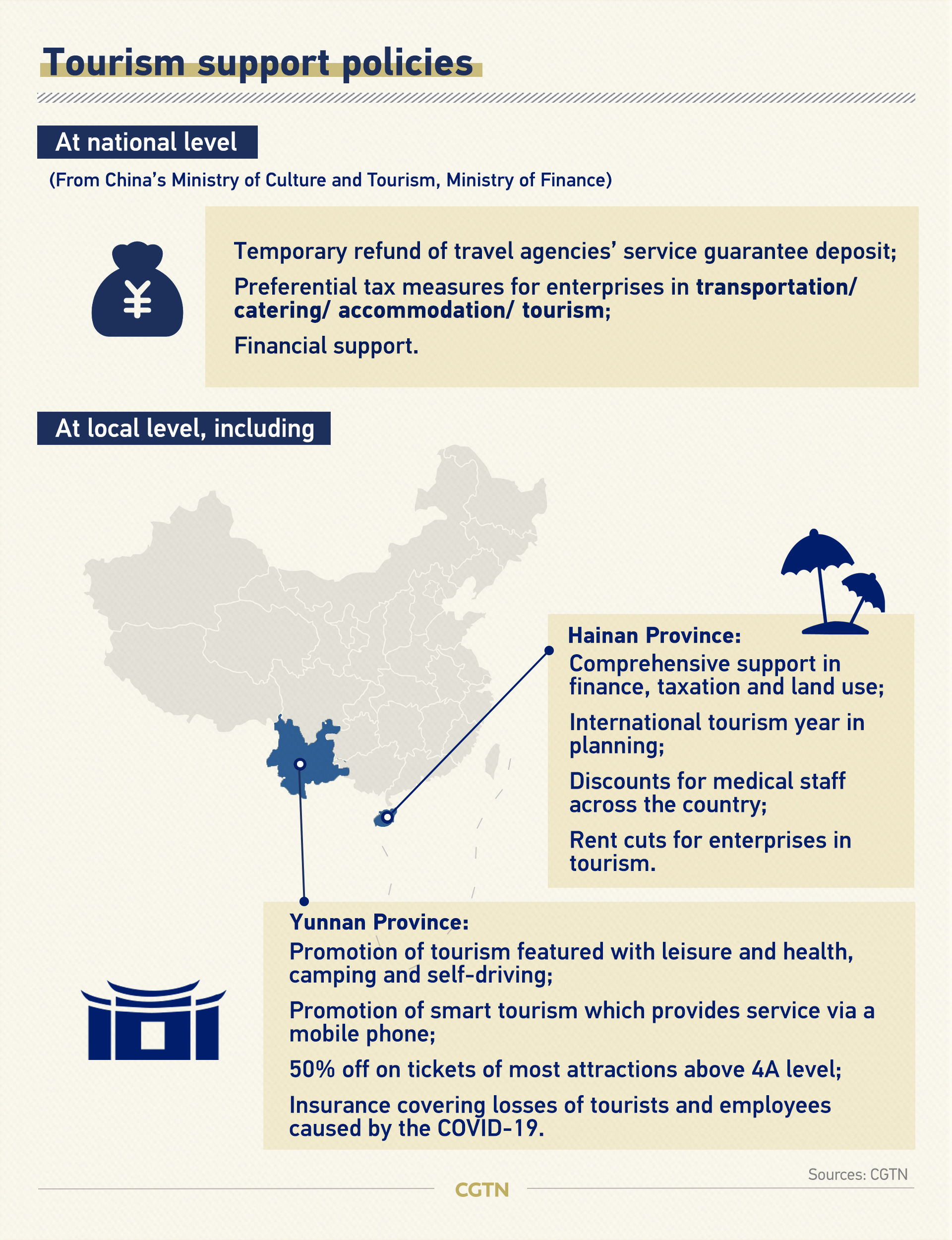