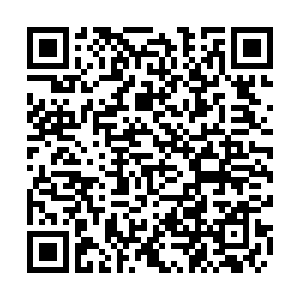 April 27 marks the two-year anniversary of the first summit between Democratic People's Republic of Korea (DPRK) leader Kim Jong Un and Republic of Korea (ROK) President Moon Jae-in. On April 30, German, Russian, Ukrainian and French foreign ministers will have a video conference on the Ukraine issue.

Monday marks the second anniversary of the inter-Korean summit between Kim and Moon at the truce village of Panmunjom.

The first Kim-Moon summit, as well as their second summit in the following month, helped to pave the way for Kim's historic meeting with U.S. President Donald Trump in Singapore on June 12.

The Singapore summit was the first-ever meeting between a DPRK top leader and a sitting U.S. president.

The anniversary comes amid speculations about Kim's health condition. In response to a question on the issue, Chinese Foreign Ministry spokesperson Geng Shuang said on Tuesday that he was not sure of the source of such speculations. Several South Korean government officials also said they had not confirmed any of the information regarding the health of the DPRK leader.

Foreign ministers of Germany, Russia, Ukraine and France will have a video conference on Thursday in a bid to make some progress toward ending the conflict in eastern Ukraine.

Ukraine and Russia struggle to progress despite landmark meeting

Hostility grows between Russia and Ukraine

A summit of the four countries' leaders in Paris in December last year brought an agreement to revive the peace process, but failed to resolve crucial issues, such as a timeline on local elections and control of the borders in the region held by rebels.