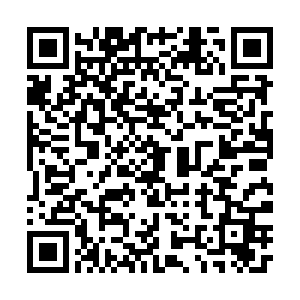 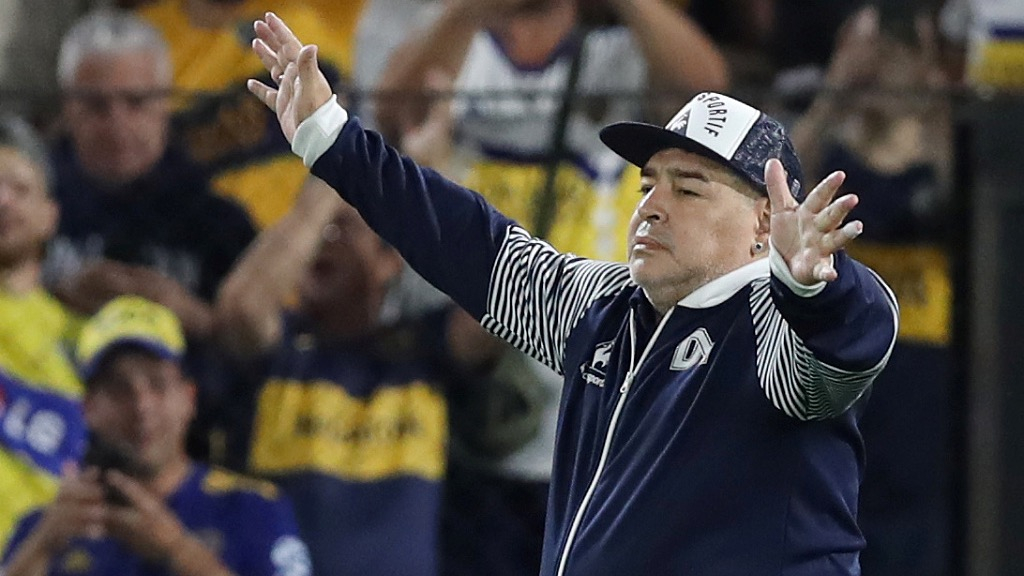 Barely one week after the Dutch Eredivisie was declared void due to the COVID-19 pandemic, Argentina also announced that its football season was over and added there will be no relegation this season or next due to the disruption caused by the unprecedented crisis.

"We are going to end the tournaments, so we can designate the teams qualified for continental competitions next year," Claudio Tapia, president of the Argentine Football Association, said on Monday.

The dramatic decision means the country's Copa Superliga, a 24-team tournament scheduled to end in a playoff in May, has been scrapped after just one round of matches.

Diego Maradona will surely be delighted by the latest development as his struggling side Gimnasia would avoid relegation despite being in the bottom three. The Argentina football legend was appointed as head coach of Gimnasia in September last year but failed to revive the club's fortunes.

Argentina has extended its nationwide lockdown by another two weeks until May 10 to contain the coronavirus outbreak. 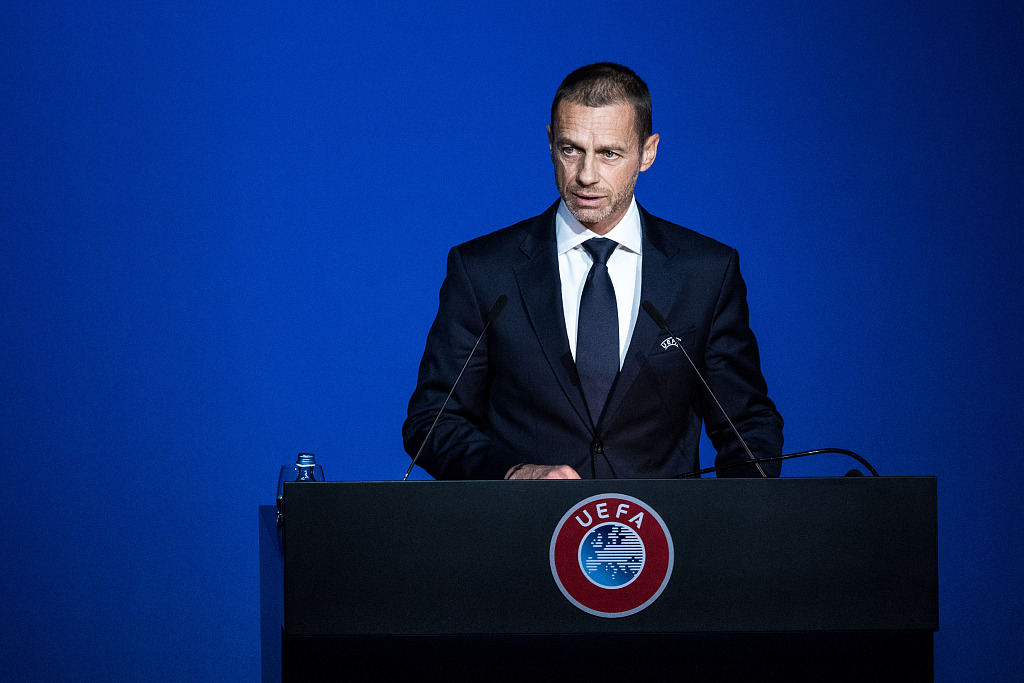 Meanwhile, UEFA confirmed on Monday that it had released 236.5 million euros (256 million U.S. dollars) to help its 55 member associations meet the challenges of COVID-19 in their respective countries.

"Our sport is facing an unprecedented challenge brought about by the COVID-19 crisis. UEFA wants to help its members to respond in ways that are appropriate to their specific circumstances," said UEFA President Aleksander Ceferin in a statement.

"As a result, we have agreed that up to 4.3 million euros (4.6 million U.S. dollars) per association, paid for the remainder of this season and next, as well as part of the investment funding, can be used as our members see fit to rebuild the football community," he added.

The cash injection from European football's governing body came just two days after FIFA rolled out 150 million U.S. dollars as the first step of a relief plan to help counter the economic impact of the coronavirus pandemic. 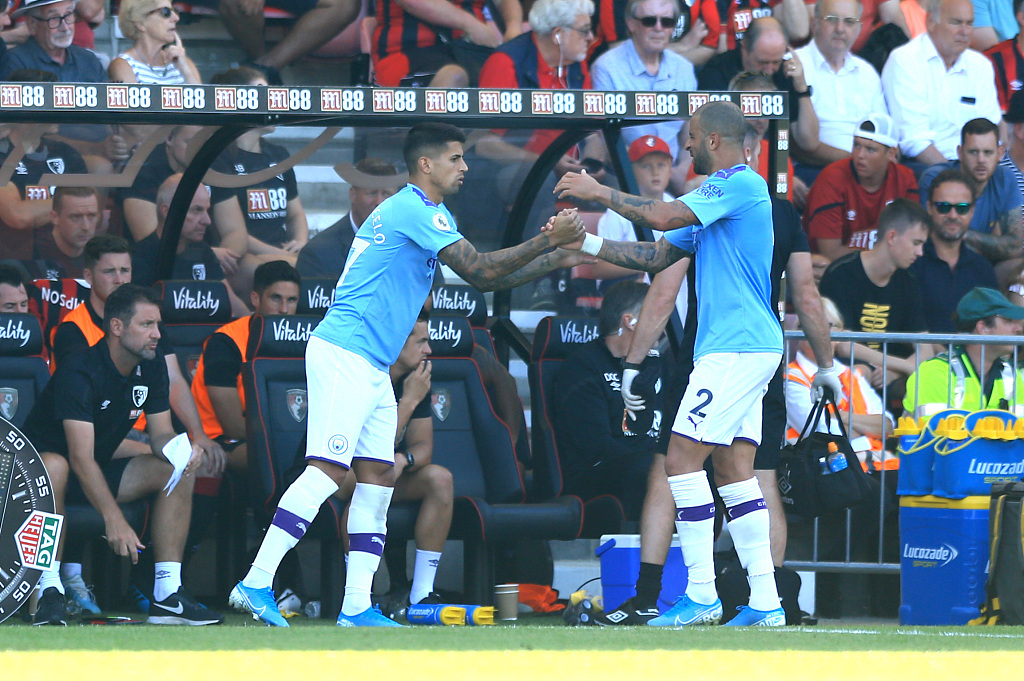 Manchester City's Joao Cancelo (L) comes on as a substitution for Kyle Walker during their Premier League clash with Bournemouth at Vitality Stadium, England, August 25, 2019. /VCG

Manchester City's Joao Cancelo (L) comes on as a substitution for Kyle Walker during their Premier League clash with Bournemouth at Vitality Stadium, England, August 25, 2019. /VCG

FIFA also unveiled a proposal on Monday to allow teams to make up to five substitutions during a game. The move aims to help players cope with fixture congestion when the season resumes.

"Safety of the players is one of our main priorities. One concern in this regard is that the higher-than-normal frequency of matches may increase the risk of potential injuries due to a resulting player overload," a FIFA spokesman said.

To address these concerns, FIFA has made a proposal to the International Football Association Board (IFAB) to "temporarily relax Law 3 of the game to allow for a greater number of substitutions. Each team could make five substitutions during regulation time plus a sixth substitution during overtime."

The proposal will need to be approved by the IFAB, football's rule-making body. According to BBC, IFAB will "respond positively" because the measure has already been discussed as an important way to improve players' physical well-being. 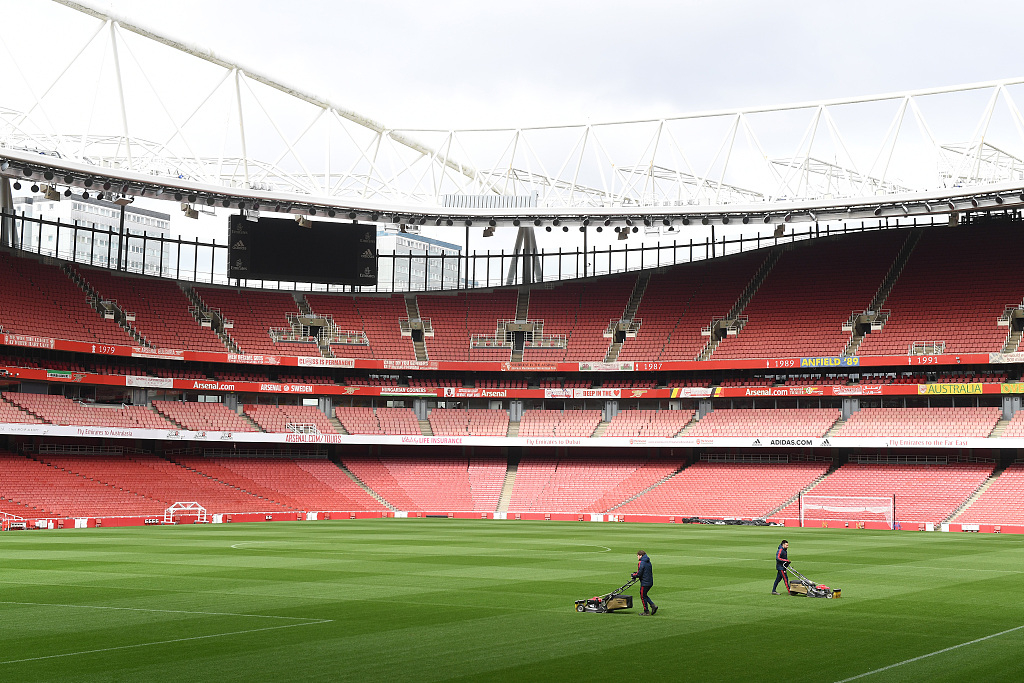 Elsewhere in England, Arsenal, Brighton and West Ham officially opened their training grounds to players for individual work on Monday.

The English topflight has devised a comprehensive plan, labeled "Project Restart," for the resumption of the season on June 8. But the details of how football could safely return remain unresolved and Premier League clubs will meet on Friday to discuss options for the restart.

Britain's Secretary of State for Digital, Culture, Media and Sport Oliver Dowden revealed that he has been in contact with clubs about restarting football matches "as soon as possible."

"I personally have been in talks with the Premier League with a view to getting football up and running as soon as possible in order to support the whole football community," Dowden said during a parliamentary questions session on Monday.

"But, of course, any such moves would have to be consistent with public health guidance," he added.

The Premier League has been put on hold since March 13 and all clubs have confirmed that they remain committed to playing this season's 92 remaining fixtures.