Technology in China's FYPs: From nonexistence to prosperity
By Duan Fengyuan 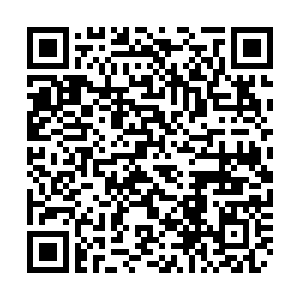 Modern science and technology were almost nonexistent when China started its first Five-Year Plan (FYP) in 1953, whereas on May 5, 2020, the final year of the country's 13th FYP, China launched the Long March-5B carrier rocket, which marked another step forward in its manned space program.

The development speed of China's science and technology during the 13 FYPs was unprecedented.

March toward science during first 4 FYPs

The second goal in China's first Five-Year Plan (1953-1957) was to shift the country's economic focus away from agriculture to technology (such as machine construction).

The country's first long-term plan on science and technology, which marked a milestone in China's modern development in the field, was released in 1956, in the form of The Twelve-Year National Long-term Outline for Science and Technology Development (1956–1967). 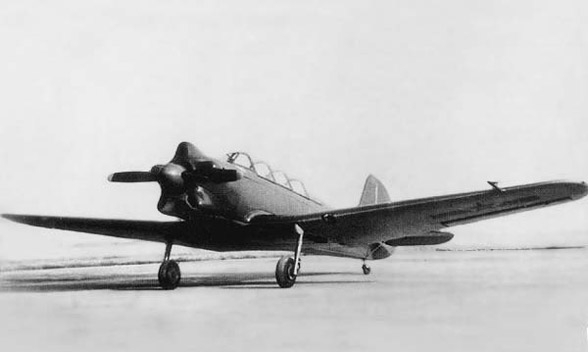 Since then, China's scientific and technological cause has undergone large-scale development with long and short-term plans and many firsts, such as the Changchun No. 1 Automobile Plant, the first automobile manufacturer; CJ5, the first airplane made in China; the first heavy-water reactor and circular accelerator.

Rapid development from the 5th to 9th FYPs

In March 1978, the third year of the fifth FYP (1976-1980), over 6,000 delegates participated in the National Science Conference, which put forward a series of important issues and passed the 1978-86 Outline of National Science and Technology Development and enhanced the position of science and technology in the modernization construction of the socialist country.

A review of China's scientific achievements since its opening-up

The number of important scientific and technological achievements in 1979 alone exceeded the total number during the previous 10 years. 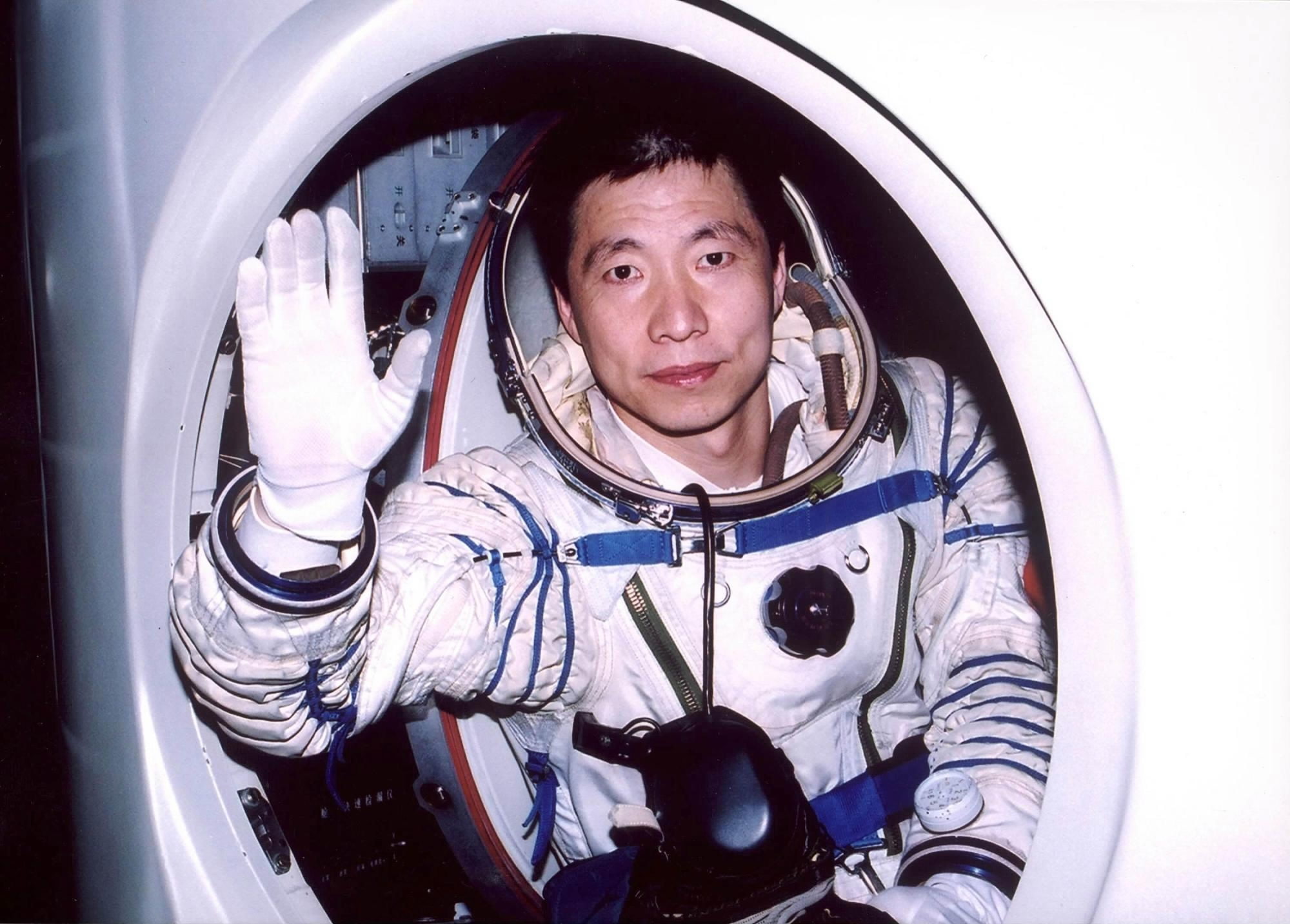 Chinese astronaut Yang Liwei sits in the Shenzhou-5 spacecraft during his mission in October 2003. /VCG Photo

Chinese astronaut Yang Liwei sits in the Shenzhou-5 spacecraft during his mission in October 2003. /VCG Photo

On March 13, 1985, China announced the Decision on the Reform of Science and Technology Systems and put forward the theory "science and technology constitute a primary productive force" in 1988.

By the last year of the ninth FYP (1996-2000), there were 29.26 million professional technical personnel working in state-owned enterprises and institutions in China, of whom 2.81 million were engaged in scientific and technological activities, including 1.56 million scientists and engineers.

In the early 21st century, China remarkably narrowed the gap in the high technology development level between itself and the advanced countries in the world.

The galloping technology advancement is underpinned by China's unprecedented spending on research and development (R&D), which jumped at an average annual rate of 20 percent between 1992 and 2018 to rank second in the world.

In the 10th FYP (2001-2005), China explicitly stated the proportion of R&D in its gross domestic product (GDP) for the first time, saying that in 2005, the proportion should increase to more than 1.5 percent.

In the year of 2018, China's R&D spending accounted for 2.18 percent of its GDP, taking the world's No. 2 position after the United States, though the R&D intensity still lagged behind countries with high technologies, such as the U.S. and Japan.

Meanwhile, China had 4.19 million people working in R&D in 2018, maintaining the world's largest pool of R&D personnel for six years, according to the National Bureau of Statistics (NBS). Innovation is at the heart of China's 13th FYP (2016-2020), which sets the aims to become an "innovation nation" by 2020, an international leader in innovation by 2030, and a world powerhouse in scientific and technological innovation by 2050.

"China will see that scientific and technological innovation leads the way in all areas of innovation," the 13th FYP reads.

Patents are the cornerstone of innovation, which serve as the bridge and link that scientific and technological achievements transform to real productive forces. 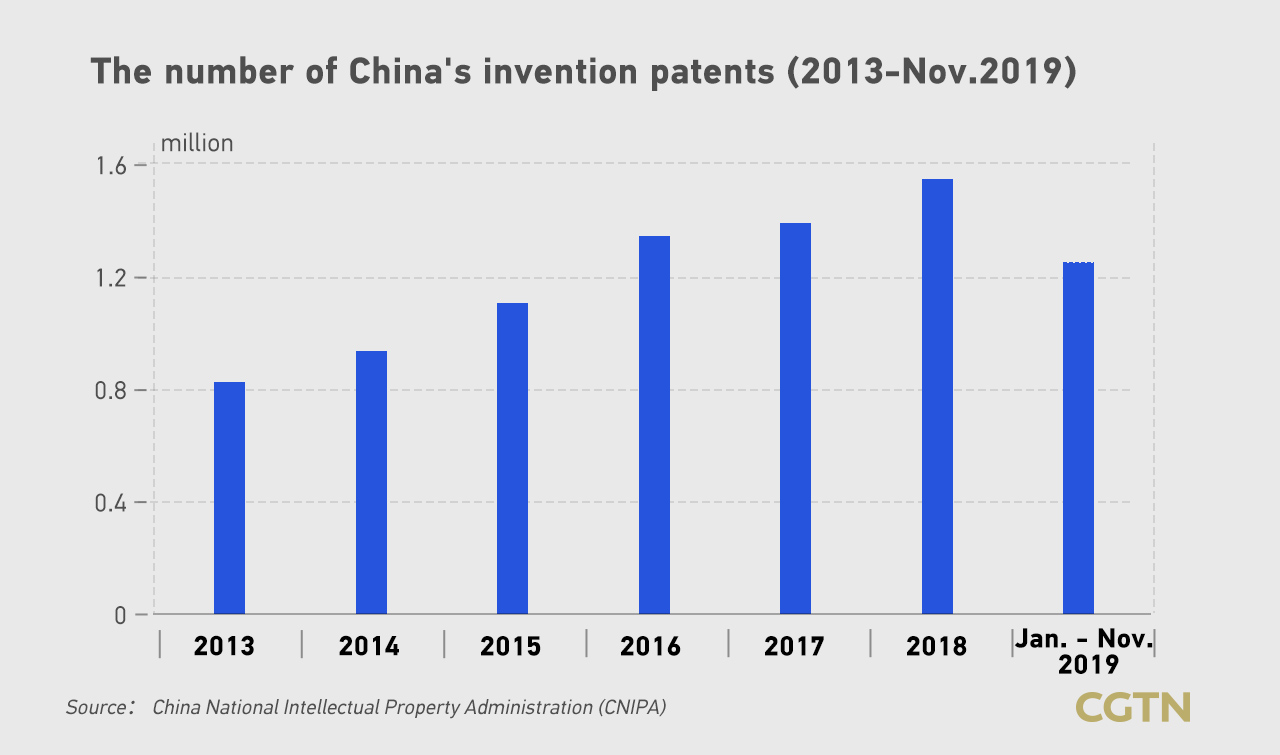 In 2016, China had over 1.1 million patents for inventions, ranking third after the United States and Japan, and China rose three places to 22nd on the list of the world's most innovative nations in 2017, the only middle-income country to join the top 25 innovative economies, according to the Global Innovation Index.