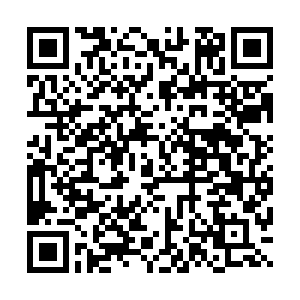 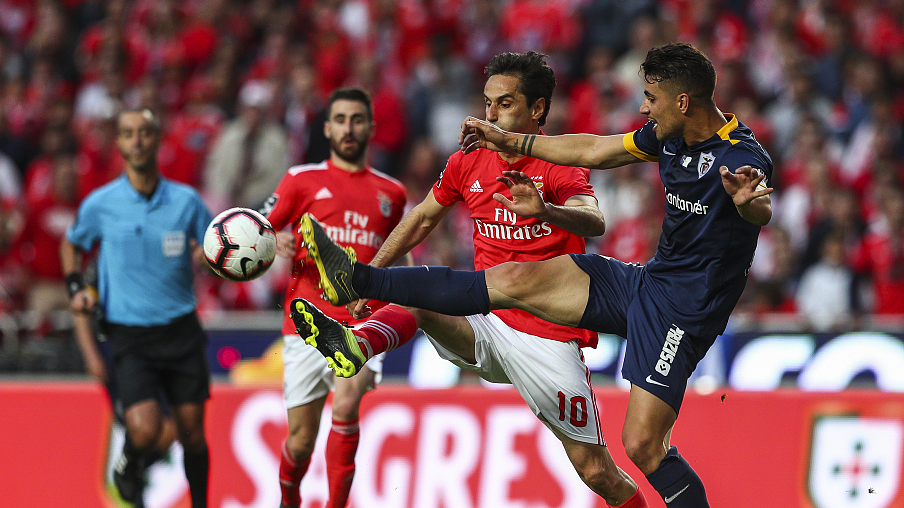 Jonas of SL Benfica (L) vies with Fabio Cardoso of CD Santa Clara (R) for the ball possession during the Primeira Liga in Lisbon, Portugal, May 18, 2019. /VCG

Jonas of SL Benfica (L) vies with Fabio Cardoso of CD Santa Clara (R) for the ball possession during the Primeira Liga in Lisbon, Portugal, May 18, 2019. /VCG

Portugal, preparing to restart its professional soccer league on May 30, will not automatically order entire squads to be quarantined if one or more players test positive for coronavirus.

Portugal's Primeira Liga teams began training last week ahead of the planned re-start. Vitoria Guimaraes said on Sunday three players had tested positive and been isolated while the rest of the squad would continue with individual training.

Health guidelines published by the Portuguese Football Federation (FPF) state that players testing positive must be isolated but that the implementation of regular testing should mean collective quarantine is not necessary.

"The implementation of the containment and testing measures indicated in this protocol minimizes the risk of contagion among the athletes and other squad members, so the identification of a positive case does not in itself make collective isolation of the teams mandatory," the government document said, adding that the local health authority was ultimately responsible for a decision.

Players, coaching staff and referees must remain at home until the end of the season, except for matches and training. 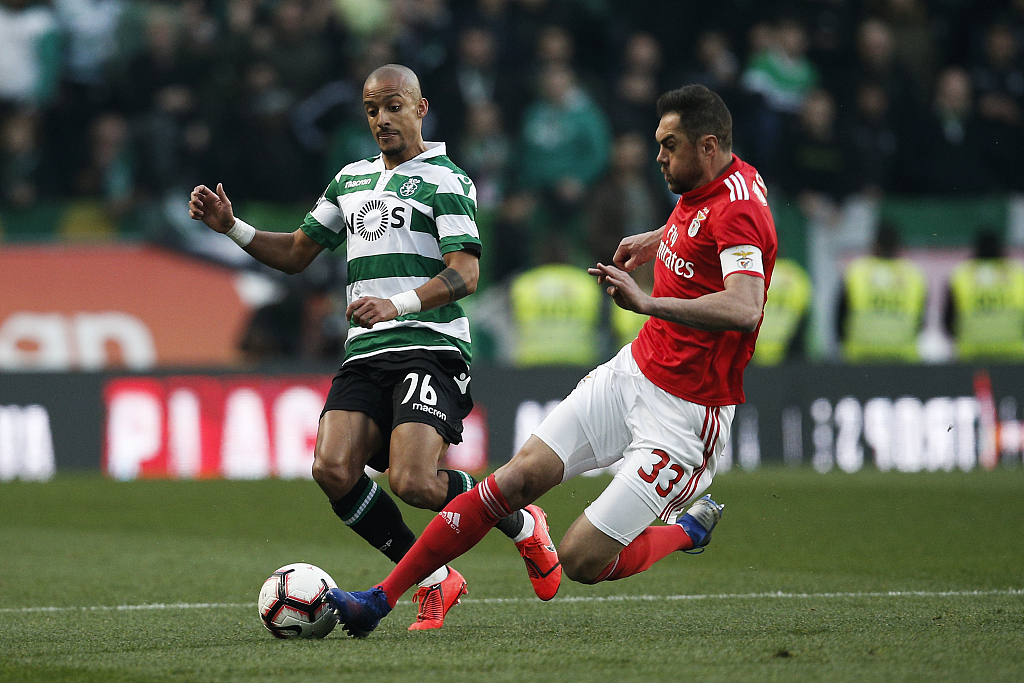 "Movements should be restricted to the home-club/competition-home route. Only social contacts with cohabitants and club members are permitted," the document said.

Before competition re-starts, players, coaches and officials should undergo two tests 14 days apart. Once competition gets under way, all those involved must undergo a test 48 hours before the match and another one as close as possible to the start of the game.

The document also said competition should take place in the minimum possible number of stadiums.

Domestic leagues around Europe are attempting to return to action following the coronavirus stoppage, but the question of how to deal with a positive case within a squad is proving a difficult issue.

Attempts to restart the league in Austria have floundered on a government requirement that entire squads must by quarantined in the case of a single positive test.