Disguise in Nature: A 'stone' with dangerous venom
By Xu Chenlu 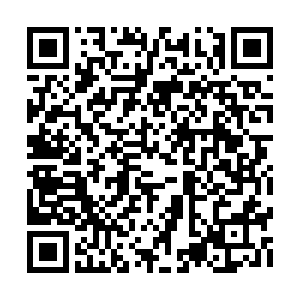 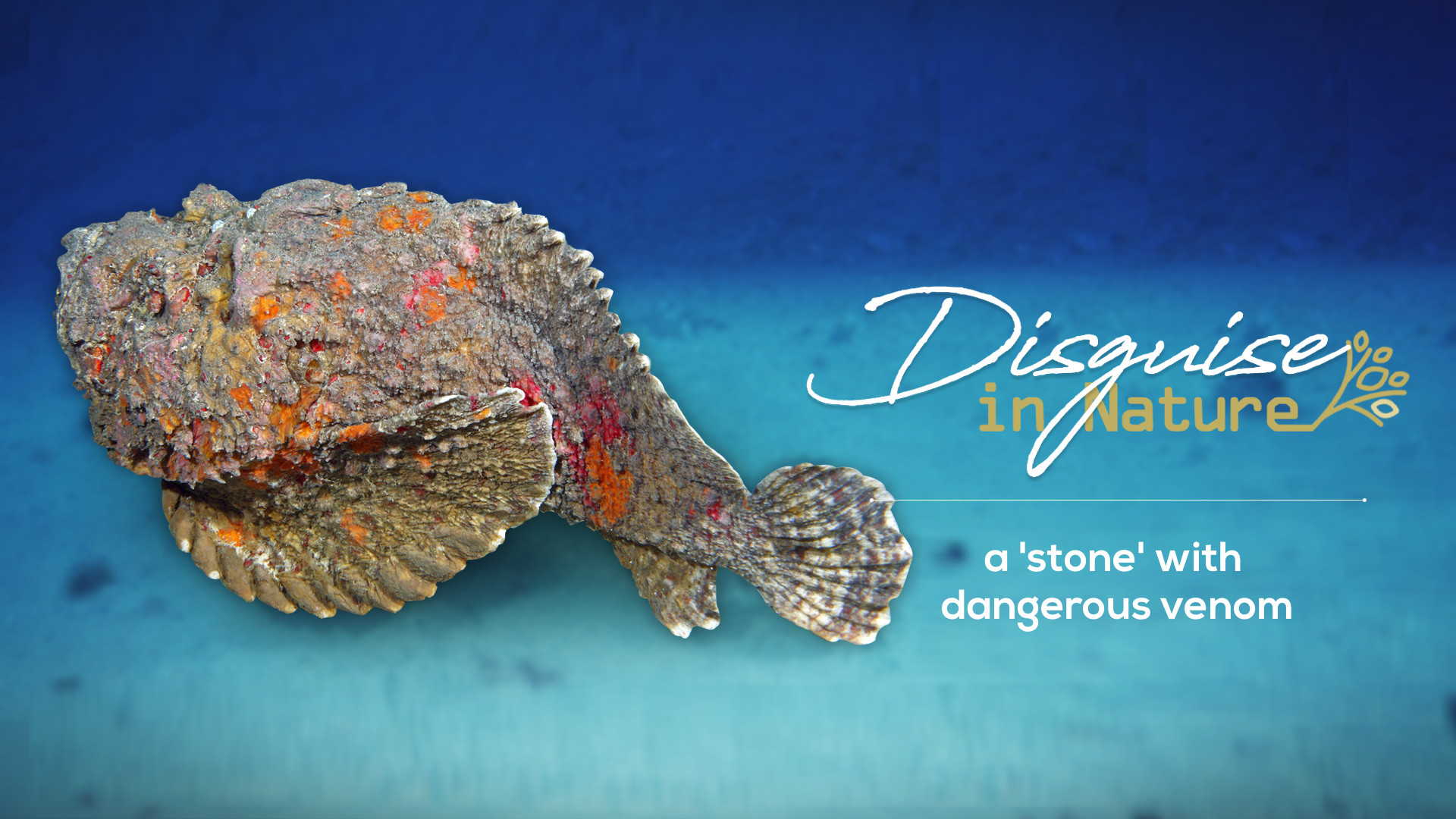 Summer is the perfect time to visit the beach. However, when immersing yourself in the cool ocean water, you should be cautious about the dangers that may be lurking amid the rocks you're stepping on. The stonefish is one of these hidden dangers. A master of disguise, stepping on this fish with venom-filled dorsal spines will result in a painful sting that could lead to death. 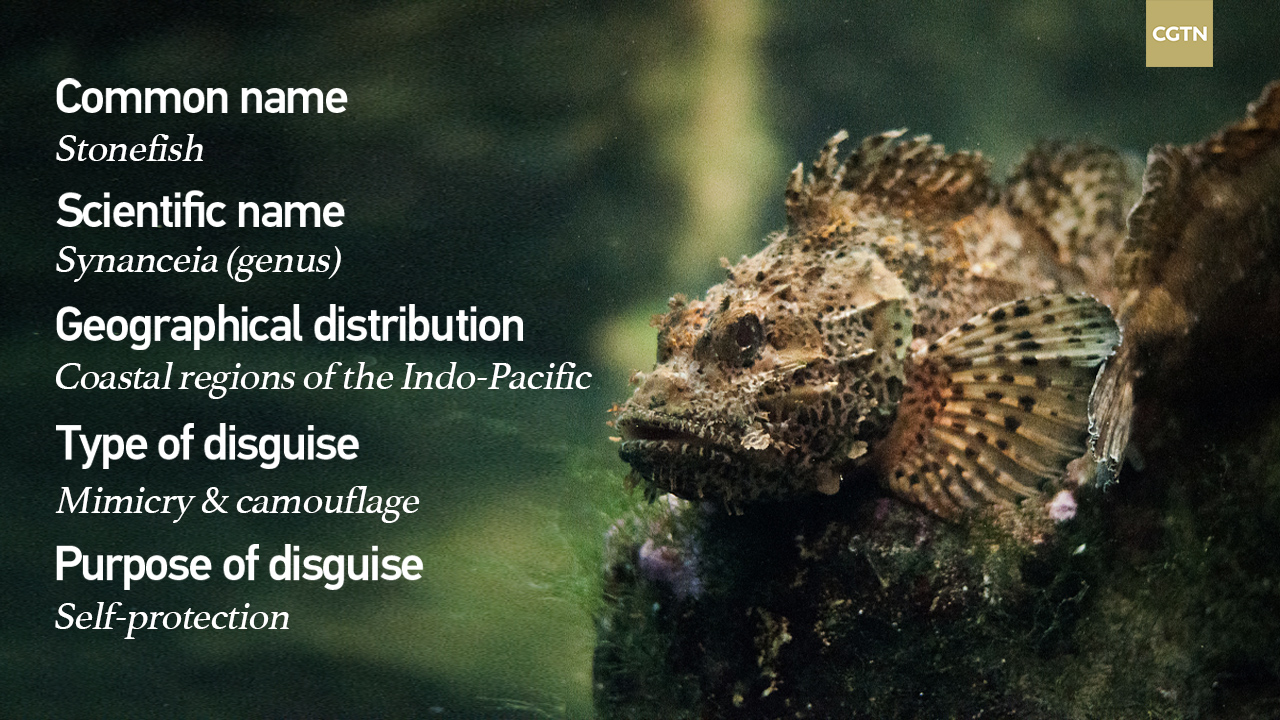 The stonefish gets its common name from its habitat and appearance. Its mottled skin can perfectly camouflage it as a stone, hence when it is resting under or between the corals or reefs, it does not worry about being hunted. 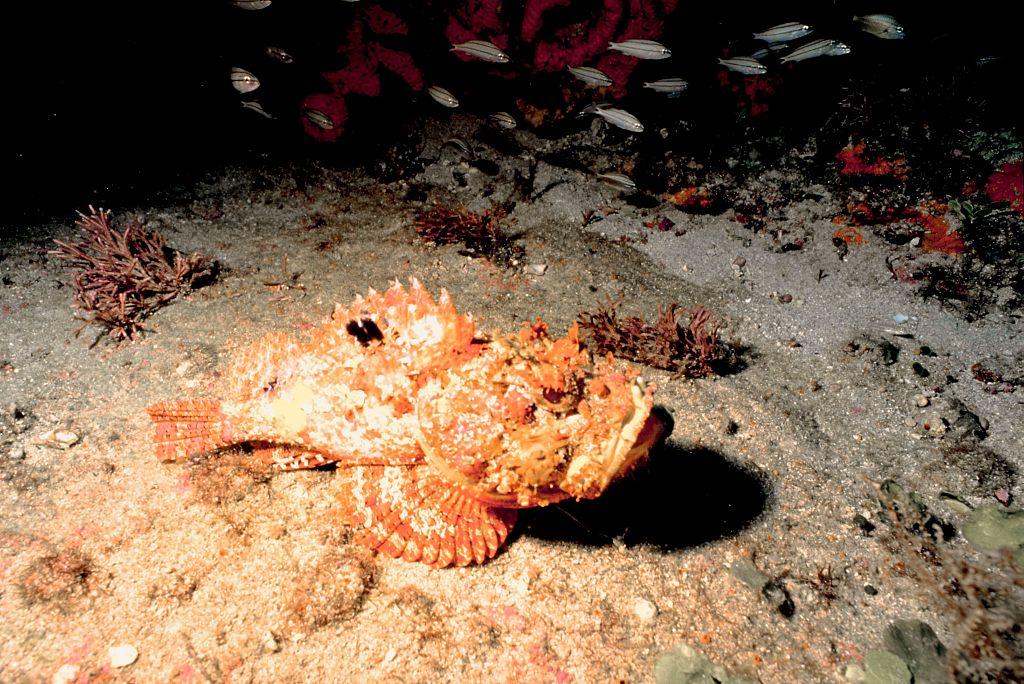 Besides camouflage, it also utilizes another form of self-protection, which involves the needle-like fin spines on its back. When it is disturbed, the fish will inject venom into whatever steps on it. A study in 2018 reported that stonefish can even extend a specialized spine as an additional defense mechanism. 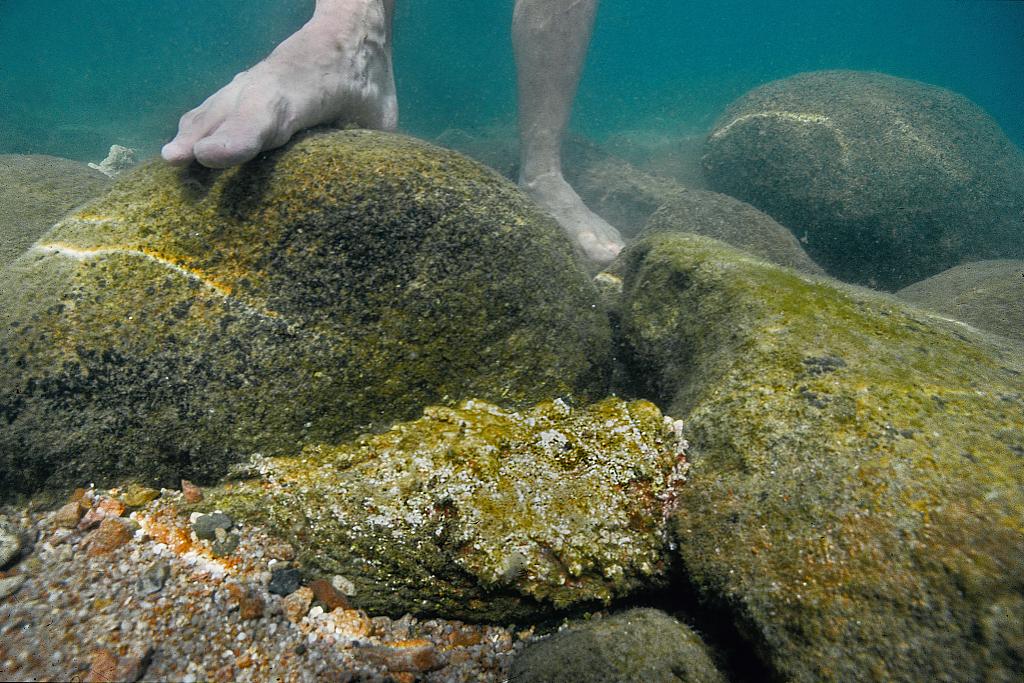 Watch out for the dangerous stonefish! /VCG

Watch out for the dangerous stonefish! /VCG

A stonefish sting is extremely painful and dangerous, and can sometimes lead to death. Thus, areas where stonefish are distributed, like the Philippines, Australia, China and Japan, will have warnings during summer to alert swimmers and divers to avoid the well-camouflaged stonefish.

Camouflage and mimicry are two ways for creatures to disguise themselves. Disguises can either help them escape danger, or make them perfect predators when hunting.

In this series, we look at several species that are masters of disguise. For each story, there will be a game of hide-and-seek with the introduced species.

Read more from the 'Disguise in Nature' series:

Disguise in Nature: The 'ninja' in sea

Disguise in Nature: The 'hermit' in rainforest

Disguise in Nature: A lively 'leaf' with legs

Find the stonefish
There is a stonefish hidden in one of these pictures. Can you spot it?

1
Which of these four pictures has a stonefish?
1 / 1
Next
Correct
Wrong