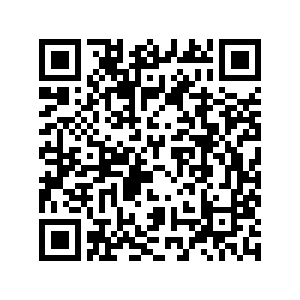 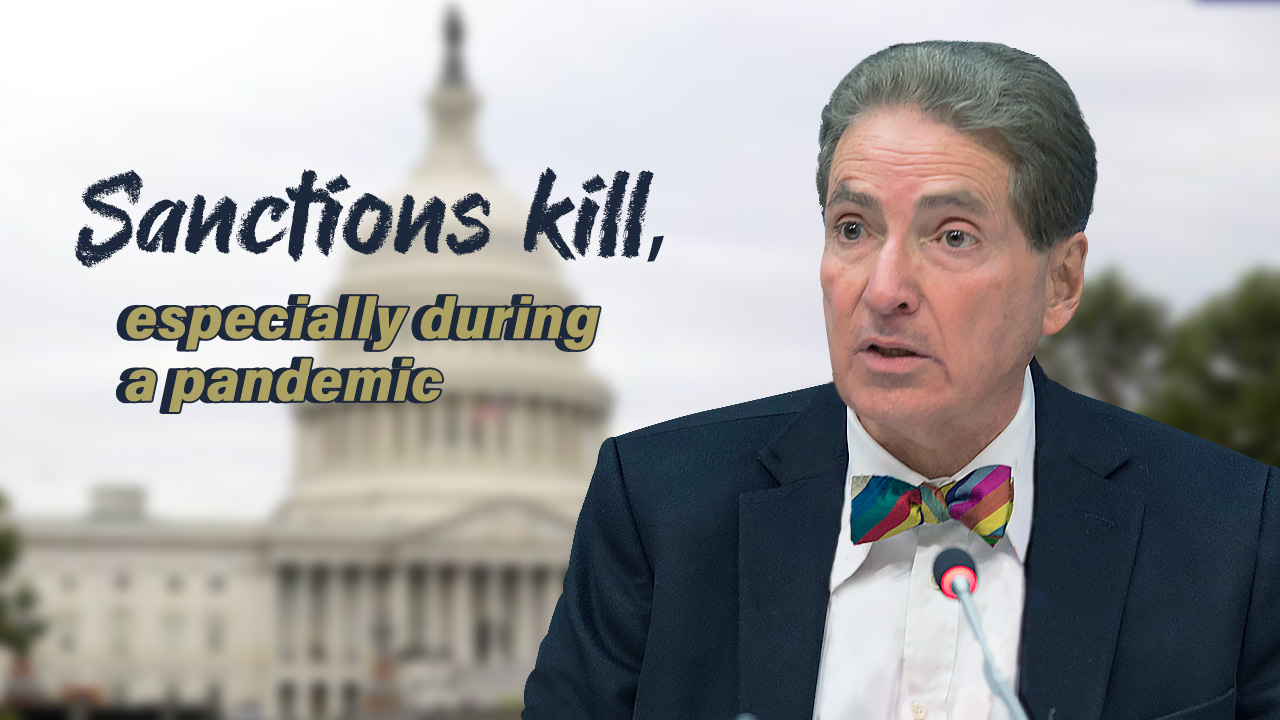 Editor's note: As the Trump administration scrambles to manage COVID-19, sanctions imposed on other countries are impacting their capability to solve the pandemic. Alfred de Zayas, professor of international law, former secretary of the UN Human Rights Committee and UN's independent expert on the promotion of a democratic and equitable international order from 2012 to 2018, shares his views on this matter. This is part three of the conversation with Prof. de Zayas. The opinions expressed in the video are his own, and not necessarily the views of CGTN.

Alfred de Zayas: It's probable that what we read in the press, that Trump did have knowledge of what was going on, but didn't act there on. He is reported to have dismissed it as a hoax, and if you look at the timeline at the beginning he was actually quite respectful, or even friendly, toward China, praising what China was doing to fight coronavirus in China etc.

With Trump, you're dealing with a populist and he's an opportunist, and he tries to score political points. He's hoping to be re-elected this year, so in January or February, it was probably politically useful to say what he said. And when it didn't become, didn't develop the way he had hoped, then he changed his narrative and put the blame not only on China, but on the World Health Organization (WHO).

All I can say is that we have to take into account that the world has suffered many pandemics. We are not immune. We could very easily suffer many other types of viruses, bacteria, and pandemics in the future. So, the only answer is preparedness, preparedness, preparedness. That cost money, which means you have to put tax dollars into research and development for preventive measures, research and development in the development of a vaccine, and also treatment. And you also have to be ready with medical equipment in a sufficient amount.

It's shocking that in the U.S., and in many countries, there are not sufficient ventilators. There is no sufficient masks, or no sufficient gloves, or no sufficient testing kits. And once you declare a (public) Health Emergency of International Concern, then Article 44 of the regulations kicks in, and you have to cooperate. That's why I find it particularly obscene that Trump imposes these sanctions – what he calls "maximum pressure," on Iran, on Venezuela, on Cuba, on Syria and so many other countries, when at this stage what is absolutely essential is solidarity, international solidarity.

You must consider, when you don't get medicine in time, you die. It's not just a question of getting the medicine, it's getting the medicine in a timely fashion. So whatever obstacles the United States is putting in the delivery of pandemic medical equipment or testing kits, or whatever, it is criminal – and that, by the way, is justiciable.

The International Criminal Court is already seized of a case on the illegality of economic sanctions, financial blockades that cause death. As you know, I was the first United Nations rapporteur to go to Venezuela in 21 years, and I carried out very thorough investigations. When I was on the ground, I interviewed everybody from the National Assembly, from the opposition, from the churches, from the NGOs, civil societies, students, professors etc, and I focused on this issue of sanctions and I documented how the sanctions led directly to the untimely death of many many Venezuelans. After me came Professor Jeffrey Sachs and Mark Weisbrot, who published a report in April 2019 estimating the death of some 40,000 Venezuelans as a direct result of the sanctions in the year 2018 alone.

The Secretary General of the UN Antonio Guterres, the High Commissioner for Human Rights Michelle Bachelet, the rapporteur on sanctions Alena Douhan, the rapporteur on the right to food Hilal Elver have all called for the lifting or at least the easing of the sanctions, at least for the period of the pandemic. So it's clear that there is consciousness out there that sanctions kill, and it is very unseemly when some extreme right-wing senators in the United States, like Marco Rubio, wants more sanctions against Cuba, more sanctions against Venezuela etc., instead of saying people are dying because of our sanctions and we had better do something about this.

Part four: It's time for the U.S. to put people before profits