It's time for the U.S. to put people before profits
Alfred de Zayas 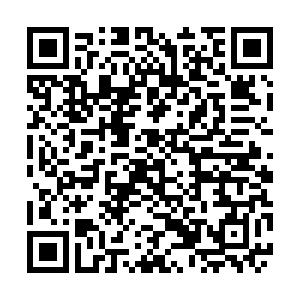 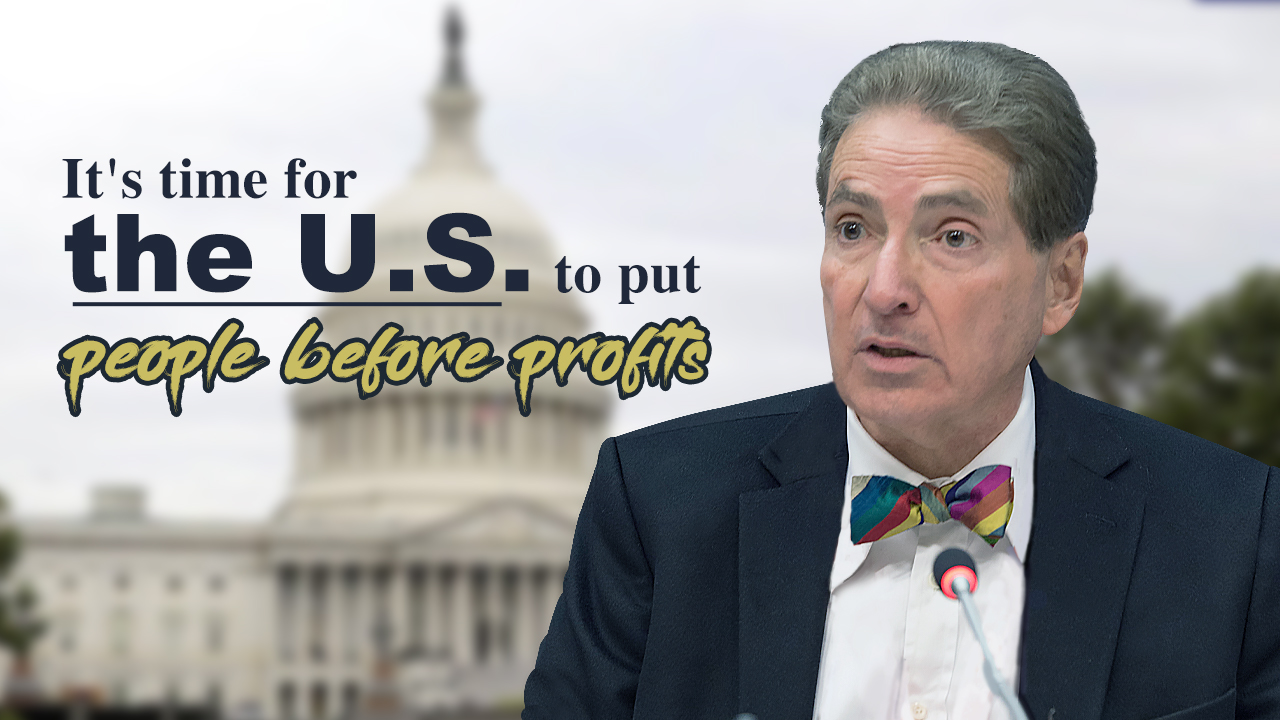 Editor's note: The Trump administration has unleashed its attacks on the World Health Organization, threatening to permanently freeze funding and withdraw U.S.' membership. Alfred de Zayas, professor of international law, former secretary of the UN Human Rights Committee and UN's independent expert on the promotion of a democratic and equitable international order from 2012 to 2018, shares his views on this matter. This is part four of the conversation with Prof. de Zayas. The opinions expressed in the video are his own, and not necessarily the views of CGTN.

Alfred de Zayas: I have considerable respect for Dr. Tedros and I think he has been very sedate. He has shown moral leadership and acted prudently in this matter, and he has not allowed himself to be provoked by a rhetoric of Donald Trump.

Scapegoating the WHO is ridiculous. My answer, having worked for 20-odd years in the UN as Secretary of the Human Rights Committee and as Chief of the Petitions Department, is that our problem is not a lack of commitment or lack of professionalism, our problem is lack of funds. And by the way, it's particularly shocking that the WHO, from the regular budget, only 20 percent of their general budget is the direct contribution from states. Everything else is voluntary donations, which actually puts the organization in a situation of dependency. Meaning you can't plan for a biannual, you can't plan for 5 years in the future, because you don't know whether you are going to have the money. So, if Trump wanted faster decisions on the part of the WHO, one thing that would help is increased funding.

Another problem of course is an ideological. We are committed capitalists, we are committed individualists, and the American Dream is to make yourself rich fast. So, if you are looking only for short term profits, you don't plan long term. And if you just want to run the economy on the profit system then obviously hospitals, there are some areas that are lucrative like orthopedics or like cardiology, but there are many other areas that they're not lucrative. So, what has happened is that many hospitals were closed. Hospitals were privatized, clinics were privatized etc.. And we simply don't have enough beds, we don't have enough intensive care units, we don't have enough ventilators etc..

A good government, the ontology of government actually, is to protect the citizens from external dangerous, but also from internal dangers. And among the internal dangers are of course health matters. The U.S.' pursuit of short-term profit has led the world into two financial crises within the last century. Should the U.S. be held responsible for the damages done to other countries?

We know it from countless studies and books that have been published on the 1929 Wall Street Crash and the 2007-2008 (financial) meltdown that these were the result of unregulated markets of, really Wild West speculation, Wild West antics in the market. They were evidence of such insider trading, so much corruption, that here you have criminal activity. Certainly there is criminal liability, but the question is what tribunal could take that. There, the principle that if there is an international wrongful act; there is also liability. If you breach an international law or some rule of the general principles of law, you must make reparation. The concept of reparatio in integrum is very much part of international law. But you must consider most tribunals are not entirely objective, or entirely neutral, and I'm not sure what tribunal would be willing to exercise jurisdiction under such a case against the U.S.

I have a recommendation for my President Donald Trump, (which) is to take a look at what his predecessor Franklin Delano Roosevelt did during the Great Depression. I mean he launched the Civilian Conservation Corps (CCC) and he put everybody back to work. He gave people, shall we say, dignity. He gave people their dignity back. He gave them something to do. And during these years, the 1930s, thanks to the CCC and thanks to enormous solidarity in the U.S., it was possible to do enormous positive things.

There was also social legislation. We have had the experience of social legislation being dismantled by Reagan, by George W. Bush, and now by Trump. It is time that we have a change of paradigm. It is time that, for the post-COVID-19 world, that we do not return to business as usual and to those things that have brought us this tragedy. We have to reshuffle the budget, reshuffle the priorities, so that human life takes the priority, that we have to put people before profits. And there is enough profit to be made. It's just the avarice, it's just the greed, of the one percent who want to keep their ill-gained money.