Trump says he is considering restoring some funding to WHO
CGTN 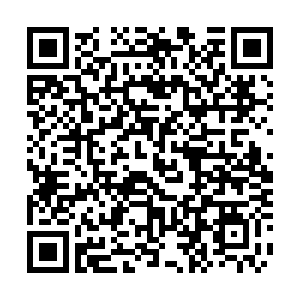 President of the United States Donald Trump said on Saturday his administration was considering numerous proposals about the World Health Organization (WHO), including one in which Washington would pay about 10 percent of its former level.

Late on Friday, Fox News reported that the Trump administration was set to restore partial funding to the WHO.

Commenting in a Saturday retweet of Fox Business host Lou Dobbs' twitter post on the reported proposal, the president said that no final decision had been made and that U.S. funding for the global health agency remained frozen.

The Trump administration will "agree to pay up to what China pays in assessed contributions" to the health agency, according to the Fox News. 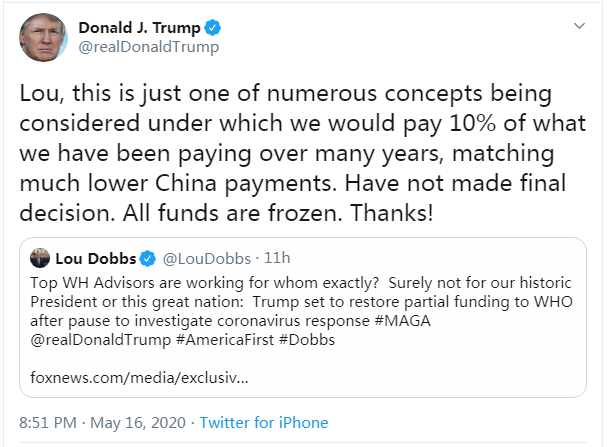 It has been a month since Trump announced a halt to the funding, accusing the WHO of having "failed in its basic duty," adding that "it must be held accountable," amid criticisms both from authorities at home and all over the world at a time when coronavirus infections still soared.

Top public health official Robert Redfield, head of the Centers for Disease Control and Prevention, said publicly that the agency will continue its ties with the WHO, as the two sides have "had a long history of working together in multiple outbreaks around the world."

The WHO also immediately pushed back against Trump's comments, urging the U.S. leader to think twice on the decision.

"I hope the freezing of the funding will be reconsidered and the U.S. will once again support WHO's work and continue to save lives," the head of WHO, Tedros Adhanom Ghebreyesus, said in a virtual briefing regarding the issue. "I hope the U.S. believes that this is an important investment, not just to help others but for the U.S. to stay safe also."