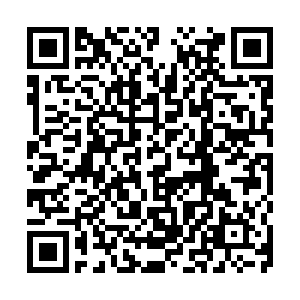 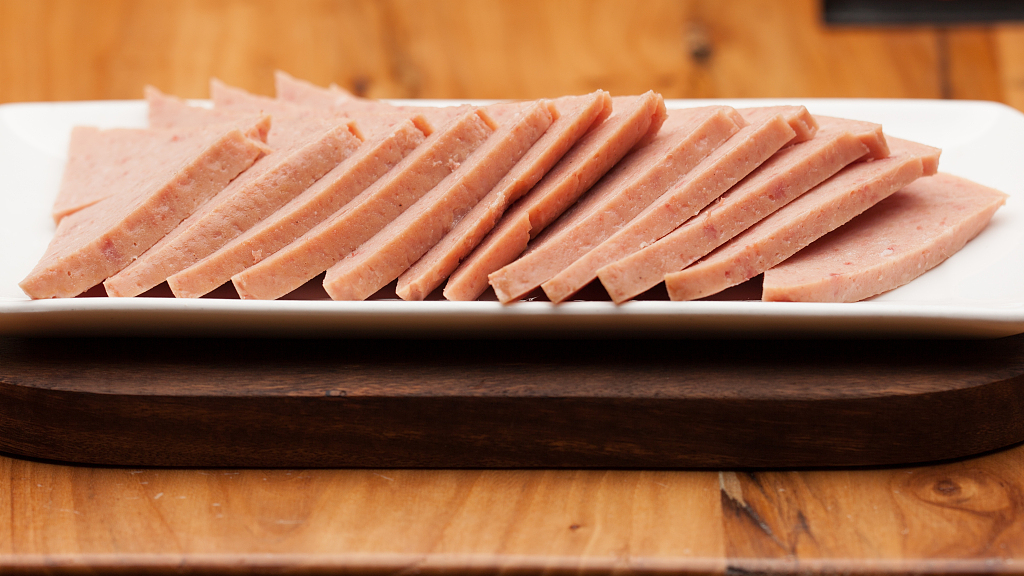 Burgers, meatballs, sausages, and nuggets – food tech startups have dished out plant-based substitutes for meat products of every kind, shape, and animal origin. Now, they're taking on the granddaddy of processed meats – Spam.

The maker of pork alternatives, previously known as Right Treat, uses shiitake mushrooms and a blend of pea, soy, and rice proteins. In 2018, it came out with Omnipork, Asia's first plant-based pork that sizzles, browns, and satisfies like the real thing.

"Omnipork changed the game, but Omnipork Luncheon is a disruption that is long overdue," said David Yeung, founder and CEO of OmniFoods during the launch event.

Yeung is not hamming it up. Asians do love their mystery meat.

Data from Global Info Research shows that five out of the top eight regions with the highest luncheon meat sales in 2019 are located in Asia-Pacific. China came on top, followed by Southeast Asia with Japan, South Korea, and India rounding up the list.

If the Spam sans meat can convince consumers to switch allegiance, it would be a massive win for the plant-forward movement sprouting in the region – and perhaps an extra loop for foreign brands to jump through as they jockey for a bigger slice of the meatless meat pie. 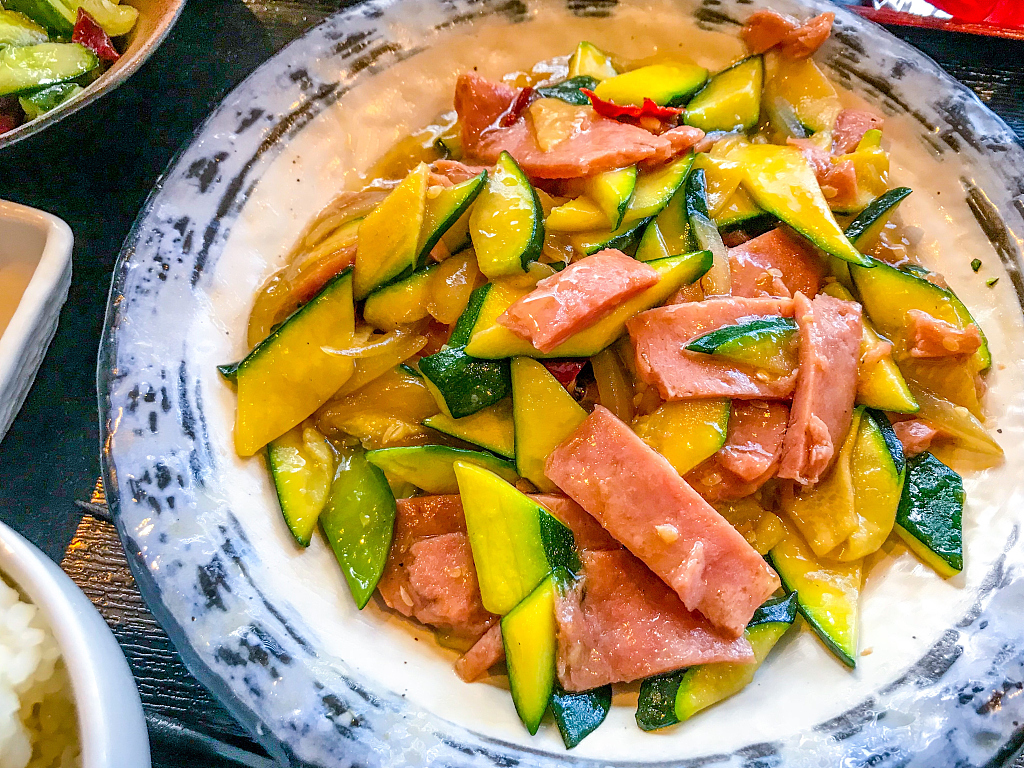 Canned pork found its way to Asia-Pacific during World War Two in the rucksacks of U.S. soldiers stationed across the region. It was cheap, convenient and didn't spoil easily – the ideal meal for troops on the front line. By 1941, Hormel Foods, the maker of Spam, had shipped more than 100 million pounds of the tinned meat to allied troops.

For locals, times were tough and fresh meat was a luxury only a privileged few could afford. Spam was a plausible stand-in and with time became a kitchen mainstay. The gelatinous meat could be fried, grilled, baked, boiled, and when in a real pinch, eaten straight out of the tin.

From Japan to Guam, people acquired a taste for the block of ham, which unimpressed GIs ingloriously once dubbed "the real reason war was hell." Today, the slab of pink meat has a cult following across Asia, despite eliciting questionable looks and turned-up noses elsewhere.

In South Korea, luncheon meat is the stuff to gift during the holidays if you're feeling fancy. Over in Okinawa, the canned cold cut is a pillar of the local cuisine with Spam and egg rice sandwiches drawing tourists from near and far. Down in the Philippines, a whole restaurant in the capital Manila is dedicated to all things Spam, from burgers to sushi.

China also has a ravenous appetite for Spam. A survey commissioned by OmniFoods and conducted by IPSOS found that 50 percent of people surveyed on the Chinese Mainland eat luncheon meat between one and four times a week. A whopping 88 percent of mainlanders reach for a can of the cooked pork at least once a month compared with 69 percent of respondents in Hong Kong. It's usually sliced for hotpot, where diners cook meat and vegetables in a flavorful bubbling broth; diced and chucked into fried rice; or plopped on top of noodle dishes. 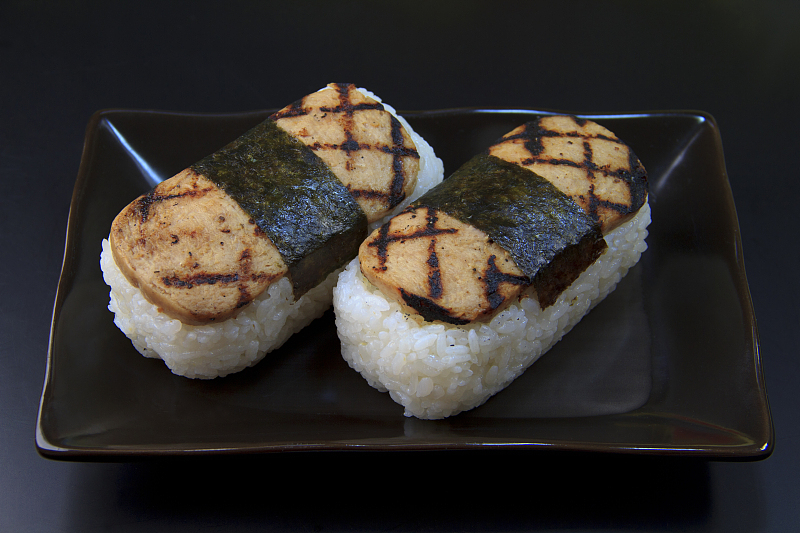 Spam musubi is a grilled slice of luncheon meat slapped on rice and wrapped with seaweed. /VCG

Spam musubi is a grilled slice of luncheon meat slapped on rice and wrapped with seaweed. /VCG

The decision to develop an alternative for luncheon meat, a regional darling, is a testament to the company's cultural sensitivity and understanding of local palates. Amid an increasingly crowded alt-protein space, OmniFoods prides itself on knowing exactly what whets Asians' appetite and how they incorporate meat in their cooking.

"My focus from Day 1 was that we need food innovation that works in dumplings, dim sum, and mapo tofu. [Asians] use meat in different applications: steaming, stewing, boiling in soup," Yeung told CGTN Digital last year as the company was readying to launch Omnipork on the Chinese mainland.

The company has added to its product line steamed buns and Thai-style stir-fried noodles. In the Taiwan region, it launched cup noodles with Korean flavors and rolled out dumplings with a plant-based pork filling. On the Chinese mainland, OmniFoods joined hands with Starbucks last month to launch a Vietnamese-inspired noodle salad, among other offerings, under the coffee chain's new plant-based lunch menu.

During Monday's event, the social enterprise debuted a meat-free replacement for pork shoulder, along with the plant-based luncheon meat. 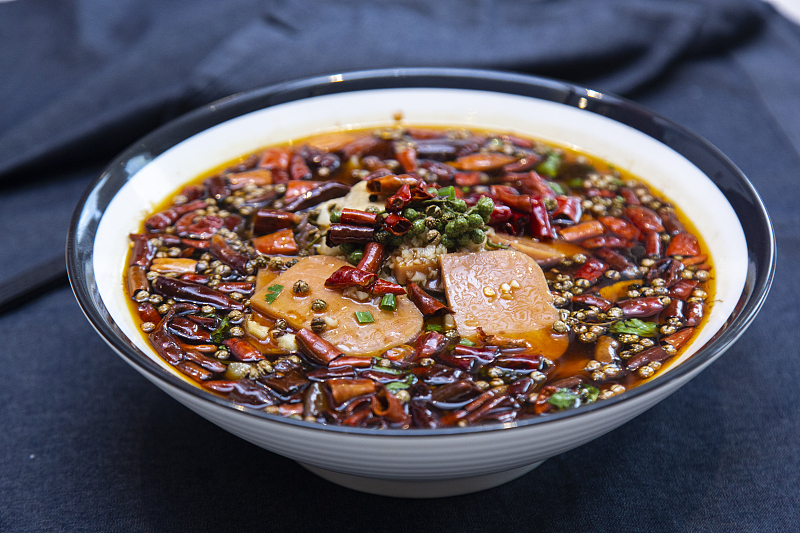 Sky's the limit when it comes to using luncheon meat in cooking, but beware the health risks. /VCG

Sky's the limit when it comes to using luncheon meat in cooking, but beware the health risks. /VCG

The debut comes amid a flurry of plant-based meat product launches in China.

Beyond Meat teamed up with Starbucks to premiere its beef mince last month around the same time that KFC announced a trial of chicken-less fried chicken nuggets by U.S. agribusiness Cargill in three Chinese cities.

Amid back-to-back public health crises, purveyors of plant-based meat are sniffing new opportunities in the horizon.

The African Swine Fever has been decimating China's hog population – the world's largest – since 2018, pushing prices up and pork consumption down. Sales of luncheon meat in the region took a hit last year, according to Global Info Research, slumping by 9.2 percent in South Korea, 6.8 percent in Japan and 3.1 percent in China.

Meanwhile the coronavirus outbreak has led to serious disruptions of meat supply around the world as slaughterhouses and meat processing plants suspended operations due to spreading infections and international trade slowed amid closed borders. For makers of meat substitutes, it's high time for change as customers would be pushed to rethink their choices at the dining table.

"It has become increasingly apparent that the food supply chain dominated by animal protein is unsustainable," OmniFoods said in a statement sent to CGTN Digital. 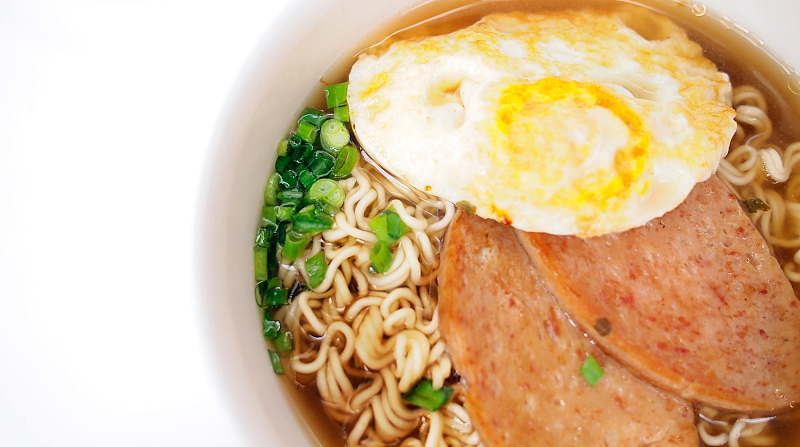 Sliced luncheon meat with noodles and sunny side up egg is a menu mainstay in restaurants around Hong Kong. /VCG

Sliced luncheon meat with noodles and sunny side up egg is a menu mainstay in restaurants around Hong Kong. /VCG

The company is also banking on the health credentials of its new meatless offerings to appeal to hungry customers.

Luncheon meat isn't exactly a salad, and the reputation of canned product has long been tainted. It's known as the "poor man's food" and despite being a six-ingredient blend of pork, salt, water, sugar, binders and preservatives, luncheon meat is still widely perceived as a mashed-up who-knows-what packed into a can.

Image issues aside, the canned product is high in salt, loaded with fat, and filled with cholesterol – but Yeung says it doesn't have to be this way.

The new product has 40 percent fewer calories, 49 percent less fat, and 62 percent less sodium than the traditional item. It also has no cholesterol.

"Eating isn't just about filling up our stomachs and absorbing the daily nutrition we need. It's also about satisfying our cravings. So I am very excited to finally provide a healthier plant-based alternative," said Yeung, promising a guilt-free treat – but will customers go ham on it?