China's Luckin Coffee finally heard the delisting sound on Friday, but the world heard it four days later on Tuesday.

The Starbucks Chinese rival received a written notice from the Listing Qualifications Staff of the Nasdaq Stock Market on May 15, Luckin said in a statement. The notice indicated that Nasdaq has determined to delist the coffee chain's securities from its stock market. 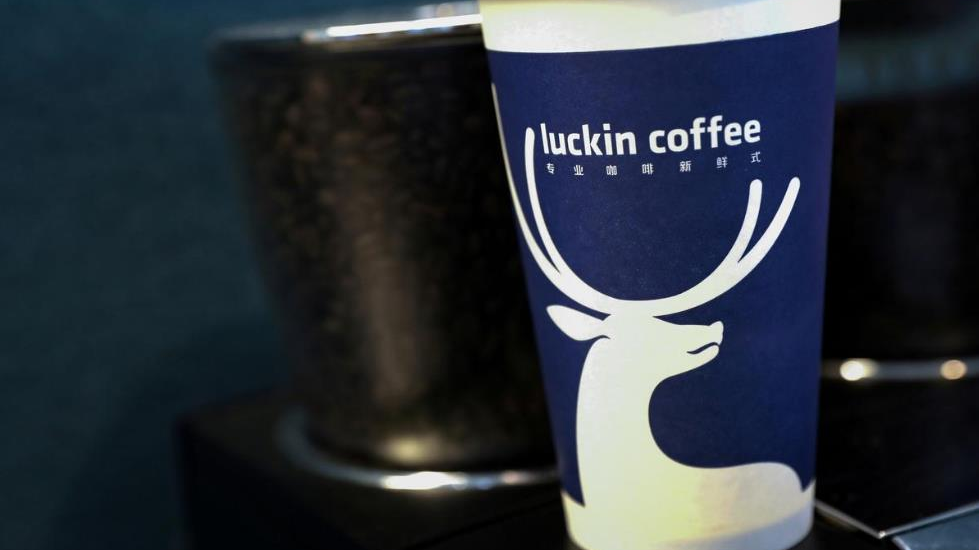 Luckin Coffee displayed during the company's IPO at the Nasdaq Market site in New York, U.S., May 17, 2019. /Reuters

Luckin Coffee displayed during the company's IPO at the Nasdaq Market site in New York, U.S., May 17, 2019. /Reuters

The determination cited two violations of the Nasdaq Listing Rule:

The company said it planned to timely request a hearing before a Nasdaq Hearings Panel, pointing out it will "remain listed on Nasdaq, pending the outcome of the hearing." According to Luckin citing the notice, the hearing normally will be scheduled to occur approximately 30 to 45 days after request.

On April 2, Luckin disclosed that "the aggregate sales amount associated with the fabricated transactions from the second quarter of 2019 to the fourth quarter of 2019 amount to around 2.2 billion yuan (10.02 million U.S. dollars)," two months after short-seller Muddy Waters Research temporarily shorted its stock with an 89-page report.

The accounting scandal has embroiled the coffee chain in a huge crisis, and was denounced by China's securities regulator saying listed companies should strictly obey related market law and rules no matter where they are.

Charles Zhengyao Lu, chairman and founder of Luckin Coffee Inc., apologized for the bad influence caused by the incident in his statement on Thursday, and expressed his disappointment and regret as "Nasdaq asked the company to withdraw from the market without waiting for the final investigation result, which was unexpected."

He firmly believed that Luckin's business model is valid. "The company's annual revenue has continuously grown since its operation. And now, despite the double impact of the epidemic and the scandal, thousands of stores of Luckin are still striving to maintain operations."

"I am willing to accept any investigation," Lu said, claiming that almost all the money he has made since the beginning, as well as the funds pledged by Luckin Coffee stocks, is used to support the operation and development of the company.