Fate of China should be in hands of its lawmakers, not those of the U.S.
First Voice 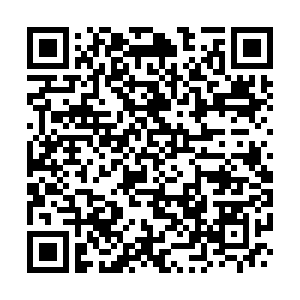 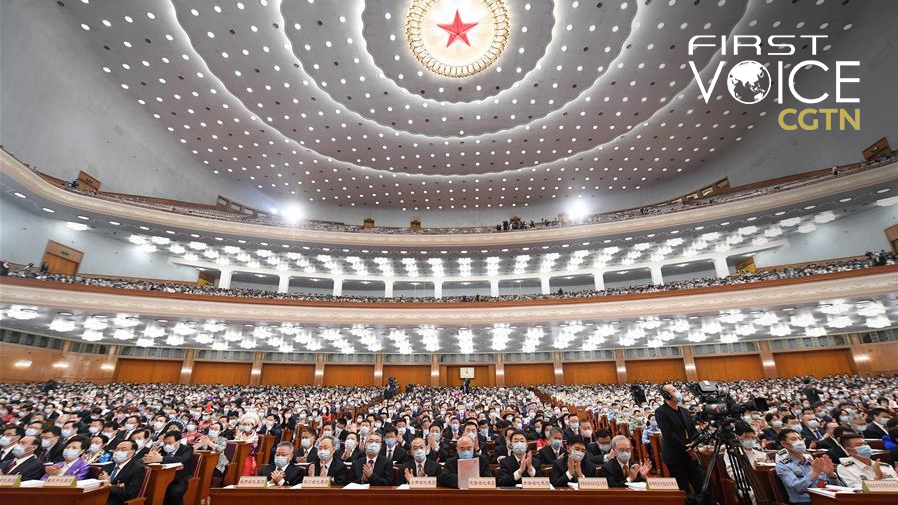 The third session of the 13th National People's Congress (NPC) opens at the Great Hall of the People in Beijing, May 22, 2020. /Xinhua

The third session of the 13th National People's Congress (NPC) opens at the Great Hall of the People in Beijing, May 22, 2020. /Xinhua

U.S. lawmakers voted on May 27 to pass a bill to sanction an official of China's Xinjiang Uygur Autonomous Region. In the same week, also in the U.S. House, a bill proposed by a Democratic senator named "Sanctions Bill to Defend Hong Kong's Autonomy," that if it were to pass, would sanction anyone violating "China's obligations to Hong Kong under the Hong Kong Basic Law."

Who do the U.S. congressmen in the House think they are? Whether the situation is in Xinjiang or in Hong Kong, they are all China's internal affairs and should be decided by lawmakers in China, not in the United States.

The U.S. lawmakers should ask themselves where they are from, whom do they represent, what they should do. Their nationality should be American and not Chinese. They should speak for the Americans, not the Chinese. Their interests should lie in the 50 states of the U.S., not the provinces or the autonomous regions in China.

Instead of deciding Chinese people's own fate, they should pay special attention to the fate of the American people who have seen the death toll from COVID-19 topping 100,000.

"The great plague at Athens wiped out as many as 80,000 people (a fourth of the population of Athens at that time). After the Athenian plague, Athens could still ward off a Spartan victory, but it lacked the resources to vanquish the Spartan empire," Victor Davis Hanson, a military historian from the Hoover Institution at Stanford University, wrote in his assessment of that ancient event.

Hanson has warned that the pandemic might change the world order if it were neglected by a major nation.

But make no mistake; bashing China cannot keep America great. "Like it or not, the United States will need to adjust to this new reality," said Professor Graham Allison of Harvard University in "The New Spheres of Influence," an article published in Foreign Affairs that noted other powers like "China and Russia have carved out their own spheres of influence." 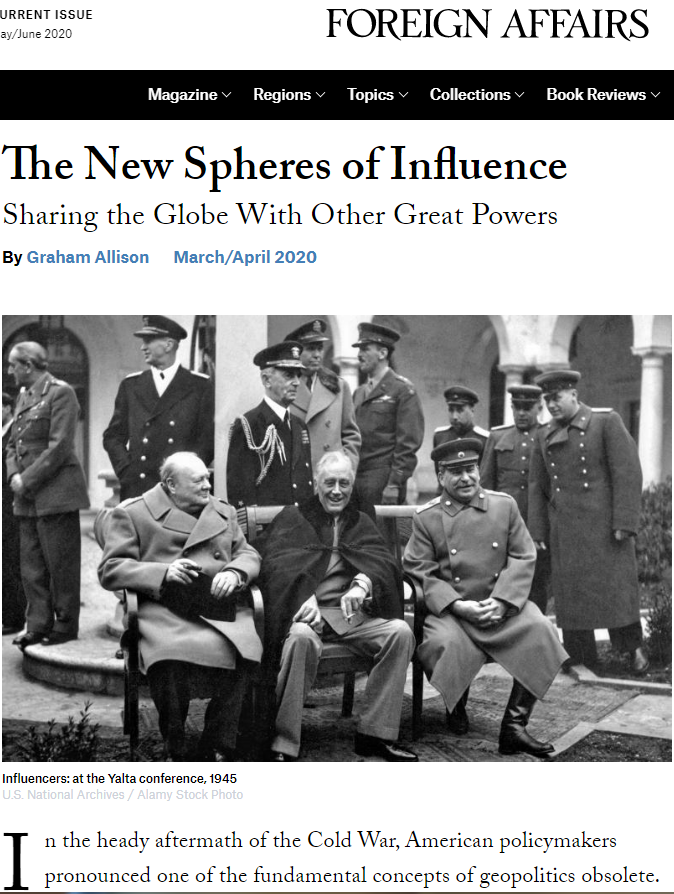 Screenshot of Graham Allison's article "The New Spheres of Influence" on Foreign Affairs website says that the United States needs to share the globe with other great powers.

Screenshot of Graham Allison's article "The New Spheres of Influence" on Foreign Affairs website says that the United States needs to share the globe with other great powers.

If the Trump administration is unable to safeguard his own citizens' lives, then it is for the U.S. House to act quickly for the American citizens and do so in a responsible way. If the U.S. congressmen don't know how to make plans for their own country, that's their inability to be lawmakers. Then they should learn from their counterparts in other countries. We invite them to turn on their television and watch the current China news on the Two Sessions.

In this year's Two Sessions, China is going to enter an era with a civil code. Huo Zhengxin, professor of law at the China University of Political Science and Law, said recently in an article that it "represents a milestone for both the protection of human rights and the promotion of rule of law in China."

This speaks it all. Firstly, it highlights China's protection of human rights. The U.S. criticizes China's human rights situation every year, especially in China's Xinjiang and Hong Kong, but they haven't seen the huge progress that China is making annually.

In the past, some parts of Xinjiang were very poor because of harsh natural conditions, but thanks to China's anti-poverty battle, the fate of Xinjiang's children is getting better.

"The children can enjoy all kinds of preferential policies. No tuition fees are necessary and they are provided with free meals, heating and textbooks," said Cheng Shangcai, Party chief of the Sunshine Elementary School's CPC branch, in a recent interview with CGTN.

Speaking of Hong Kong people's livelihoods, Elsie Leung Oi-sie, Hong Kong SAR's former Secretary for Justice, responded in an interview with CGTN's The Point with Liu Xin that the freedom of speech, the freedom of the demonstration and assembly, the freedom of religion have been well protected by the Basic Law, since Hong Kong's return to China in 1997.

Although there have been some chaotic situations recently, to better protect Hong Kong people's rights, laws have been amended in the years following. In this year's Two Sessions, Chinese lawmakers are voting for a piece of national security legislation for the Hong Kong Special Administrative Region (HKSAR) to punish those who cause great harm to the region's human rights situation.

Secondly, it highlights that China is promoting the rule of law in the country. This means although rioters use violent acts in the HKSAR to destroy the peaceful developing environment, the Chinese lawmakers are displaying law and law only to show China's legal determination against the rioters.

Only by making and amending the laws and legislation can China show its people and the world that this is a modern country with a humane leadership and a rational political system.

The fate of the Chinese people is in China's legislators' own hands. U.S. lawmakers should mind their own business in the U.S. House. They shouldn't stand in line with the Trump administration against China. They are not and mustn't be China's guardians.

China will definitely not let U.S. lawmakers have any say in China's internal affairs, as China is neither a 19th-century nor a 20th-century poor country bullied by foreign powers who are trying to break the nation into different parts, but a 21st-century modern nation for all its citizens to achieve their Chinese dreams freely.